There are still places across Europe where cities and crowds feel a world away. From the ancient trails of Greece’s Zagori to the peaks of Corsica, Chris Fitch explores some of the continent's highlights. If your only experience of Greece is the islands, Zagori could be something of a shock. Instead of bright white-blue houses and Mediterranean beaches, expect to find rustic buildings carved from the surrounding rocky landscapes and enormous mountains with steep cliff faces rippling all the way to the Albanian border far off on the horizon.

While no Zagori visit would be complete without a dip in the freezing but crystal clear Voidomatis river or a hike down some of the ancient trails that criss-cross the terrain, the attraction that draws tourists here from around the world is the dramatic Vikos gorge, the world's deepest gorge (in proportion to width).

'Vikos' is translated from the Slavic word for 'echo', and certainly the way the gorge will reverberate sounds around the walls has to be heard to be believed. 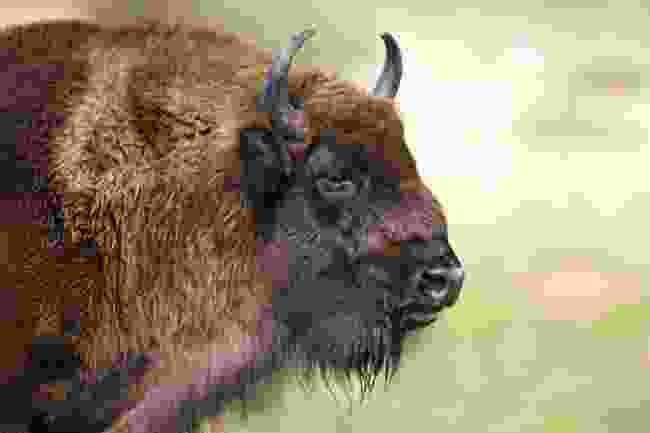 The largest remnant of a once-vast European primeval forest, Bialowieza is a 580-square-mile tribute to a long lost world. Straddling the border of what was once the edge of the Soviet Union (it became the Polish-Belarus border in 1991), it's a haven of wild meadows, deep river valleys and 500-year-old ancient oaks. Despite the many living trees, the walk to the fallen Jagiello Oak, a 400-year-old giant that blew down in 1974, is one of the most popular hikes.

It's a priceless habitat for some of the great carnivorous wildlife, which has been wiped out across much of the rest of Europe, including otters, lynx, wolves and even an estimated 900 European bison. See the animals for yourself at Palace Park, which was walled off by Polish royalty in the 19th century, making it one of Europe's oldest nature reserves.

Alternatively, visit the European Bison Show Reserve and observe the various breeding programs that are helping to reintroduce bison and other threatened animals. 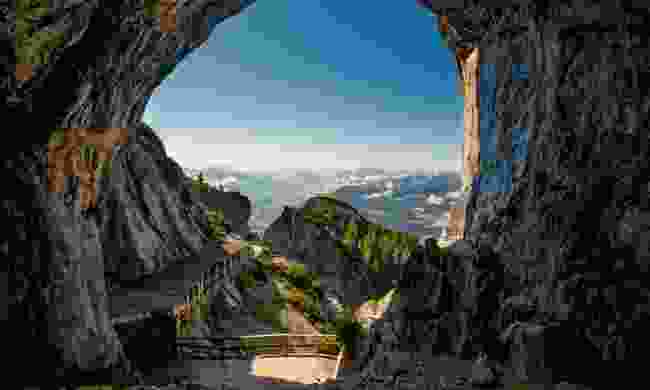 A visit to the Eisriesenwelt allows you to walk in the footsteps of Anton von Posselt-Czorich, who first discovered the cave entrance in 1874, and Alexander von Mork, who, inspired by Posselt-Czorich, undertook the first proper explorations of the cave network in 1912.

What Mork and his contemporaries discovered (Mork was killed in action during World War I, meaning he personally never saw the public opening of the Eisriesenwelt in 1920) went on to become the world's largest ice cave, with over 3,000ft of ice-lined tunnels.

Highlights of walking through the vast ice cave network include huge natural ice columns reaching from the floor to the ceiling, incredible frozen waterfalls and the enormous 330ft high Eispalast (ice palace), containing walls with ice up to 23ft thick. 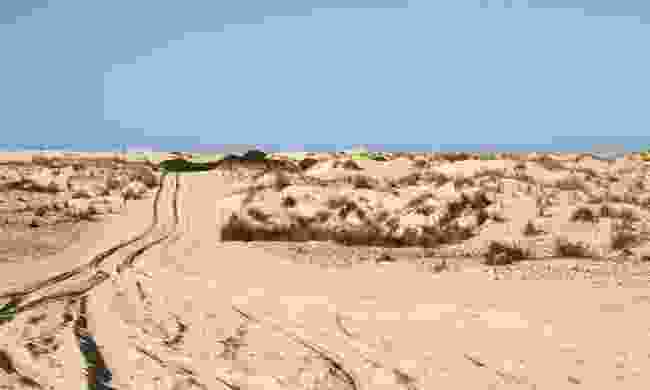 Tucked away in the most south-westernly corner of the Iberian peninsula, these remarkable wetlands at the mouth of the Guadalquivir river are a diverse mix of vast marshlands, lagoons and woodland, and comprise the largest nature reserve in all of Spain.

Despite the twin threats of wildfires and large-scale dredging of the Guadalquivir, it has stood the test of time and is now home to a variety of iconic animals, from deer and boar to the vulnerable Spanish eagle and the endangered Iberian lynx. Most importantly, it is an absolutely vital safe haven ground for an enormous variety of birdlife, including over half a million waterfowl who spend the winter here.

Experience the best of the natural environment by exploring the network of hiking and cycling trails to view the vast dune systems of Matalascanas and Asperillo. 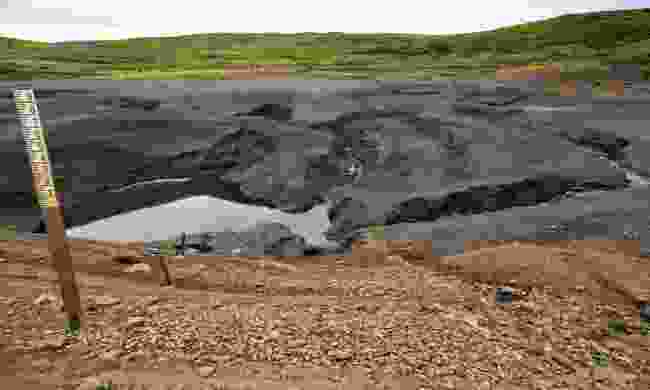 'Water ran out' is the Gaelic translation of this lake name, which effectively summarises the unique and bizarre characteristic of this local feature. Informally known as Northern Ireland's infamous 'Vanishing Lake', the basin can go from almost entirely empty to up to 20ft deep in just 12-to-18 hours. Equally, an entirely full lake can completely vanish in just a few days.

To this day, where exactly it goes and how it gets there remains a mystery. It may be that this entire rugged landscape of the Causeway Coast and Glens district is riddled with underground cracks and fissures, which allow water to disappear below ground and then mysteriously reappear in some distant location.

Nearby coastal trails and dramatic beauty spots include the famous Giant's Causeway and seabird dominated Rathlin Island, so ensure you explore the surrounding area. 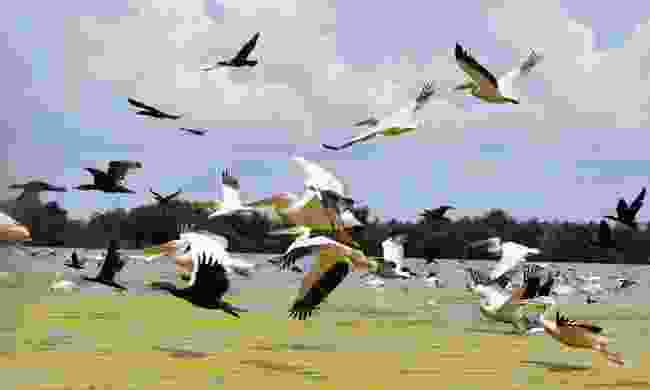 Pelicans fly over the Danube (Dreamstime)

After navigating its way over 1750 miles, through 10 countries and four capital cities, the Danube has a huge amount of water to be discharged when it finally reaches into the Black Sea, and the pristine wildlife haven it creates is ripe for exploring. Overall, this 2,200 square mile landscape comprises Europe's largest continuous marshland.

Try a Danube river cruise or kayak hire from the eastern Romanian city of Tulcea, and enjoy the rich birdlife (over 300 species), dense vegetation and occasional other wildlife that roam into this dense network of waterways, forests and small islands.

Biodiversity hotspots, such as the Letea and Caraorman forests, are strictly protected, and therefore accessible only with a qualified guide. 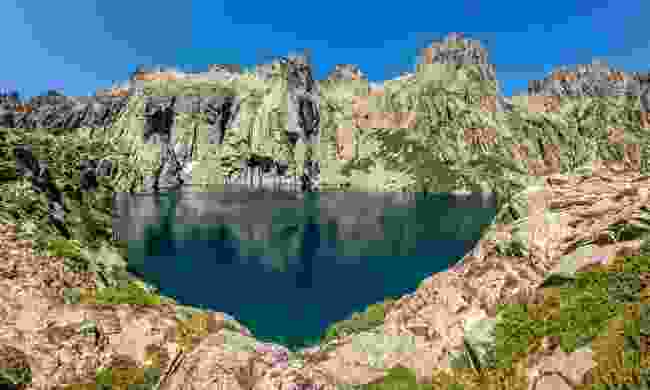 They call the GR20 the hardest hiking trail in Europe. Over 110 miles long, it crosses the French island of Corsica from north to south (or vice versa) taking in harsh rocky terrain and thick vegetation as it goes.

The inner landscape of this Mediterranean island, contained predominantly inside the vast Parc Naturel Regional de Corse, is rugged and unforgiving, home to wild mouflon (wild sheep), red deer and an immensely diverse array of birdlife.

The GR20 has basic shelter and places to buy food and water during the peak summer months, but outside of this window hikers are required to carry all supplies with them. During winter, the trail is covered in snow in large sections, so it's recommended for experienced Alpine climbers only.

If you do fancy the GR20 challenge, ensure you visit the spectacular glacial lakes of Nino, Melo and Capitello, and take a brief side trip to Monte Cinto, the highest mountain in Corsica.

The record time for completing the GR20 is a jaw-dropping 31 hours and six minutes, posted last year by French ultra-runner Francois D'Haene. 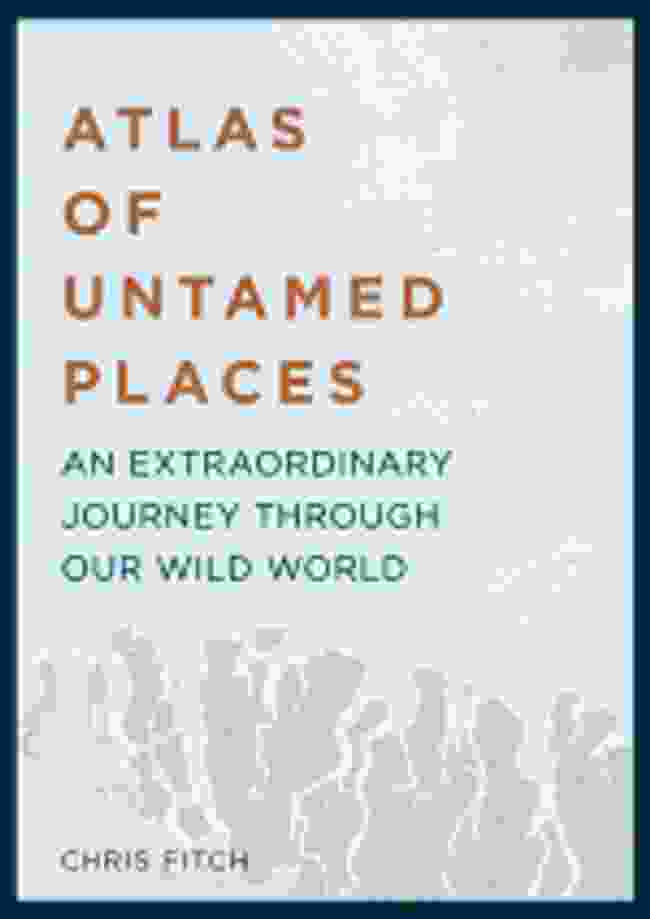 Chris Fitch is senior staff writer for Geographical, the official magazine of the Royal Geographical Society, and author of Atlas of Untamed Places: an extraordinary journey through our wild world, published September 28 by Aurum Press.

For more on the book, see www.quartoknows.com.

You can buy it HERE.