Dervla Murphy’s new book, Between River & Sea, recounts her experience of living among Jewish Israelis and Palestinians in Palestine and Israel. We caught up with the unstoppable Irish author...

This article was first published in the April 2015 issue of Wanderlust – out now! To buy your copy – and read our Bucket List Special, featuring Antarctica, Galapagos Islands, India, Cuba, the Trans-Siberian Express (and more!) – click here


Was the Israel/Palestine trip something you’d been planning for some time?

Not really. But I suddenly realised that this [the Palestinian problem] was something I’d been avoiding thinking about. Once I visited, I realised it was much worse than I’d imagined, and also more complicated. It seemed that the best way to deal with it was to go and live in a refugee camp, and Balata is the biggest camp on the West Bank. However, the more you look, the more complicated it gets. Spending longer there doesn’t resolve any of the complications. It just ties them up.

In the book you mention Northern Ireland several times. Did you see parallels?

Yes, but I don’t think one should draw too many parallels. I suppose injustice is what the cases have in common, but the north of Ireland can’t be compared with what the Palestinians are going through. Just imagine if after the big bombing in Hyde Park that the RAF had levelled the nationalist half of Derry city, and evicted all nationalists from their homes? Imagine the horror if the British had sent their air force to take that sort of revenge on the ordinary people of the north because of various atrocities committed by the IRA in Britain? That is the best way of illustrating the huge difference between the two situations.

You comment early in the book that, as a visitor, one can’t be neutral.

One shouldn’t be. And that’s the point. When I found myself writing about South Africa, obviously it was fairly difficult to sympathise with the Apartheid regime, but still I was able, somehow, to stand back from it more than with the Palestinian problem. And the same with the north of Ireland: it was much, much easier to be neutral in the north of Ireland.

So, should tourists visit the region?

Definitely. The more the better. I think the Palestinians find it a great help when tours come and stay with them, not staying in tourist hotels. There are these various family guesthouses now and since I was there in 2009/2010 these little establishments have increased in number so that you can stay with a Palestinian family and simply talk to them – and more than talk to them, listen to them.

It’s not a conventional travel book...

No. I don’t consider it a travel book at all. 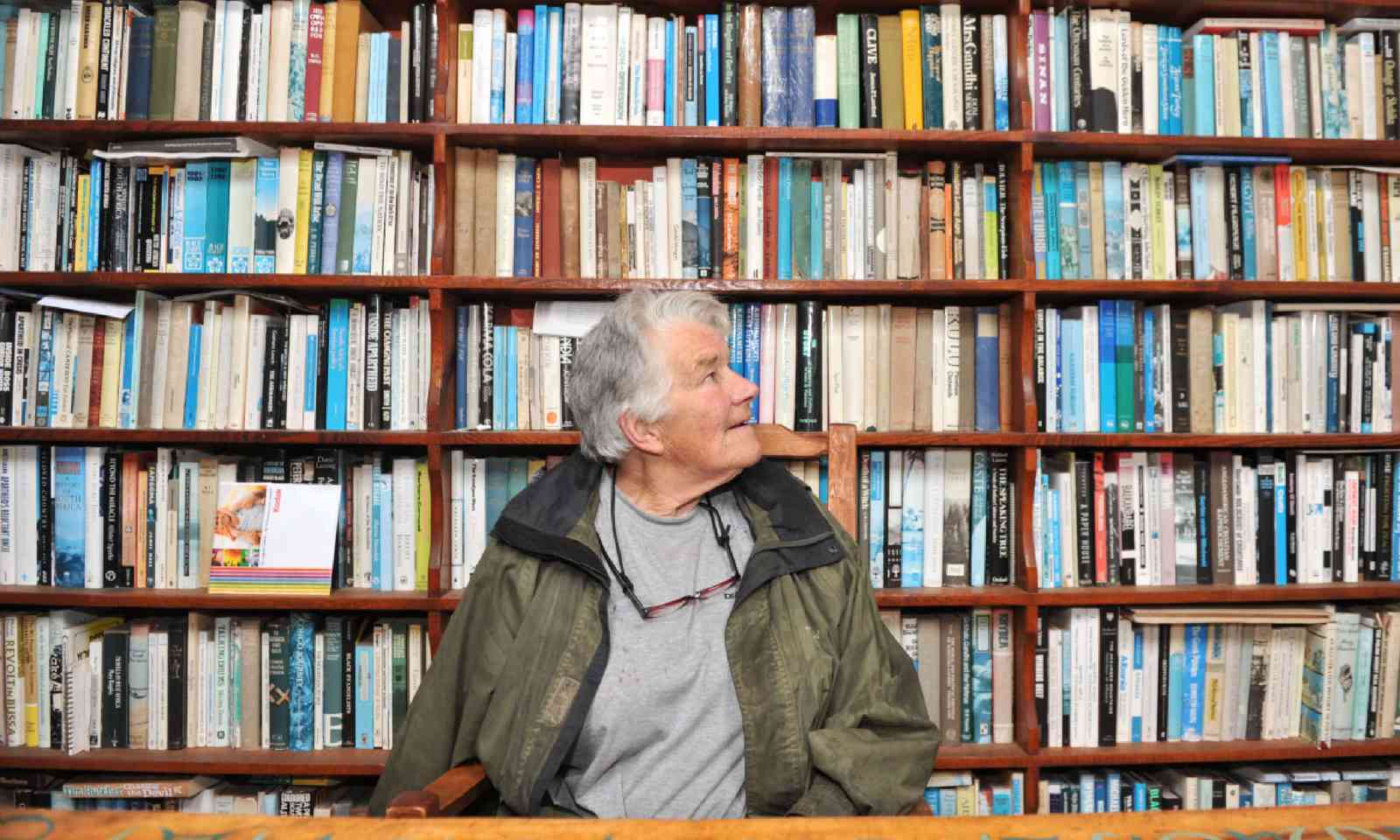 Did you meet many other travellers while you were there?

No. There were quite a number of foreign NGO workers on the West Bank, but travellers? No. Usually I never want to meet fellow travellers but in this case I was wishing that there were many more, and I hope they may have increased since.

I went to Gaza in 2011 and was intending that adventure to form the final chapters of this book, but when I came back, Gaza turned into its own book. Then having hip and shoulder replacements knocked my schedule.

There have been a lot of well researched books about the region. Why do you feel that your book is important too?

I don’t feel it’s particularly important. I think the Gaza book proved that, even though I don’t regard it as a travel book, because of my name most people probably think it is a travel book and therefore they’re going to read it, and therefore they’re going to find out a lot more than they knew before. That’s the only justification for publishing it.

You were an inspiration to a whole generation of travellers, myself included. You’ve mentioned your hip and shoulder replacement, but when you write now it still sounds like the same Dervla. Are you the same traveller?

Have your grandchildren inherited the travel gene?

It’s hard to say. I think they have to some extent, but they will never be able to travel in the way I did 40 years ago, because the world has changed so much. There were so many places where you could get away from motor roads and really enjoy yourself in remote and beautiful places. But now motor roads have penetrated almost all those places, and all that goes with them. 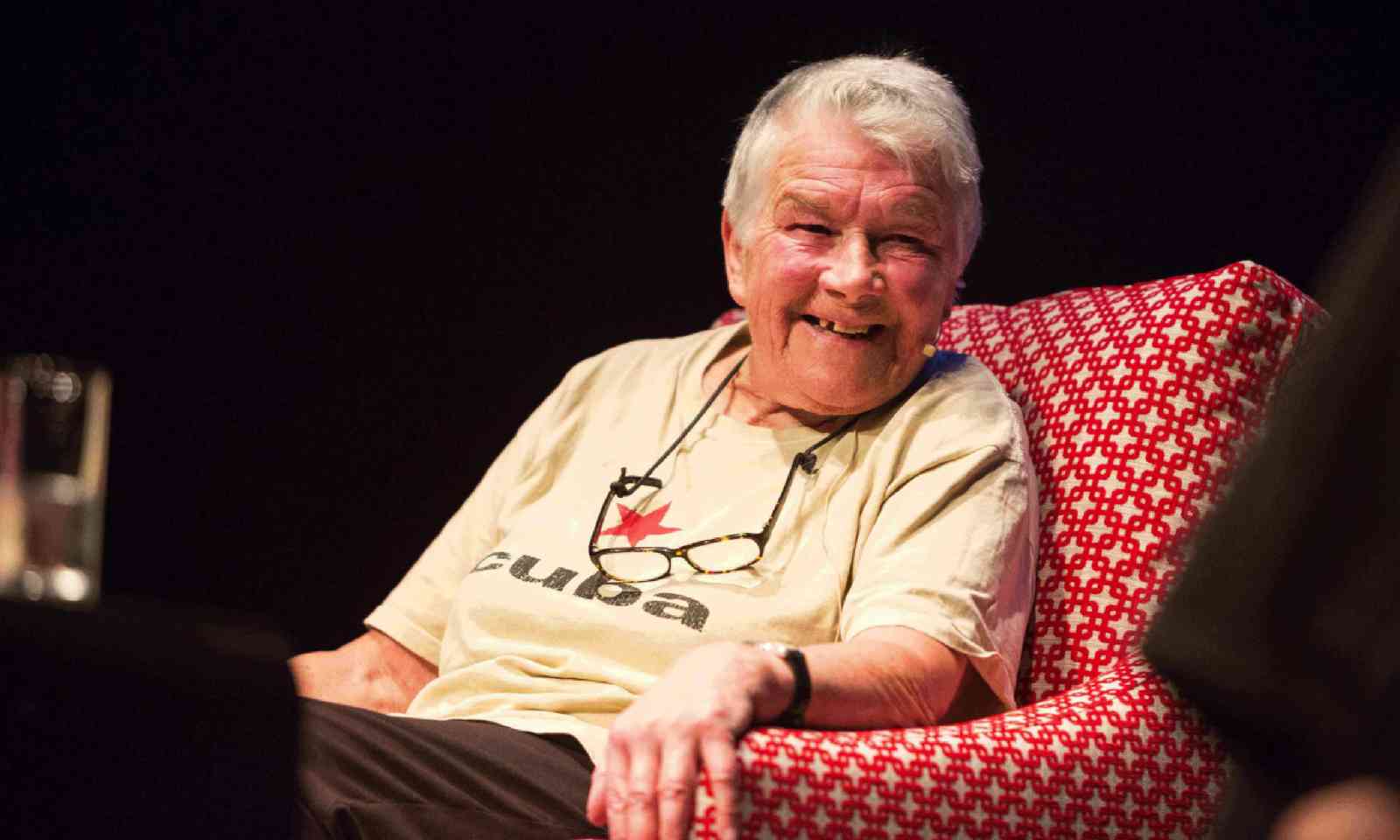 I suppose if you’re young, you don’t appreciate what’s been lost. I think they still feel the same sense of discovery.

The younger generation of parents, people now in their late-30s and 40s, are so overprotective. Last summer, Clodagh [Dervla’s granddaughter], who was 16, decided she was going off to Barcelona, to the countryside around it, on her own. She wanted to go on her own. She went, and we all thought that was a great idea, but the majority of the neighbours were absolutely horrified. “She’s only 16!!” I mean, for god’s sake!

That reaction would have been just the same all those years ago, probably.

I don’t think it would have been the same when I took myself off.

You’ve commented on other travellers sitting in hostels on their iPads and phones rather than talking to each other.

I think it’s just pathetic. If they’re so keen on communicating with their friends and family why don’t they stay at home? It’s just absurd.

Do you keep in touch with your family?

Life at home is fine, but after a certain length of time, even if I can’t travel in the old way, I need to be travelling. I need to be elsewhere.