Dealing with unexpected dangers when travelling with kids

Taking kids to India means running the gamut of travel health issues - but how do you deal for the things you can't anticipate? Will Gray explains.

Upset tummy, Delhi belly, the trots, the squits, exploding poo… no matter what delightful terminology you or your children use to refer to it, the one aspect of travelling with kids in India that’s likely to be foremost in your minds is the threat of diarrhoea.

Our recent trip had its fair share of flatulence and frantic forays to the toilet. Not a trip highlight it has to be said, but at least we were prepared. Reading Your Child Abroad – A Travel Health Guide by Dr Jane Wilson-Howarth (Wanderlust’s health guru) was a crucial part of our preparations (it was on our To Do list right under ‘Apply for visas’ and ‘Buy extra rehydration sachets’).

More alarming, perhaps, were those unexpected health risks that nothing can prepare you for. Like the time, for example, we found ourselves on the road to Bhopal very early one morning (we’d left Satpura National Park before dawn in order to catch a flight to Delhi) only to discover that every truck in central India was also on the road – without headlights and intent on overtaking in the face of oncoming traffic.

Then there were the leeches in Periyar National Park. Actually, that was more of a ‘health highlight’ than a ‘health risk’ – our twins somehow escaped being bitten, but were thrilled by the gory spectacle of my blood-soaked shirt and trousers.

But it was in Madurai, a hot, dusty city in Tamil Nadu, that India delivered its most unexpected body blow. The day began relaxed enough. We were on a family tour organised by Exodus. Our wonderful guide, Suresh, was leading us along a quiet street towards the Minakshi Temple.

The procession seemed to arrive from nowhere. One moment we gazing up at the temple’s spectacular gopuras – 50m tall gateway towers adorned with colourful carvings of deities and supernatural beasts – the next we were swept away like leaves on a irresistible current of people, all of whom were shouting, laughing, dancing and singing as they followed a lone man, stripped to the waist with a 12ft-long metal spike inserted through his cheeks. 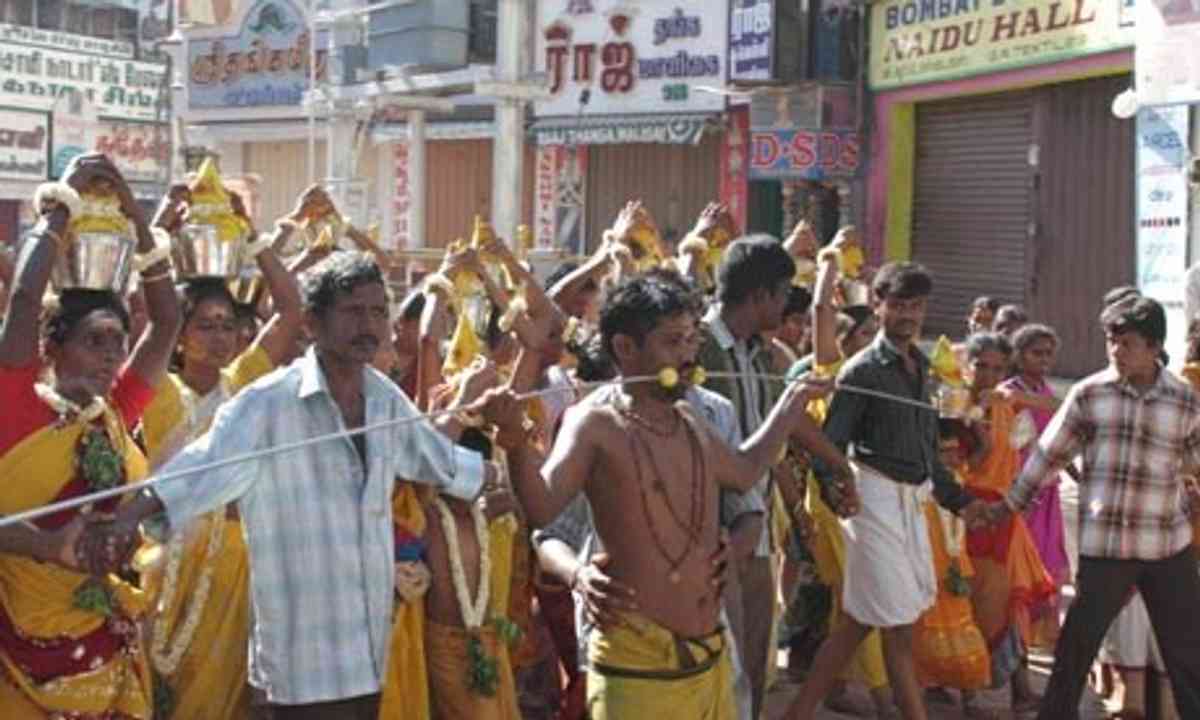 We’d unwittingly been caught up in a Kavadi procession, in which devotees endure excruciating pain to gain merit from Muragan, the Tamil God of War. The swirl of bodies, crescendo of drums and crushing heat reached fever point. For a moment, we were caught up in the furious excitement of it – or at least I was. I’m ashamed to admit that my camera took control of my senses. This was India at its most intensely photogenic and everyone in the crowd seemed determined to get in the frame.

It was only when I caught sight of my wife waving to me frantically from the other side of the street that I knew something was wrong. Poor Joe – he’d hated the typhoid injection before our trip. No wonder the sight of the Kavadi-bearer had been a 'jab too far’. Our nine-year-old son was laid out in the shade, being doused by cold water by Lucy (the mum of another family on our trip who happened to be an A&E doctor back home – thanks again Lucy!). Gradually the colour returned to his cheeks and we sought sanctuary in the cool, colonnaded halls of the temple.

“You okay now Joe?” I overheard Suresh ask him later. “You know, you see things like that in your life and your mind gets stronger.”