Carl Hiaasen: “I love to go way out on the edge.”

Best-selling American crime writer Carl Hiaasen on big crocs in the Everglades, scalping tickets in London and winters in Norway

There’s a certain intrigue to Florida. There are parts of it that are beautiful, and we have the beaches and Disney and Universal and all that kind of stuff. But there’s also this intrigue that I think goes right back to the Miami Vice TV show.

In some weird way, the more dangerous and unpredictable Florida is portrayed, the more it seems to attract more people. Now, we’ve got the Zika virus, toxic algae and crime, but it doesn’t scare people away.

I’ve always lived in Florida. I went to work at the Miami Herald when I was 23. Corruption is a way of political life across the country, but Florida does everything in the extreme. You could write about the palm trees and the algae, but the real fabric of the place is this engine of greed that starts at the capital Tallahassee. It’s all about carving up real estate, the influence of big agriculture and business, with political and social dramas always going on.

If you like satire, it’s a pretty ripe target. The headlines often surpass your wildest imagination when you’re trying to come up with a plot or a character. I used to live down in the Keys and I’ve spent a fair amount of time in Key West. I love the islands down there. My previous book, Bad Monkey, and the new one, Razor Girl, are both set there. You can’t beat the setting. It’s far away from Miami that you can still get on a boat and drive out, go fishing, and get away from everything, just 15 minutes away from the dock. For a writer, it’s a great place because you can relax a little bit and you don’t have the grind of an urban crime novel. The characters are quite colourful down there in real life, so it’s not really hard to come up with a cast.

I also love the Everglades. I love to go way out on the edge. There’s a lot of concrete, paving and condos now, but when I was a kid there was nothing out there. Now, the trick is you have to go further and further to find the right spots.

I get down to the Ten Thousand Islands area on the southwest coast as often as I can. It’s truly a maze of mangrove islands. If you know where you’re going, you won’t lay eyes on another boat. I go fly-fishing for carp and stuff like that. That’s what I’ve done since I was little. It’s still a great experience to find somewhere that looks the same way it probably looked 5000 years ago. It’s a very rare thing to be able to in a state with 20 million people. That part of the Everglades remains fairly impenetrable. You have to know where you’re going in a boat. It’s not just easily accessible like the Florida Keys are. It’s more remote and it’s not for everybody, there are bugs and mosquitoes there and critters. There are gators and crocodiles. But that’s the kind of place I couldn’t be happier. Seeing a 12-foot crocodile, I couldn’t be more happy. I’d much rather hang out in that kind of a place than somewhere where you have a busload of tourists pull up next to you.

When I was in my 30s, because I love fly-fishing, I’d heard a lot about Montana. I couldn’t find anyone to go with me, but I decided to go. I got off the plane in Missoula and just looked around at the mountains - I’d never seen a mountain in my whole freakin’ life. It was about 90 degrees in Florida and about 55 degrees in Missoula. 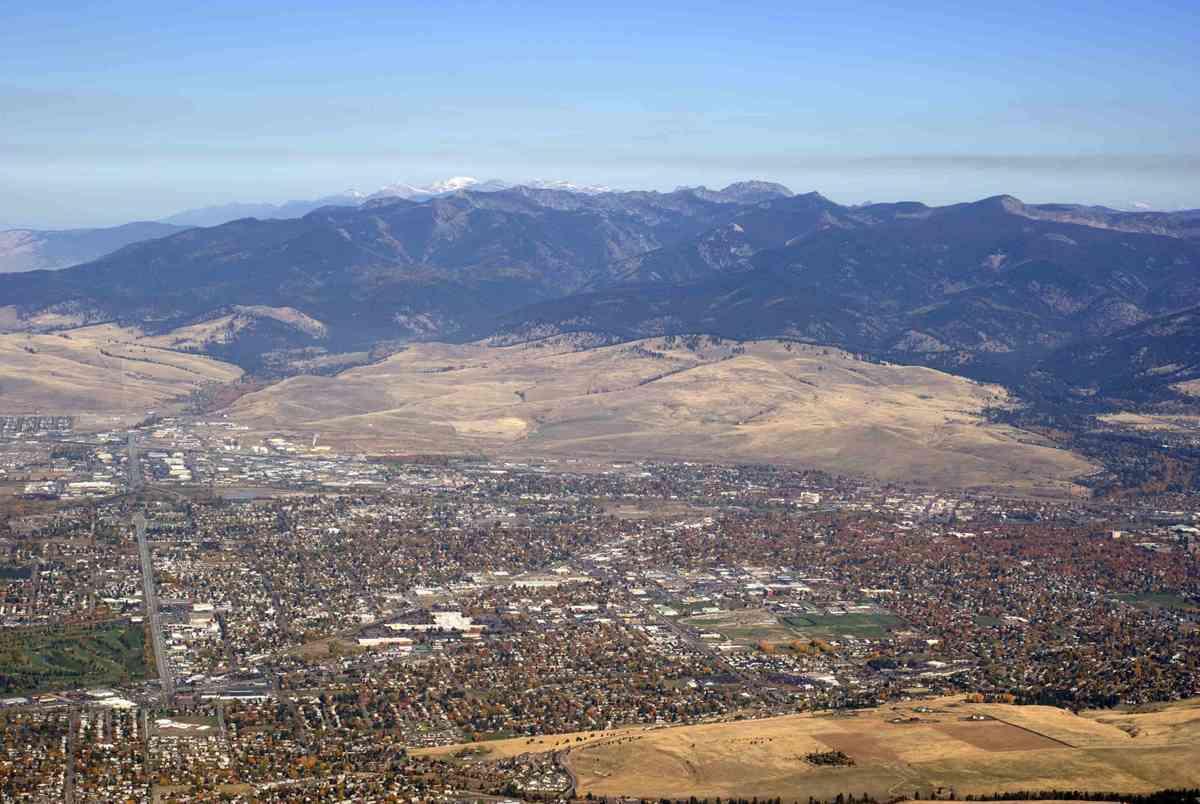 It was so different than anything I’d experienced as a kid growing up in Florida. I stood there, looking at these mountains, and I thought “The great thing is that they can’t wreck this place, because they wouldn’t be able to pave these mountains.”

I did a lot of rafting on the rivers out there, an incredible experience. It might not seem exotic to some people, but you have to remember I’d never seen mountains before or fast-flowing rivers. The Everglades is beautiful but this was just incredible. That was my first outdoor adventure outside Florida. I had the time of my life.

I’ve been back many times and spent summers out there. My son loves it out there. I love everything about it: the people, the lifestyle, the Cowboy Country.

My wife is from Greece. She was born in Athens and she has a lot of family there. She knows all the places to go. Santorini is her favourite island and probably mine, and we go up and down the coast. We were there recently and we drove a lot, which was interesting. I’m not the world’s most patient driver anyway, so I fit right in there. We went to the archaeological sites, did the Parthenon and everything. That was great. And the food was incredible. We ate a lot of seafood and traditional Greek dishes. There’s also great nightlife. The tavernas are wonderful. You can just sit right on the waterfront in these little towns.

London is a favourite city. I love it there. My favourite book tour experience was in London many years ago. I was in a London taxi and I saw a sign that Eric Clapton was playing at the Royal Albert Hall. I knew there was no prayer of getting legitimate tickets, so I walked down from my hotel and I found a scalper, and I paid some ridiculous amount of money, but I got to see Eric Clapton playing at the Royal Albert Hall. I remember calling my publisher and telling them I could die happy now. I was part of that generation that loved the ‘British Invasion’ and all the music from that time, The Beatles and The Stones and The Who and, of course, Clapton. London has always been a cool place for me to go.

My family is from Norway originally. I went there on a book tour years ago. I believe it was January. I’m a Florida guy and, let me tell you, January in Oslo was tough. There’s a tiny place that has the same name as I do, Hiåsen, though it’s spelt and pronounced differently. It’s around 100 kilometres out of Oslo. Someone told me they could take me there to see the other Hiaasens, which was nice. I found a stone that my great-grandfather had etched his name into before he got on the boat to America to find work. That was cool to see. The guy I had driving me around was like a cab driver from one of my own books, only Norwegian. I also had my first and only taste of reindeer meat when I was there, so I got that out of the deal. They were wonderful people there. But I’d love to go back to Norway when it’s summer.

I’m not a wonderfully serene plane traveller. The idea of sitting in a steel tube for 13 hours to get anywhere preys on my already fragile brain. I’m embarrassed to tell you I’ve never been to Africa. The place I’d really like to go to is New Zealand. My friends have told me so much about it, and it sounds wonderful. But I understand you can’t get there by car.

But no matter where I go in the world, I always end up a little bit homesick. I always feel good when the plane’s coming in and I can look down and see the beaches, the Everglades and the other parts of Florida, and I know I’m home.