Bryan Cranston: “Travel does something for me.”

Actor Bryan Cranston (Breaking Bad, Trumbo, The Infiltrator…) on exploring London, why New Orleans is a “problem location”, and the road trip that changed his life


California was a great place to grow up. I grew up in the San Fernando Valley, a community north of Hollywood. My childhood was not as bad as some, worse than others, but you just make the best of it.

It was devastating when my dad left us. I remember lying to my friends who lived in the neighbourhood, telling them, “You don’t see my dad, because he comes home at night and we play then.” Up until that point, it was a very loving nucleus of a family, and then it wasn’t, for reasons only my parents could explain. 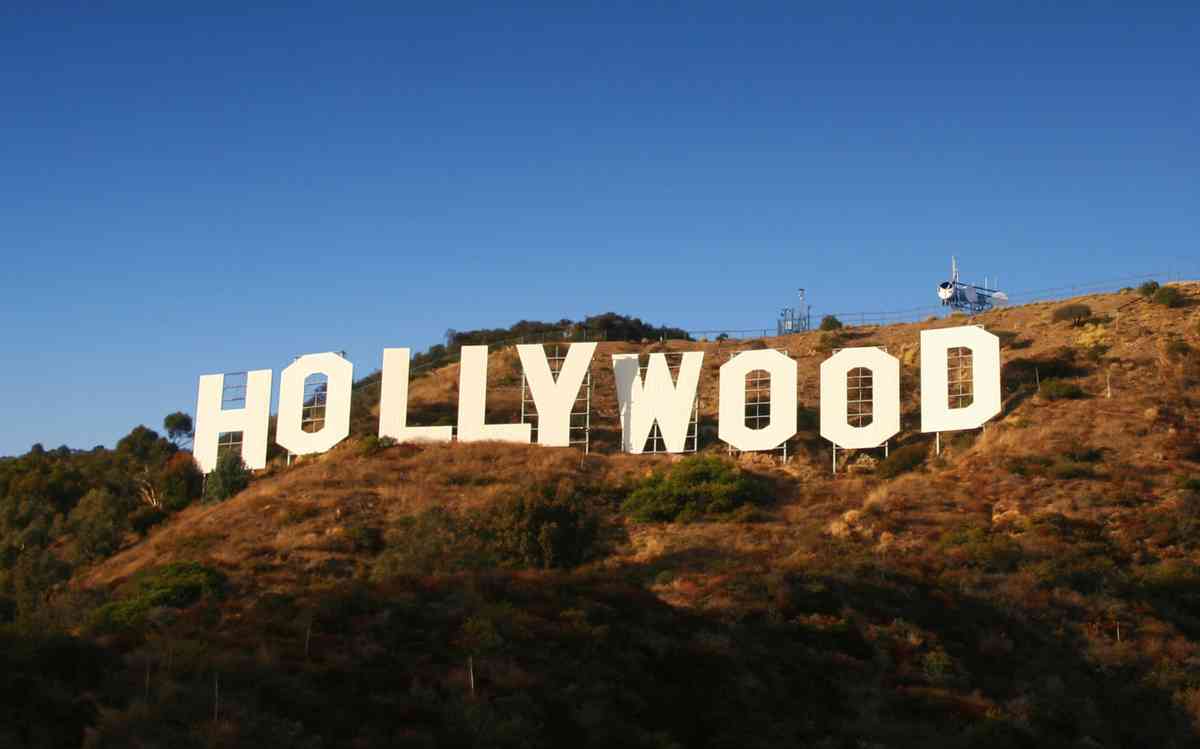 My dad and my mum were both actors. When you look at it, it’s not so unique: I went into the family business. It was a pathway I didn’t want to follow. I was going to be a policeman and do something more solid and acceptable. Police work was something I stumbled on that I had an aptitude for.

Then I had an experience with a young lady in an acting class and I thought, “Wow, that was amazing. Maybe I should pause for a second before I commit to police work and see what else is out there.” 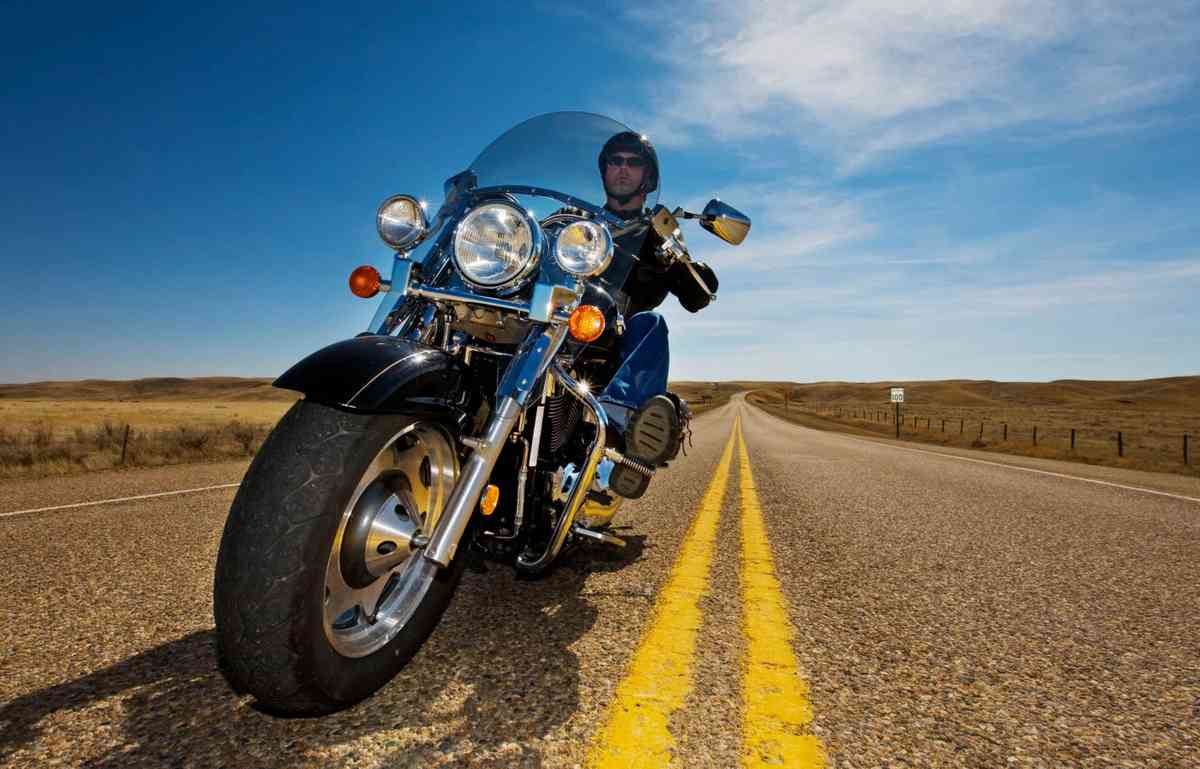 Motorbike on a road trip (Dreamstime)

So, I set off from California for two years of riding a motorcycle across America. This was just after that acting class. I’d realised acting was a powerful experience and maybe I didn’t want to be a policeman. So what should I do? I decided, along with my brother, to hop on some motorcycles and travel for a couple of years. In retrospect, I see what I was doing: I was allowing myself to get lost, so I could be found.

We crisscrossed around America. We hit around 40 or 45 of the 50 states. The only area we didn’t go into was the Pacific Northwest and Idaho, Oregon, Washington, but we did hit all of the Eastern seaboard and Midwest states. 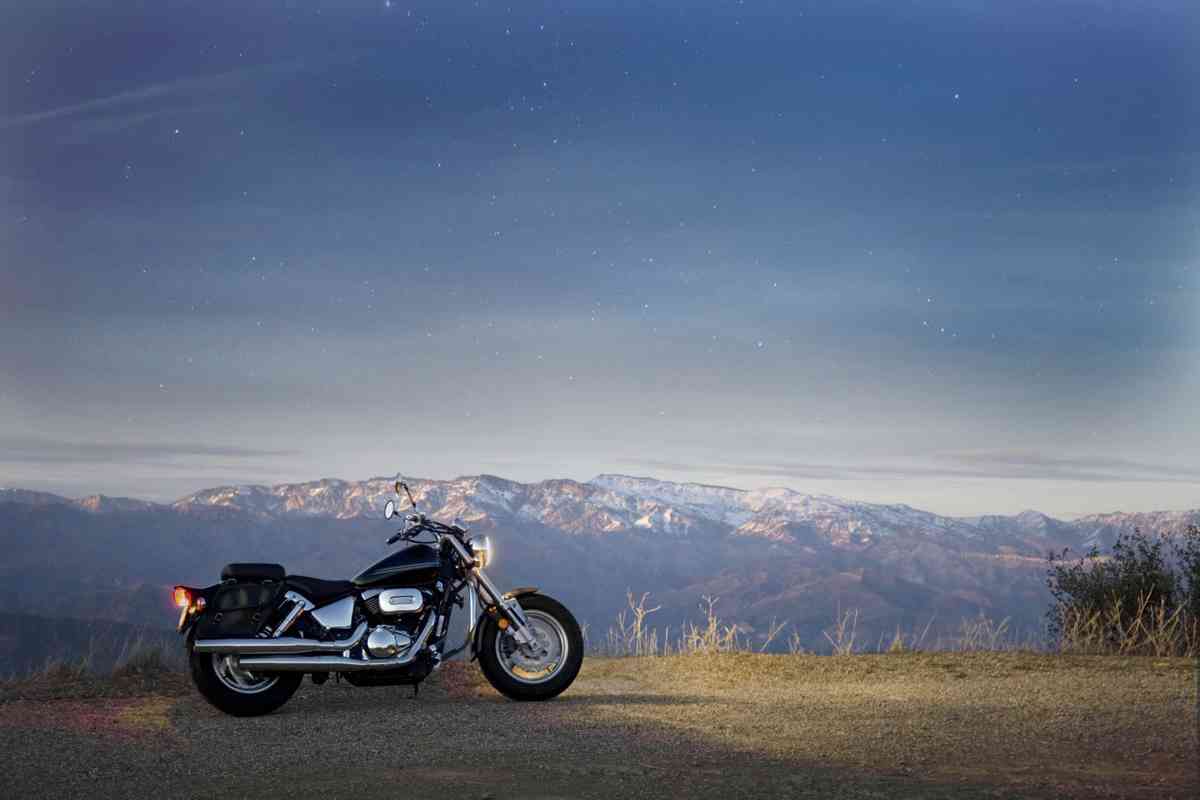 We really discovered ourselves. You find out how resilient you are, how inventive you are, how tolerant you are when you’re travelling.

Every person you meet is a new face. That’s the thing that dawned on me. In our society, we make our friends and have our colleagues at work, and we see them every day, but when I was travelling, I didn’t see anyone more than one time and, for all I knew, that would be the last time I’d ever see of them. Every person is a stranger.

One place that definitely stands out for me from that time on our motorbikes is Blue Ridge Parkway in Virginia, where I had an epiphany. It was pouring with rain. I didn’t know where we were; there was no GPS in those days. We were at a rest stop and I could see the water cascading off a roof in vertical lines, almost like bars of a cell. We were trapped there for six days because of the rain. 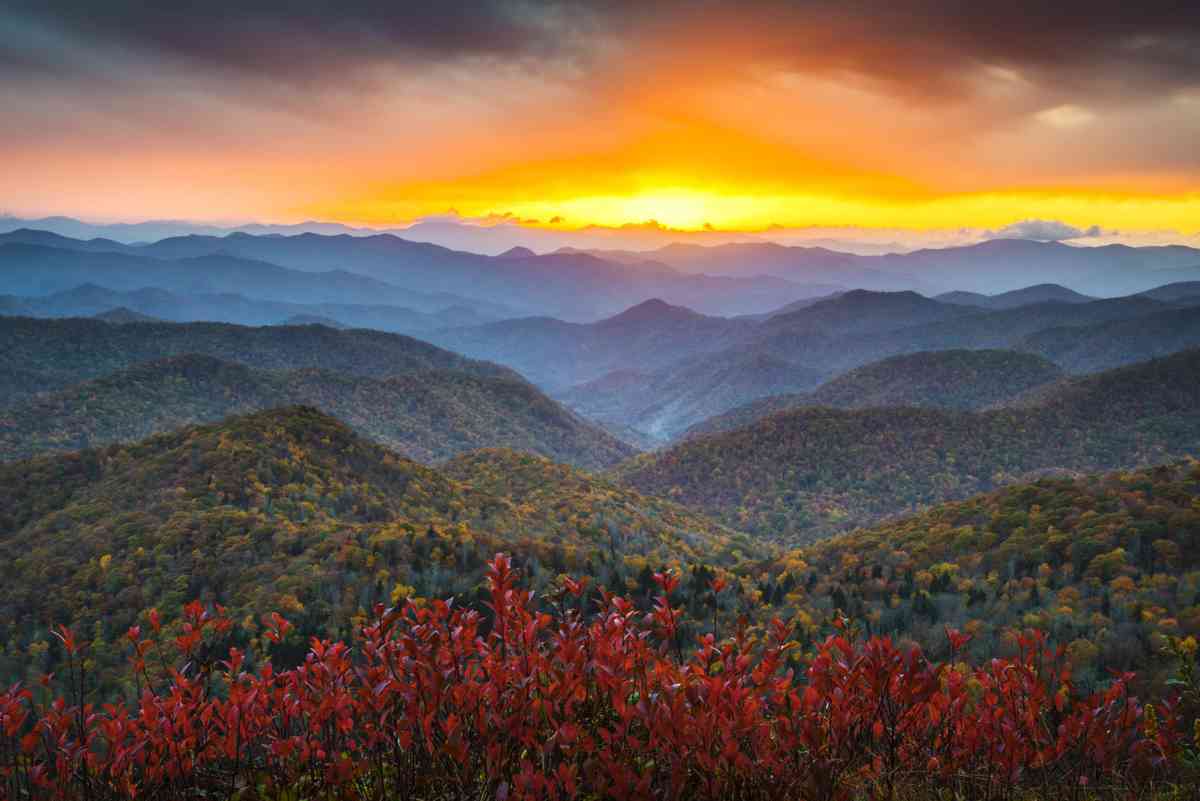 It was quite an experience to try to occupy our minds and our bodies. We were doing press ups. This was on a small slab of cement, just enough to put both our motorcycles up on, a little picnic table and our little bunkettes. That was it. We were crammed in there.

While we were there, I had an epiphany where I was reading Hedda Gabler, an Ibsen play, and by the end of it, I’d missed the transition from day to dusk to night. That had never happened to me before. I marvelled at how that was possible, and I realised it was the transformative power of storytelling that allowed me to just cave in to it and have the story carry me away. This was the moment I was sure I wanted to be an actor.

I realised this was something I really enjoyed and would hopefully become good at, rather than the policework, which apparently I was good at but didn’t love.

It’s strange to think about now. I guess I’d have been a pretty good cop. I think I would have adapted to life as a policeman and been very effective. I’d have been long retired by now and probably working some second job to pay some extra bills or travelling in a recreational vehicle around the world. 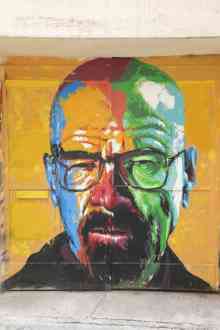 Travel does something for me. Acting itself is an adventure into the unknown, and I like doing that physically to, with travel.

I don’t mind being lost. I can figure out where I am, and sometimes you stumble upon interesting places and people and things. It’s really interesting to me to go on adventures.

I travel all over now with my work. I’ve shot in Mexico. I’ve shot extensively in Canada and Prague.

I’ll forever have a place in my heart for Albuquerque, New Mexico and the landscapes there because of what it meant to me, with Breaking Bad and changing my career. I love the stark contrast of the desert to the blue skies to the green. It’s a fascinating area. I met some really great people, and the landscape and the place was a bona fide character of the show. Without it, I’m not sure the show would’ve been the same.

I was in London when we filmed The Infiltrator. I love London. I had a flat in Mayfair and loved walking around. It was a great time. We had good weather.

For Godzilla, a lot was filmed in Hawaii, but I filmed my parts in Vancouver. That was another great city. I love it there. It’s beautiful, with great food, good people. 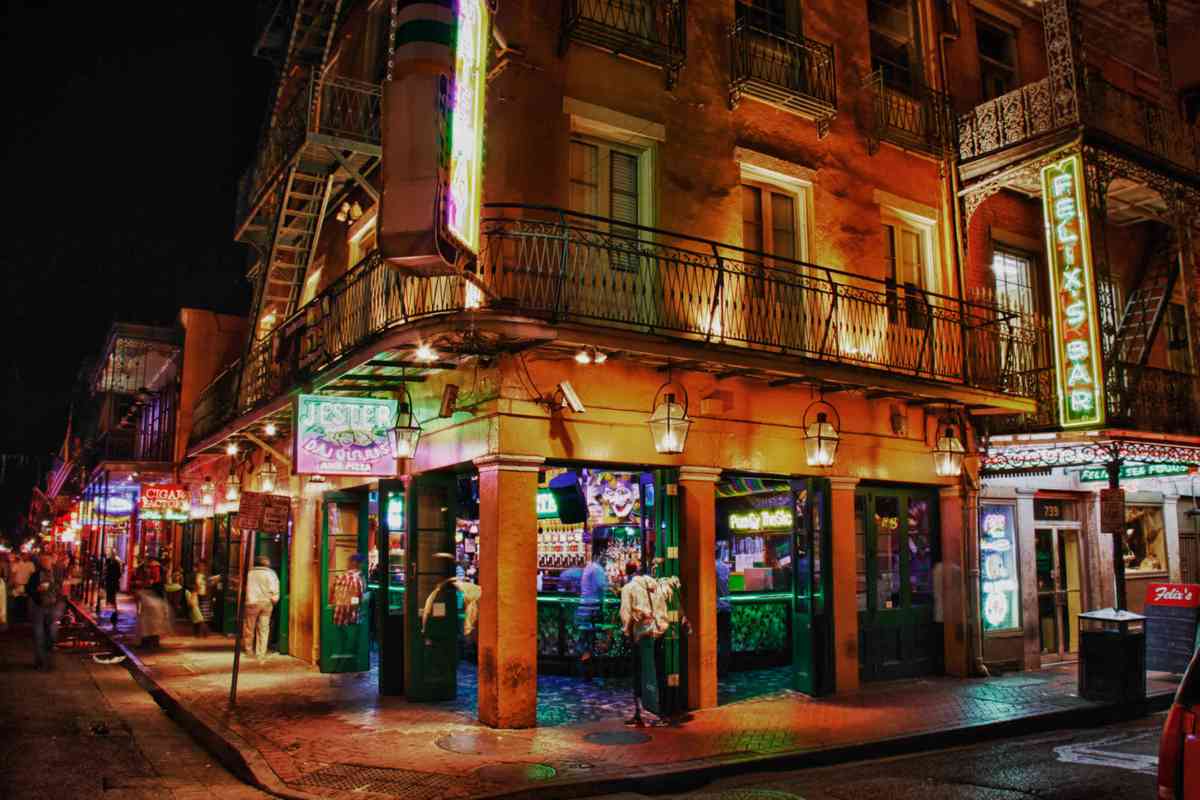 I also love New Orleans. New Orleans is a problem location, though, and the problem is that you can’t go out to eat and possibly diet in any way, shape or form. The food is too rich and too delicious. I would often just turn down going out, because I couldn’t control it. I’d just say, “I’ve got to have another bite of this,” “I’ve got to have another bite of that.” I was bursting at the seams.

I had a lovely house in the Garden District, and again met a lot of hospitable people, really sweet. I liked the feel of the ‘Gator Country and the Spanish moss in the streets, which is beautiful. I really enjoyed my time there tremendously. 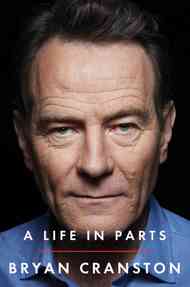 Bryan Cranston’s autobiography A Life In Parts is out now, published by Orion (£20).

Fancy your own American adventure? Check out these incredible holidays to book now:

Rockies and Yellowstone in Winter