If you wrap up warm and embrace the chill, you’ll find that even in winter Dorset’s wild beaches and coastal paths have a certain charm, says Sarah Riches

Apparently, size does matter – at least it did according to the medieval folk of Dorset. Why else would they graffiti an 11m-long erection on a hill that can be seen for miles?

Now a National Trust monument, the 55m-tall Cerne Giant is an outline of a man – complete with abs, pecs and the aforementioned member – which was dug out of chalk near the village of Cerne Abbas.

The earliest written evidence of the figure was in 1694 but, of course, the history of Dorset’s hills go back long before then. The Jurassic Coast – England’s only natural UNESCO World Heritage site – spans the coast from neighbouring Devon to Old Harry Rocks near Swanage, Dorset. It is valued because it tells a geological story that started around 260 million years ago.

Fossils can be found on beaches along Undercliffs National Nature Reserve; I even spotted some in lumps of rock in the car park at Durdle Door. It’s little wonder, then, that the area attracts fossil hunters. If you’re interested, just be mindful of landslides and follow Natural England’s guidelines for responsible collecting, such as avoiding disturbing wildlife and only using your hands to collect loose fossils.

Dorset’s coast stretches all the way from Lyme Regis to Christchurch, which means walkers are spoilt for choice when it comes to beaches and clifftop coastal trails.

While the coast is a highlight of any visit, leave time to explore inland, too. Take a boat trip along the River Frome in Wareham, then warm up over a Sunday roast in the Old Granary, next to the town’s Grade II listed stone bridge.

Further inland, you can climb up Gold Hill in Shaftesbury. You might recognise it from Ridley Scott’s iconic 1973 Hovis ad, which showed a boy pushing a bike up the cobbles. At the top there’s a giant Hovis loaf. See? In Dorset, size does matter. 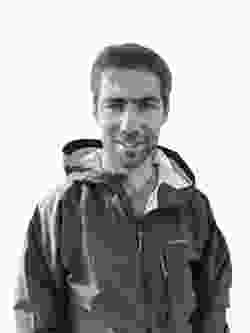 “I recommend the Isle of Portland as a great spot to see wildlife. It has fantastic far-reaching sea views that are perfect for watching resident and migrating birds. It has dramatic cliffs and boasts a huge variety of flora and fauna." 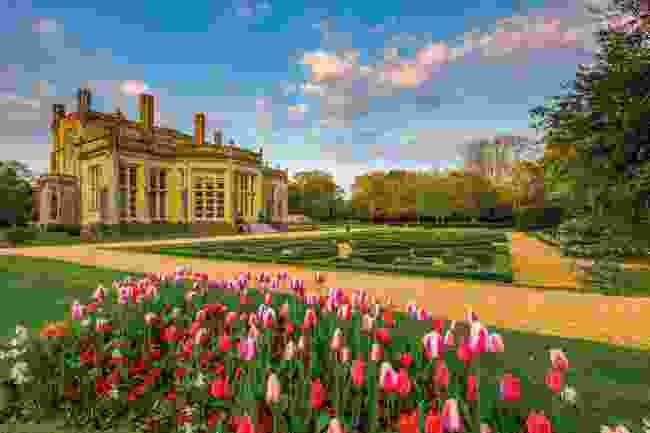 Start by ambling along Highcliffe Beach, then zigzag your way up the hill to Steamer Point Nature Reserve.

After a traipse through the woods, explore the grounds of neighbouring Highcliffe Castle. On a clear day, it has views of the Isle of Wight’s Needles. The Grade I listed castle was built for a diplomat in the 1830s, and visitors included former Prime Minister William Gladstone, Kaiser Wilhelm II and King Edward VII.

It was later home to the founder of Selfridges & Co in London. While you can take a tour, two fires in the 60s nearly destroyed its interior.

After lunch at The Paddle nearby, explore Hengistbury Head, a wild expanse of land that’s now a nature reserve for birds. Allow at least an hour to explore its trails, which overlook Christchurch Harbour and Mudeford Sandbank.

Next, stroll along the stream that snakes through Bournemouth’s Lower, Central and Upper Gardens before dinner. Go for seafood at Neo, which overlooks an illuminated Ferris wheel on the town’s Victorian pier. If the Dorset soufflé is on the menu, order it. 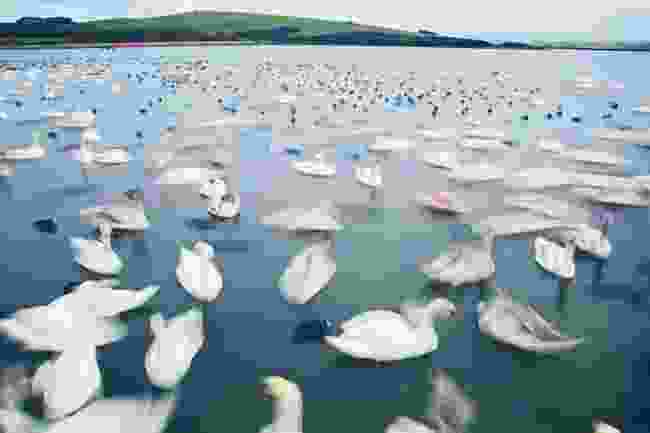 A herd of Swans at Abbostsbury Swannery (Charlie Wheeler)

Brace yourself against the wind and ramble over pebbles at Chesil Beach. Stretching from the Isle of Portland to West Bay, it’s a whopping 28km long – but in winter you may have it to yourself, save for a lone fisherman.

Fleet Lagoon flows between the beach and mainland, creating a lake that forms part of Abbotsbury Swannery. Dating back to 1393, it is the world’s only managed swan colony, home to 1,400 mute swans. Manager Charlie Wheeler says, “We’ve recorded 280 species of bird, including ospreys in winter and the rare scaup duck in spring.”

You might spot otters and dormice, too. On your way out, explore the swan-shaped maze (can you beat my eight minutes?).

From the swannery, follow the South West Coast Path towards Chesil Beach then cut inland towards Abbotsbury Subtropical Garden. Built as a kitchen garden for an earl and countess over 250 years ago, you can now tour its 12 hectares in about 90 minutes.

After lunch in Abbotsbury Tea Rooms, go for cake and tea at the Old Schoolhouse. Later on, have dinner and drinks around a log fire in the Ilchester Arms. 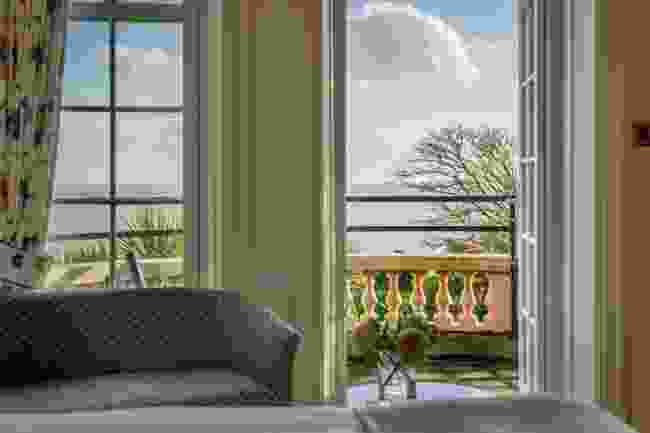 Trains to Bournemouth take two-and-a-half hours from Bristol Temple Meads, or around two hours from London Waterloo. From Bournemouth, there are frequent buses to Christchurch and a ferry from Sandbanks to Shell Bay near Swanage. Having your own car is a big help, especially if visiting Durdle Door and Abbotsbury.

Hotel Miramar, within walking distance of Bournemouth Pier, has a garden overlooking the sea, as does the Grand Hotel Swanage. The Abbey House, with just five rooms, is what’s left of a 14th century Benedictine monastery in Abbotsbury.

4 things to do in Dorset

Durdle Door is a limestone rock arch next to a trio of beaches that look straight out of a James Bond film. From there, a coastal path guides you along limestone cliffs to Lulworth Cove, a beautiful bay shaped like a cockle shell.

2. Kayak off the Jurassic Coast

Take to the waves around Old Harry Rocks in a kayak with Fore Adventures. On a guided half-day tour you might spot seals, dolphins, peregrine falcons and seabirds such as cormorants and oystercatchers. The outfitter also runs foraging and bushcraft workshops.

The market town of Sherborne is home to a Benedictine abbey – the final resting place of two Saxon kings. On a sunny day, the exterior is bathed in golden light, while the inside shines like jewels as rays pierce the stained glass. From spring you can take a free guided tour.

Corfe Castles dates back 1,000 years, when it was built for the son of William the Conqueror. Now a National Trust property, you can tour the ruins or enjoy perfect views from the tea- room garden. Later, catch a steam train from Corfe Castle village to Swanage.