Brian May interview: “I like giving back when I travel”

As he launches the third science, art and music Starmus festival in Tenerife, the astronomer and former Queen guitarist reveals why star-spotting takes him all over the globe

3 mins
This article first appeared in the June/July 2015 issue of Wanderlust 2 to get your copy, click here

Wanderlust: So you’re launching Starmus for its third year – why Tenerife?
Brian May: My life’s very strange – there’s so many threads to it but they all seem to join up in ways that I wouldn’t have expected. Back in 1970 I was a student of physics and after my first unsuccessful trip attempting to star gaze in the Italian Alps – it was far too cloudy! – I went to Tenerife. There I was based in one of two tiny huts, at the top of a volcanic ridge.

Some of the time I was completely on my own – there was no mobile phones back then so I just got on with my observations. I spent a lot of time feeling very small and young and inept, as you do, but gradually learning how to take care of myself. That hut was the beginnings of what is now the Observatorio del Teide – where we hold the festival.

So it sounds like both you and the festival have grown with the island…
Absolutely; Tenerife was part of my growing up process. I love it, especially the Central Volcanic complex where the observatory is. They’ve carefully kept it undeveloped – thank God – and the top is beautiful and moon-like. All around is this beautiful forest of Canary pines and it’s just a very heavenly place. I love going back there whenever I can.

Where else would you head to for good star gazing?
Anywhere that’s not light polluted. That can be pretty difficult in England – although there are some Dark Sky Places like Dartmoor and the Lake District and there are parts of Scotland which are good for it. But around the world? Well you’re pretty well off if you’re on a large boat miles away from anywhere, which is a nice place to be at the best of times. There are lots of these astro-tourist trips now, aren't there?

There certainly are and they are becoming increasingly popular.
I’m not surprised. For a long time I followed solar eclipses – total solar eclipses ­– around the world. It’s kind of a life changing experience to see one of those. I went to Curaçao in the Dutch Antilles and that was a beautiful place and I went to one in Outer Mongolia – that was an amazing place.

And Antarctica must be a phenomenal place to see a total solar eclipse – I must get myself there one day. The other place is Africa: I spent a bit of time out there watching wildlife, and to see the stars from one of those reserves in Kenya is amazing.

How so?
It’s a lot richer in bright stars and the milky way is clearer. When I was there I spent some time with Nelson Mandela and that was unforgettable in so many ways too. One of the great highlights of my time in Africa was just being out there at night, listening to the sounds of the jungle and seeing the wonderful stars. That’s the nice thing about travelling to see eclipses or stars; it takes you to places you would not normally get to. 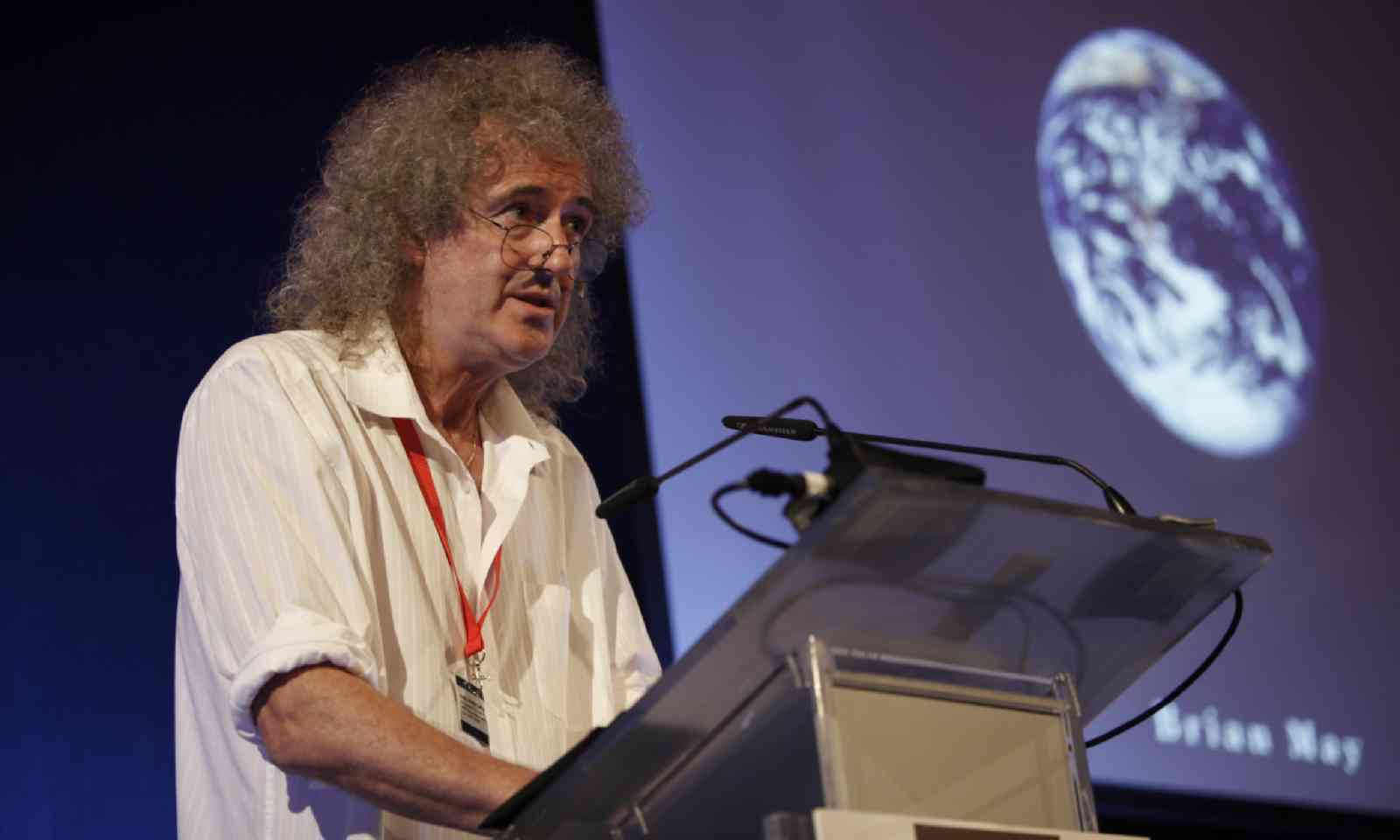 You travelled a lot in your previous life as a rock star – did you get the chance to do much exploring during those days?
Well a lot of it is just bam-bam-bam – hotel-gig-travel, hotel-gig-travel, with not much in between. But we did have odd times, and tried to build in odd moments, when we could go off and see the world and I’m very grateful for that to have happened.

So in a way you were a working tourist…
That’s it! I liked going to a place and being able to give something as well as take something. I find it very satisfying if you get to give back to people when you travel. Tourism really is about that for me – about that interaction. Occasionally you do go somewhere to lie down somewhere, but the pleasure from that wears off very quickly. I’m not very good at doing nothing!

Much like Wanderlust readers then! Do you have a favourite place to travel to?
To be honest it probably is Tenerife – the private parts of Tenerife – because it was part of my growing up and I do feel a sort of strange, spiritual influence from the place. And you know this is astronomer talking – we’re supposed to be very materialistic, but actually you know the spiritual world is something I am always aware of and I feel an indisputable tug from the island and, when I’m on the island, I feel a tug from Teide. And I know I’m not the only astronomer to feel that.

The latest thing in travel is space travel ­– would you go?
I probably would if it were laid out in front of me on a plate – I’m getting a little old – but I guess to sit in the International Space Station and look at the earth turning beneath must be a wonderful thing. I follow the tweets from some of the astronauts – notably Chris Hadfield and this lovely Italian lady who’s up there at the moment and posts wonderful pictures of sunset every night. I love that – that’s something I would like to do. But I think I’m running out of time and there’s so much to do on this planet rather than leaving it.


The 2015 Starmus Festival will take place on Tenerife from 27 June until 2 July. Registration opens on 1 July.