8 amazing books to read before you visit Japan

From Haruki Murakami’s classic to a Tokyo guide for creatives, Jude Brosnan from Stanford Books reviews the 8 fantastic books you should read if you love Japan or are thinking of visiting

A Geek In Japan by Hector Garcia 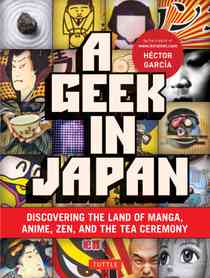 This is a must read before going to Japan. The author, Hector Garcia, writes the popular blog www.kiranet.com, where he documents his experiences living, studying and working in Japan.

In this book, he explains the Japanese way of life, the business culture and how it links with family values, the way of thinking and how we should relate to it.

Garcia explains what makes Japan different by looking at every expect of its culture, from the origins of manga to martial arts, the language, Zen meditation, the overall history of the country and how it stands today.

Split into sections with lots of great photography, timelines and fact boxes, this book is great to skip around. You can read the chapters that interest you most, but I would recommend reading it all the way through as it contains some explanations, including the answer to why people wear face masks and other vital bits of information. All are written by someone with a deep love and respect for Japan and its traditions.

Hokkaido Highway Blues by Will Ferguson 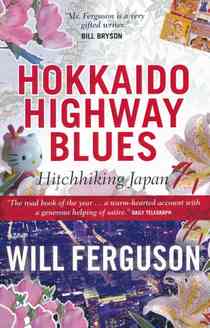 This is a good one to read now as it is Hanami season, when Japanese people go to view the cherry blossom and mark the end of winter.

While teaching in Japan, Will Ferguson announced on a sake-fuelled night that he would hitchhike through Japan following the wave of blooming cherry blossoms.

Ferguson is hilarious and his tale of making his way through Japan and the characters he meets at times strays from the preconceived notions of a reserved nation, as he explores further than the exterior and goes inside homes and is welcomed by families.

This is a very funny travelogue that, if you haven’t visited Japan, will explain its geography, and, if you have been, it will reveal things that you definitely will not have seen.

A Tale for the Time Being by Ruth Ozeki 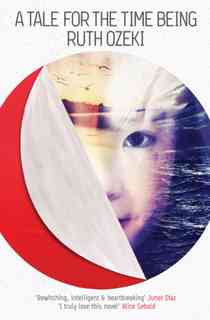 Shortlisted for the 2013 Man Booker Prize, this is Ozeki’s third novel.

There is a dual narrative by Nao, a teenage girl who grew up in California but has returned with her parent’s home to Tokyo, and an author living off the coat of British Columbia with writer’s block who finds Nao’s diary washed up in a Hello Kitty lunchbox on the shore following a tsunami.

This story covers various themes and illustrates the struggle of feeling like an outsider immersed in another culture and addresses the subject of foreignness.

The narrative is interspersed with Japanese words, phrases and cultural and historical references that are explained in the footnotes.

After reading this you will have a greater understanding of Japan and you’ll also want to read more of Ozeki’s work. 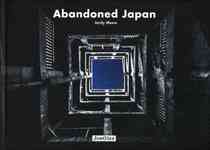 Haikyo translates as 'ruin' but it is also the word used to describe the act of urban exploration; an urban explorer is known as a haikyoist.

They explore and document sites that have been left to decay due to changing times, so lots of places are remnants of the mining industry, the industrial revolution or the post WW2 abandonment of rural areas as people fled to cities to seek work.

Finding these places has become a sport and there is a whole social network involved with teams of haikyoists. Their aim is to document the past while leaving no trace and respecting the site.

Photography is an important element in the book. The images and historical descriptions of the places are eerily beautiful. 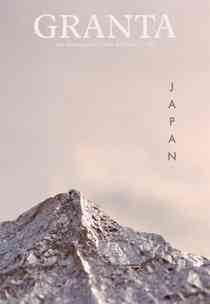 Beginning as a student publication in 1889, Granta magazine has been showcasing the world’s best new writers ever since.

This issue contains 20 new pieces about Japan from mainly Japanese writers but also from some writers with a strong connection to Japan including Ruth Ozeki, Hiroko Oyamada, David Mitchell, Adam Johnson and David Peace.

Some writers included have been translated into English for the first time.

Not only containing written works, this edition also has some great photography from Yuji Hamada, Yumiko Utsu and Daisuke Yokota.

This is a great book for getting a wide sense of different opinions of Japan from people who really know it. 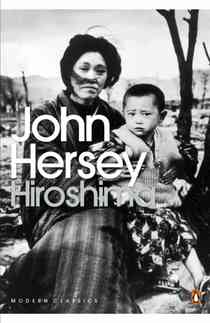 Published in 1946, only a year after the first atomic bomb was dropped on Hiroshima, John Hersey tells the accounts of six men and women who survived the blast.

As a journalist, Hersey manages to convey the events as factual, while also effectively portraying portray the heartbreaking and horrific scenes of this moment in history.

The book also goes beyond the immediate fallout to show the steps that were taken to begin the rebuilding of Hiroshima.

We all know about what happened at Hiroshima but this is a real insight into the feelings and fears of the people affected who were left in the dark.

This book is short and succinct; I read it on the bullet train to Hiroshima and it gave a huge amount of perspective on the place. 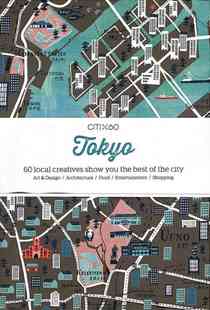 This CITYx60 city guide unites local creatives, as they share 60 haunts loved by 60 stars of the city’s creative scene.

This pocket-sized guide is split into five chapters: Landmarks and Architecture, Cultural and Art Space, Markets and Shops, Restaurants and Cafes, and Nightlife.

Each listing is a short but sweet snippet containing a write-up and an easy-to-digest list of information including opening hours, price, address and contact number and a URL code.

The contributors have left personalised tips on every page so you get some valuable inside information.

The book also contains some pretty amazing photography and illustrations, along with useful district maps. 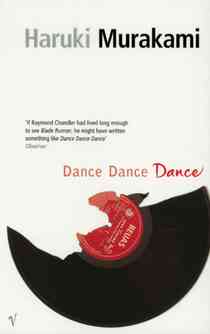 t would be a travesty if we didn't didn't include at least one book by Haruki Murakami. The author is quoted as saying Dance, Dance, Dance is his favourite.

Published in 1988 and translated into English in 1994, this book was originally part of a series but has become known and loved as a standalone book.

The unnamed narrator dreams about the Dolphin Hotel in Sapporo where he went with a past lover. It's a confusing Noir-like place, full of contradictions that hosts a plethora of offbeat characters.

Amidst all this the narrator questions life, as he struggles to accept the advanced capitalist mayhem of society surrounding him.

The past and present overlap wonderfully in this absurd and surreal story that rings true and speaks to the heart of human nature.