Strike a pose: Bolivia’s most photogenic places and how to capture them on film

With its stunning mountains and high-altitude wonders, Bolivia is breathtaking in every sense of the word. Leading photographer James Brunker reveals how to capture the country in the best light 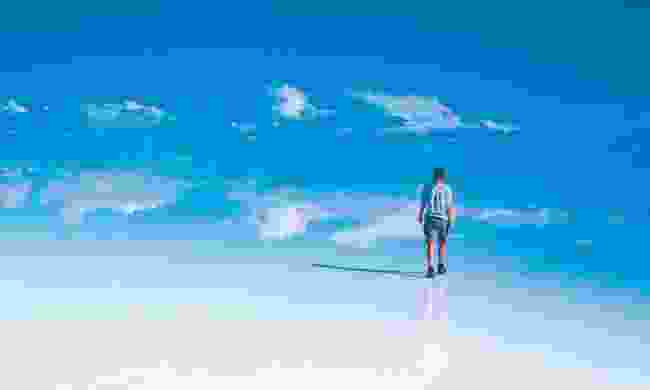 Bolivia’s best-known natural wonder and the world’s largest salt flat, Salar de Uyuni offers many photographic opportunities. Sunsets and sunrises can be surreal, as are trips to Incahuasi Island in its centre which is covered with giant cacti and offers wonderful views of the surrounding volcanoes.

The Salar’s vast emptiness makes it a very popular location for trick-perspective images, and the clear skies with little light pollution are excellent for astrophotography. In the rainy season (January to March) the Salar can flood, turning it into a vast mirror that reflects the skies and creates beautiful atmospheric effects. 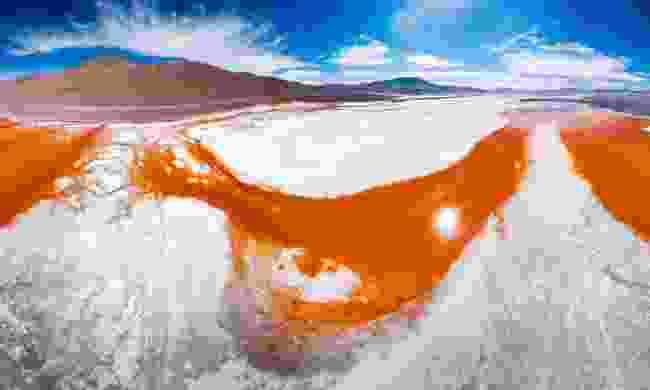 Often referred to by its Spanish acronym REA, this reserve lies in the far south-west corner of the country and is usually visited in combination with Salar de Uyuni. Its otherworldly landscapes include coloured mineral lakes, volcanoes, high-altitude deserts, surreal rock formations and one of the world’s highest geothermal fields.

Wildlife photographers will enjoy the opportunity to see and photograph all three South American flamingo species (including the rare Andean and James/Puna flamingos), as well as vicuñas, viscachas, Andean foxes and other high-altitude species. Most of the reserve is well above 4,000m, so a few days of acclimatisation before visiting is advised.

Accommodation and facilities in the region are limited, so a good supply of spare camera batteries (with charge in them) is also recommended. 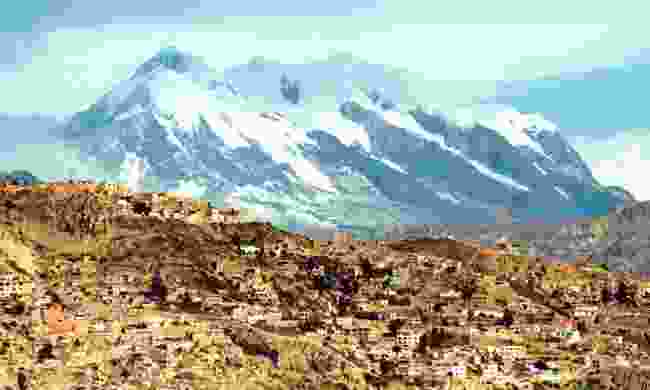 La Paz, with Mount Illimani in the background (Dreamstime)

Few cities in the world can match La Paz's spectacular location, set in a deep valley below the altiplano (high plain) close to the Cordillera Real range of the Andes. Several viewpoints offer superb views over the city to the nearby peaks, the largest of which is the distinctive triple-peaked Illimani (6,439m), Bolivia's second-highest mountain.

The city itself is a fascinating combination of administrative and political capital, business centre, and extensive indigenous street markets – which provide endless opportunities for street photography. The Gran Poder festival takes place in May/June (the weekend before Corpus Christi) and is one of the largest in the country – a great opportunity to experience the colour, noise and atmosphere of a Bolivian festival! 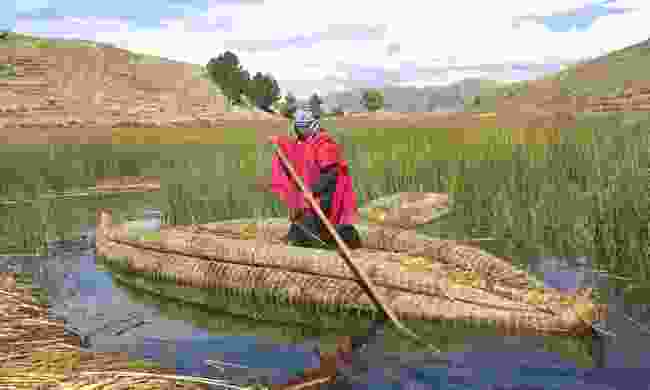 Urus-Iruitos man in his reed boat on Lake Titicaca (Dreamstime)

The beautiful blue waters of South America’s largest lake have long held a special significance for the native people of the Andes, and it also offers plenty to interest photographers. Most visitors head to Copacabana (an important pilgrimage destination for Latin Americans) and the Sun and Moon Islands, for their Inca ruins and views across the Lake to the Andes Mountains.

If time allows, it is well worth exploring other parts of the Lake including Huiñaymarka (the Inner Lake, the sub-basin closest to La Paz), where traditional totora reed boats are still made. 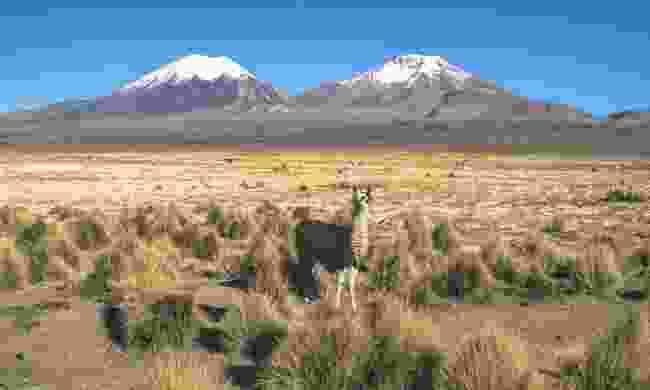 A four-hour drive south-west from La Paz, Sajama National Park lies on the Chile border and contains some of the altiplano’s finest scenery. Its main features are the 6,542m-high Sajama volcano (Bolivia's highest peak) and the conical Payachatas volcanoes on the border (both over 6,000m).

The region is also noted for its quaint, rustic colonial churches – many of which were built on sites used by the indigenous people to worship the mountain deities. As a result, they are usually situated in very photogenic locations. The inhabitants of the region get most of their income from farming llamas and alpacas; large herds of them roam the grasslands providing plenty of opportunities to photograph the most typical and best-known animals of the Andes!

James Brunker is a professional photographer whose work can be found at Magical Andes Photography. In March 2019, He will be leading Explore’s 12-day Bolivia Photography Adventure.