Author and falconer Ben Crane reveals the best places on the planet to witness mighty eagles, hawks and falcons in action 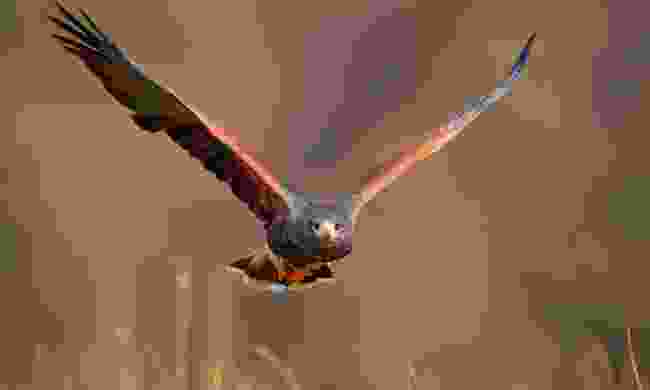 A Harris hawk in flight (Dreamstime)

There are perhaps only two species of birds of prey in the world that hunt collectively. One of them, the Harris hawk, is common in southern Texas. To see them, you should fly into Corpus Christi, hire a car, and drive the backroads. The number of vultures, kestrels and wild family units of Harris hawks is stunning.

Other wildlife is in abundance: caracara, snakes, javelina (wild pigs), turkey, roadrunners, scaled quail, scorpion, spiders, yellow orioles and billowing cacti of mind-blowing proportions. There are free barbecues dotted around the parks that are perfect for grilling steak, or you could fish for bass and catfish.

Sunset on the edge of a lake is marked by the ethereal noise of roosting grackles (a magpie-type bird) hissing and whizzing as the sky burns orange. Try not to touch any baby alligators you find. I could not resist. His mother (invisible under the water only a few feet away) rose up out of the lake at astonishing speed. I still shake at the memory.

2: Hawks and falcons in Mrežnica, Croatia 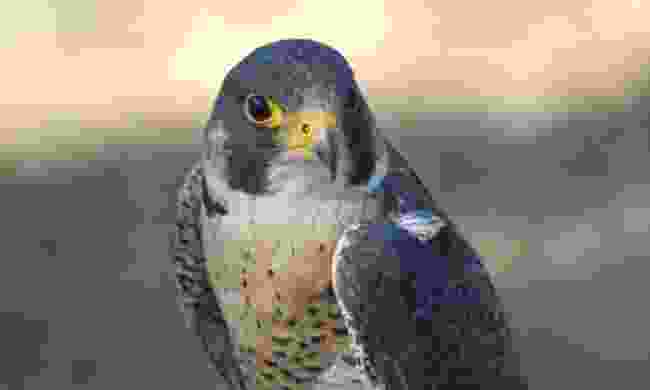 A falcon near Sibenik in Croatia (Dreamstime)

Most people know Croatia because of the Adriatic coast and the town of Split. Instead, head inland to the towns of Karlovac and Duga Resa: the Mrežnica River runs through truly stunning landscapes. During the summer the fields are buzzing with insect and mammalian life along the river’s edge.

Here you can dive through warm, crystal-clear water that flows over curved bowls of volcanic stone and thick blankets of underwater vegetation. There are numerous species here: if you are lucky, water snakes will slip alongside and swim with you. In the woods and fields, deer and wild boar are common.

There are numerous goshawks, sparrowhawks, peregrine falcons, osprey, kingfishers, quail, otters, frogs, and even tortoises. Further north, deep in the forest, lynx, bear and wolves can still be found. 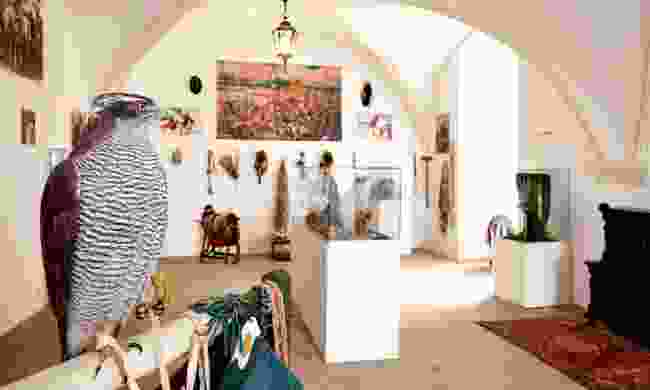 Castle Rosenburg is arguably the greatest falconry centre in Europe (if not the world). Situated on the German/Austrian border, Rosenburg is run by the husband-and-wife team Josef and Monica Hiebeler. The majestic castle is perched on a huge granite mountain, and houses a wide variety of trained eagles, vultures, goshawks and falcons.

Driving the winding road to reach the cobbled courtyard is like entering the hideaway of a James Bond villain: it is impressive. Josef spent time in Kazakhstan and is an expert at hunting deer with golden eagles – and he also breeds some of the finest eagles in the world. Time your trip right and you may get to see a nest full of youngsters between May and June.

The falconry displays take place in the grounds, giving them an authentic feel. Inside the castle, a large museum is built around a collection of rare falconry artefacts. 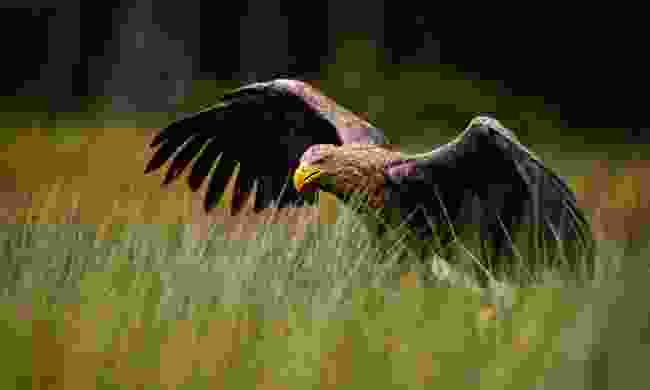 From September through to January, traditional falconry 'field meets' take place across Europe. These meetings echo Kublai Khan’s hunting parties, when his men went on massed hawking excursions with thousands of falconers.

The biggest modern field meet happens in October, near the Czech town of Opočno (pronounced "O-potch-no"). A hundred or more falconers arrive to hunt with eagles, goshawks, and a variety of falcons. You may get an invitation to join one of the groups and spectate. At the end of the day the falconers gather in a group to honour the lives taken. All wear traditional ceremonial hats and jackets. Ancient hunting music is played and speeches are given. The atmosphere is one of special celebration. 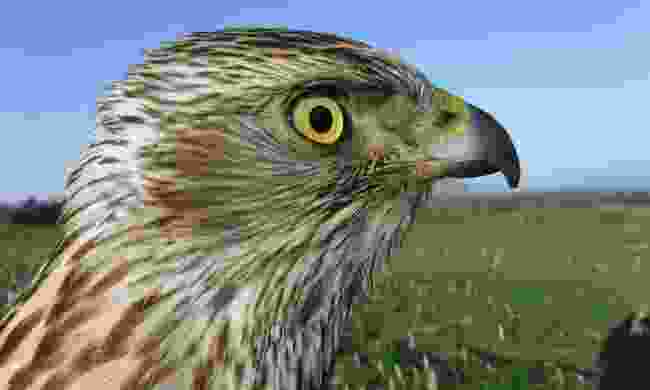 A goshawk in Shrewsbury (Ben Crane)

Find a B&B or campsite between the Shropshire hills (the Long Mynd), the village of Much Wenlock, and the town of Shrewsbury. In the fields and streams you'll see slow worms sunbathing and grass snakes swimming. Lift logs and see great crested newts scudding under drenched leaves in ponds. Toads and frogs mating and spawning tadpoles in their thousands. Crayfish and wild hives of indigenous honeybees. I watched a male sparrowhawk deftly pluck a swallow from the sky just the other day – astonishing!

There are goshawks near the village of Cressage. On the Long Mynd, you can hear the kek-kek-kekking call of red grouse and watch merlins hunt pipits. Orchids bloom in secret spaces. In May, visit the resident pair of nesting peregrine falcons on the sandstone cliff just outside Bridgnorth. Rise before 4am and listen as abundant skylark open the dawn chorus. At dusk, head to the Riverside Inn (near Cressage) on the edge of the river Severn and watch four different species of bat flutter through the clouds of hatching insects – the list is almost endless, and means that no matter where I travel I always look forward to coming home.

If you venture here and see a man hunting with a goshawk, by all means stop and say hello. 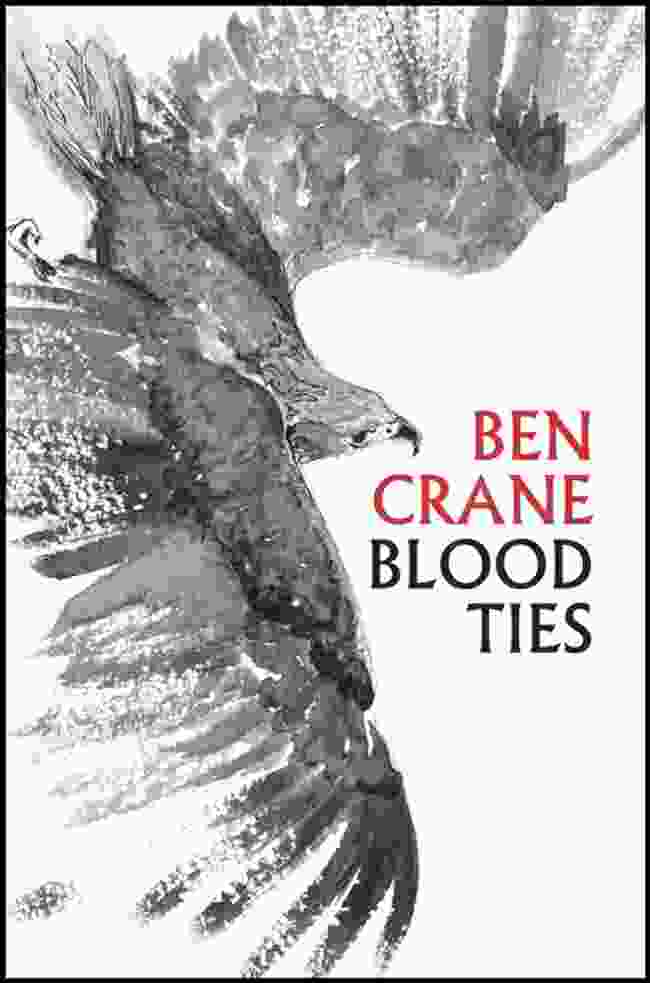 Ben Crane is a keen falconer and author of Blood Ties, published by Head of Zeus. The book explores one man's relationship with hawks and the positive impact it has on his Asperger's Syndrome. Order your copy on Amazon now.