7 of the best UK literary walks

From Lancashire’s Tolkien Trail to Zadie Smith’s north-west London, discover just a few of the best literary routes you can walk in England, Wales, Scotland and Northern Ireland… 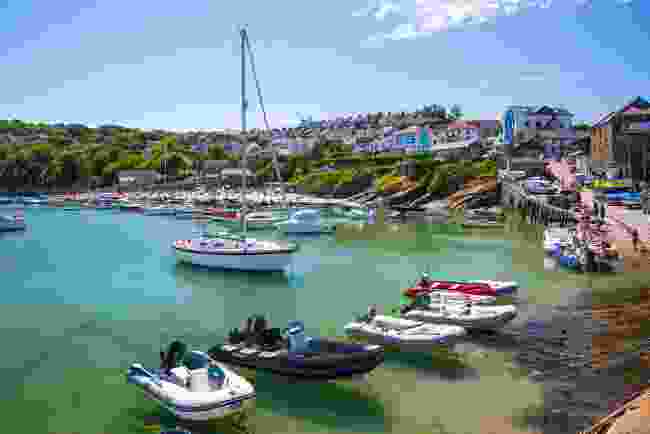 Welsh poet Dylan Thomas, perhaps best known globally for his radio-to-stage play Under Milk Wood, has inspired a walking route through his purported favourite parts of the Ceredigion area in Cardiganshire.

The walk begins in Llanon (sometimes Llan-non), leading you through some of Wales’ best bits in between: pretty woodland, secret valleys, the hamlet of Talsarn, and the beautiful Cardigan Bay, to name a few. The town of New Quay – your final destination – is thought to be where Dylan began writing this piece. Sometimes, it’s even touted as the drama’s fictional town Llareggub (best read backwards), though Laugharne in Carmarthenshire may fight you on that one.

This trail is somewhat challenging so, if you tend to favour a quiet stroll, simply choose your favourite spots along the route and enjoy a peaceful walk. 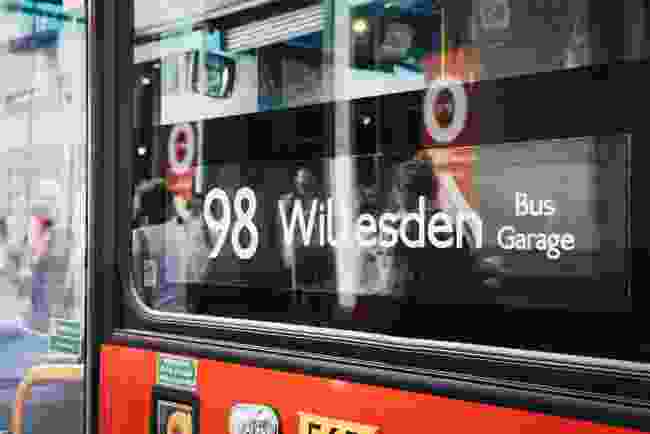 Walk just about anywhere in central London and you’re bound to find a literary connection. Indeed, head in any direction from the centre of the capital and you’ll start seeing blue plaques, recognisable street names, and neighbourhoods illuminated by countless novels.

When it’s time for a walk away from the tourist traps, discover north-west London through the eyes of bestselling novelist Zadie Smith. Her 2012 book, NW, details a trail covering Willesden, Kilburn, Hampstead Heath and Hornsey, embarked on by one of the main characters. The walk will make you feel, in some small way, like you’ve stepped inside NW’s pages – there’s also the connection to the author herself. Zadie is a north London native, and the area also serves as one of several locations in her smash-hit 2000 debut, White Teeth.

This trail isn’t marked, nor is it available as a walking tour. Instead, you’ll have to rely on your reading material, nearby tube stations, Google Maps and perhaps the odd direction from a kind stranger. Plot your route with a bit of help: Zadie narrated a short series of YouTube videos highlighting some key places from NW, and journalist/blogger Andrew Whitehead made the journey himself in three hours and detailed his route here. 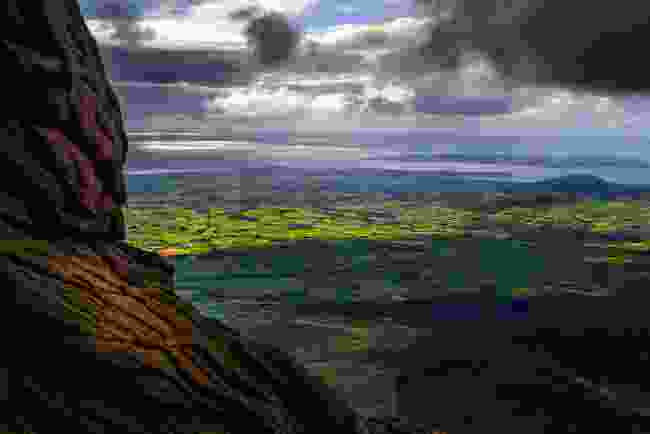 If you’re after literary highlights and hot spots in Northern Ireland, you can’t go wrong with Belfast. A number of pubs, old-school libraries and quirky, independent bookshops combine to make this a charming stroll for any book-lover, whichever you decide to visit. Naturally, there are countless walking tours on offer.

But for a non-city walk? Head to Mourne Mountains, widely believed to be the inspiration for CS Lewis’ Chronicles of Narnia. This mythical land, filled with fantastical creatures, first appeared in The Lion, The Witch and The Wardrobe and starred in six further children’s books.

Visit Mourne Mountains highlights two trails for CS Lewis fans: one in (you guessed it) his hometown of Belfast, following his favourite childhood nature spots, and the second is a challenging hike through the mountains, called the Cloughmore Trail. Here, you’ll find interesting stops like the Tree People, the Dancing Green and even a 50-ton granite boulder thought to have inspired Aslan’s table. 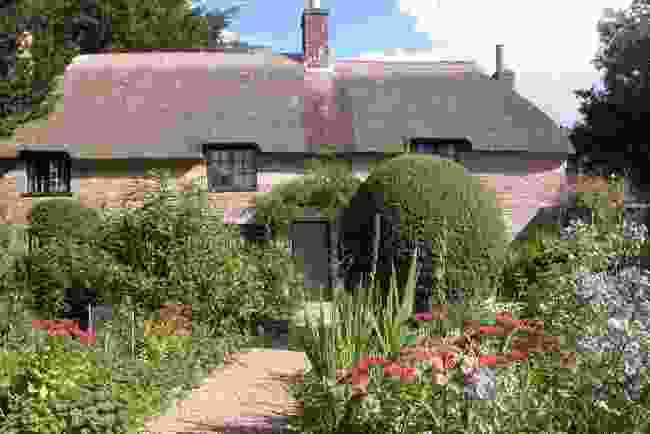 There are many places to follow in Victorian writer Thomas Hardy’s footsteps throughout southern England – and many official trails to choose from – though his birthplace, Hardy’s Cottage in Higher Bockhampton, is a fascinating place to visit and makes a lovely walk if you want to get there on foot.

To reach the cottage, a seven-mile trail from Dorchester, through the nature reserve at picturesque Thorncombe Wood, is recommended by Visit Dorset, who also provide a PDF of clear directions. Simply follow along and enjoy the Dorset countryside.

Do note that this walk may get muddy, so you’ll need appropriate walking shoes. If you’re not the most energetic walker (or you’d prefer a simple stroll), The Hardy Society recommends five more Thomas Hardy-inspired walks and provides directions in a handy, downloadable PDF guide. 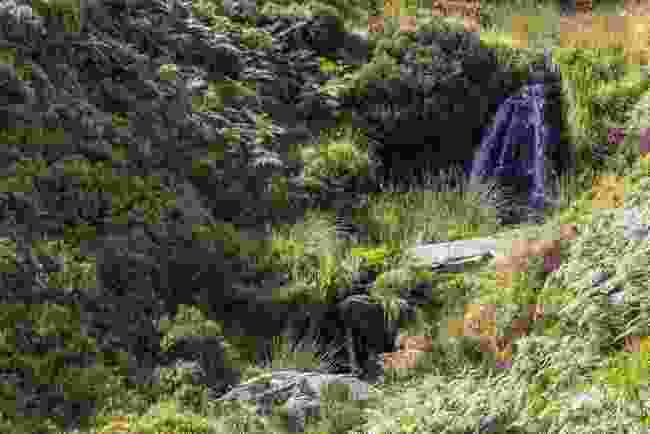 If you’re a fan of Jane Eyre, Wuthering Heights or any work by author sisters Emily and Charlotte Brontë, the village of Haworth in Yorkshire, northern England will keep you occupied.

Firstly, there is a museum dedicated to the sisters’ lives and works. Charlotte, Emily and sister Anne, another acclaimed writer, are all buried in Haworth, and their graves can be visited in St Michael and All Angels churchyard. Almost every older building in the village centre has some connection to the sisters – the post office, for example, is where they sent manuscripts from.

You’ll see much of it on this nearly three-mile walk, which starts at the tourist centre and ends at Brontë Waterfall. The path to the falls is well-marked, and is detailed on Haworth village’s official website. You can also download the appropriate maps. You can visit the falls, which are quite serene, on a number of West Yorkshire walking trails of varying lengths. 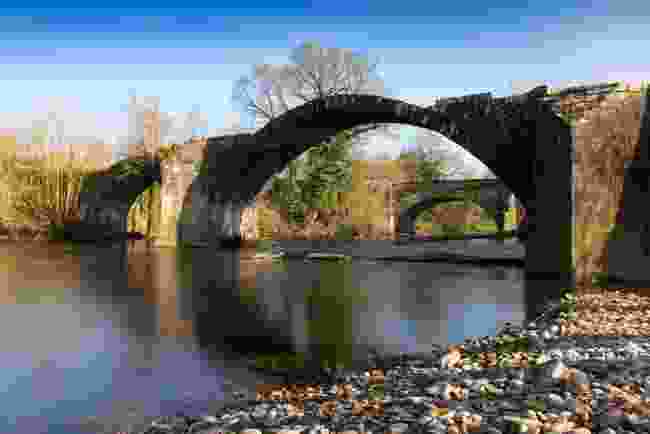 Tolkien is renowned the world over as the author of Lord of the Rings and The Hobbit. True fantasy fans will want to walk The Tolkien Trail, a nine-kilometre riverside trail near Clitheroe in Lancashire – as well as travelling to New Zealand for the movie adaptations’ iconic filming locations.

You’ll start the route outside The Shireburn Arms, in Hurst Green, a charming village in the Ribble Valley, before passing by Stonyhurst College (where the author often wrote and taught), gorgeous woodland, Cromwell’s Bridge, an impressive aqueduct, and the intersection of the Rivers Ribble and Hodder. Get the route guide from Visit Lancashire 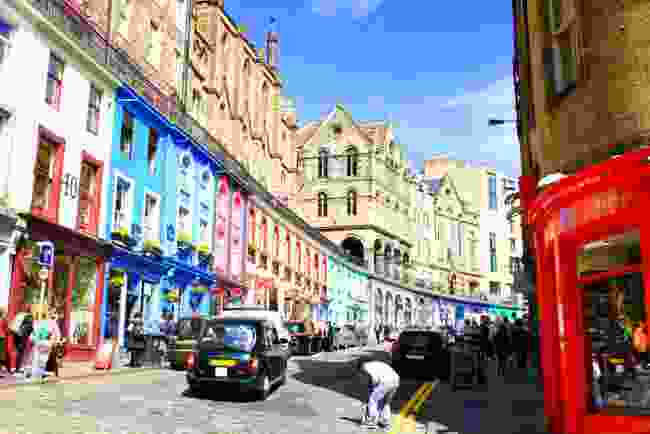 Victoria Street, near the Grassmarket, where the Harry Potter series was born (Shutterstock)

If you love literature, Edinburgh is the place to visit. Not only is it UNESCO’s first ever City of Literature, but it’s also the birthplace of many classic, beloved and admittedly varied books: Rob Roy, The Wind in the Willows, Peter Pan, Irvine Welsh’s Trainspotting, the Harry Potter series and Ian Rankin’s bestselling crime fiction – just to name a few.

Hold up. Surely the famous Rob Roy Way – an epic, wild and natural trek from Drymen, Stirling to Pitlochry, Perth and Kinross – is one of Scotland’s best literary walks? It is; however it’s also rather long at 128km end-to-end, which is why it might first be easier to tackle Edinburgh’s lively city streets on foot.

You won’t be stuck for marked trails or walking tours. The Edinburgh Book Lovers’ Tour, the Edinburgh Literary Pub Tour, book a group walking tour with a guide or follow this trail from Arthur’s Seat to Holyrood Park from Walk Highlands. To go off-the-beaten-track, you could also chase Edinburgh’s mysterious book sculptures using this free map or, for a niche walk, search for a tour based on your preferred writer. The possibilities are endless.

Quiz: Literary destinations around the world

How to bring your travel experience to life