For International Dog Day (Aug 26), why not Introduce your furry companion to the sophisticated delights of the continent with a canine city break in these dog-friendly cities? They’ll be made to feel righ 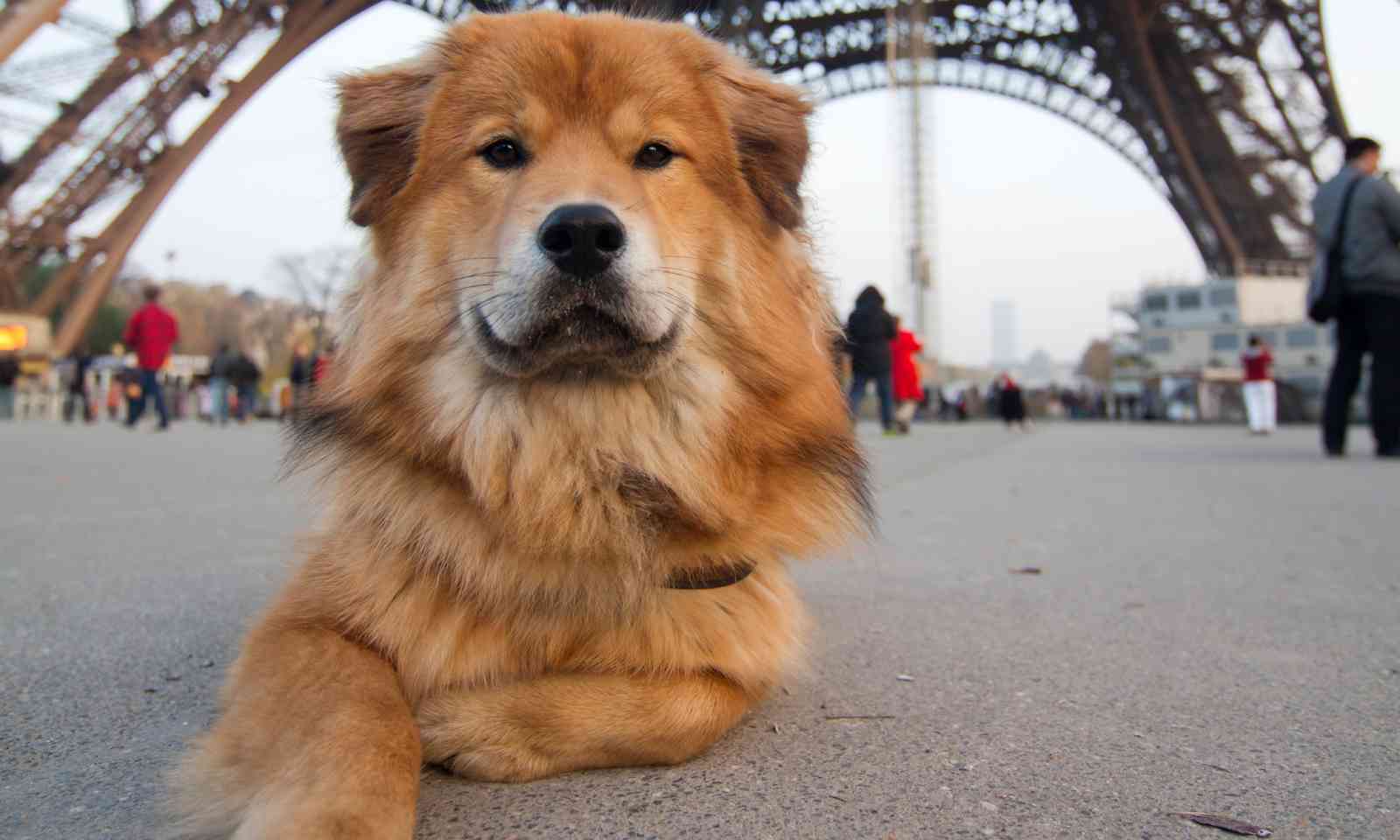 Dog in front of the Eiffel Tower (Dreamstime)

Dogs are a ubiquitous part of daily life in Paris. They can be seen accompanying their owners to the best restaurants, the most exclusive boutiques and in taxis, buses and on the Metro across the capital. It’s almost like they're humans.That's certainly the way their owners treat them.

That’s not to say there aren’t rules about where pets can and can't go in Paris. It's just that Parisians ignore them. For example, large dogs are banned from riding the Metro, but locals with large hounds simply avoid travelling during rush hours. Use your common sense and you’ll likely be fine too.

For a dog-friendly hotel with a heartwarming tale, try Le Meurice. Workers adopted a local stray while the hotel was being built in 1907 and the place has remained resolutely dog-friendly ever since. Expect a basket filled with treats for your dog on arrival, a dog-specific menu and friendly staff happy to walk your dog in the Tuileries Garden nearby. 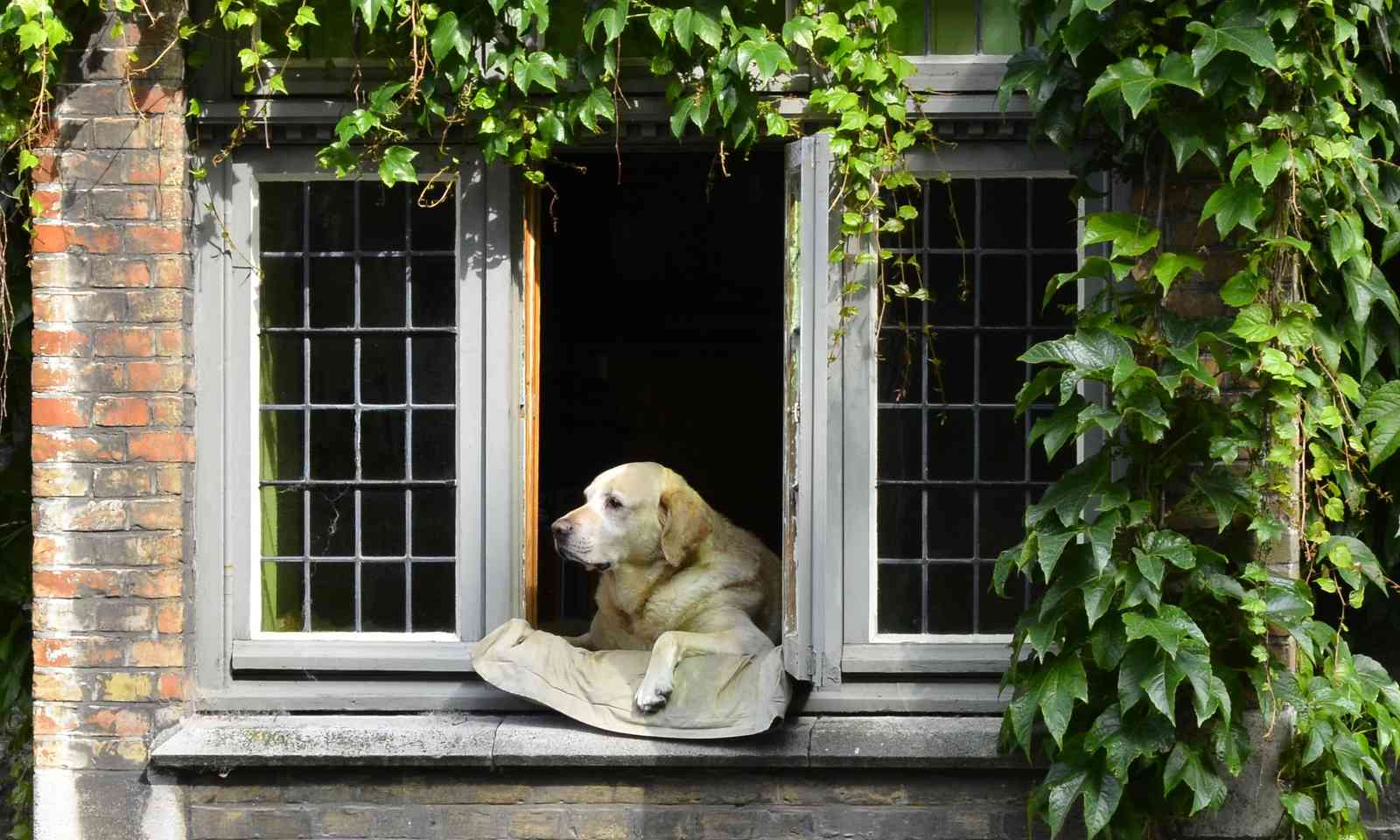 Famed for it’s cobbled streets, quaint canals and chocolates, Bruges is the perfect short break destination for you and your dog. Most cafes and pubs welcome dogs and there are plenty of dog-friendly places to stay.

The pick of the pack is The Doghouse, a recently renovated ‘Gentleman’s House’, set in a building that dates back to 1750. The city’s historic attractions are only moments away, and you can be sure your dog will be treated as lavishly as you are.

While you are in Bruges, be sure make a pilgrimage to the Côté Canal Bed & Breakfast, in particular the window overlooking Groenerei canal. It was made famous by Fidel, the Golden Labrador that could also be found snoozing here. Fidel was something of a celebrity in Bruges, appearing on the Colin Farrell film In Bruges and an advertisement for Lady Godiva chocolate, but sadly passed away in January 2016. 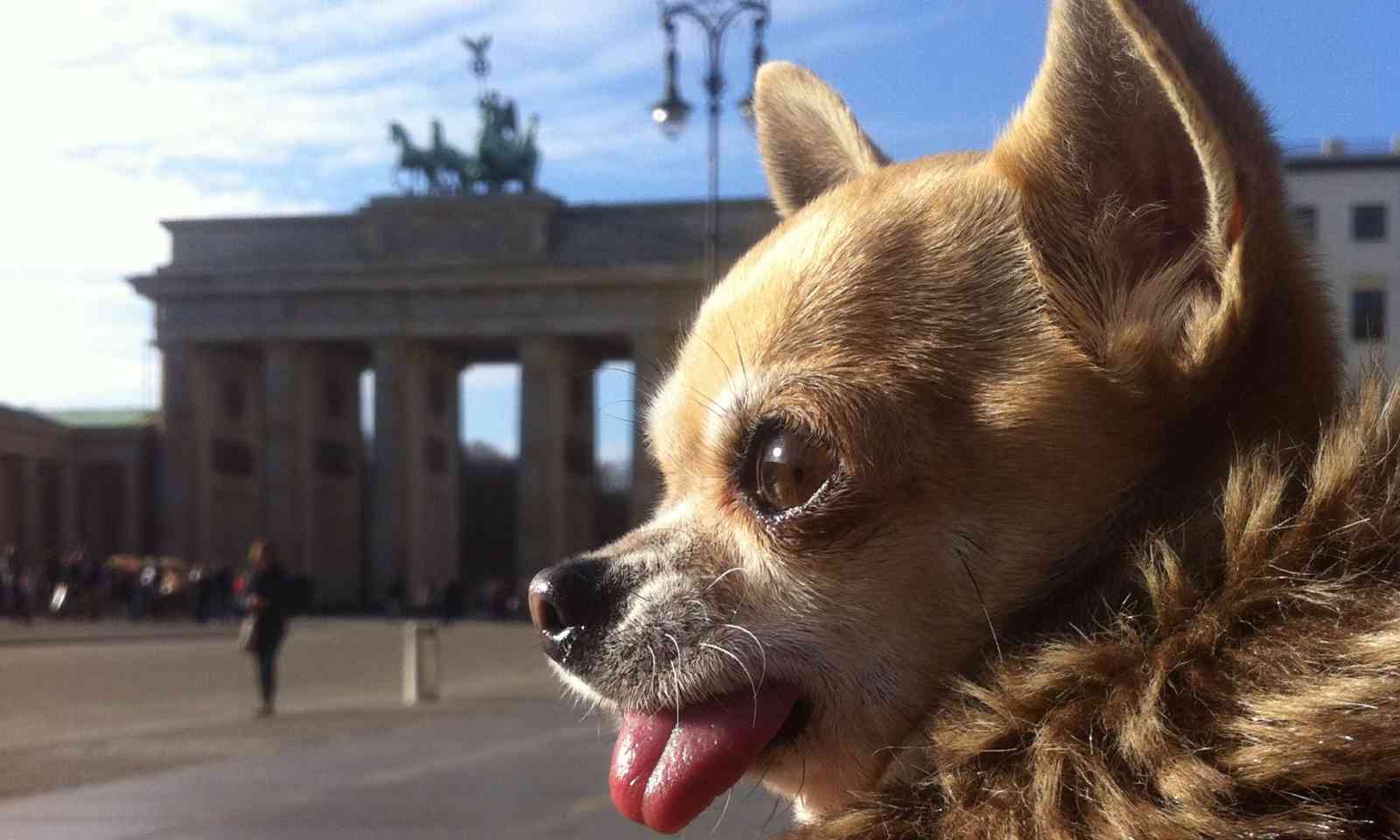 Berliners love their dogs and will go out of their way to make your dog feel welcome too. The Five Elephant café, famous for its cheesecake, offers a dog-friendly version.

The Gorki Apartments in the Mitte District provide beds and bowls to make your dog’s stay as comfortable as possible. The city is also perfect for walking, with plenty of parks and green spaces, scattered across the city. 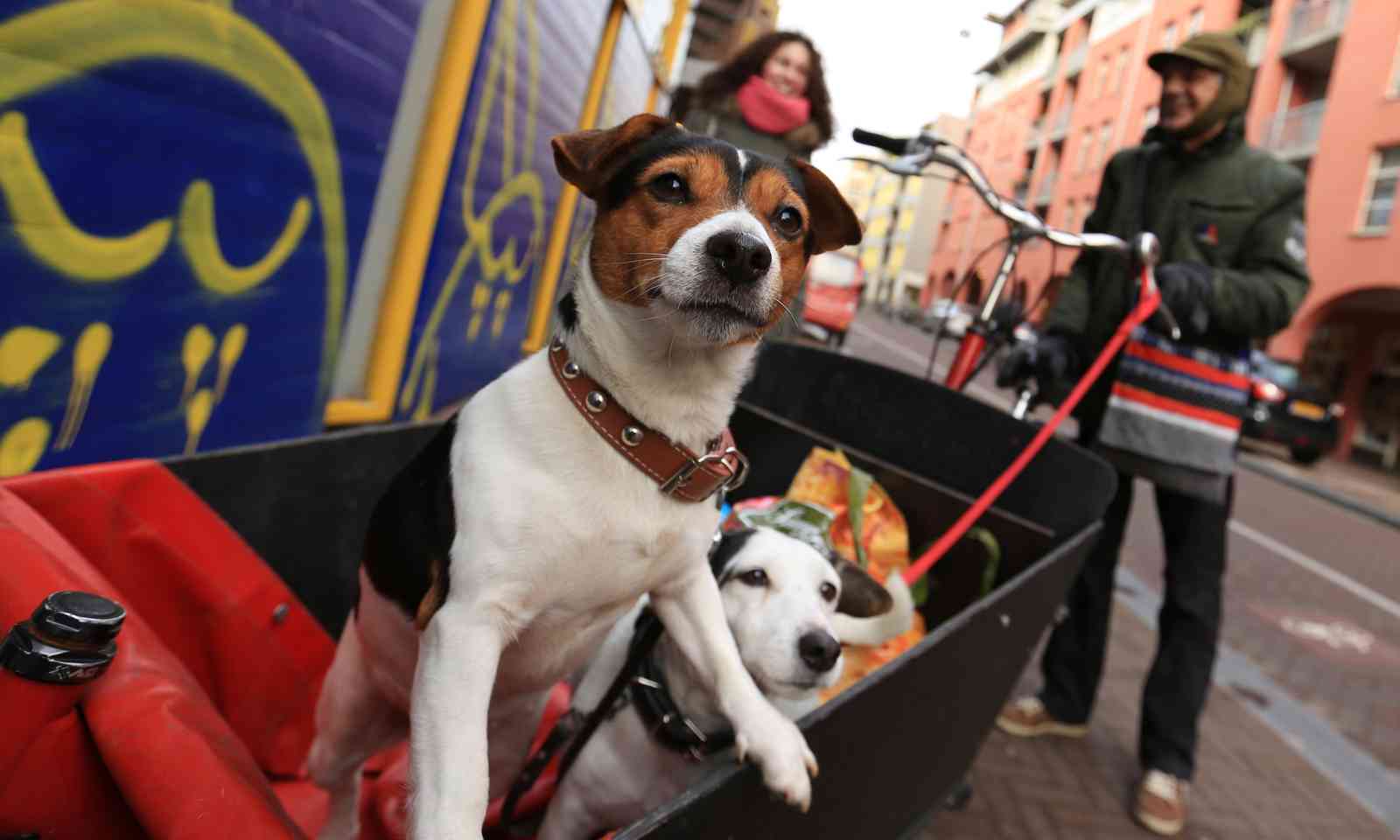 Dogs are extremely welcome in Amsterdam, which is hardly a surprise, considering it’s one of the most liberal cities in the world. You’ll spot dogs of all shapes and sizes at every turn, running freely across one of the many city parks, or tucked up in a box on the city’s popular cargo bikes.

The Neighbour’s Magnolia Hotel is probably the most dog-friendly hotel in the city. As well as the usual bedding and bowls, the hotel dog, Bleecker, is on hand, to show your dog the ropes.

As for getting around, dogs are allowed to travel for free on all public transport, except for trains where a small dog surcharge applies. Dogs aren’t allowed into most museums and galleries either, so you may need to take turns with your partner to see Van Gogh’s Sunflowers. 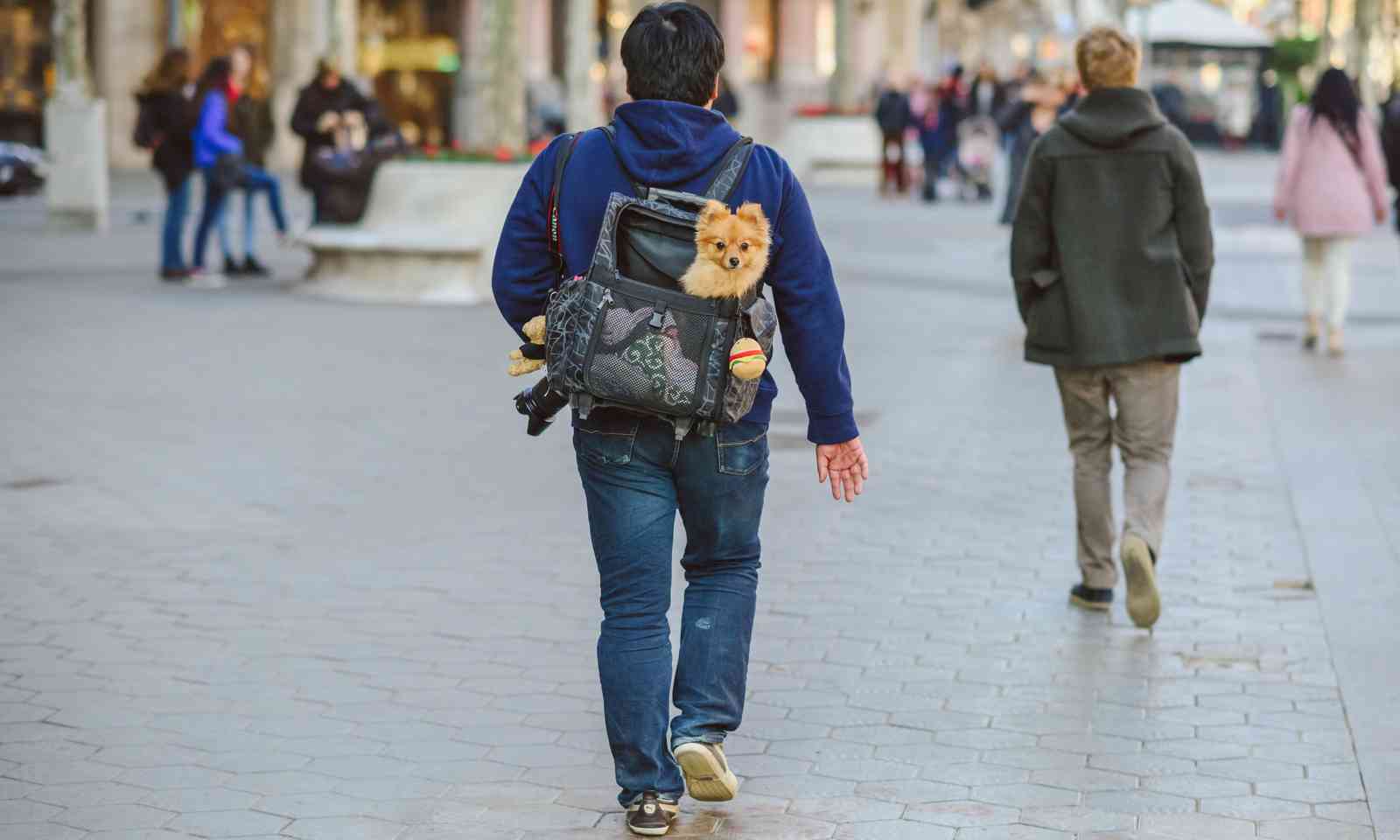 Walking the streets of Barcelona (Dreamstime)

The locals in Barcelona love their dogs and are likely to welcome yours too. Don't be surprised if they bend down to ruffle your dogs ears in an instant, ignoring you altogether.

Hence, many of the city’s restaurants are dog-friendly, with Taller de Tapas and La Taberna del Cobre offering water and somewhere comfortable to lay while you tuck into your meal.

There is a newly created dog beach at the Levant beach, complete with dog urinals, drinking fountains and doggie showers, as well as several dog-friendly stretches of sand nearby. Try Sant Pol de Mar, Sant Pere Pescador to the north and Port Ginesta and Los Filipinos to the south.

Looking for a memento of your stay? Head to Barcelona Dogs in the heart of the city for dog-themed souvenirs. 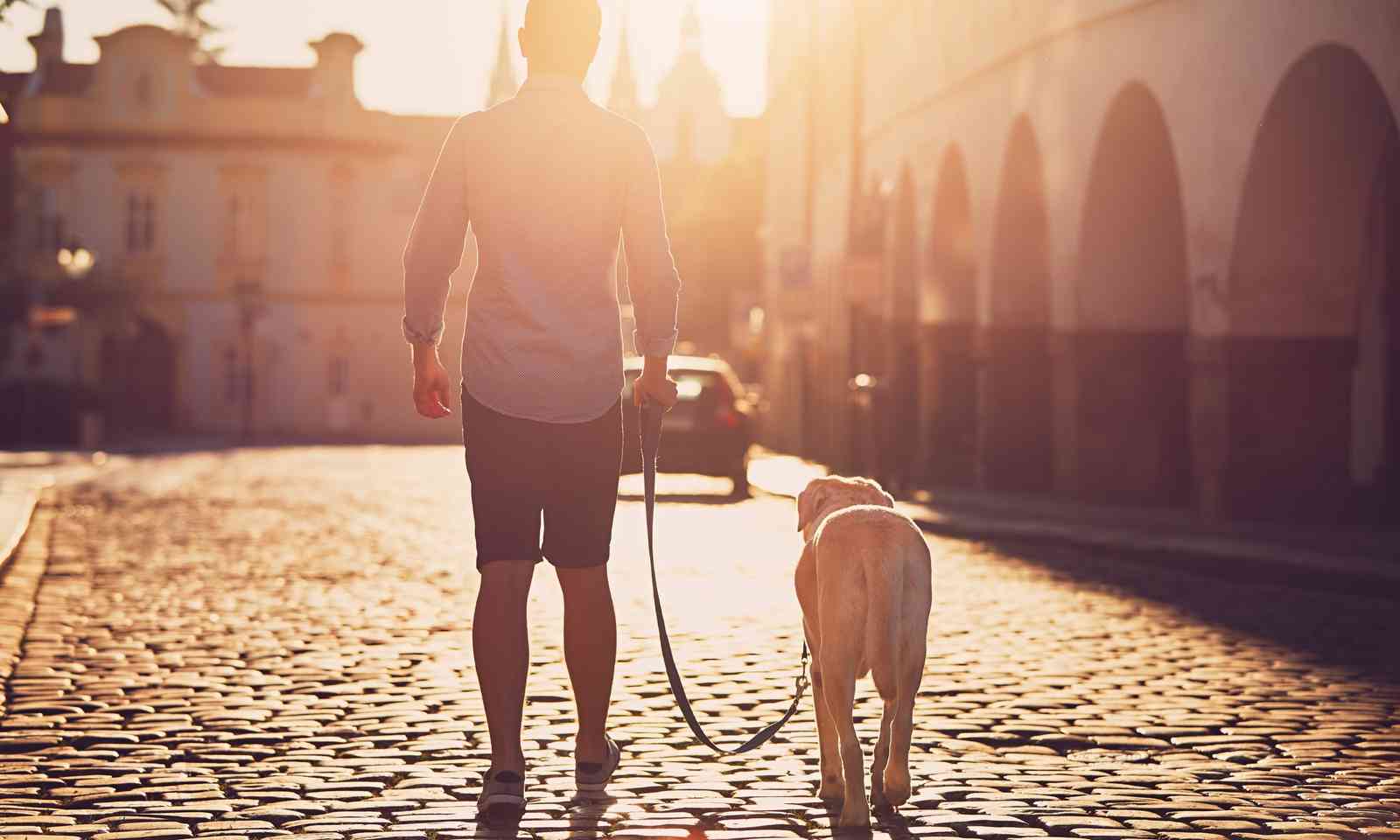 Walking a dog at sunrise in Prague (Dreamstime)

In recent years, the Czech capital of Prague has made a concerted effort to become more pet-friendly. Dogs are welcome in most restaurants, with many proprietors providing your dog with a small meal as well.

There are rules though. Dogs are welcome to ride on public transport, but only if they are muzzled. Finding a dog-friendly hotel in the centre is difficult too, although the Pod Vezi is accommodating towards four-legged companions.

The upside? Prague is home to one of the continent’s only dog-friendly cinemas, The Aero. What’s more, they host an annual film festival for dogs: Aero Pes Fest. 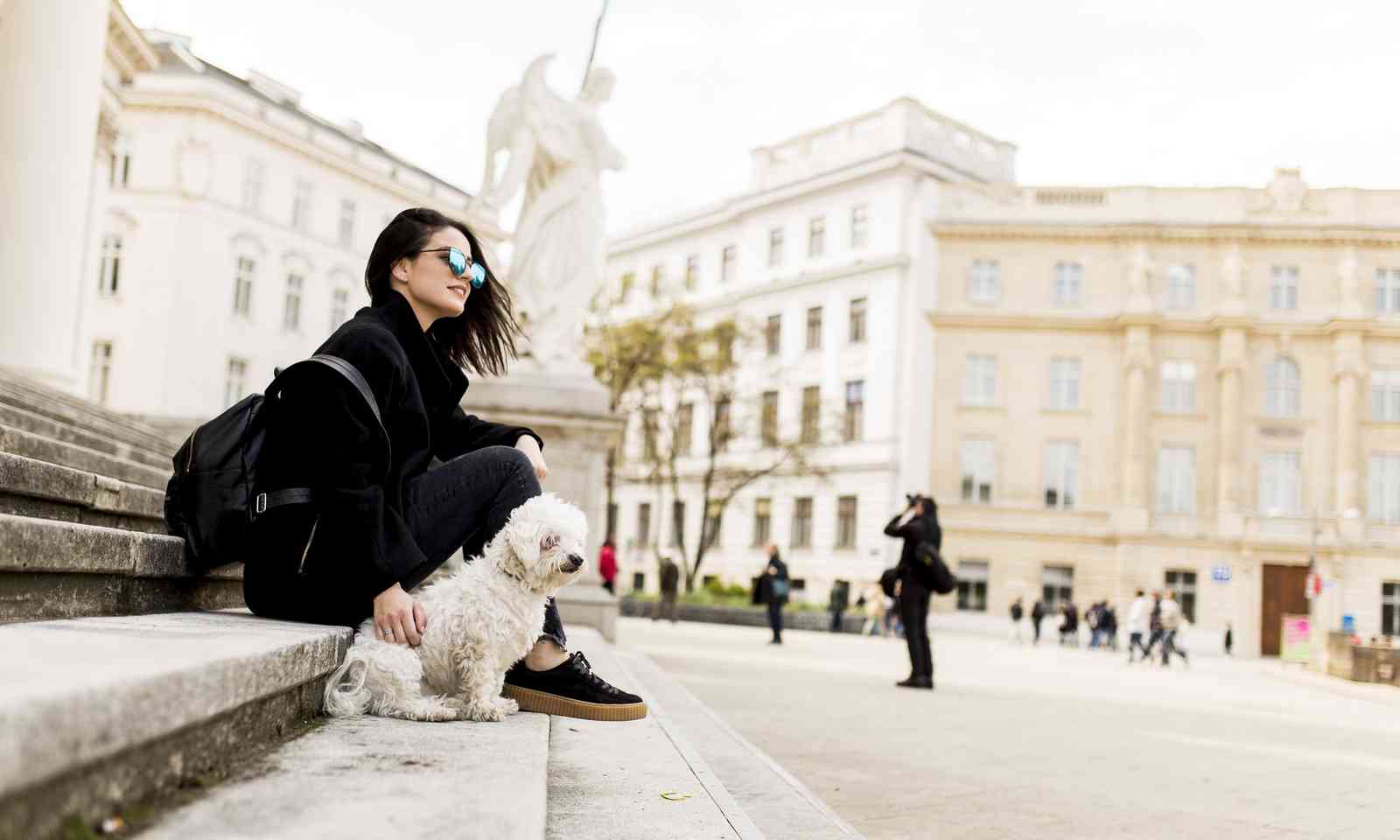 Girl with her dog in Vienna (Dreamstime)

Sophisticated and charming, Vienna is one of Europe’s most dog-friendly cities. They are welcome in restaurants and cafes and free to bound through the cities beautifully manicured parks.

There is a catch though. The Viennese will expect your dog to be well-behaved and well-groomed. Viennese dogs are amongst the best-dressed in the world and, in Katz & Hund, the city boats it’s own designer dog-wear boutique. The accommodation options are a cut above too, with the immaculate Ritz-Carlton Vienna happy to receive doggy guests.

Another thing to note. Your dog must have a microchip, up-to-date vaccinations, a rabies titer test, and a current health certificate to enter Austria.