7 fantastic books on India to read before you go

From Arundhati Roy's masterpiece to train journeys and cook books, Jude Brosnan from Stanford Books reviews the 7 great books you should read if you love India or are thinking of visiting

The God of Small Things by Arundhati Roy 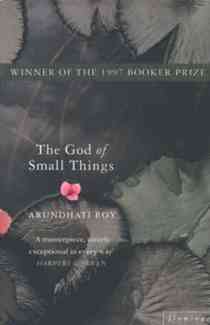 Set in Ayemenem, Kerala between the late 1960s, when India was going through a great deal of political change and cultural traditions were being challenged, and the 1990s, when the main characters (non-identical twin brother and sister) are in their thirties, this 1997 Booker Prize winner burst onto the literary scene with its descriptive and beautifully lyrical prose sprinkled with Malayalam words.

It instantly became a classic and is now studied in universities. Filled with tragedies and injustices, the story flashes backwards and forwards in time, adopting many characteristics of magical realism.

The book tackles the subjects of family, politics and religion, and shows the effects they had on cultural and social change during these times in a most inventive and captivating way.

Around India in 80 Trains by Monisha Rajesh 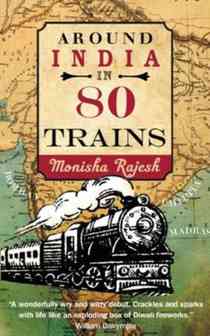 In India, trains carry over 20 million passengers every day along a route of 64,000km. As more and more travellers are reverting back to rail travel in an attempt to leave less of a carbon footprint, this form of transport is becoming a favoured form.

Add to that the fact that India’s railway network is very impressive and there is something so romantic about travelling across a country by train, and it's no surprise that train traveller numbers are booming.

The railway networks of India lend themselves as a great setting for this book. Monisha Rajesh’s writing is really funny and her journalistic background offers an informed perspective. Her childhood memories of India are very different to her experiences as a tourist attempting to get around India using an array of trains. 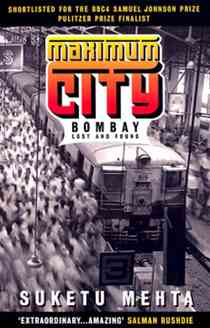 Suketu Mehta uses his background as a seasoned journalist in this extensively researched portrayal of this vibrant city. Through a series of interviews with people from different walks of life including gangsters, right-wing nationalists, policemen, street poets and many more, Mehta explores the many sides of Mumbai through these personalities on extreme ends of the spectrum.

Mehta was born in Calcutta, raised in Bombay and lives in New York, so he is able to explain his point of view from that of a local, as well as an outsider, which makes him the perfect tour guide. He looks at politics, how times have changed and how Mumbai manages to evolve, while merging the modern world and the ancient traditions that make this densely populated city so full of energy and life.

If you are unsure of what to expect from Mumbai, this book is a great way of getting a feel of the rhythm of the city. Although published in 2004, this book has retained it’s popularity and has become a must-read. Danny Boyle said it was his Bible when he was directing Slumdog Millionaire. 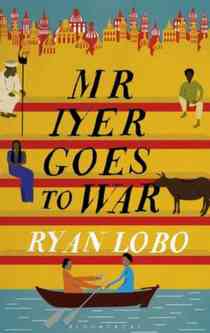 Published towards the end of last year, this first novel by Bangalorean photographer Ryan Lobo is a contemporary retelling of Don Quixote.

Beginning in the northern city of Varanasi, often referred to as the spiritual capital of India, Lobo introduces us to the pathetically comical Tamil Brahmin protagonist Lalgudi Iyer. After suffering a concussion, he experiences visions of his past life in which he was a notable figure. From there, he goes on a journey down the Ganges where he must overcome trials and tribulations, much like Cervantes’ hero.

Lobo’s background as a photographer is evident in his descriptions of places as he really sets the scene and gives you a sense of the environment in this part of India.

The characters give us an insight into communities and the caste system, while the references from mythology give a traditional and historical element to this humorous tale. It’s an ideal read if you want an introduction to the background of this region and religious traditions through a fictional story that is funny, familiar and easy to read.

Made In Kolkata by Fiona Caulfield 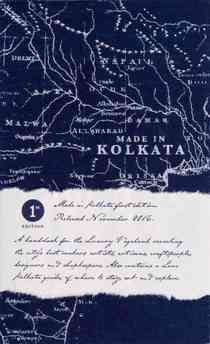 Made In Kolkata is the latest addition to the Love Travel Guides that are billed as ‘an insider’s guide to the best artisans, boutiques, craftspeople, designers and establishments.’ In this guide, Fiona Caufield celebrates the talented people who live and work in this city by giving her personal account of an experienced traveller.  She gives some background and history of each business, as well as what they specialise in.

This guide takes you off the main streets, down alleys to create a unique experience that focuses on more than the item you are buying, to the maker, their environment and their future, recommending that you support organisations that are socially and/or environmentally sustainable, identified with a ‘Conscious Travel’ symbol.

Hand-crafted in India, the cover is a fabric map which has a pouch at the back for you to store clippings, and a matching notebook with plain pages for to make notes or sketches.

Fresh India: 130 Quick, Easy and Delicious Recipes for Every Day by Meera Sodha 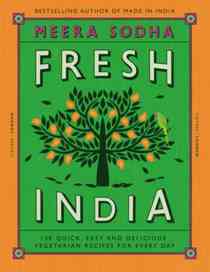 Following on from her bestselling Made In India, Meera Sodha brings us this book of fresh vegetarian recipes. She declares that Gujarat (on the western coast of India, where her family came from) is at the heart of all her recipes. From there, in 269BC, Emperor Ashoka forbid the slaughter of animals and from then on, a whole wealth of Hindus remained vegetarian.

If you are a meat eater and we lost you at ‘vegetarian’, don’t be disheartened, as Sodha presents amazingly creative, fresh recipes using the Gujarati resourcefulness, including recommendations of dishes to eat in accordance to the seasons. She even includes some traditional Indian health remedies at the back. Sodha’s main piece of advice is to taste as you go. This way you will develop a relationship with your ingredients and in time you can create your own dishes without recipes.

Whether you want to recreate some meal memories, or are preparing your palettes for an impending trip, or even if you just want to experiment with some Indian flavours, this recipe book comes highly recommended. 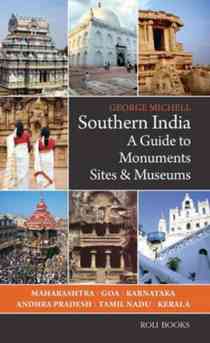 If you want a guide that isn’t one of the usual suspects, this one has received rave reviews from our customers. Exploring Southern India’s rich and varied heritage, it is a comprehensive guide that extensively covers the region’s major historical monuments, sites and principle museum collections.

George Michell trained as an architect, and his personal knowledge and passion is evident. His thoroughness makes this so much more than a guide book, as he does not skim over things, but explains them with great care and attention. That being said, it is not as heavy-going as you would expect from a history book because it is presented as a set of itineraries and is broken up by lots of useful location maps.

With introductory passages on history, architecture and art, Michell looks specifically at Maharashtra, Goa, Karnataka, Andhra Pradesh, Tamil Nadu and Kerala. This book is perfect if you are a returning traveller or want to thoroughly explore a certain area.

The shortlists for the Edward Stanford Travel Writing Awards have been announced, including the Wanderlust Adventure Book of the Year. You can vote for your favourite travel books of the year and win National Book Tokens here: www.edwardstanfordawards.com/vote-and-win

The winners will be revealed on February 02 at a star-studded dinner during the Stanfords Travel Writers Festival at Destinations: The Holiday and Travel Show at London Olympia. The festival line-up features talks from Michael Palin, Levison Wood, John Simpson, Sarah Outen, Simon Reeve and many more. There will also be panel discussions with travel experts, including Wanderlust Magazine Editor Phoebe Smith.