Author Will Hunt travels the planet exploring the world beneath our feet. He reveals five caves that have strong spiritual and cultural meaning - and are incredibly beautiful as well 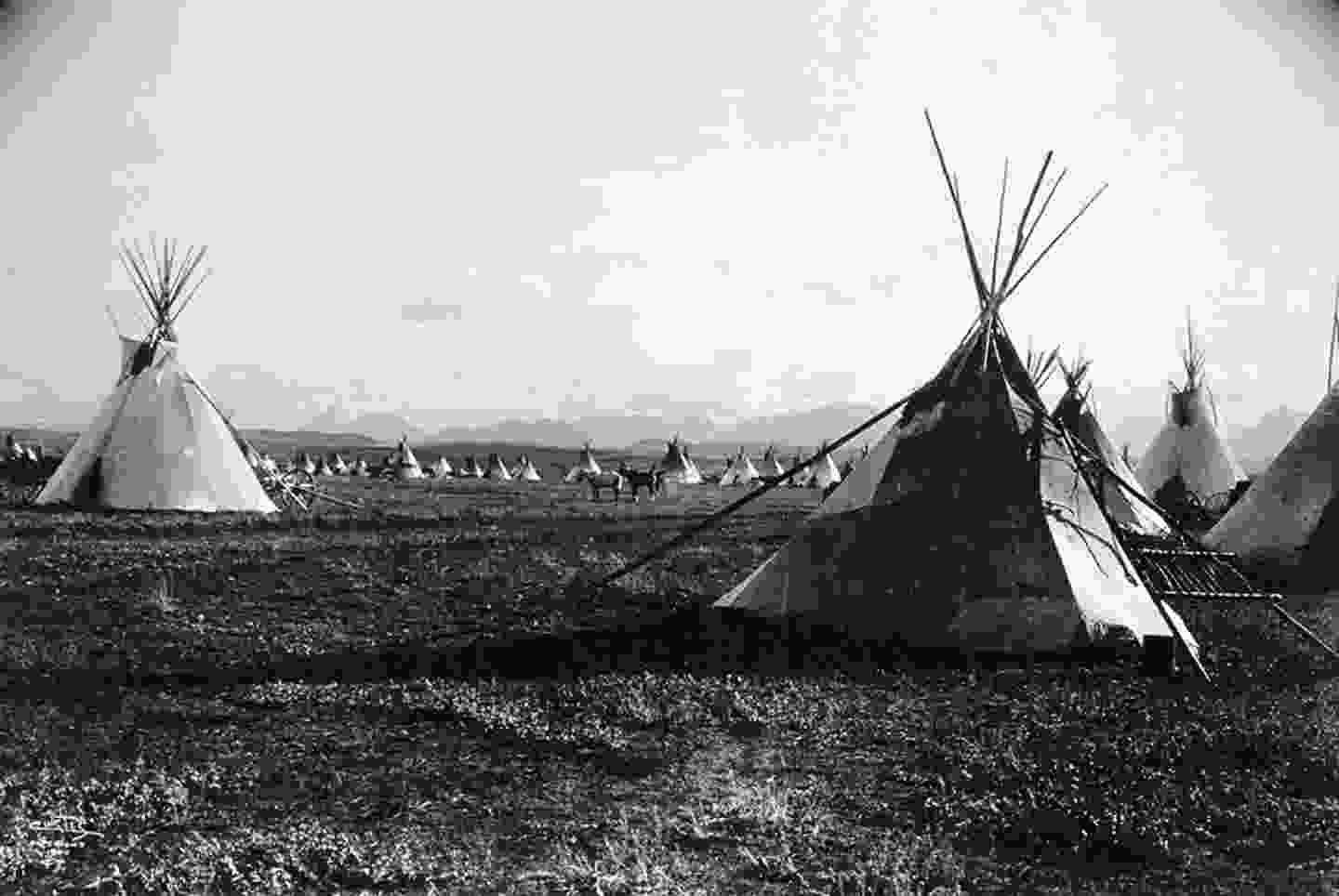 Lakota tribe encampment in the Black Hills (Supplied by author)

The Lakota tribe, who have lived in the Black Hills for eons, call this cave Washu Niya or “Breathing Cave.” In their creation story, the first humans dwelled deep underground in the underworld, then slowly climbed upwards, before arriving on the surface through the cave’s mouth.

As the sacred place of their ancestors’ emergence, the Lakota still come here to perform ceremonies; at certain times of the year, you will find tobacco pouches tied to the branches of bushes near the entrance to the cave. And sometimes, if you catch the weather right, you can sit at the cave mouth and feel wind blowing up from the depths of the underground, like the earth is letting out a long sigh. 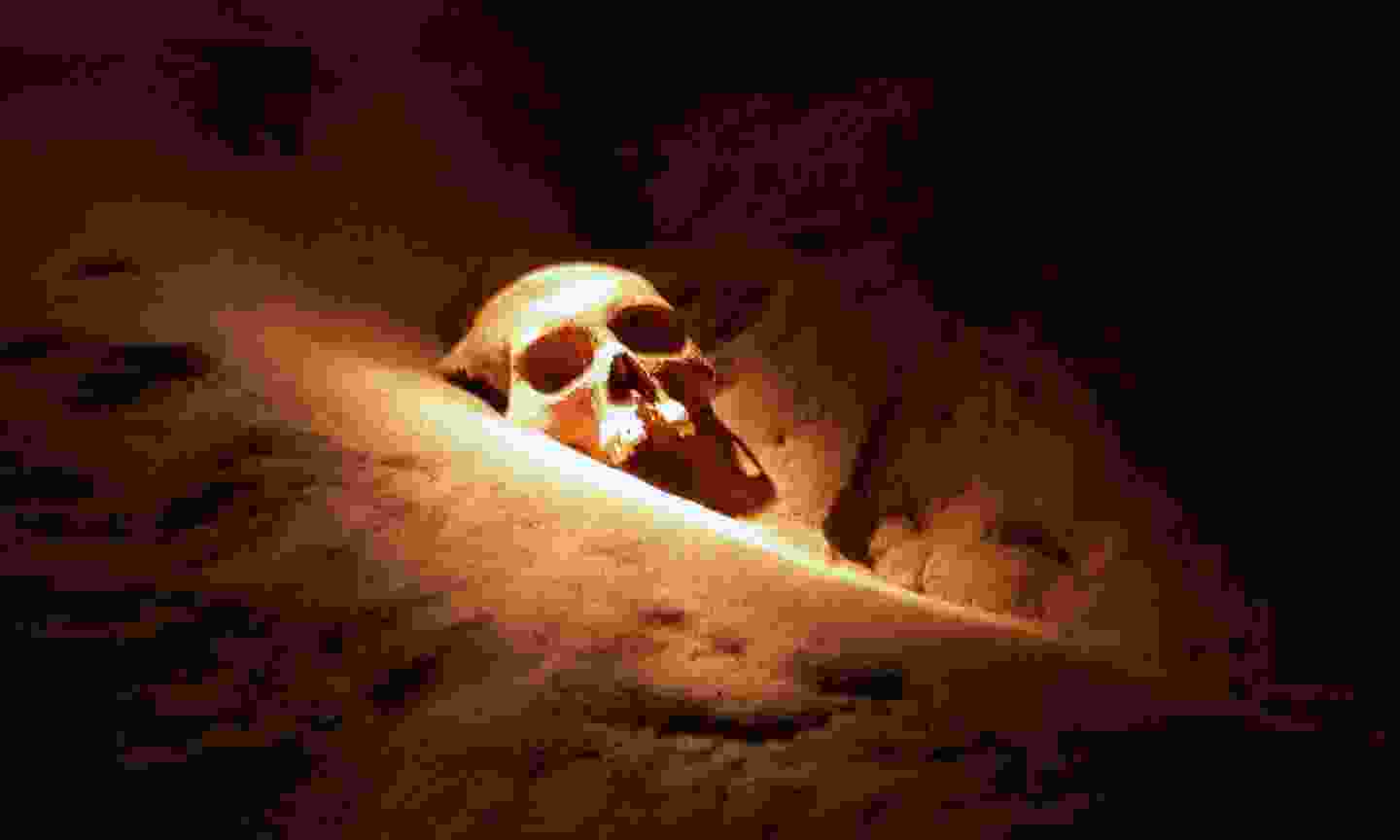 The entrance of “The Cave of the Crystal Sepulcher,” as the name translates from Maya, resembles the gaping mouth of a monster, with fang-like stalactites poking down from the roof and a green river gushing out from within. Swimming upstream through the dark, you enter the central chamber, where, as your eyes adjust to the torchlight, you see bones strewn across the floor.

Here are the remains of 14 individuals, among them a twenty-year-old woman with glittering calcite-encrusted bones who is known as the Crystal Maiden. All of them were sacrificed by ancient Maya priests more than 1000 years ago as offerings to the god of rain, Chaak, who was said to dwell in caves. 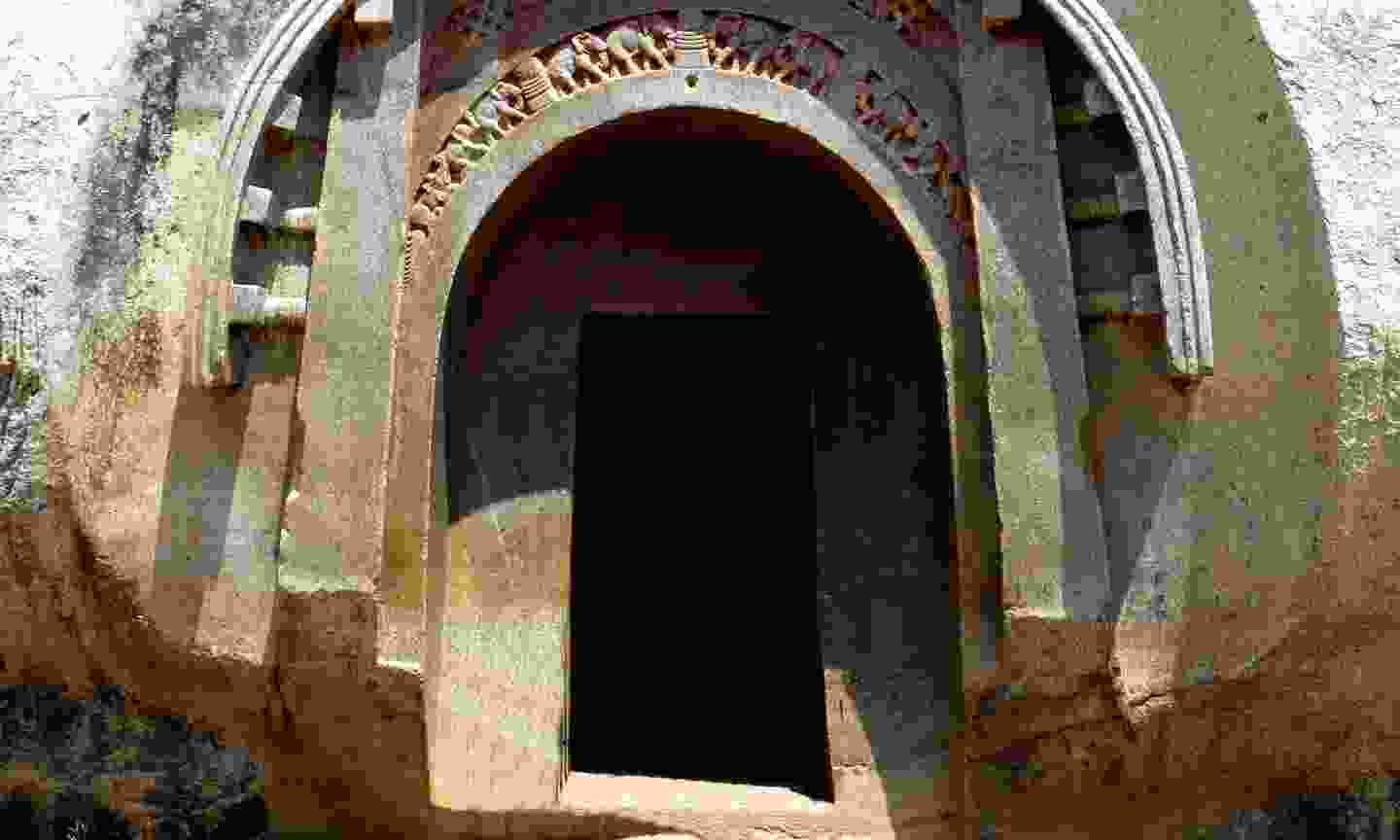 Sunk into a large smooth granite hill in the plains of northern Indian, the Barabar Caves are actually man-made, carved by Buddhist holy men in the 3rd century BC. Situated in the very cradle of Buddhism—the Bodhi tree, where Gautama Buddha became enlightened, is just a day’s walk away—the caves were a hub for the religion’s earliest ascetics. The caves’ apparent modesty—each chamber is about the size of a train car—belies a remarkable architectural feature:  vaulted ceilings and perfectly polished walls create an astonishing echo effect that served to deepen and prolong the meditative chants of ancient monks. With even the faintest whisper, you will set off a sonic coil in the dark that gives the effect of standing in a soaring cathedral.

The Pyrenees are worm-eaten with caves, many of them graced with sacred prehistoric artworks, but none is quite so alluring or mysterious as Le Tuc d’Audoubert. Set on a private family estate outside the village of Montesquieu-Avantes, the cave contains the bisons d’argiles, the clay bison, a pair of sculptures created some 14,000 years ago.

The bison were sculpted in the very deepest chamber of the cave, down a sequence of tortuously narrow passageways, as far as possible from the reach of sunlight. In an adjoining chamber, archaeologists have discovered an array of footprints – mysteriously, all of them heel prints – which suggest that this hidden chamber was the scene of an ancient sacred dance. 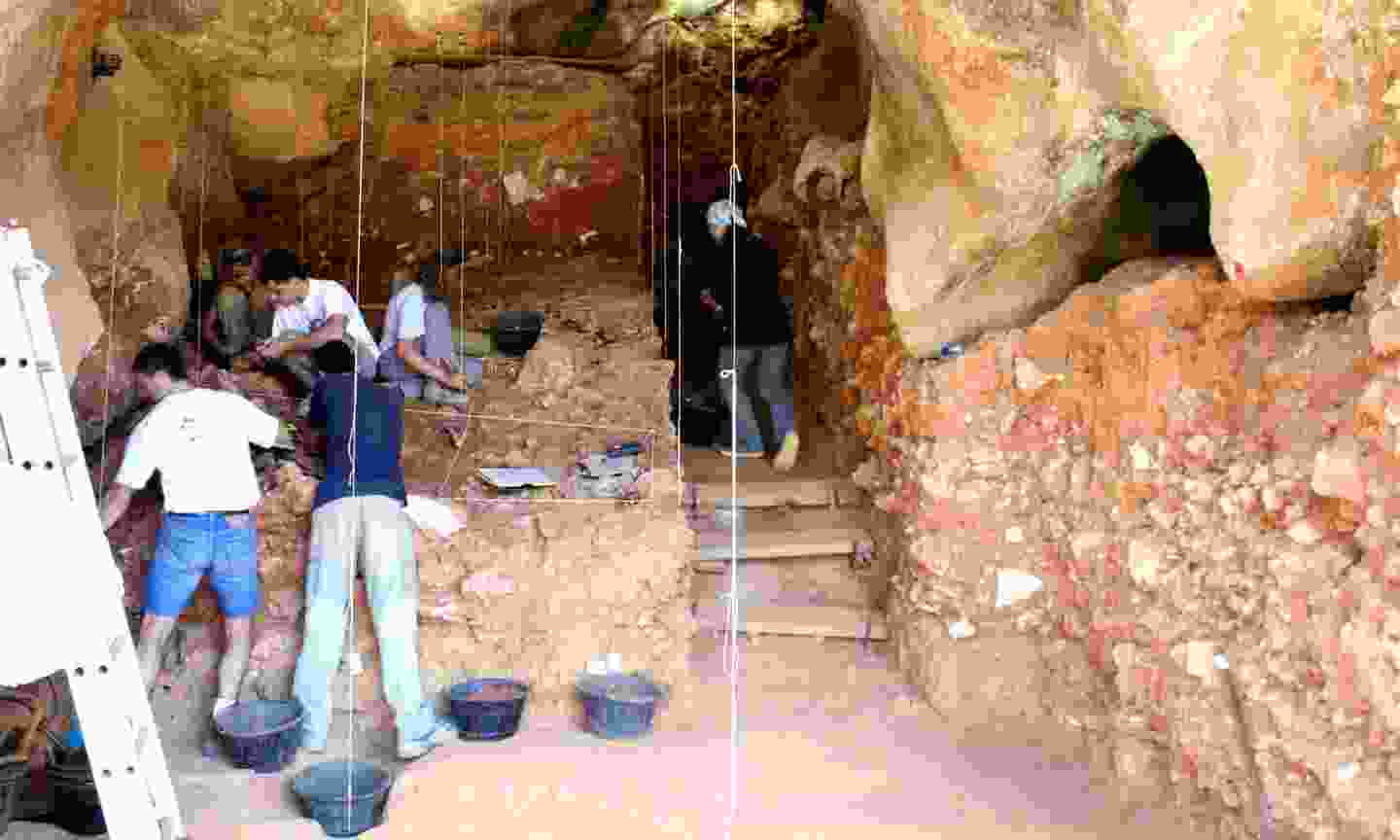 Sima de los Huesos, or “The Chasm of Bones” reminds us just how long our ancestors have considered caves to be sacred. Tucked away at the very back of a large cave in the Atapuerca Mountains, this vertical passageway, or “chimney,” contains the remains of twenty-eight hominids, dating to between 430,000 and 600,000 years ago. That is to say, long before Homo sapiens even existed.

Discovered amidst the bones was a hand-axe of glittering red quartzite—a rare stone, carried from a great distance, signifying that it was special—which archaeologists call Excalibur. Experts believe that Excalibur is the first evidence of religious behaviour in the history of humankind: an archaic ritual honouring a journey into the underworld. 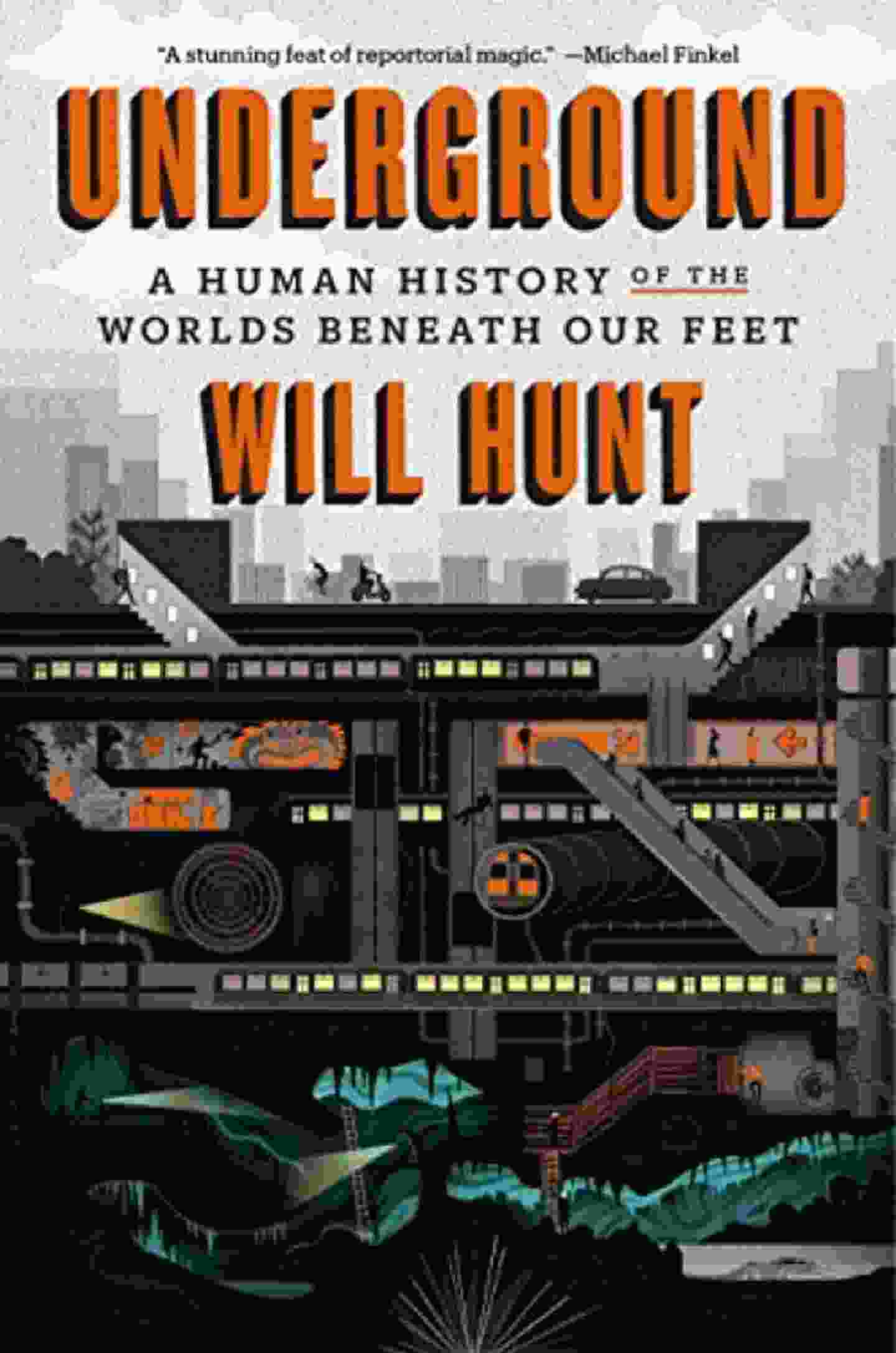 Will Hunt is the author of Underground, a human history of the world beneath our feet. It chronicles his adventures in caves, catacombs, subways systems and long abandoned mines around the world. Published by Simon & Schuster, you can order your copy on Amazon now.