Bangkok's insider secrets and top experiences, by the expert guides who know the city best

We asked some of Bangkok’s expert tour guides to reveal their top insider tips, from the best bars and restaurants to hidden gems and things to do. Here are their insider secrets

What’s your favourite bar in Bangkok? 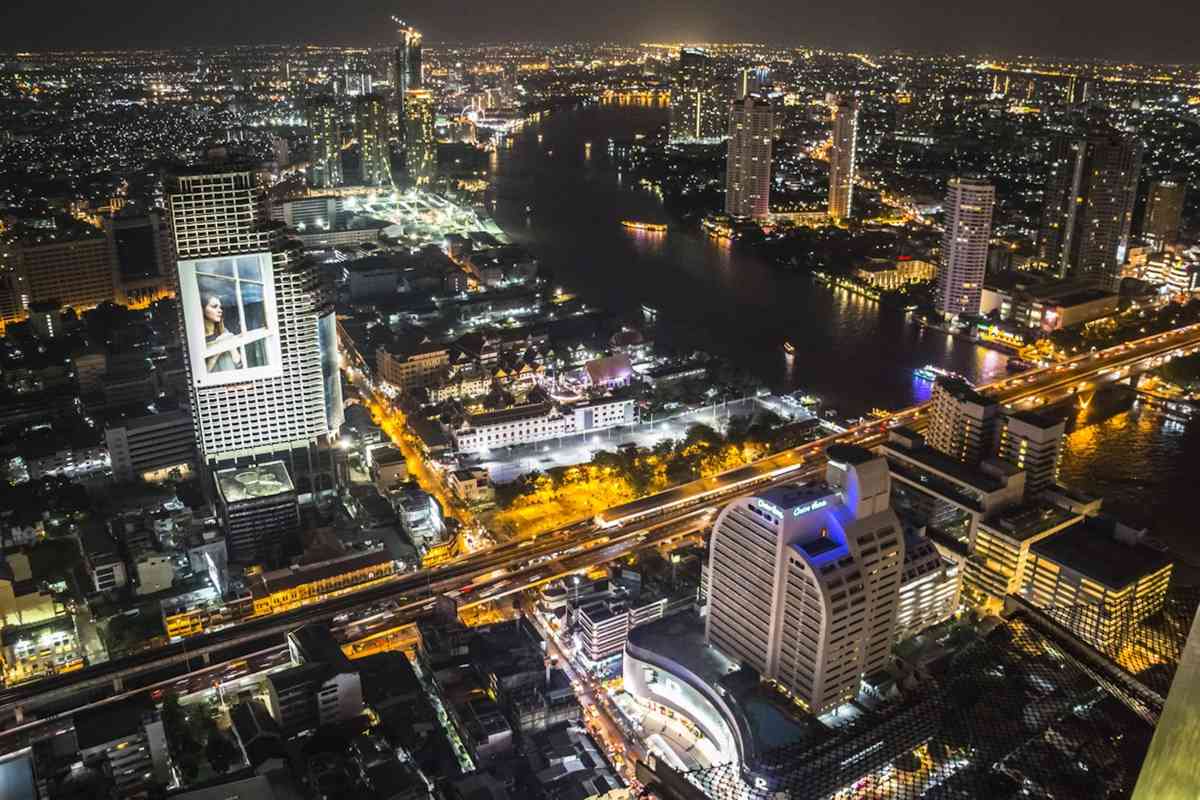 Wipaporn Ord (Wi): The Skybar at Lebua on Silom. This glass-sided open bar on the 64th floor guarantees the most spectacular views of the city, as well as a fair chance of vertigo. Get there for sunset. The drinks are expensive, but worth every baht. There’s a strict dress code too, but again it’s worth making the effort for. This is a place to splash out for your last night in town.

Sarawut Thinpathom (Oh): I love the Brown Sugar Jazz Boutique on Phrasumen Road in Banglamphu. They’ve featured great live jazz now for 30 years and are still going strong. Eclectic sounds and an eclectic audience make for a great night out.

Pascal Rimpault: I’d go for the Rolling Bar on Prachatipathai Road.  It’s in Banglamphu, only a 10 minute walk from the Khao San Road mayhem, yet tucked away alongside a canal.  It’s well worth seeking out for its friendly vibe, atmospheric location, great music and good service. A fun evening is guaranteed.

Where can you can find the best food? 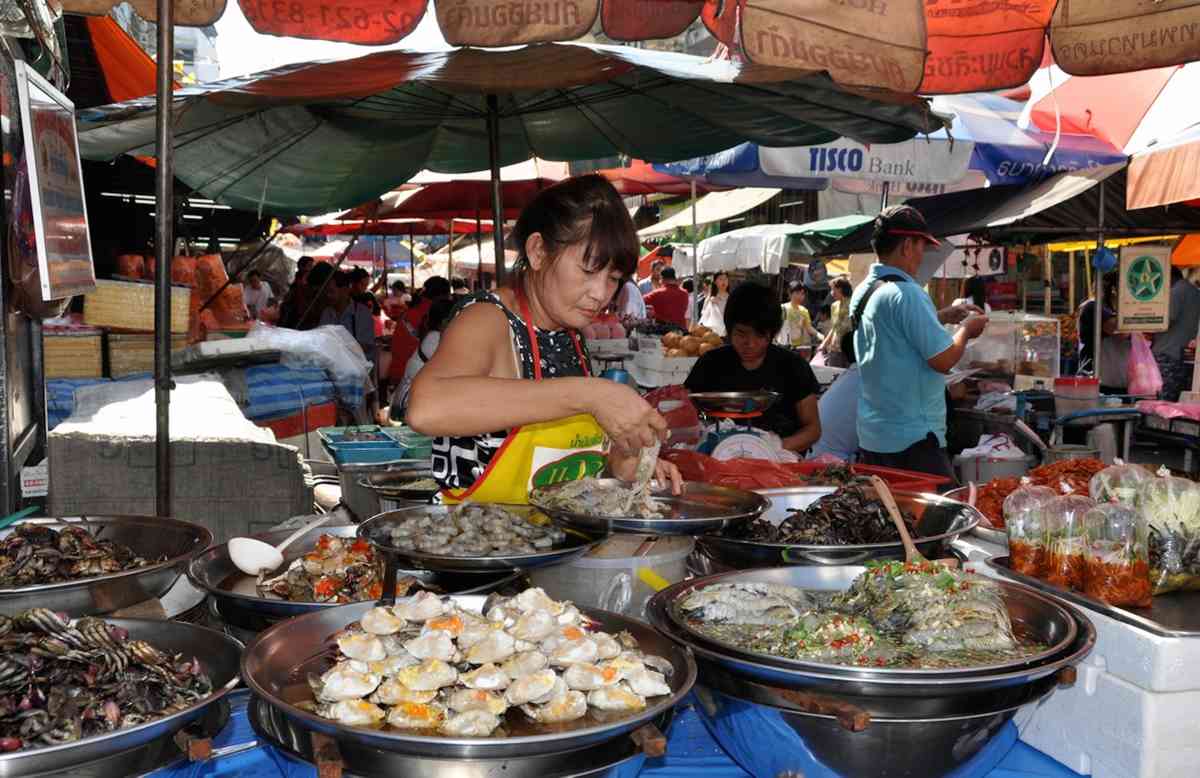 Wi: Try Baan Khanitha with one outlet on Sathorn and another restaurant on Sukhumvit. I like the way they concentrate on local food only, without trying to cover all of Thailand’s bases. It’s a great spot to sample authentic Bangkok dishes, with a delightful setting and reasonable prices.

Oh: It might seem like an odd choice, but I’d go for Ban Kamnan on Luang Phaeng Road, Lat Krabang. It’s out of town, close to the airport, but that’s where Thai trips often start and finish, so if there’s any hanging around involved I prefer to grab a cab for the short ride to this wonderful family-run restaurant. The quality and price are hard to beat downtown.

Pascal: Without a doubt, Chinatown is my pick. You get wonderful Thai and Chinese street food at great prices with an unbeatable atmosphere. It’s about Southeast Asian flavours in every sense.

Which is Bangkok’s coolest area to explore? 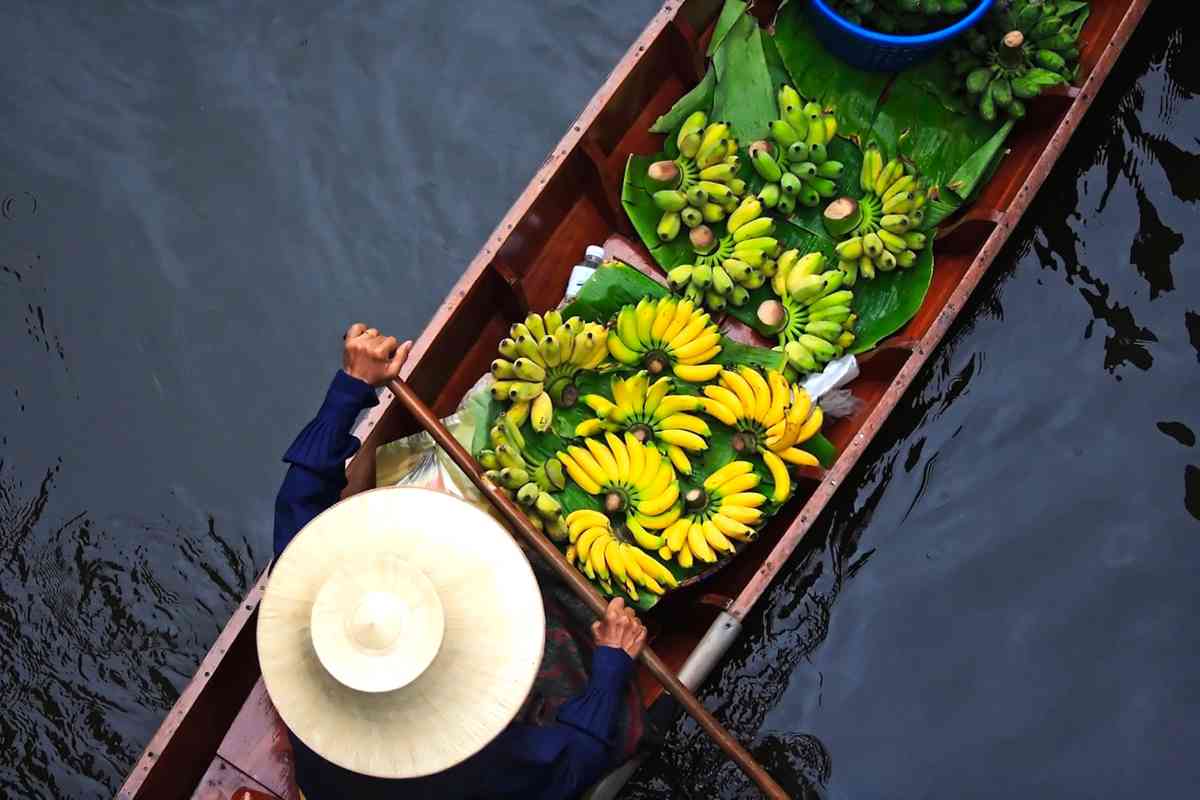 Oh: For me, it’s the Siam Square area, the bustling heart of the city. It’s all very modern with lots of skyscrapers, overhead railways and giant electronic billboards, but if you get there on a rainy evening, you’ll feel like you’ve wandered straight onto a Blade Runner set.

Pascal: I love Chinatown and Little India for the food and street life, as well as Prathunam for the shopping and food, but all round I guess I’d say Banglamphu. It’s a tourist part of town, but for vibrancy and colour, plus an astonishing range of bars, cafes, restaurants and street markets, it’s hard to beat anywhere in the world, let alone in Bangkok.

Which is the city’s most interesting gallery, museum or monument? 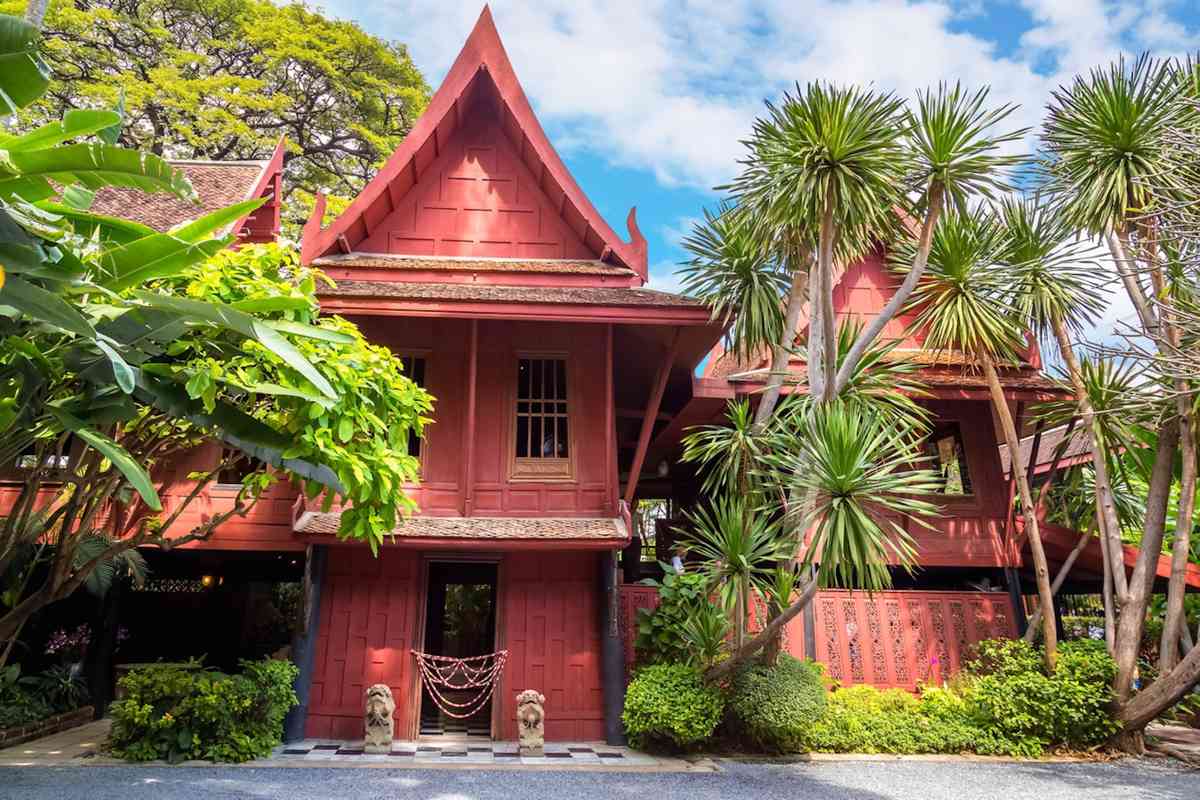 Wi: Definitely the new Bangkok Art and Culture Museum near the National Stadium. It’s a modern but fantastically designed building with nine floors of displays. It’s air-conditioned, so a great place for the middle of the day. The excellently laid out and well-explained exhibits makes it Bangkok’s most informative museum on our culture and traditional life. On top of that, it’s free, with a convenient central location, so it’s easily slipped into any city tour.

Pascal: I’d go for the Jim Thompson House Museum, near Siam Square. It’s a lovingly preserved slice of traditional Thai life. Jim Thompson was a fascinating character who, while single-handedly revitalising the Thai silk industry during the 1950s and 1960s, had a more mysterious side, and his disappearance from a Malaysian holiday cottage in 1967 has never been explained. You get interesting history, plus a fabulous, old teak building housing the owner’s superb Thai art collection.

Oh: Try Wat Phu. Everyone goes to the Grand Palace, but not all make it to nearby Wat Phu, which makes it appreciably less hectic and far more conducive to a leisurely stroll. There’s some classic Thai Buddhist architecture here, plus the famous massage school if you’re feeling weary.

Are there any ‘hidden gems’ that most tourists miss? 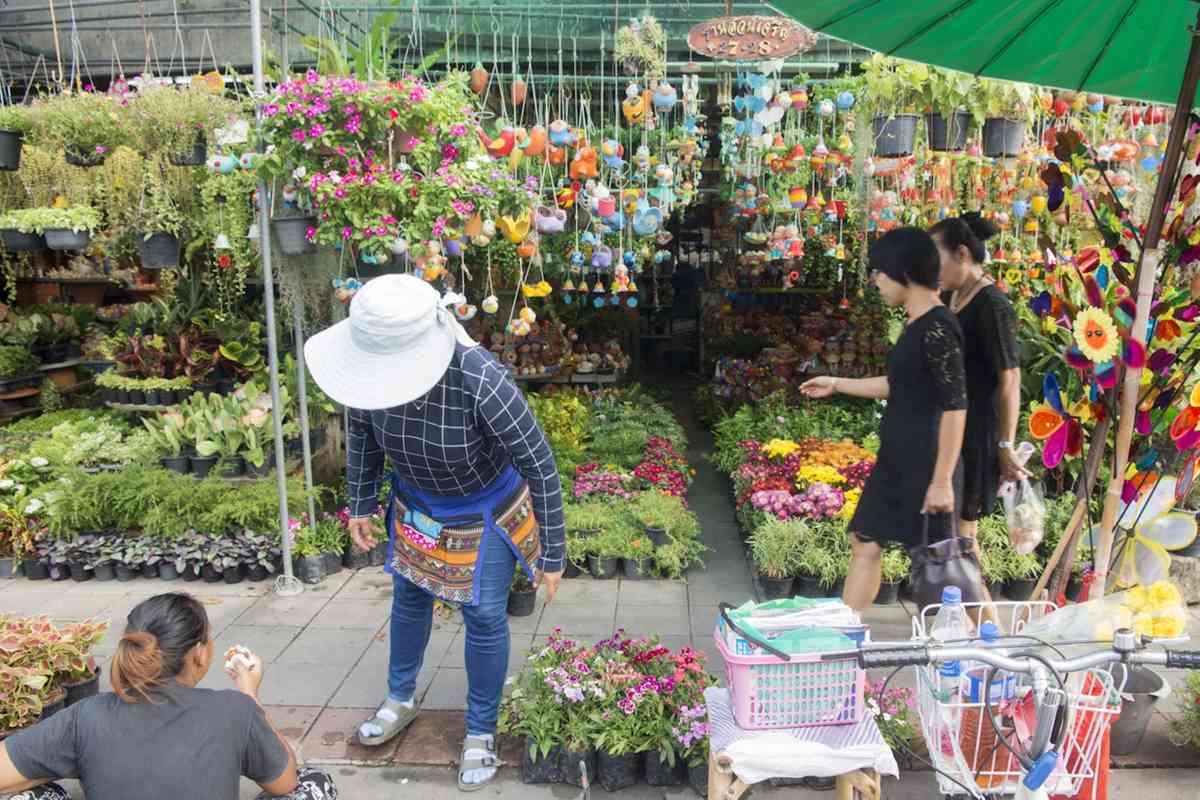 Oh: I’d recommend the centrally located, but generally overlooked, Thewet Market, just north of the popular Banglamphu district. It’s a very traditional market with plenty of friendly vendors, plus a picturesque flower and plant market alongside the canal. A short walk from many hotels and on the river as well, it’s easily accessed by foot or boat, avoiding any traffic.

Wi: Thaling Chan floating market is great. This is my part of town, so I know it well, but very few foreigners make it out this way. Avoid the well-known ‘tourist market’ at Damnoen, with its huge coach park and tacky souvenirs. This one is the real deal. Get there while it’s still off the radar.

Pascal: Koh Kret for traditional village life on an island in the Chao Phraya River in the northern suburbs of Bangkok. At weekends, you can take public ferries all the way there and explore the narrow lanes on foot or rented bicycle. It’s all very laid back with plenty of local cafes and coffee shops to break up your wandering. 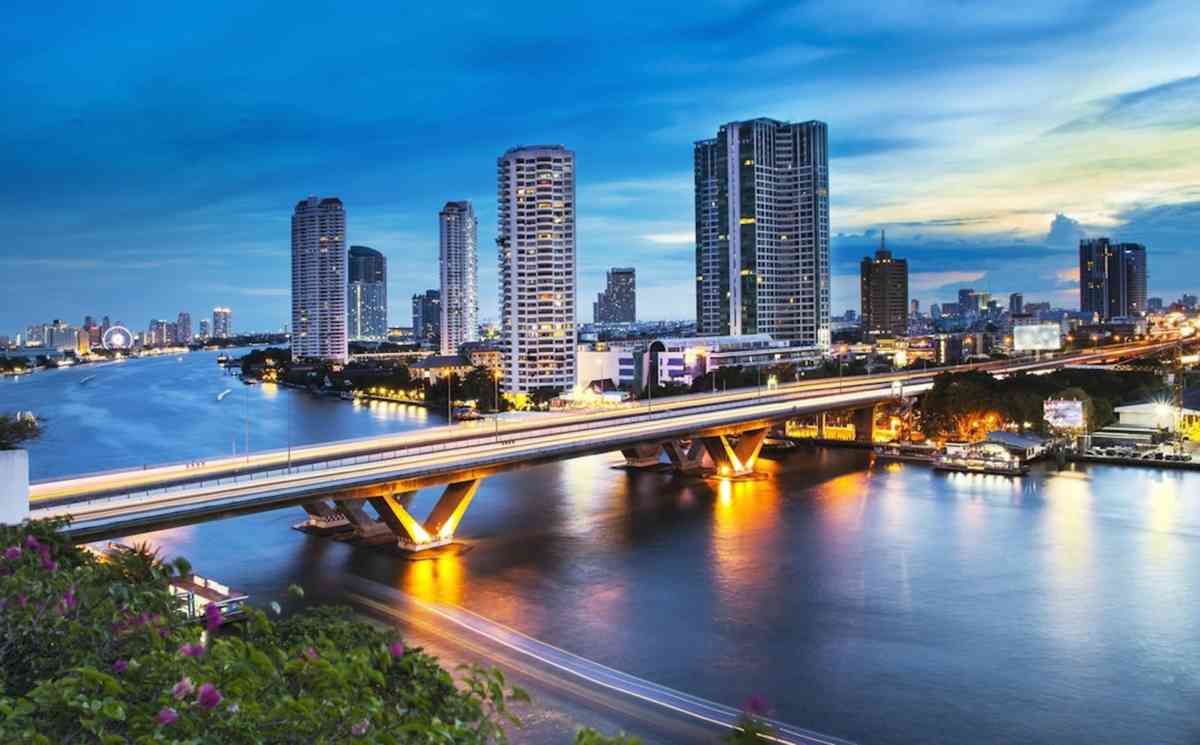 Oh: Bangkok’s not always a very pedestrian-friendly city, plus it’s big, but as much as possible I recommend doing it on foot. It’s by far the best way to soak up the vibrant street life, which for me is one of the city’s strongpoints. Keep your camera at the ready and don’t hesitate to go off-piste down any tempting side streets.

Wi: Forget taxis and tuk-tuks. Using public transport, such as local buses, the metro, sky train and ferryboats, is more fun, cheaper and affords ‘behind the scenes’ glimpses that you won’t see from the inside of an air-conditioned taxi. If you get lost, don’t worry – it may turn out to be the best thing that happened all day.

Pascal: I like the boat transport on the city’s canals, as well as the Chao Phraya River. The city council is opening up new routes too, so grab a local transport map, avoid the notorious traffic jams and explore Bangkok’s myriad canals and waterways. They’re easy, fun and economical.

What insider tips would you give to travellers wanting to explore Bangkok’s most famous sites? 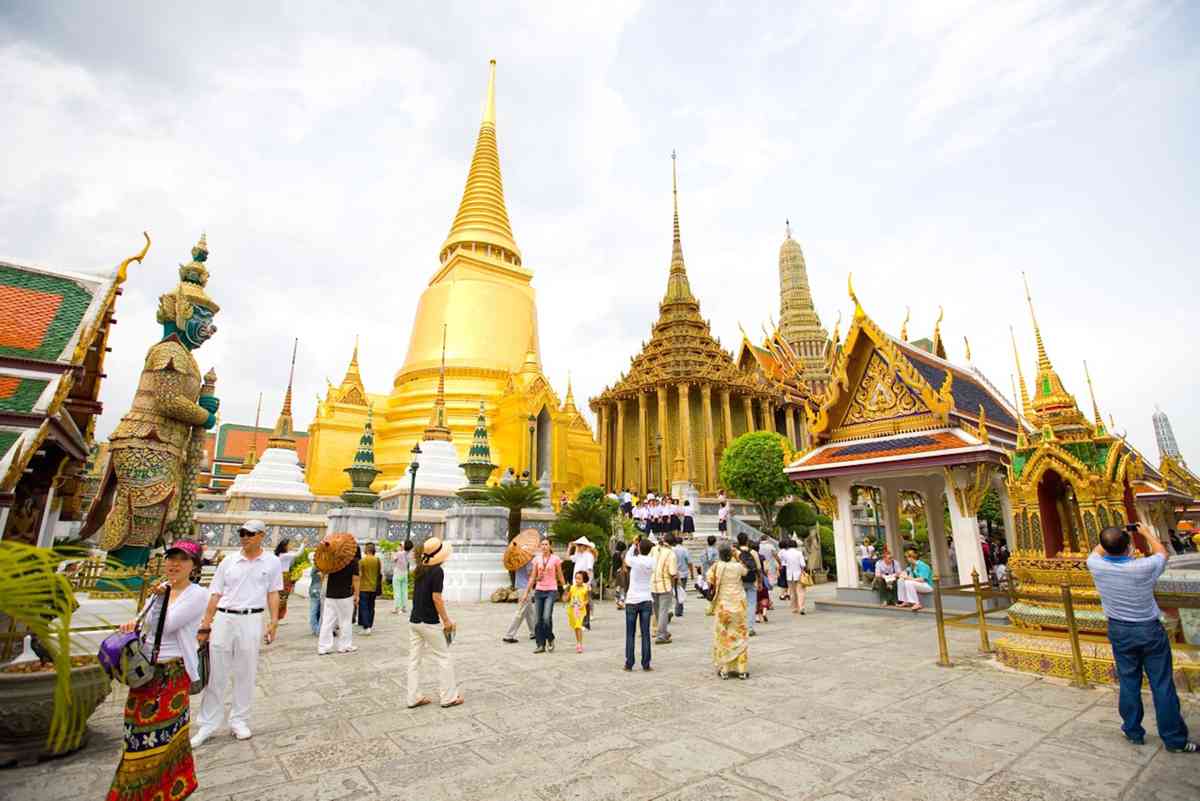 Oh: Everyone visits the Grand Palace. It’s one of the city’s most spectacular sites but a correspondingly crowded one and unfortunately a magnet for would-be tourist scammers. Make sure you get there as early as possible, when it won’t be so hot and it won’t be so hectic. It’s a short walk from most Banglamphu hotels and guesthouses, so avoid the tuk-tuk scams and ignore any touts on your way in or out.

Wi:  Chinatown and Little India is a fascinating area to visit, with its labyrinth of narrow alleyways ideally done on foot. It’s also an easy place to get lost in and miss half the sites, so my recommendation would be to get a few people together and split the cost of a guide. You’ll get far more out of your visit, you won’t get lost and you will have someone on hand to explain what you’re looking at.

Pascal: My favourite site was Jim Thompson House but it can be a tricky one to get to. This is one of the most congested parts of town and, although there are sky train stations, Banglamphu with all its tourist accommodation doesn’t have a train line. What it does have though, that may visitors don’t seem to realise, is a great canal boat system. Boats from the Golden Mount pier by the Democracy Monument will drop you on the quay right outside the Museum. It’s an easy way in and out for your visit, plus it’s a fun and cheap way to travel.

Oh, Wi and Pascal all lead tours for All Points East throughout Southeast Asia, including Thailand.  Wi won the Silver medal in Wanderlust’s 2016 World Guide of the Year Awards. Pascal is a professional photographer and leads photographic tours where backstreet life features alongside the city’s ‘must-sees’. Oh guides predominantly in Thailand and Yunnan.

Tours with All Points East can be found at www.allpointseast.com