Voted ‘Top UK Destination’ by you – it may have been hit by floods but, thanks to community spirit, the Lakes is very much open for business, says Phoebe Smith

Back in December many of us watched the news in horror as we saw parts of the Lake District (voted Wanderlust readers’ No. 1 UK destination) hit hard by Storm Desmond. Bridges and roads collapsed and properties flooded.

But go there now, just a couple of months later, and you won’t believe it’s the same place. New restaurants and hotels have opened, a brand-new walking trail is about to be unveiled, and electric cars have been brought in and buses put on to help people get around. There’s a palpable buzz of excitement in the air.

“It’s very much a case of business as usual,” said Lake District project ranger Dylan Jackman, who is busy putting the finishing touches to the Ullswater Way footpath – set to officially open this spring. Once finished, it will be the only fully waymarked circular lakeside walk taking in the entire valley, and hikers can use buses and boats to tick off a section if they don’t want to do it all. “The floods damaged 20% of our paths in the National Park, but we only had to part-shut three-to-four sections; the rest have re-opened. Though we’re repairing, we’re doing so while considering how we can reinvent and improve things,” said Dylan.

This spirit of reinvention is embodied by the footpath itself. All the local businesses have come together to ensure it happens, with farmers even allowing rights of way on their land. It’s a case of community thinking to benefit everyone.

Elsewhere in the Lakes, examples of coming together are plentiful. In Pooley Bridge – where the villagers have playfully crossed out the word ‘Bridge’ on the town sign on account of losing theirs to the flood – workmen are determinedly fitting a temporary bridge to reconnect it to other Ullswater communities; it will be ready for Easter.

And over the fells in the village of Grasmere, the road connecting it to the main northern town of Keswick had to close due to damage, so a bus has been put on to link the two while it’s repaired. Aside from transport links, something even more tantalising (and tasty) is happening in the valley.

A former shooting lodge has now opened as The Forest Side, a ‘luxury hotel’ with a novel approach to food. Its award-winning head chef, local lad Kevin Tickle, has been a keen forager since he was a child; now he does it professionally having created a special ‘forage to fork’ menu.

“There are 45 acres behind the hotel to forage in for garnishes, herbs, fungi and nuts,” said Kevin. “There’s the Cumbrian coast for seafood and we produce a special beer from Nordic spruce shoots, and maple syrup from the silver birches on site.”

Post-floods, the Lakes could easily have shut its doors while it recovered, but thanks to new initiatives, community spirit and the offer of a hearty helping of adventure both on and off the hills, Cumbria is very much open for business. 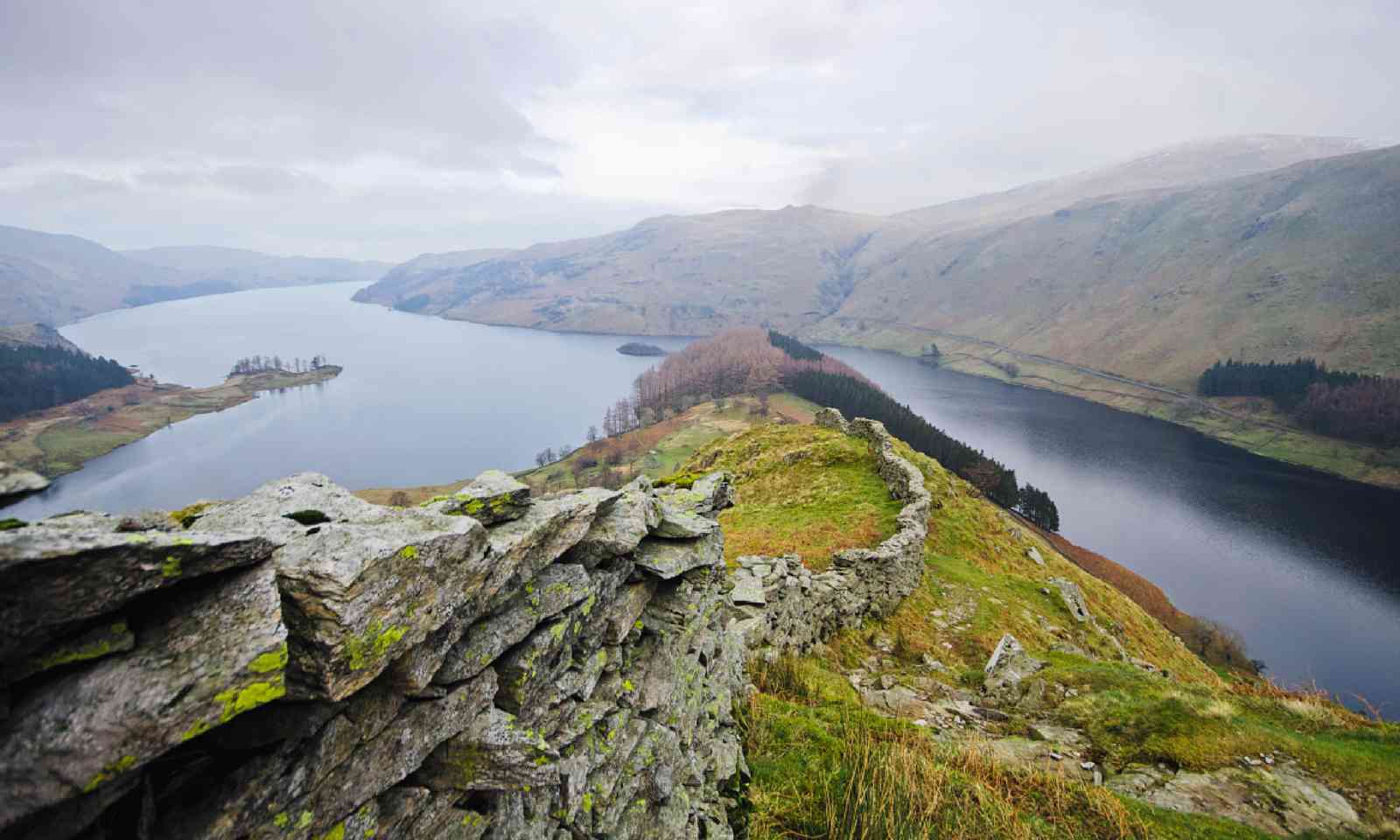 When to go: Now. Forget the images you’ve seen on the news of villages underwater, the Lake District is open for business. Spring will bring daffodils and the official opening of the Ullswater Way (see ‘Day 2’); summer offers warmer weather and rolling green fells; and autumn boasts all the highlights but less crowds than the high season.

Getting there: The nearest airport to the north-east Lakes is Newcastle, but Manchester is also an option. Trains run to Penrith and connect with Pooley Bridge, Ullswater and Grasmere via regular buses – see traveline.info for up-to-date times. If driving, take junction 39 or 40 for the northern Lake District.

Getting around: Buses are a great way to get around the Lakes. You can hire a Twizy (electric car) for an hour or take the Ullswater Steamer.

Where to stay: For the northern Lakes, there’s the lively Pooley Bridge Inn.

For a treat, it’s got to be newly opened The Forest Side, Grasmere. Perfectly placed to explore Grasmere, it offers views of the fells and sumptuous rooms.

Where to eat: Even if you don’t stay in The Forest Side (above), you must go there for food. The theme is ‘forage to fork’, so each dish changes by the season as award-winning chef Kevin Tickle goes looking for local ingredients. For a snack, make sure you try Grasmere Gingerbread too. 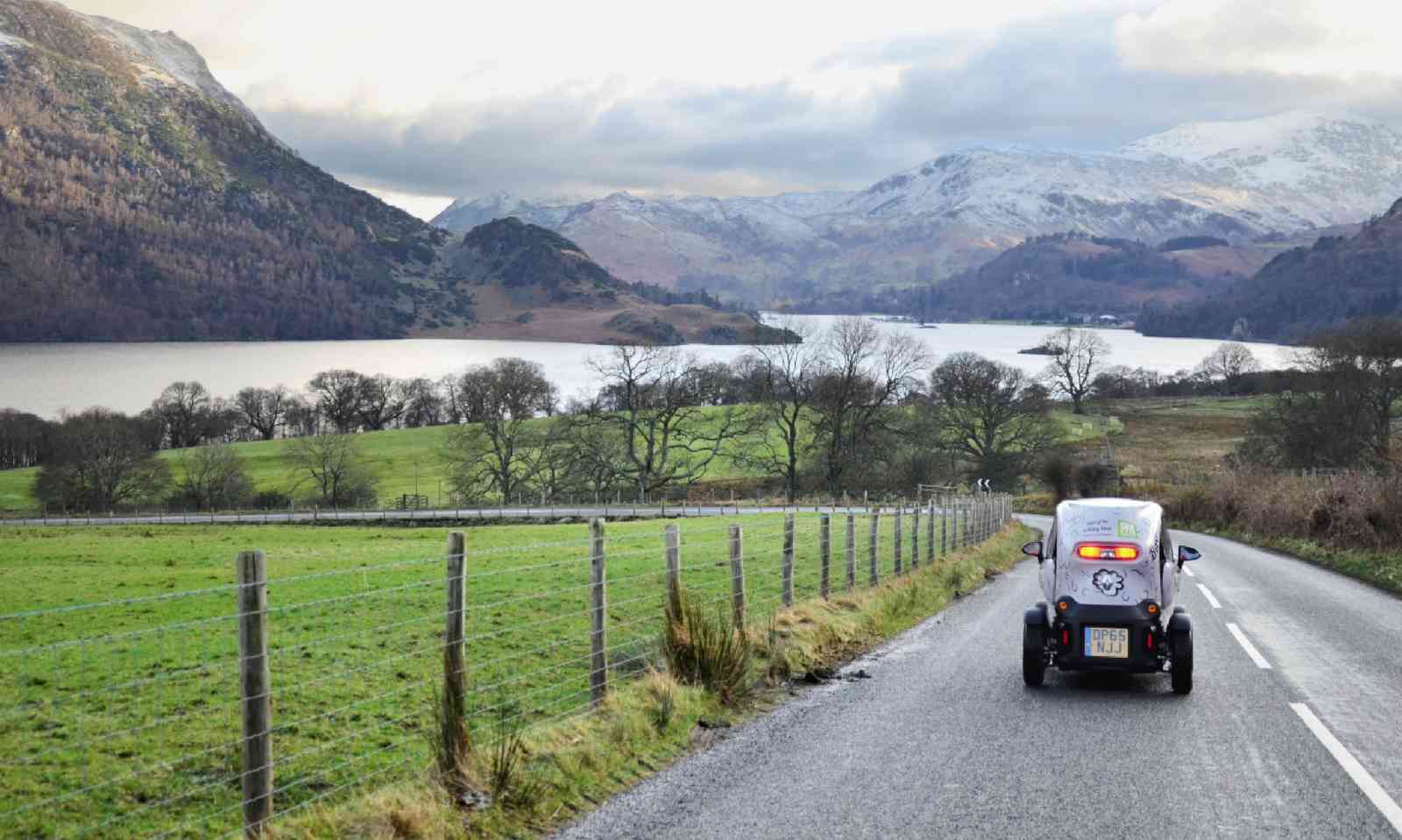 A Twizy in the Lake District (Neil S Price)

Start by heading to one of the least visited valleys – Haweswater. A giant reservoir spans the length of it, but pre-1935 (when it was controversially flooded to provide water for the city of Manchester) it was home to two small tree-dotted villages called Mardale Green and Measand, complete with farms, a church and a five-century-old pub. Nowadays, when the water recedes during extreme dry spells, you can see the bridge, walls and the tennis courts that sat behind the hostelry.

Now quiet and crowd-free, the valley offers a range of great walks. Trek along the Lakeshore Footpath and up Rough Crag for expansive views, or higher still via the Nan Bield Pass onto High Street.

It’s also home to the only golden eagle in England. So take your bins and sandwiches and head to the small RSPB hide, manned between April and August (11am-4pm on weekends and bank holidays), where staff will help you spot the prize species.

Afterwards, go to Pooley Bridge – where they’re erecting a temporary bridge after the floods took out the 250-year-old stone one – for good pub grub and walkers’ chat.


Day 2: Ullswater in a twizy

Ullswater is not only the second-largest body of water in the Lake District but also boasts the reputation of being one of the quietest. So there can be no better way to get your bearings than by hiring one of the new flock of near-silent Twizys (electric cars). Painted as sheep and sporting a name (taken from the Cumbrian dialect), they seat two.

Skirt the lake’s edge, then from the pier at Glenridding take a ride on one of the Ullswater Steamers. You can do a round-trip tour or get out at one of the stops. Recommended is Aira Force, a perfectly positioned waterfall amid ancient forest. There’s a tearoom and a few walks here of varying lengths, but by far the best is the one up to Gowbarrow fell, from where you’ll get views up and down Ullswater.

For those wanting something longer, there’s the newly completed Ullswater Way, a 32km waymarked footpath around the circumference of the water, which takes in the spot where Wordsworth ‘wandered lonely as a cloud’ and saw the daffodils that inspired his most famous poem. After that, you’ll need to eat. End at Rampsbeck for food with a view. 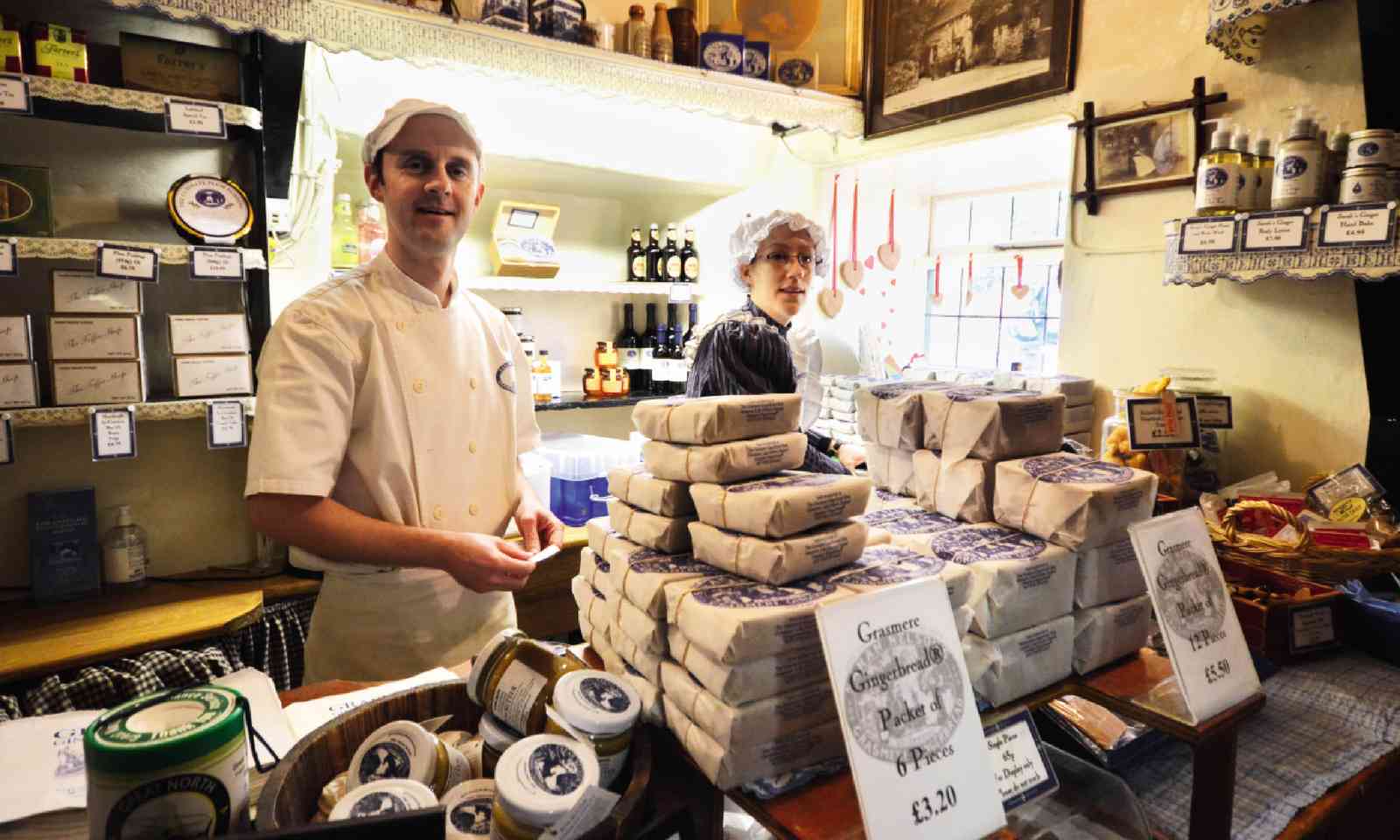 The village of Grasmere is synonymous with good food. Home to some world-famous gingerbread, visit Sarah Nelson’s shop and be intoxicated by the aroma of this freshly baked Victorian snack. The area is now also home to The Forest Side, where its newly appointed local chef forages for the food that ends up on your plate in one of several exquisite dishes.

Build up an appetite first by heading up Helm Crag. At 405m it’s a fair prospect for most, and offers some of the best views you’ll get for just a little effort. On the summit are two rock formations – the Lion and the Lamb (which can be seen from the road and resembles a small creature peering up to a much larger one) and The Howitzer, which is the true summit but is very tricky to climb. A little under the summit, off the main path, is a flattened section of grass that makes a great picnic spot, with views down over the village and surrounding fells.

Heading back into Grasmere, enjoy a stroll around the tearooms and shops before paying a visit to the church and graveyard where William Wordsworth and his family were laid to rest. Then wind your way along the river, keeping an eye out for the wood sorrell, bittercress and wild garlic that you may later see on your plate.

Main Image: Gazing down to Grasmere from the 'Lion' of Helm Crag (Neil S Price)