9 things to see on your second trip to Rome

Seen the big draws of Rome already? Here's how to delve deeper and dodge the crowds on your second visit to the Everlasting City 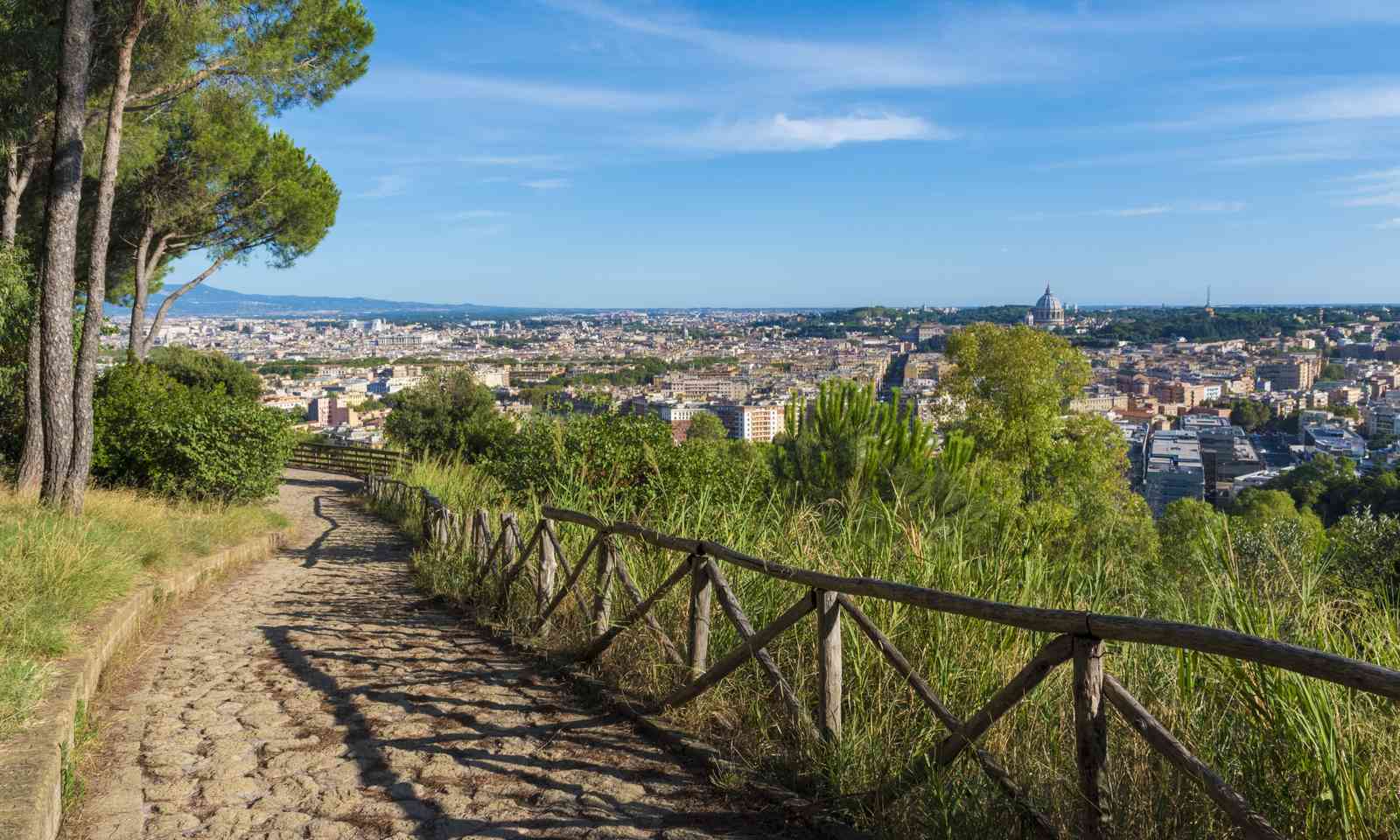 Although not one of the famed Seven Hills of Rome, Monte Mario offers spectacular panoramic views of the ancient city.

The eastern flanks of the elevation are home to a peaceful nature reserve and on the summit sits the Monte Mario Observatory from which you can look beyond the arresting red-roofed sprawling city below. The hilltop is also home to the Museo Astronomico e Copernicano, a brilliant museum that celebrates the stars.

Take the F3 trainline from Ottaviano near the Vatican for a direct route to the Monte Mario station, the base of the hill greets you as you step out of the door.

2. A modern window into the ancient world

Walking down the stairs into the ruins beneath Pallazo Valentini opens up a view into the past like nowhere else in Rome. The tour of the opulent Imperial-era ruins uses 21st century technology to immerse you in ancient life.

Follow the steps down into the gloom of the subterranean villas which lie beneath the 'new' building above. Glass floors overlay the ruins, so your feet hover inches above the old stone floors. A multimedia light display illuminates the underground space, projecting footage and pictures onto the inlaid marble and mosaic-clad walls and recreating life in ancient Rome.

The innovative tour strips back the years and engulfs you in the past. You’ll never see the city’s ragged ruins in the same light. 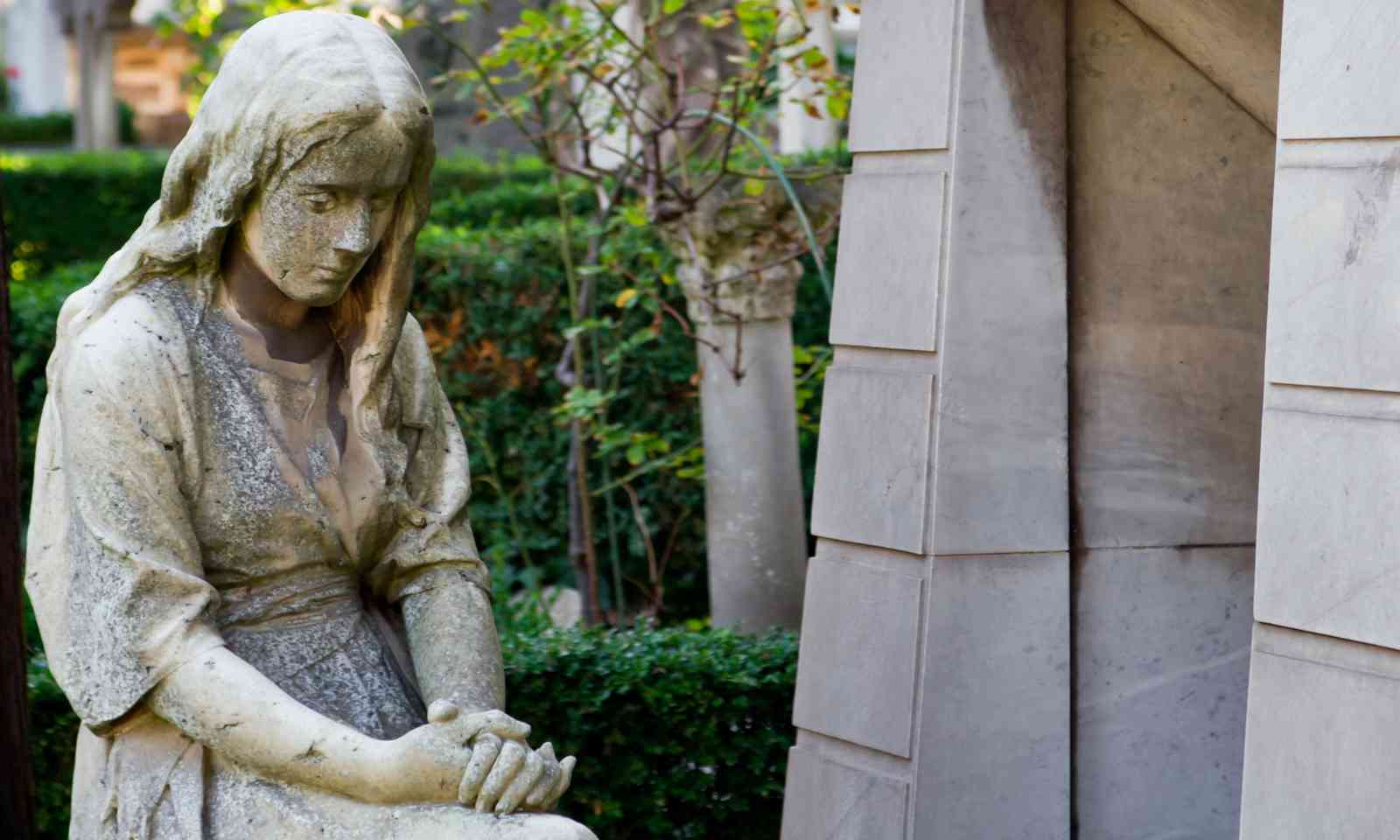 In the shadow of the Pyramid of Cestius lies a quiet and green cemetery. Although often called the Protestant Cemetery in Rome, the Cimiterio Acattolio per Stranieri is the final resting place of many religions.

Amid the well-maintained borders and luscious foliage lie around 4,000 graves, with headstones carved in myriad languages. Famous poets Percy Shelley and John Keats are interred in this Cypress shaded graveyard, alongside Italian philosopher Antonio Gramsci. A beautifully carved Angelo del Dolore, the angel of grief, depicts the heavenly figure slumped over a tomb in sorrow. The resplendent white sculpture was created by US artist William Story to mark the grave of his wife, Emelyn.

To visit this peaceful oasis of history, take the short walk from the Pirimide metro station – the cemetery is next to the Pyramid. Entrance is free but a donation towards the care of the cemetery is gratefully received.

3,700 skeletons of Capuchin friars lie interred in the tiny crypt beneath the Santa Maria church. In the 17th century an enterprising artist nailed many of the ancient bones to the rough white walls in intricate patterns and symbolic designs.

You'll find an hourglass made of rib-bones, wings made of hipbones, and plenty more gruesome sculptures – all haunting reminders of the swift passage of life and the inevitability of death. The six chambers of the subterranean grotto include the Crypt of Skulls, the Crypt of Pelvises and the Crypt of Leg Bones and Thigh Bones.

The Crypt of the Three Skeletons holds two full skeletons cloaked in the brown friar's robes and a princess' child-skeleton, pinned to the ceiling, holding the scythe of death and the scales of judgement (all shaped from bones).  A final haunting reminder is set on a plaque, “What you are, we used to be. What we are, you will be.” 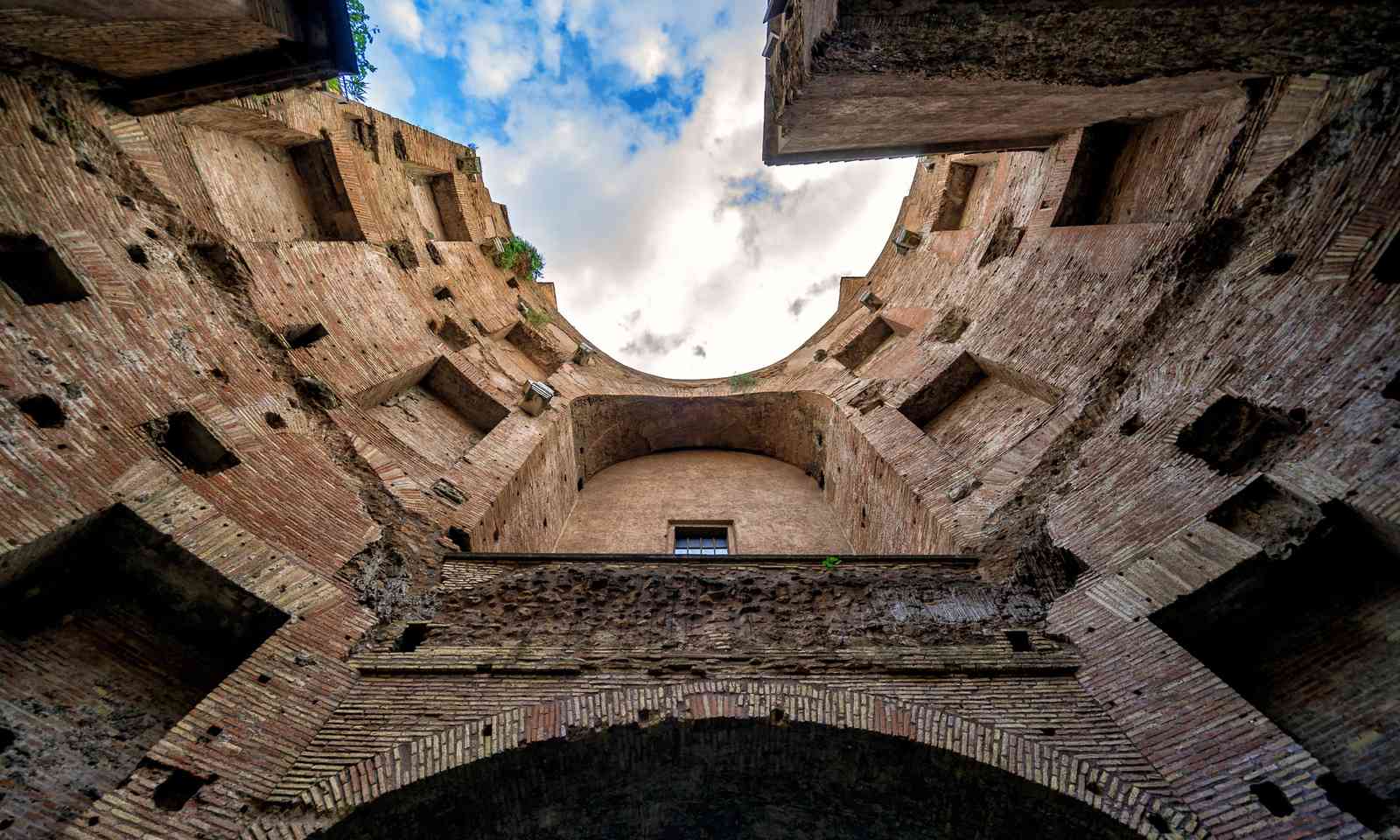 The ruins of the Baths of Diocletian (Shutterstock.com)

5. Take a dip into the past

Although within spitting distant of the main train station, the gardens offer a peaceful walk with plenty of sculptures and history to admire. Included among the beautiful ancient buildings (and in your ticket price) is Santa Maria deglie Angeli monastary, which was renovated from part of the baths by none other than  Michelangelo himself in the 16th century. Historic recycling at its best.

Prepare to feel small as your footsteps slap on ancient mosaics, echoing from the intricate vaulted ceiling far-above. You may find yourself all but alone in these magnificent baths as tourists often overlook the tiny entrance. Plan ahead: the baths are free to visit on the first Sunday of every month. 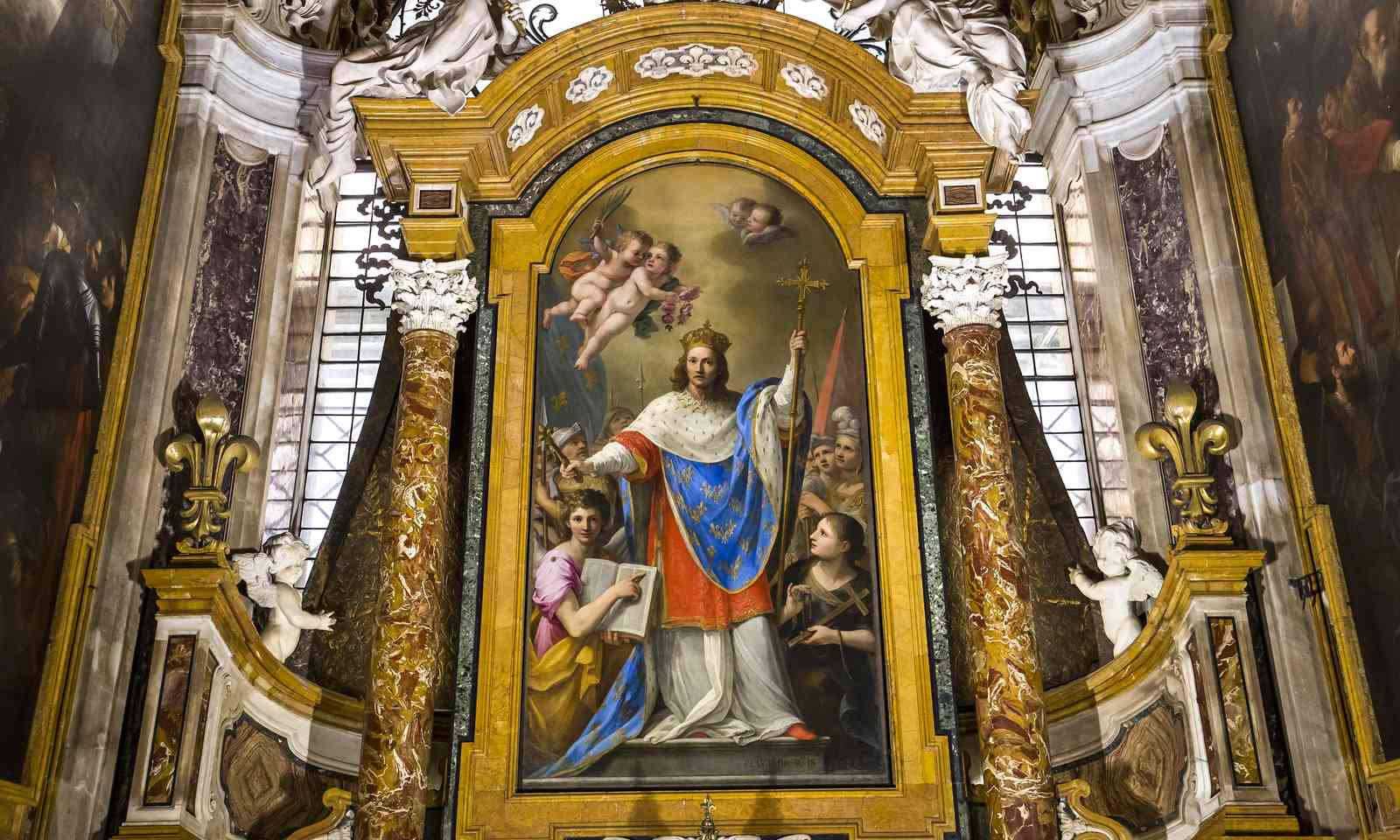 The church of San Luigi dei Francesi is a hop, skip and a jump from the Pantheon and Piazza Navona in the heart of Rome but is often overlooked by the crowds. While Francophones will be pleased that mass is directed in French in this ornate, gold-clad Baroque church, the real draw is the art hung from the walls.

A triptych of Caravaggio paintings, his first commissioned work, adorn an alcove within this quiet church. The trio of incredible paintings, The Calling of Saint Matthew, The Inspiration of Saint Matthew and The Martyrdom of Saint Matthew, can be viewed in the dimly lit recess by feeding a euro into a light box, illuminating the prestigious works.

While Caravaggio was undoubtedly a bad-boy of the 1500s – he fled Rome after murdering a man – his artistic work is truly astounding. Entry is free, but it is closed on Thursday afternoons.

If you find yourself a little overwhelmed by the thought of one more pale-stoned palazzi, take an off-beat venture to Rome's Quartiere Coppede. Designed by the little known architect Gino Coppede, it is a wonderland of mixed Gothic, Art Nouveau, Baroque and ancient Greek styles.

To enter the eccentric neighbourhood, pass through a wall encrusted with sombre gargoyles and carved faces, under an arch hung with an iron chandelier decorated with seahorse pendants and into the courtyard beyond. In the centre of the courtyard is the magnificent Fountain of the Frogs, an imposing tribute to the little amphibian.

Coppede offers a respite from the busy inner-city. A morning of peaceful reflection amid the riot of bizarre architecture is the perfect tonic for ruin-weary travellers. 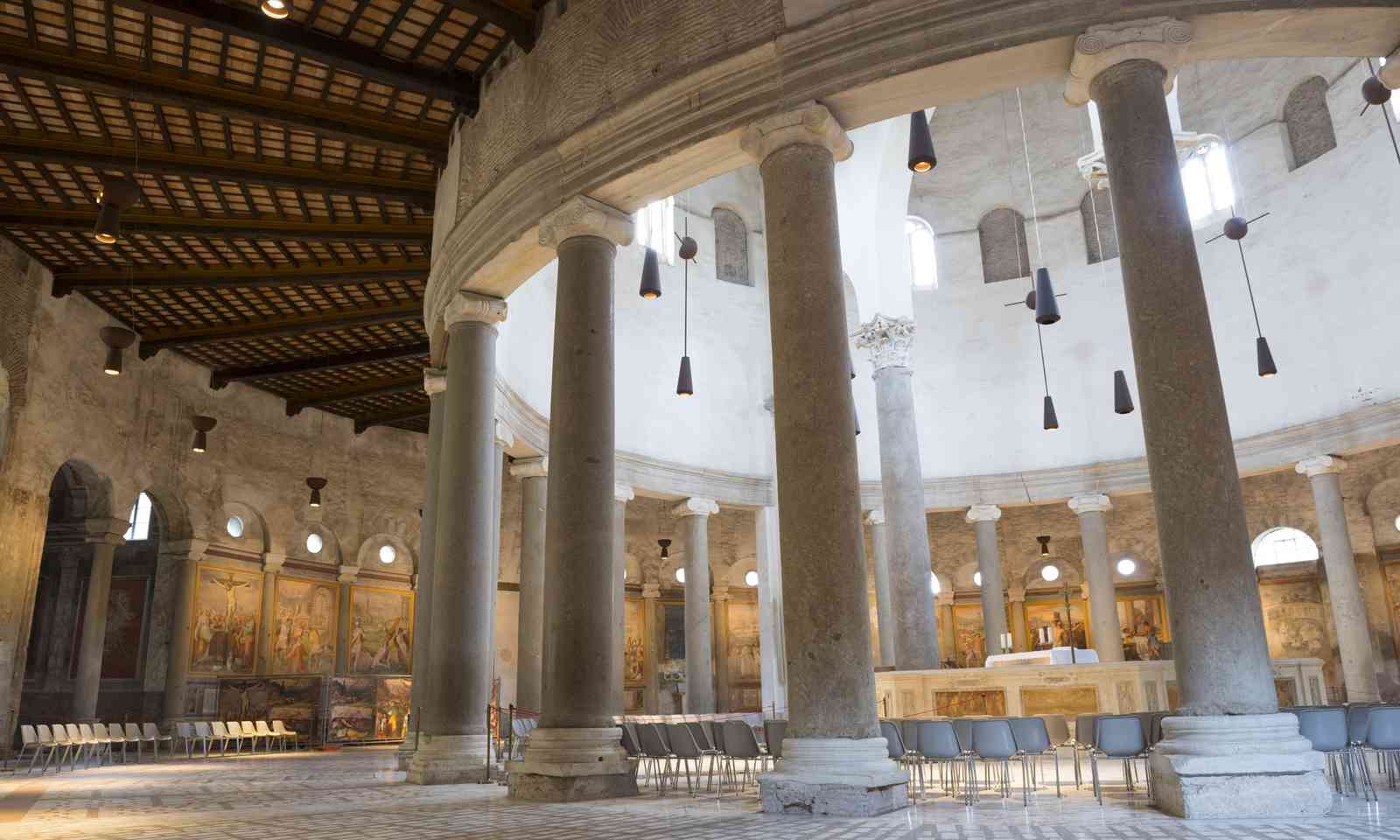 Perched atop Celian Hill is a 5th century circular church, Santo Stefano Rotondo, which holds a rather chilling collection of art.

The frescos depict, in incredible macabre detail, the deaths of Christian Martyrs. From being boiled alive, crushed by rocks, limbs severed and crucifixion the suffering of the martyrs is documented in gory glory.

The art is so graphic that Charles Dickens remarked upon his visit 'such a panorama of horror and butchery no man could imagine in his sleep though he were to eat a whole pig, raw, for supper.' 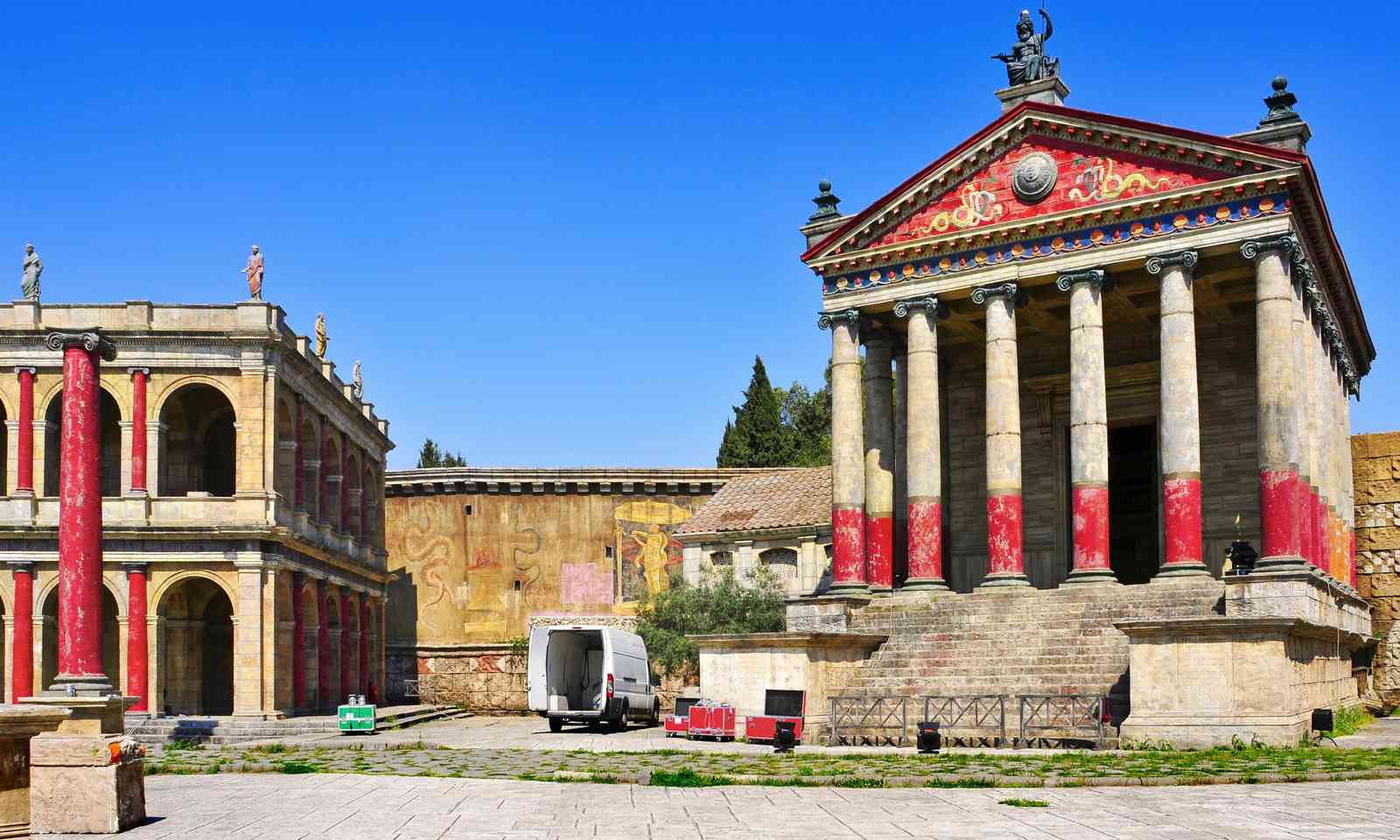 9. Walk among the stars

A film studio founded by Mussolini, the Cinecitta Studio has created thousands of films including some of the great classics – and it should be on every cinema-lover's must-visit list. The 'Hollywood on the Tiber' studios produced classics such as Ben Hur and the 1968 Romeo and Juliet. Elizabeth Hurley's titular role in four-Academy-Award-winner Cleopatra was shot here and parts of her glorious costume can still be seen.

More recently, a high-budget recreation of ancient Rome was shot at the studio. The 4-acre fibreglass set representing the city in the time of Julius Cesar offers a sense of the bright colours and vitality of ancient Rome that you won’t find in the dull white of the ruins.

A metro line will take you almost to the door and discounts are offered to train ticket holders. The studio is shut on Tuesdays.