9 strange fruits from around the world

How many have you tasted? 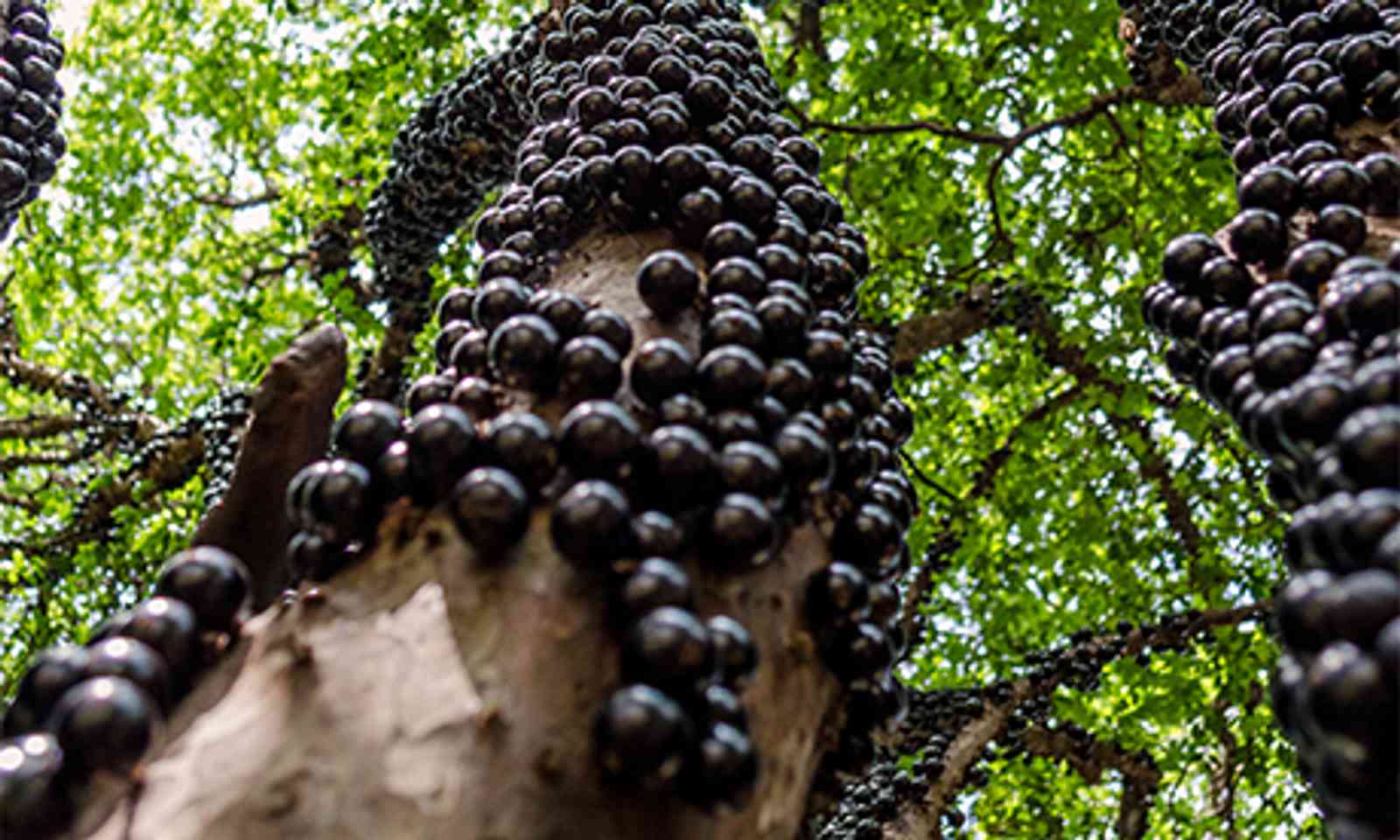 Also known as the 'Brazilian grape', the fruit on this very strange plant grows directly on the trunk. It is native to the south-eastern parts of Brazil, and the sweet-tasting fruit can be eaten as is or made into a wine or liqueur. 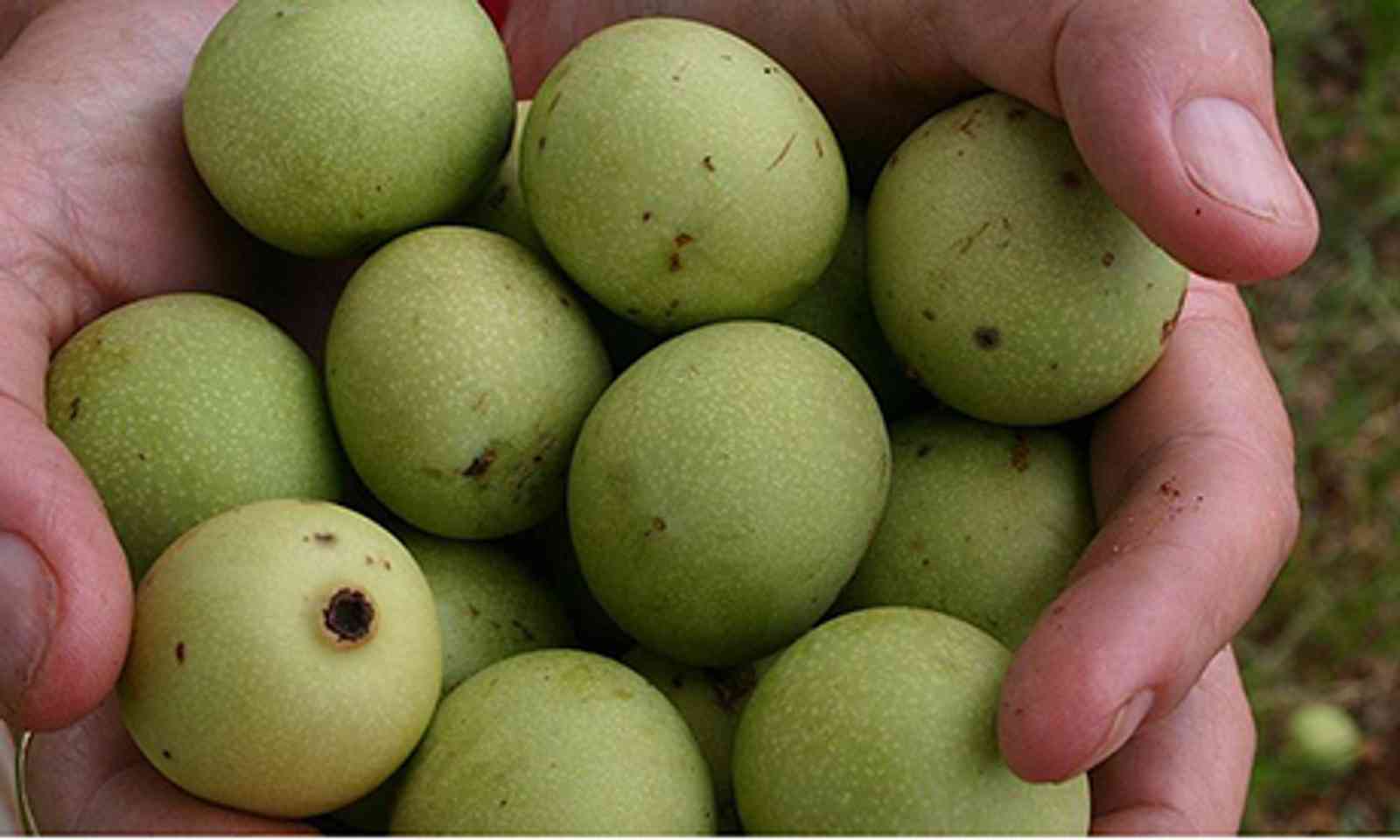 Long an important food source for the Bantu people, this yellowish fruit has white flesh that has a very distinct flavour. After falling from the tree, it quickly ferments and is a favourite with elephants and baboons looking for an alcoholic treat. Humans prefer to partake of it in the form of a popular liqueur called Amarula. 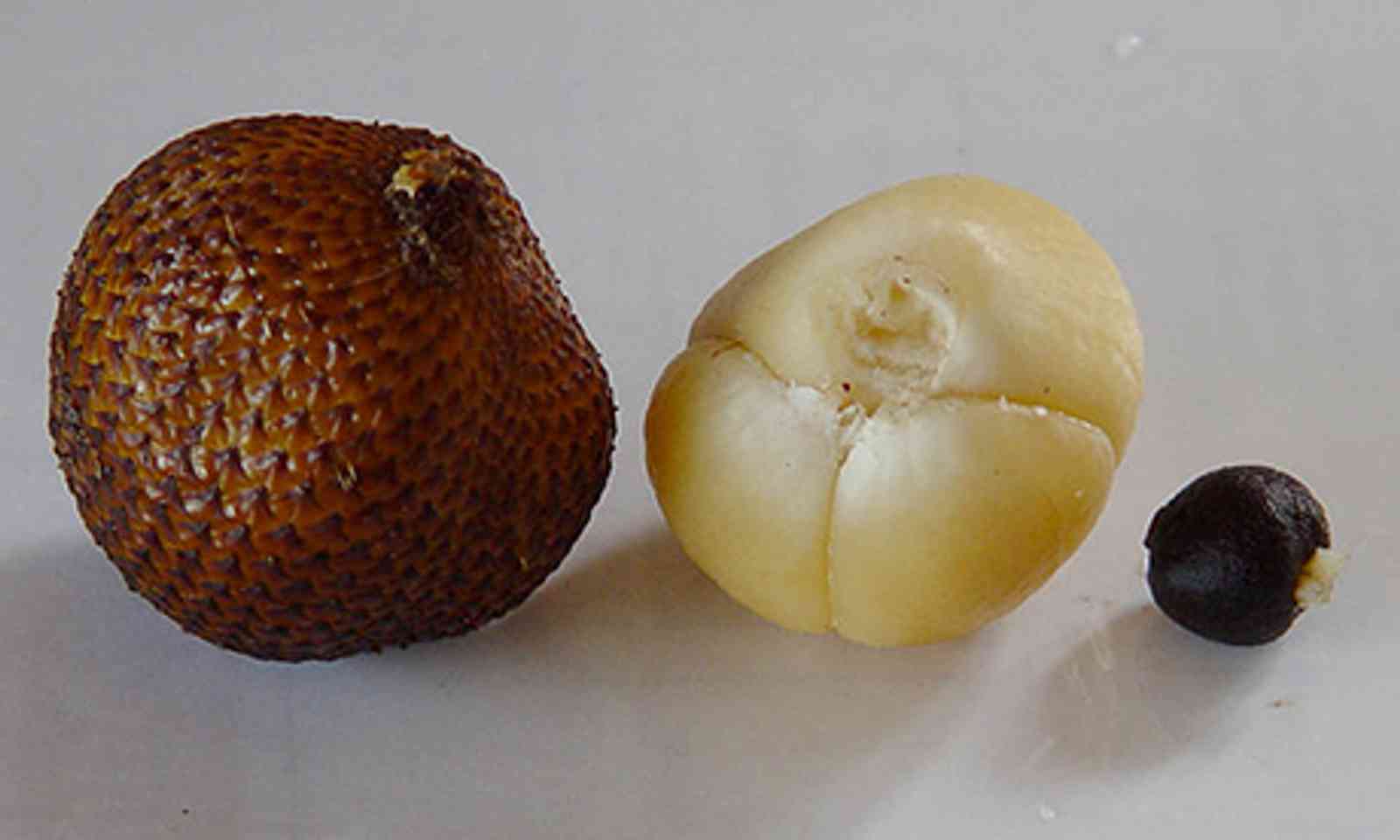 These fruits grow at the base of the palm, and are native to Indonesia. They gained the nickname 'snake fruit' from their red-brown, scaly skin. The skin is easily removed, and inside are 3 white, sweet segments that each contain a large black inedible seed. When eaten, the fruit has a slightly acidic but sweet flavour, and the consistency of apples. 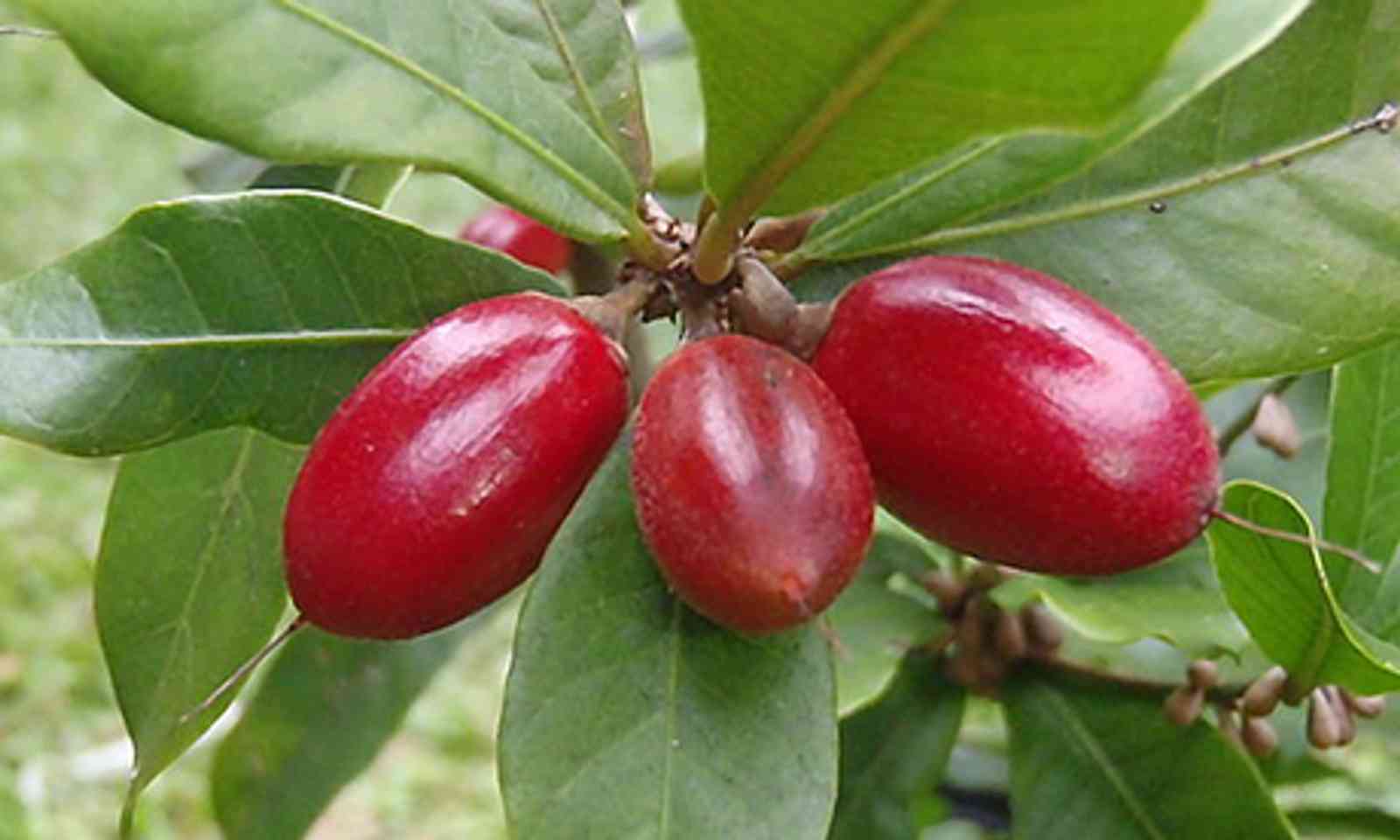 Miracle fruit, or 'sweet berries', is a very strange berry native to West Africa. It contains large amounts of miraculin that, along with a glycoprotein, binds to the tongue's taste buds and makes everything taste sweet. After chewing on a couple of these berries, a lemon tastes like a ball of syrup. 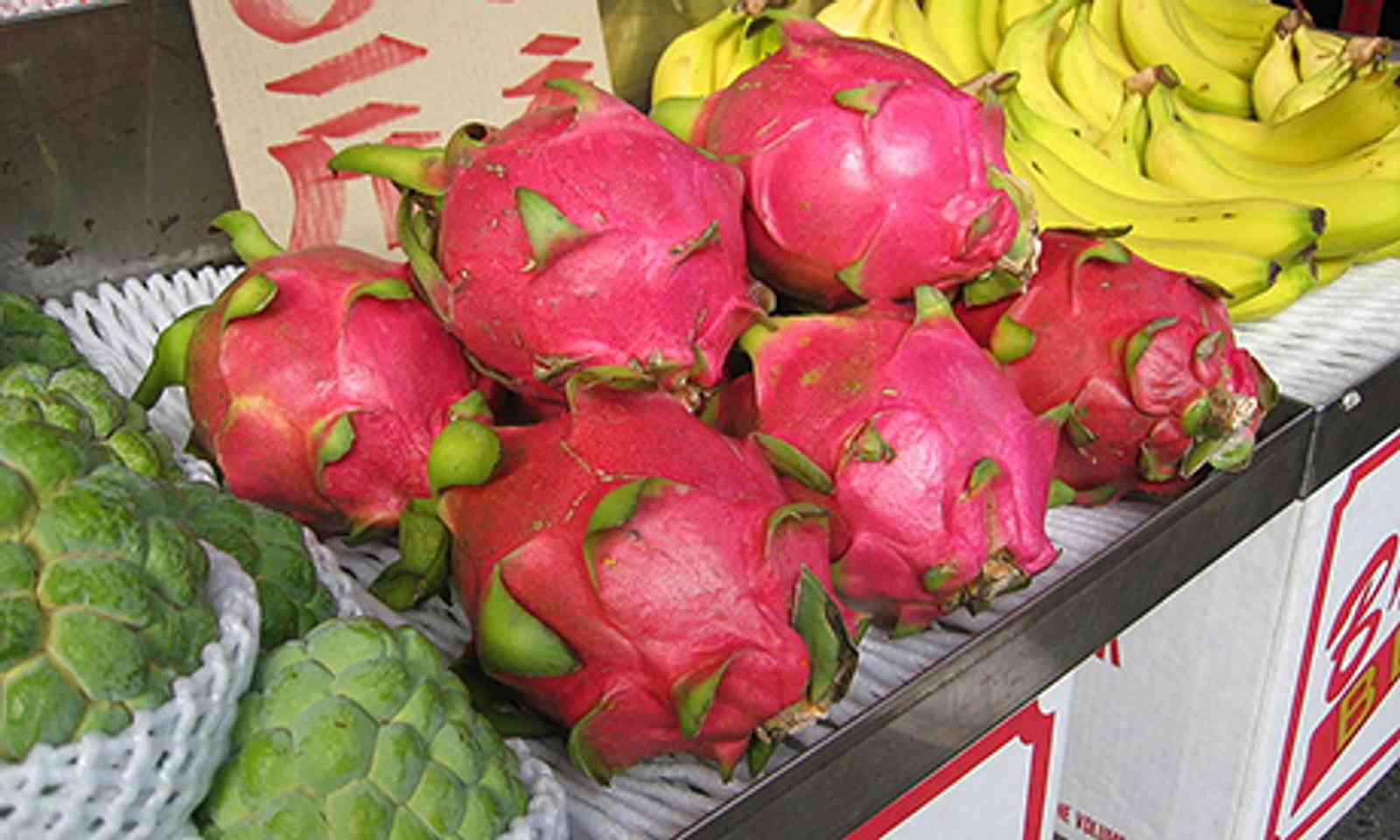 Also known as 'dragon fruit', this cactus fruit originally came from Mexico but can now be found throughout Asia, Australasia, North America and South America. They smell deliciously fragrant and most have a sweet flavour similar to a kiwi fruit. 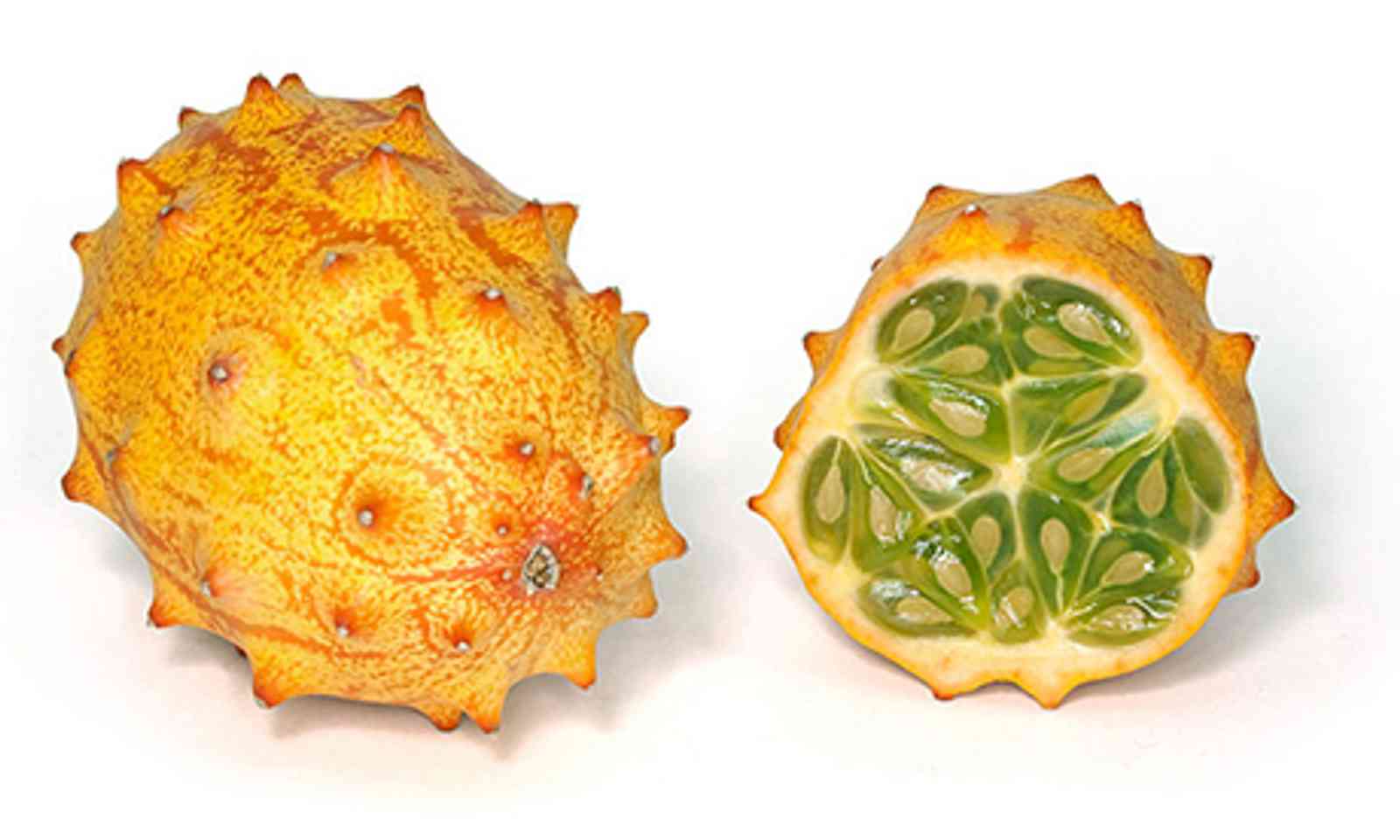 Also known as 'African cucumber' or 'jelly melon', this fruit has a thick spiky yellow outer skin, with bright green jelly-like flesh. The flesh's flavour is often compared to the taste of a banana, with the texture of the seedy part likened to a cucumber or tomato. The thick skin can be eaten and is a good source of vitamin C and fibre. 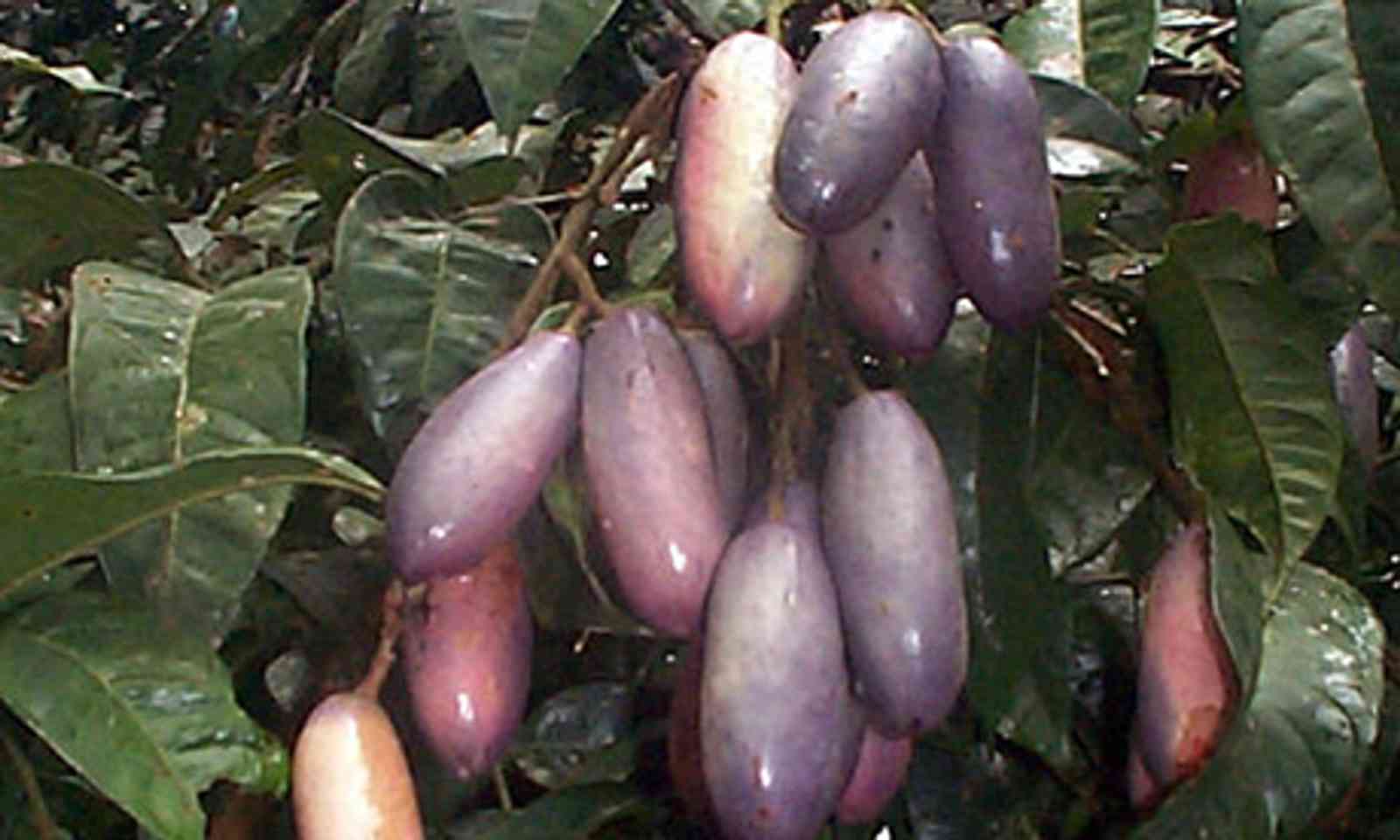 Safou is an evergreen tree found in the humid tropical forests of Africa, as far south as Angola and as far north as Nigeria. The fruits are also known as 'African pears' and are oblong dark blue and violet. The fruits measure up to 14cm in length, with pale green flesh inside. 48% of the fruit is made up of essential fatty acids, amino acids, vitamins and triglycerides, making it something of an African super food. 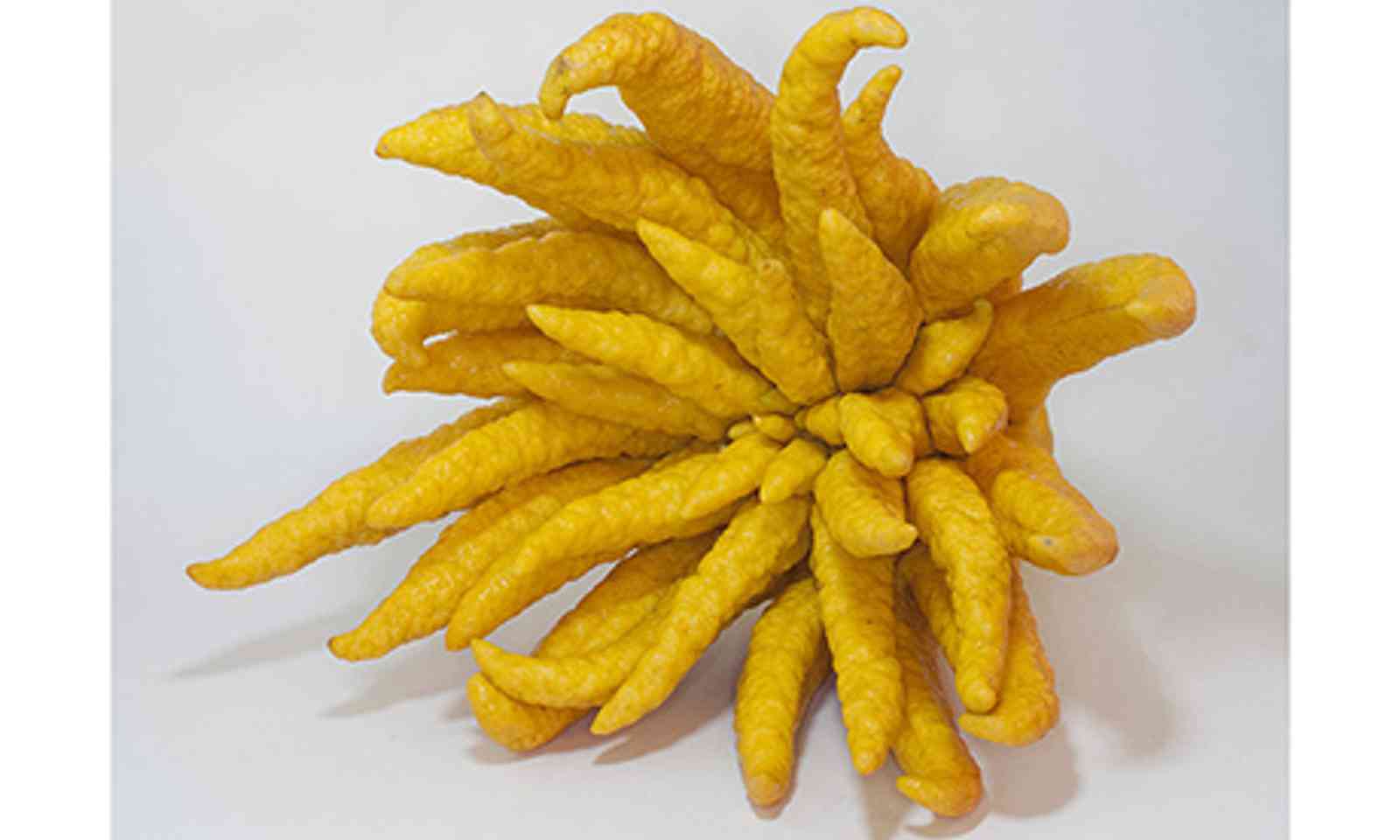 Arguably, the strangest looking fruit on the planet, Buddha’s Hand is a fragrant citron variety whose fruit is segmented into finger-like sections. It is often used for perfuming rooms and personal items such as clothing.

The fruit may be given as a religious offering in Buddhist temples. According to tradition, Buddha prefers the 'fingers' of the fruit to be in a position where they resemble a closed rather than open hand, as closed hands symbolize to Buddha the act of prayer. 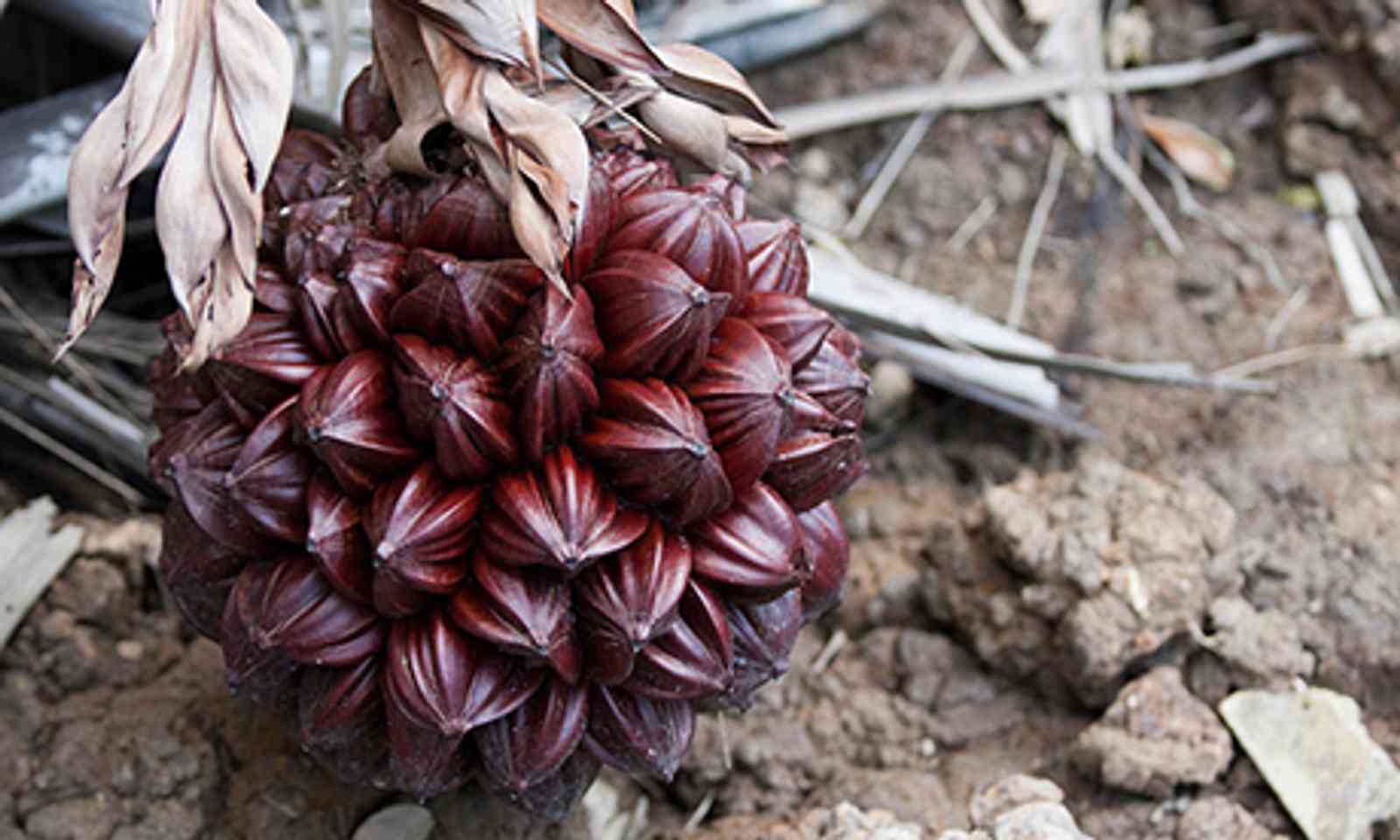 Nipah seeds grow on the nipah palm tree, and are translucent, white and chewy. they are most commonly served in a shaved-ice Malaysian dessert called ais kacang.