9 of the world’s most awesome cave systems

From the infamous to barely discovered, these caves, hollows and grottoes around the world show that if you scratch below the surface a spectacular new world awaits 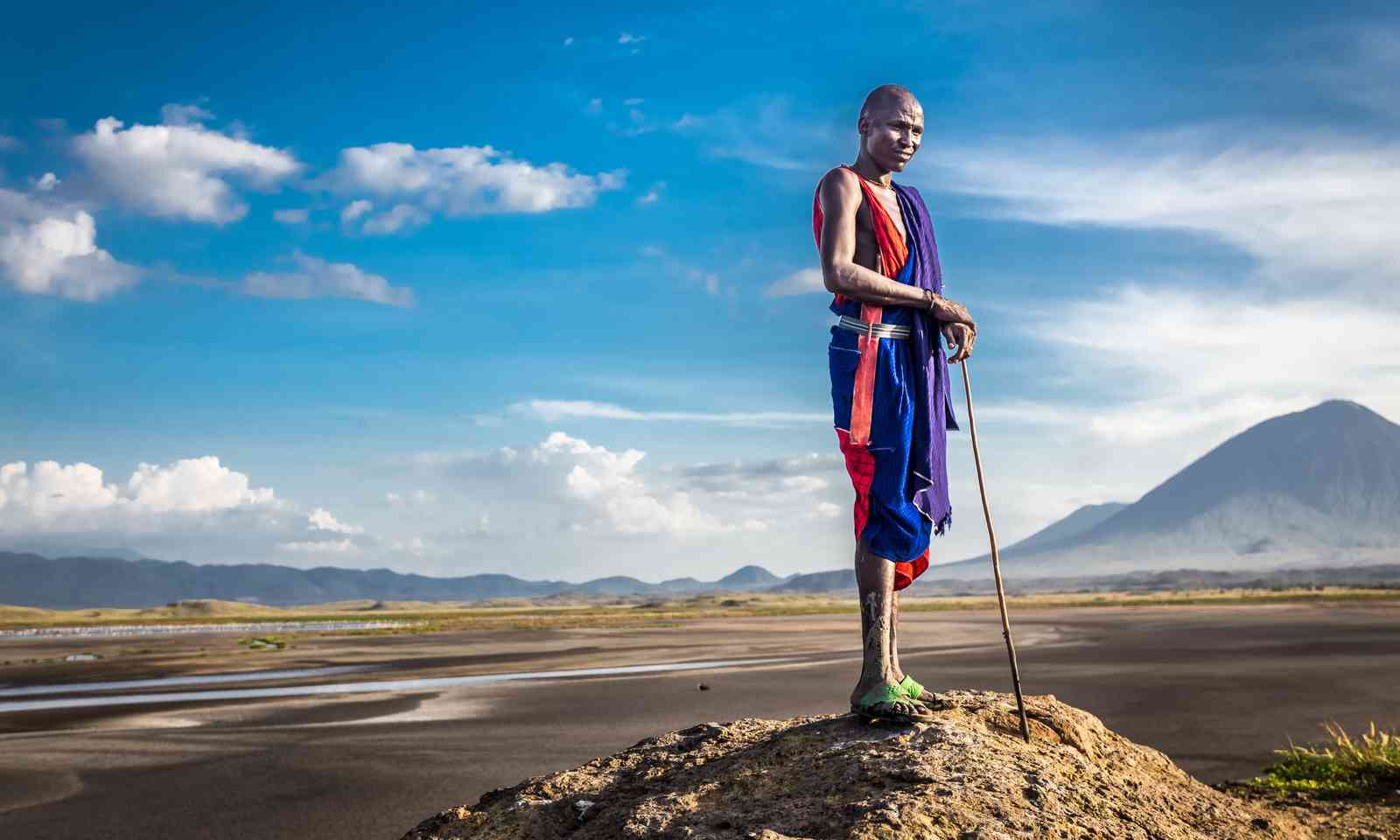 Although not known for their natural beauty, Kenya’s Mkangani Caves have a unique story to tell. Located in Kilifi County on the country’s coastline, these caves – estimated to be around 33 acres in size – were once used to house thousands of slaves before they were moved east.

Maasai drawings of animals and weapons on the walls add to their historical importance. These intriguing and important pieces of their cultural heritage have recently led activists to appeal to the Kenyan government and UNESCO to preserve the Mkangani Caves. Until then, there is no better time than now to visit – only roughly 300 tourists per year stop by. 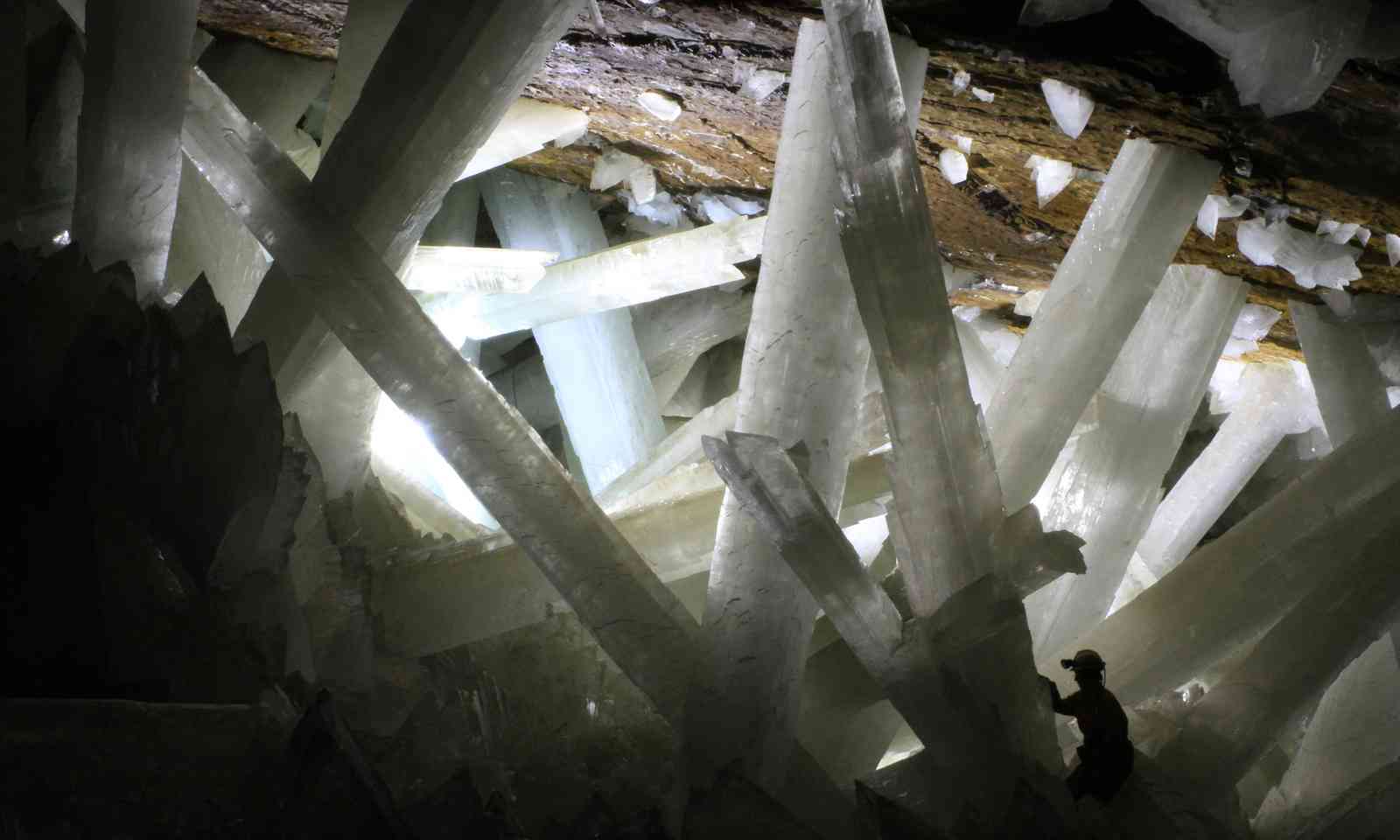 Like something out of a sci-fi video game, the Cave of Crystals, down the Naica mine in Mexico, is one of the most otherworldly underground labyrinths known to man. Massive pillars of bright white fill the cavern, sticking out at all angles on beds of crystal pyramids.

The cave contains some of the largest crystal masses ever discovered, with the biggest measuring 39 foot in length and weighing a whopping 55 tonnes. A visit to the Cave of Crystals is treacherous. Visitors have to venture hundreds of feet below the Earth’s surface in a mine shaft into stifling temperatures of over 40°C and high humidity. 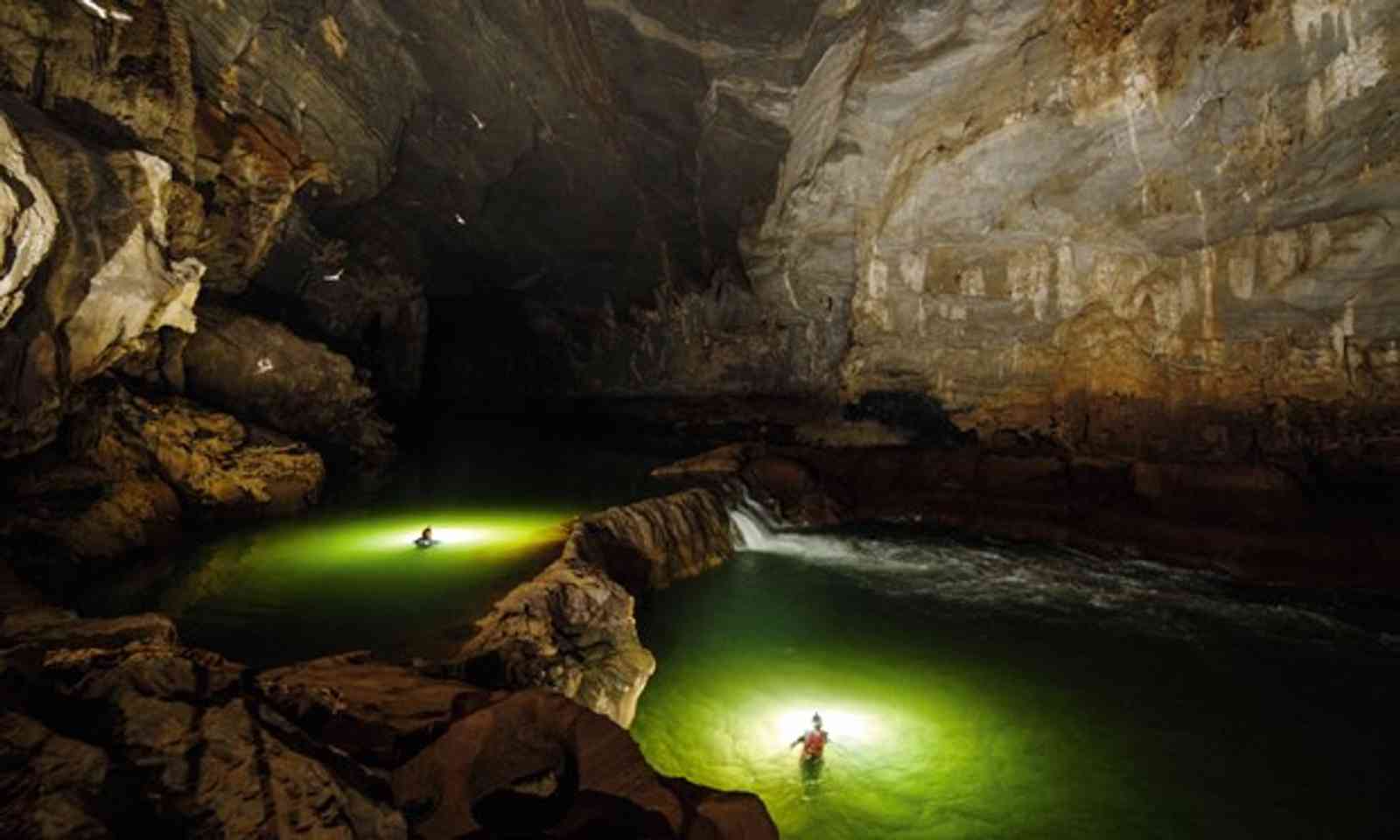 Hang Son Doong in Vietnam is the world’s largest known cave system. This subterranean world snakes for over five kilometres underneath Phong Nha-Ke Bang National Park in the centre of the country, witht the caves reaching up to 200m in height in some places.

The network of caves is estimated to be more than two million years old, and has its own climate, jungle and river inside. Some of the 150 caves haven’t yet been explored fully. Having only been opened to the public in 2013, Hang Son Doon is still relatively untouched by tourism. 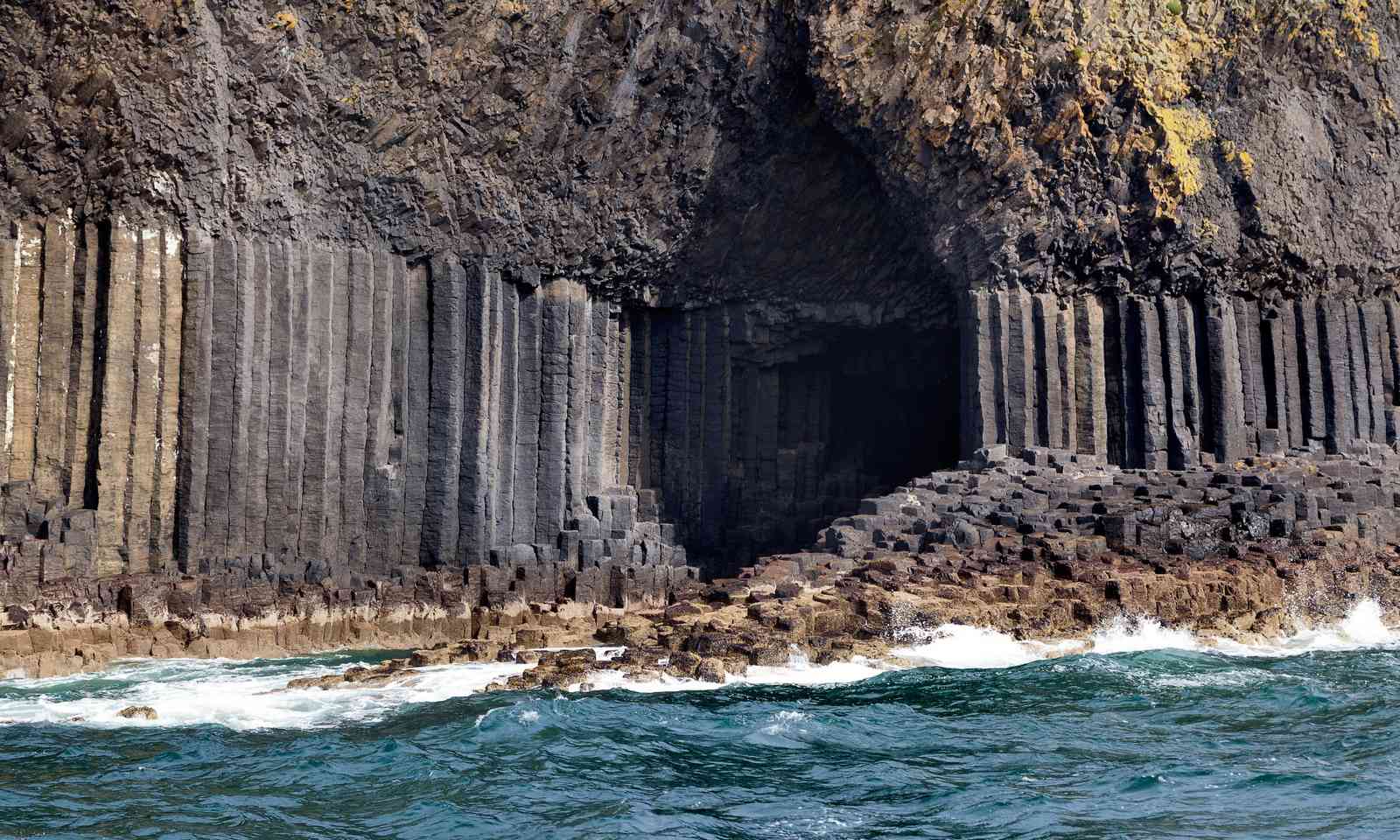 What Fingal’s Cave lacks in size, it more than makes up for in windswept, mysterious beauty. This curious-looking cave is located on the uninhabited island of Staffa, in the Inner Hebrides, and is instantly recognisable by its unique hexagonal column formation – the only cave in the world known to display this shape.

Fingal’s Cave is often compared to a cathedral because of its 70m height and arched roof, and the sublime echoes that come from its depths when the waves churn. The cave can be reached by boat from nearby Isle of Mull, with many tours taking travellers right up to the island so they can set foot on its pillars of basalt and peer inside the cavern. If you didn’t know about Majlis Al Jinn near Oman’s Salma Plateau, you’d have no idea it was there. Visible from only three openings in the ground, this massive cave – thought to be one of the largest in the world – is also one of the least accessible of those in the record books.

It takes hours of scrambling over rugged mountain terrain to reach, and with no current tourism infrastructure, you can only enter the cave by abseiling down for more than 100 metres into its belly. You need special permission from the government to do so.

This is the Holy Grail of caving, one for the hardened adventurer. The country's tourist board is apparently considering building a more accessible way to visit this mind-blowing attraction, but no plans are set in stone yet. 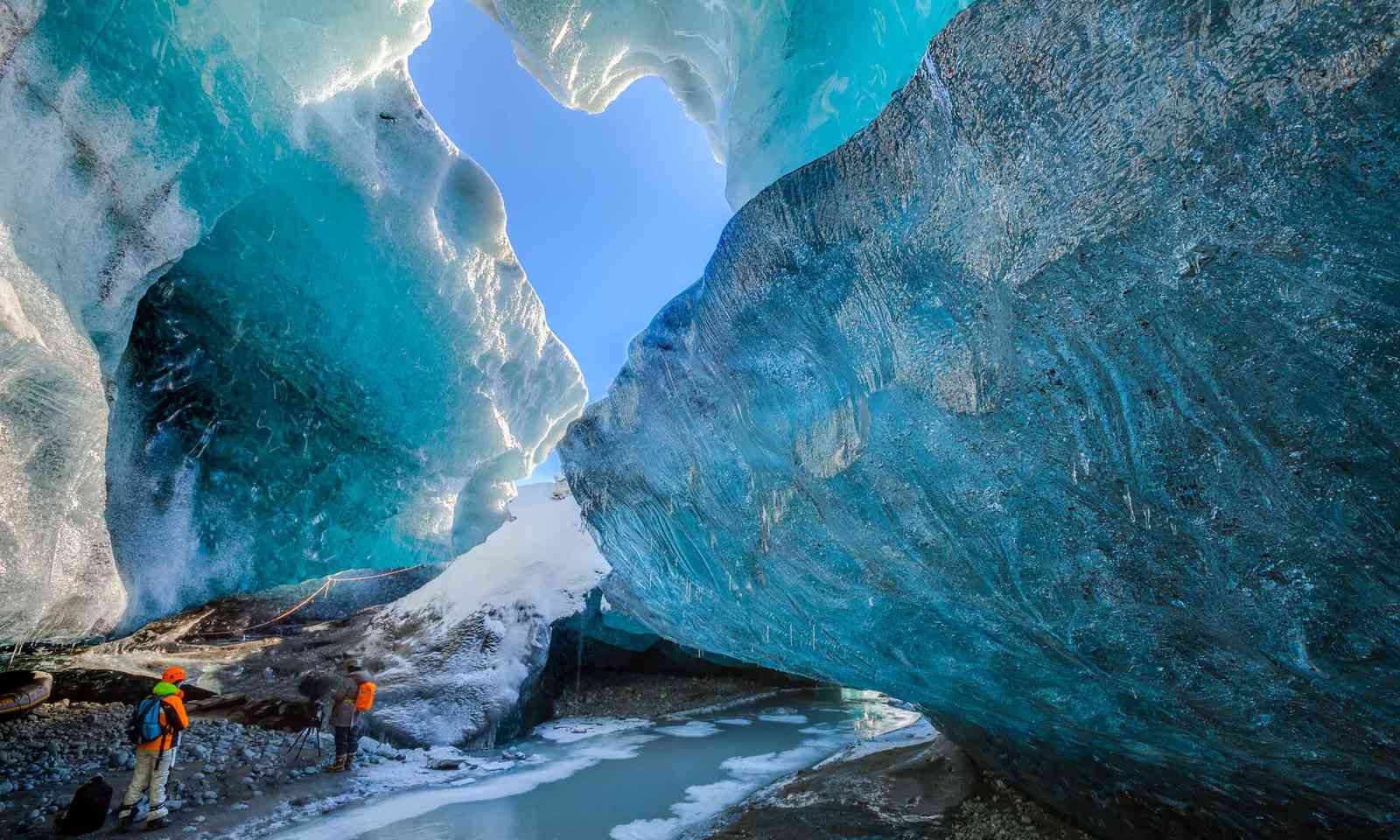 Located in southern Iceland, Vatnajökull National Park is one of the most scenic regions in the country with mountains and glaciers as your playground. There are a number of glaciers here that form a network of caves each winter, but the most impressive is at Vatnajökull Glacier itself, the largest glacier in Europe, which covers eight per cent of Iceland.

The gaping caverns within Vatnajökull change in shape each year as the rivers retreat and winter sets in, leaving a unique maze of waved, glossy walls of ice. Although there are no restrictions in place, it’s advised you visit with an experienced tour guide – many can be found in the local area. 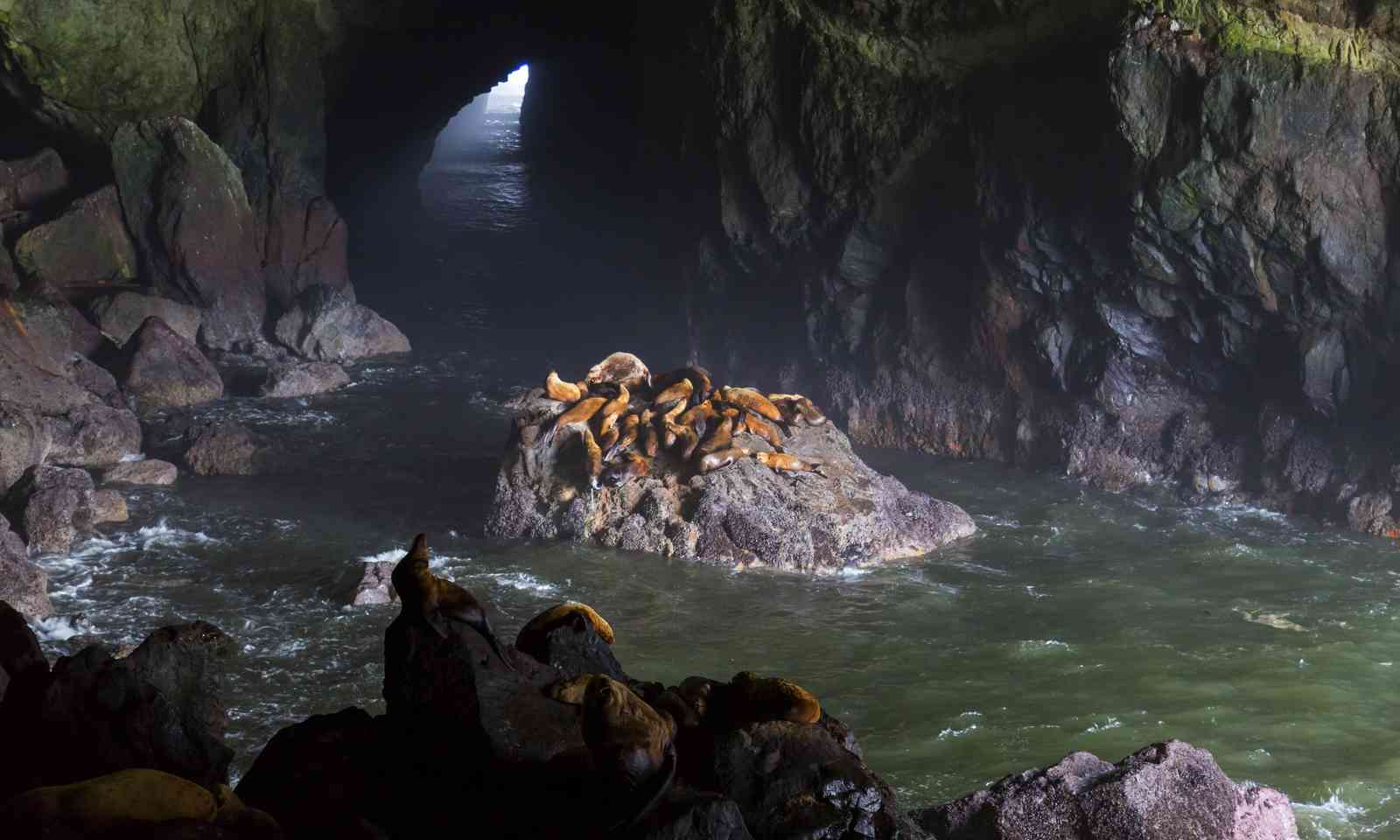 The Sea Lion Caves on the coast of Oregon might be America’s largest sea cave, but it’s not its stature that makes it famous - it’s the residents. Hundreds of Stellar sea lions call this cave home, lounging around on the scattering of rocks inside the cavern.

As this area is part of a local marine reserve, as opposed to a zoo, the seals are not kept captive but rather come and go as they please. They are most likely to be found in large groups here during the winter month, alongside sea birds and sometimes even grey whales, who pass by close to the shore during the summer. 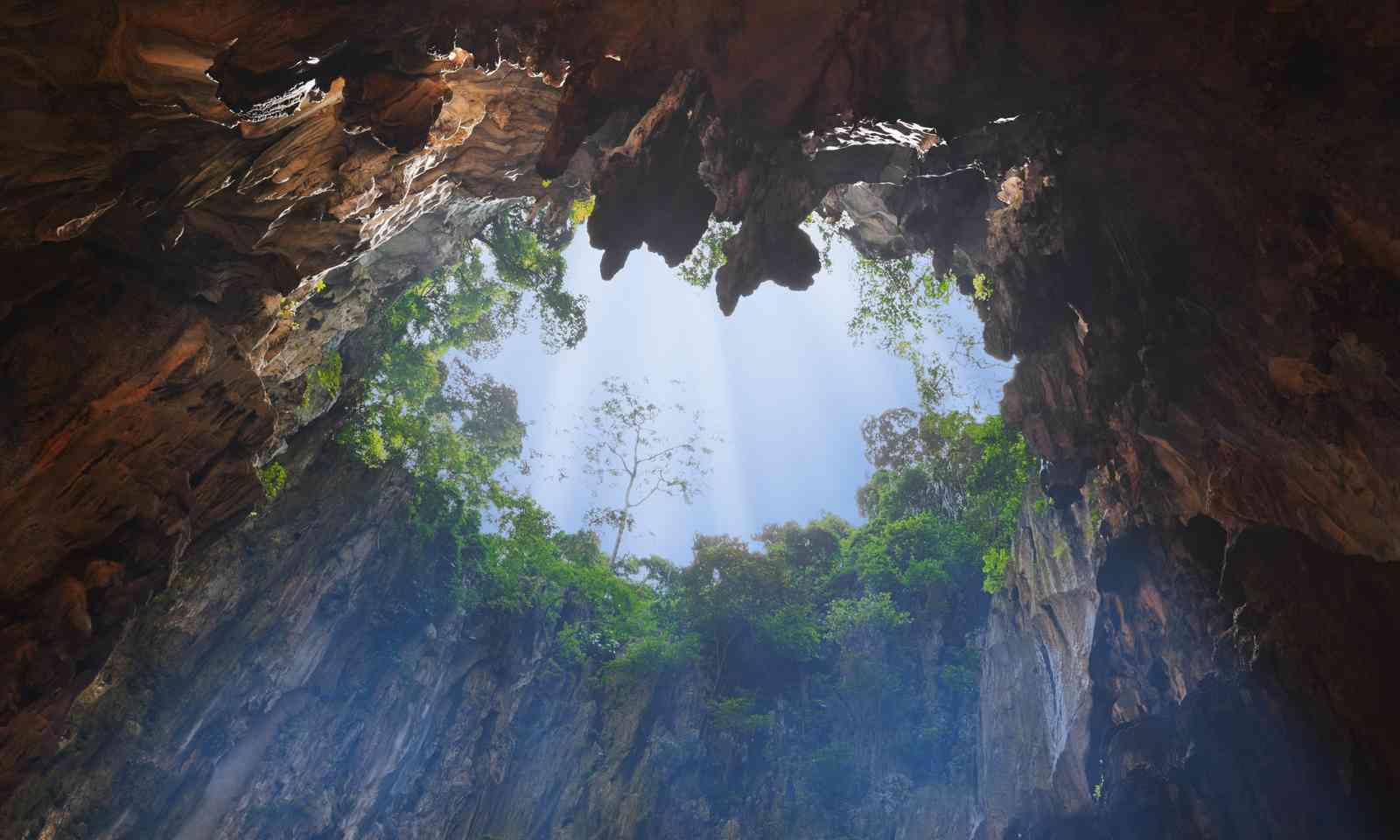 Among the most famous cave systems in the world, the Batu Caves are one of the most important Hindu sites in Malaysia, attracting thousands of pilgrims and travellers each year. A giant statue of the Lord Murugan, the Hindu god of war, towers outside the main entrance and has since become an icon for the caves – climb the 272 steps inside to find sweeping vistas at the top.

Batu is a network of three caves, and the colossal Temple Cave is free to visit. Watch out for the monkeys who roam around the site alongside you, who can be a nuisance. 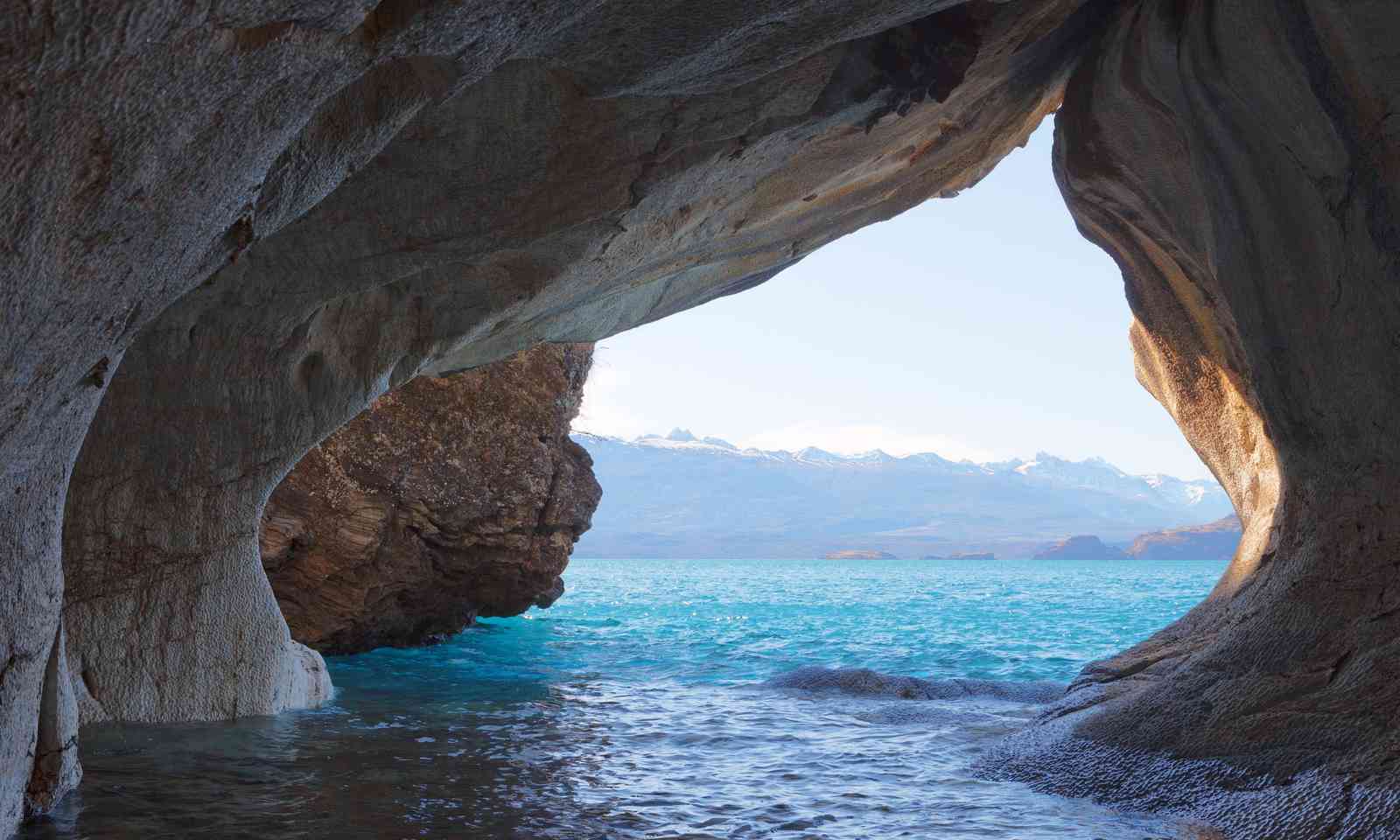 A network of caves and tunnels, separated by pillars of stone and archways, make up Chile’s Marble Cathedral. The shape of this site – its smooth curves and gently pointed ceilings – is reason alone to marvel at the caves, but the striped patterns on the rock add even more drama.

Situated on the shores of Lago Carrera in Chilean Patagonia, the caves have been formed by water erosion over thousands of years, and the azure waters here are mind-bogglingly clear. A number of companies in the area run boat or kayak excursions to the caves, which can be organised in the nearby town of Puerto Río Tranquilo.