8 incredible books to read before you visit Vietnam

From Graham Greene’s classic to adventures on the Mekong, Jude Brosnan from Stanfords reviews the 8 amazing books you should read if you love Vietnam or are thinking of visiting

A Dragon Apparent by Norman Lewis 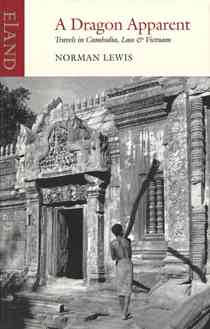 First published in 1951, this sees Lewis documenting his travels through Vietnam, Laos and Cambodia, although it is mainly set in Vietnam.

The book received lots of praise and was immediately a bestseller because everyone wanted to know what was happening during this pivotal time in Vietnam’s history. Through immersing himself in the local life, Lewis presents a fascinating insight of West meeting East.

If you haven’t read any Norman Lewis, this is a great one of his books to get started on. His curiosity for everything around him made him a great and successful travel writer. His work spanned eight decades, with his final book The Tomb in Seville being published the year he died, aged 95.

The Quiet American by Graham Greene 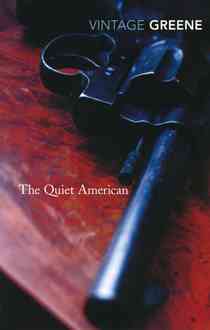 Graham Greene was a huge fan of Norman Lewis’ writing and it can’t be denied that the story told in The Quiet American is based on Norman Lewis’ experiences in A Dragon Apparent. In his dedication, Greene said, "This is a story and not a piece of history", but through this fictional story, Greene perfectly portrays the political climate and personal feelings of war-torn Indochina that were so under scrutiny during this time.

The novel is about an optimistic, naïve American official who is sent to Saigon to promote democracy through a mysterious ‘Third Force’. It is a cautionary tale, and a lot of factors in this story subsequently happened in real life, in terms of the outcome of the Vietnam War and American involvement. For that reason and others, including a compelling and complex 'love triangle', The Quiet American has remained of great interest. For obvious reasons, this is a great one to read alongside A Dragon Apparent.

Mad About The Mekong by John Keay 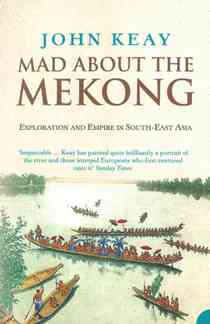 Keay travels upstream to trace the turbulent journey of the ambitious Mekong Exploration Commission of 1866-1868. This naval, scientific expedition aimed to map and assess the navigatability of the river to find a new route to China.

Subtitled Exploration and Empire in South-East Asia, Keay tells the story of the Mekong River from its delta in Vietnam up through Cambodia, Laos, Thailand, Myanmar, China and Tibet.

Drenched in history, the 12th longest river in the world has not undergone much industrialisation and until about 20 years ago, it didn’t have any bridges. Keay looks at the great age of exploration in contrast with the Mekong of today.

The Rough Guide to Vietnam 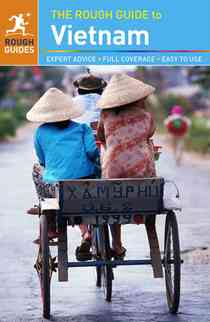 This guide contains detailed listings for destinations throughout the country and divides the information into easy to digest sections, with amazing colour photography throughout. Introductory chapters advise where and when to go, authors picks, things not to miss and suggested itineraries.

Then the guide splits the country into eight regions, offering in-depth advice and information, maps and listings. This is a really extensive guide that explains the history, religious beliefs and environmental issues within the country, and recommends books and films for further exploration. 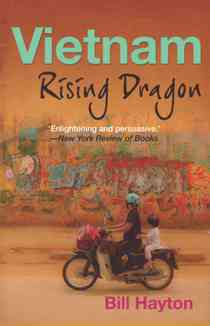 Written by the reporter and producer Bill Hayton, who was a BBC correspondent in Vietnam during 2006-7, this book is an intensive crash course in the history, politics and economics of the country.

Recommended as one of the best books on modern Vietnam by experts of the Vietnam Studies Group, Hayton looks beyond the Vietnam that is presented to tourists and explains how the country works today, with capitalism flooding into the nominally communist society and cultural traditions being influenced by modern pressures.

Vietnam Rising Dragon covers the story of Vietnam from the end of the 'American War' until the late 2000s as an energised eye-witness account.

The Penguin History of Modern Vietnam by Christopher Goscha 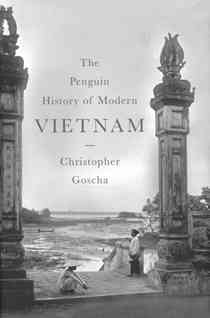 Being a rather hefty +600 pages, this is definitely one to read before you set off, as it’s not exactly lightweight and backpack-friendly. But what else would you expect from a book that contains so much history?

Having been both colonisers and victims of colonisation over the centuries, Vietnam has survived and retained so much culture, while evolving with the Western influences that have shaped it into the much loved tourist destination of today.

This book will help you understand the many layers of history from an insider’s perspective. It includes some pictures and, despite its heavy appearance, the content is explained clearly. Its in-depth accounts don't read like a typical history book. 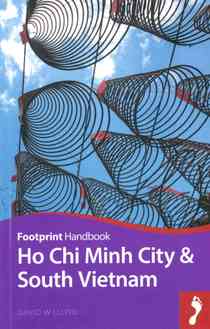 This pocket sized guide to Ho Chi Minh City and South Vietnam covers the country's largest, most energetic city, taking readers through an impressive list of sights, from the Notre Dame Cathedral, the opera house and the old post office to the art deco buildings of the Donh Khoi street, buildings from the French colonial era and an array of pagodas, museums and markets.

With highlights on what not to miss, easy to read street maps for Ho Chi Minh City and other locations of note, recommendations on where to eat and sleep for all budgets, practical advice on getting there and around, this is a really easy to use guide.

A guidebook on Hanoi and Northern Vietnam is also available.

At Home in the World by Thich Nhat Hanh 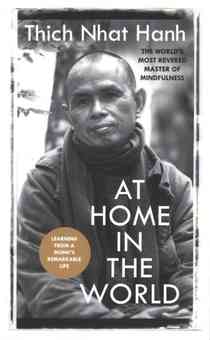 This book is ideal if you are going away to find inner calm or want something mindful to read to counterbalance an action-packed trip.

It is a selection of Zen teachings and autobiographical stories written by the Vietnamese Buddist monk and peace activist Thich Nhat Hanh.


He reminisces about his childhood in rural Vietnam, his initial years as a novice monk, his experiences as a writer during a time when war created a huge upheaval to the country, right up to recent times when he has been travelling the world and reaching out to a modern audience in need of 'mindfulness'.

The teachings each have their own title and are half a page to a couple pages long, so it’s a good one to dip in and out of.