It's not just sun, sea and Santorini! 7 things you must do in Greece

Explore secret islands, encounter rare wildlife, and eat and drink to your heart's content – Greece is the perfect European year-round destination whatever your interests 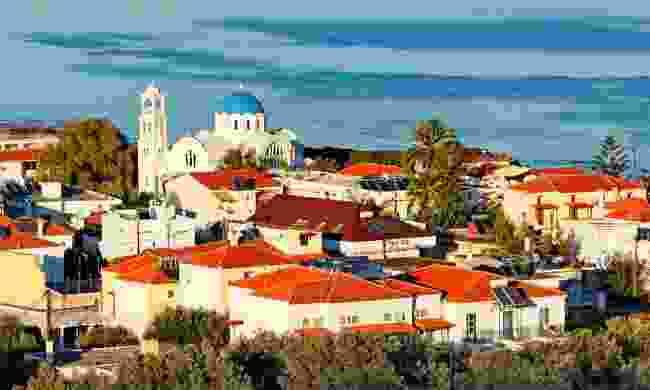 Convinced that all Greek islands are swarming with tourists? Well, think again! With over 6,000 islands and islets, it’s easier to find one that matches your fantasies without the crowds. Anáfi is Santoríni (just west) without the hussle or the hassle. Psérimos sits between between Kos and Kálymnos and offers white sand, green sea and a church clinging to a low cliff. Even on islands that get busier in summer like Donoússa, it doesn’t take much to find a deserted beach or a welcoming tavern.

You don’t have to venture far from the capital either. The island of Agistri with its olive groves, tiny villages and seaside tavernas is a world away from Athens, but only 50 minutes by ferry. But be warned: whichever hidden Greek island you stumble upon, the slow rhythms, heady aromas and glorious weather are addictive and you may be tempted to stay. 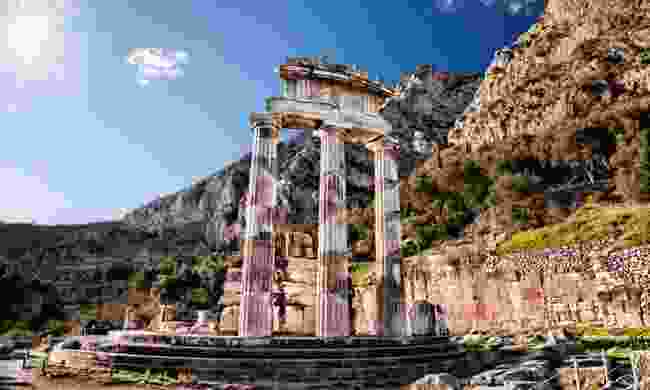 There is no shortage of ruins in Greece. The country’s long and eventful history has seen to that. And while a visit to the Acropolis and Olympus are a must for any visitor, there are a host of lesser-known archaeological sites that are just impressive and have the added bonus of getting you to visit parts of the country that very few tourists get to see.

The coast of Epirus, for example, you’ll find the well-preserved remains of ancient Kassope, situated on a natural balcony with superb views over the Ionian Sea and Lefkáda island. In Western Greece, the Aetolía-Akarnanía region shelters many obscure but once important ancient cities and sanctuaries like Oeniadae and ancient Pleuron.

The good news, particularly on the Peloponnese, is that a stunning beach, a glorious nature trail or a welcoming tavern are never far away when you want to reconnect with the present day. 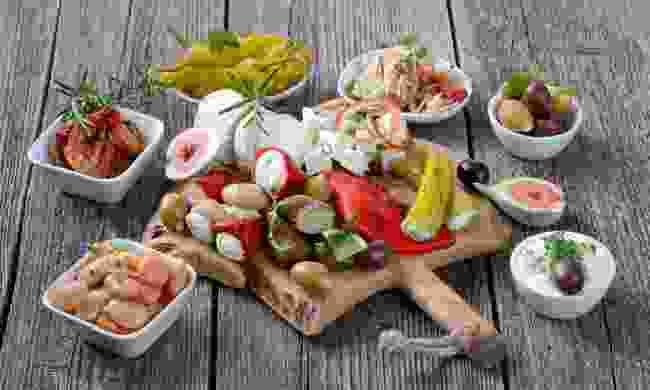 Fresh, light and hearty when it needs to be – has their ever been a cuisine as in tune with its people and its landscapes as that of Greece?  Each mouthful is a celebration of the gifts nature has bestowed on both land and sea.

Greek food is sociable too. Whether it’s a mezze of olives and dips, or Mamma’s own gemista, (a roasted dish of tomatoes, peppers or aubergines stuffed with rice, olive oil, herbs and vegetables that every family has a version of) Greek food is designed to be handed across long trestle tables with a nicely chilled bottle of retsina.

Each region offers its own speciality and it would be remiss of you not to try them all. A hearty mushroom pie from the mountainous terrain of Epirus is flavoursome and packed full of with energy for a day of trekking and wildlife watching. Trigona panoramatos, Thessaloniki's signature dessert, is a sweet and creamy, flaky reward for each day’s exertions. Then there are the salads, slightly different wherever you go, but offer complex explosion of tastes that belie their simplicity.

There’s a growing foodie scene too, especially in the capital where Athen’s Plaka district is teeming with bustling cafes and restaurants.  Markets around the country are bursting with fresh, delicious produce. In Greece, a simply pot of yoghurt and honey is enough to launch you into foodie heaven.

4: Encounter some of Europe's best wildlife 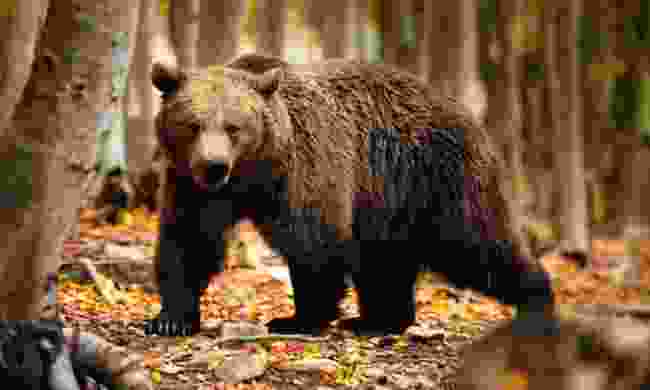 Here’s a surprise for you: Greece is one of the best places to see wildlife in Europe. From dolphin spotting to bear watching, Greece's national parks offer incredible wildlife encounters galore. The wetlands around Lake Kerkini in Northern Greece is home to water buffalo and flamingos. Europe’s rarest ibix, the kri kri, can be found scampering around Samaria Gorge in Crete. And Zakynthos is home to one of the most important nesting habitats in Europe for the loggerhead sea turtle.

Greece’s biggest wildlife stars, however, are the wolves and bears that roam the dense green forests and mountains of Pindos National Park in the country’s north. Notoriously furtive, both animals can prove difficult to spot. Visit the bear and wolf sanctuaries in Nymfaio and Agrapidia for a chance of seeing both, and the opportunity to learn about them.

5: Celebrate everything and anything 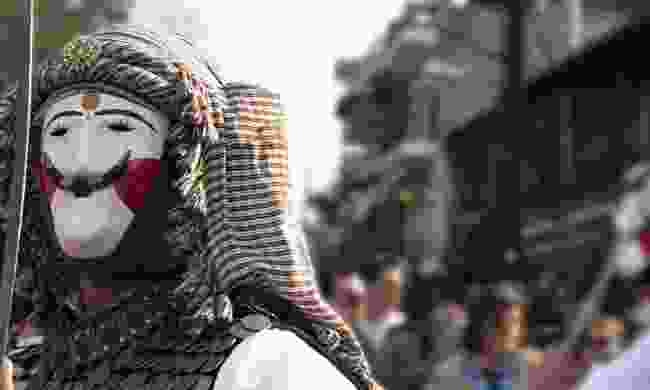 There’s a festival for everything in Greece and the Greeks will quite happily make you part of their celebrations. Easter week is a spectacular affair all over Greece with elaborate processions, brass bands and jaw-dropping decorations in every town. Just watch your head on Easter Sunday – it is tradition to hurl clay pots from windows and balconies.

In the balmy summer months, there is a feast of opera, classical music and open-air plays, all held in spectacular and ancient locations. Ages-old traditions are celebrated by masked performers in late February in Naoussa. And even the humble pistachio is honoured with a four-day carnival of food, music and festivities on Aegina island. 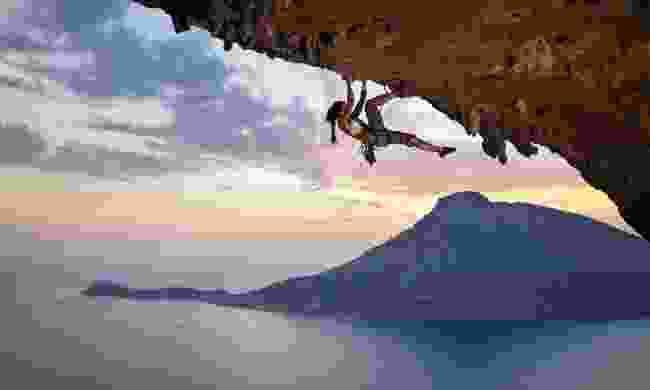 Had enough of laying on a sandy beach beside aqua blue waters eating fresh seafood and drinking chilled fine wine? Fear not, a host of challenging and exciting activities await in Greece. Start with a simple sea kayak around the Sporades Islands or windsurf in Rhodes and Paros and take it from there.

The island of Kalymos is a rock climber's heaven with over 2,000 established climbing routes. The wild slopes of Mount Olympus offers something for trekkers and mountaineers alike. And the deep, fast-flowing rivers in the Peloponnese and Epirus mountains boast some of the best white-water rapids in Europe.

If winter sports are more your scene, Northern Greece has ski slopes to rival those of its better-known European neighbours – with great quality snow fall, good schools, and a hearty après ski scene.

7: Cool off in Crete 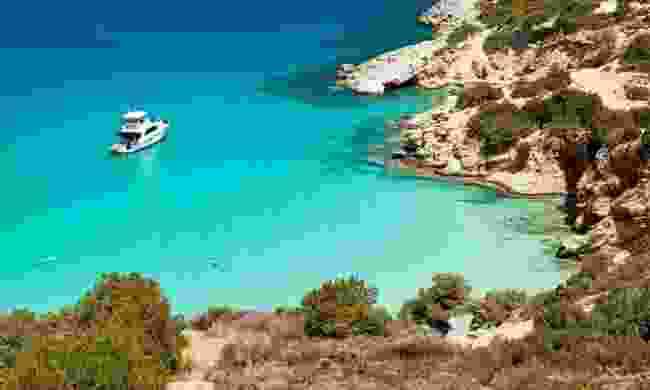 Boat anchored in the bay at Crete, Greece (Shutterstock)

Crete has its fair share of tourists, but away from the resorts, along its wild coast and around its imperious gorges, you can experience landscape and scenery unlike anywhere else in Greece. Just make sure you sample the local dakos salad – large moistened barley rusks, drizzled in olive oil and topped with generous mounds of grated uncooked tomatoes, crumbled feta cheese, a few capers and a sprinkle of oregano.