7 of the coolest, quaintest churches from around the world

Every traveller's stumbled upon a beautiful tiny church while travelling. We've collected together some of the most quaint and interesting ones in remote parishes around the globe

Gougane Barra Church lies west of Macroom in Kenmore Bay in County Cork, Ireland, and is built on the site of an ancient monastery built by Saint Finbarr in the 6th century. The current chapel was built in 1901. 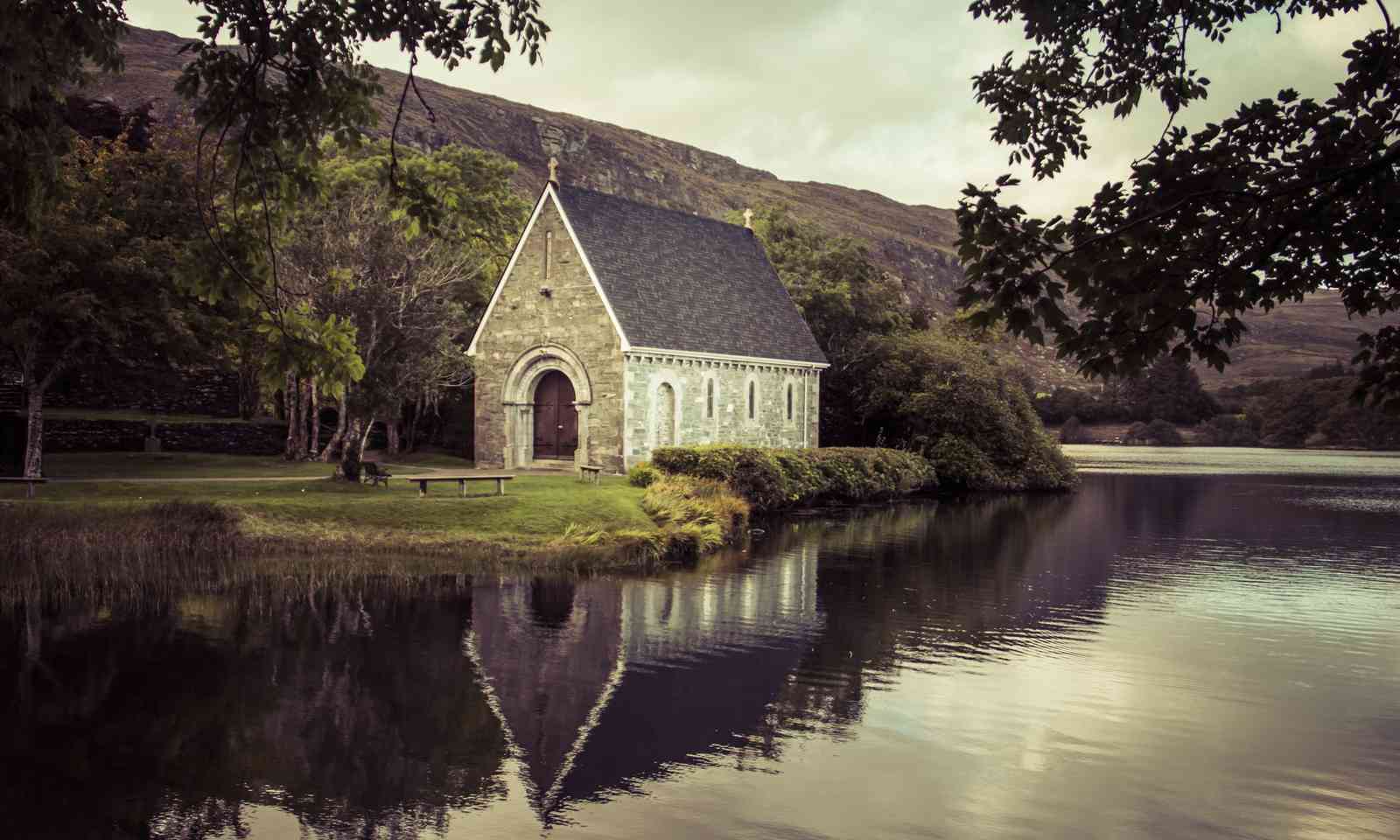 During the times of the Penal Laws, when laws were imposed in an attempt to force Irish Roman Catholics and Protestant dissenters to become Anglicans,  Gougane Barra’s remoteness meant that it became a popular place for the celebration of the Catholic Mass. It is now famous for it’s picturesque location and richly decorated interior.

Just up the road from the world famous Ice Hotel, which has its own chapel made from ice each year, you’ll find Jukkasjärvi Kyrk, the oldest church in Swedish Lapland. Built in 1607, it is also notable for fusing Christianity with traditional Sami beliefs. 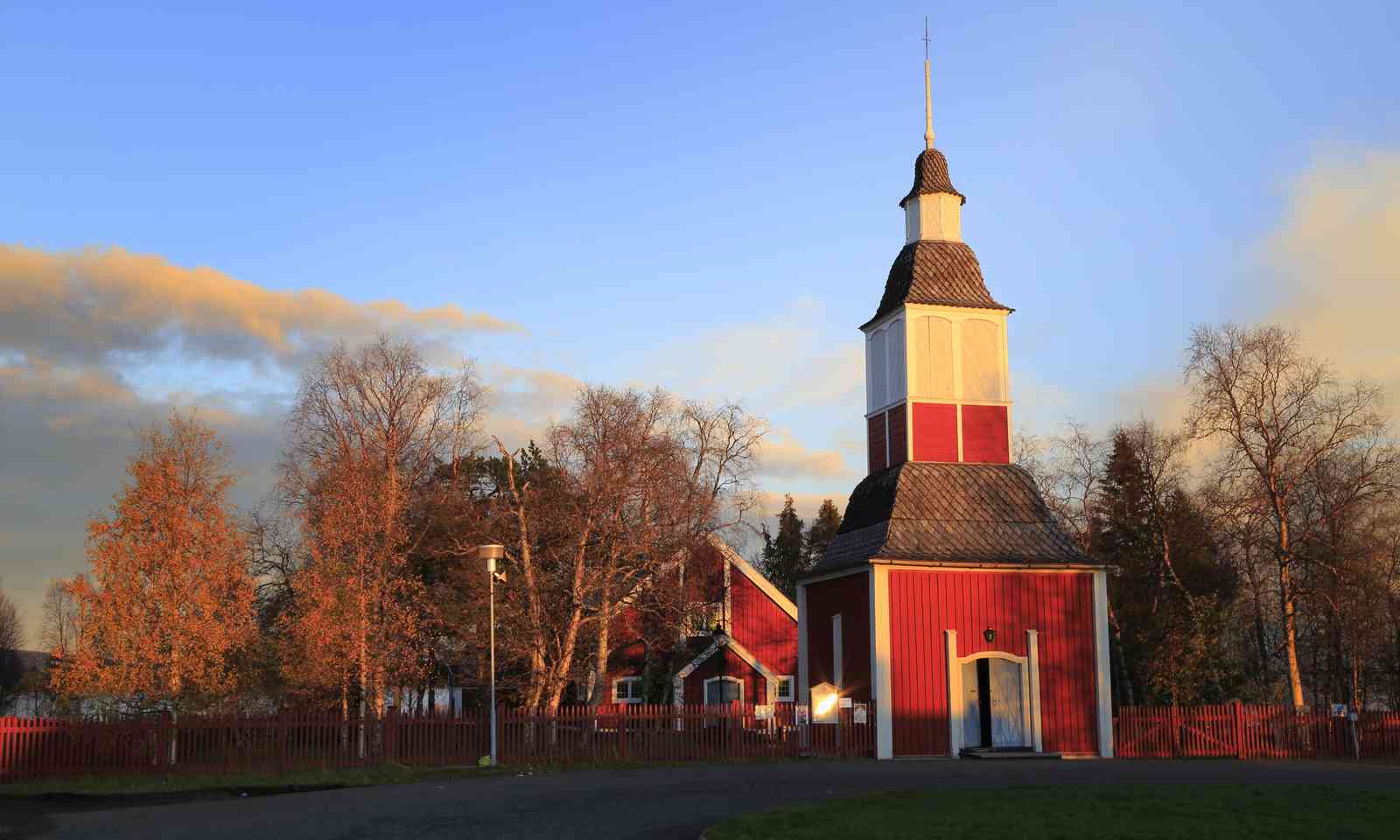 From the outside, the red and white clapboard church looks like many other churches in Sweden, albeit quainter. Inside, however, you’ll find a striking mural, depicting the coming together of Christian and Sami traditions, and an organ made from reindeer horn and birch. Rumour has it that there are two mummified bodies of locals, who died in the 18th century, hidden under the floorboards.

Also known as Man's Church and God's Church, the Yosemite Valley Chapel, in the heart of the Yosemite National Park in California, is the oldest public structure in the park. With the mighty Yosemite clearly visible from the entrance, it also has the best view. 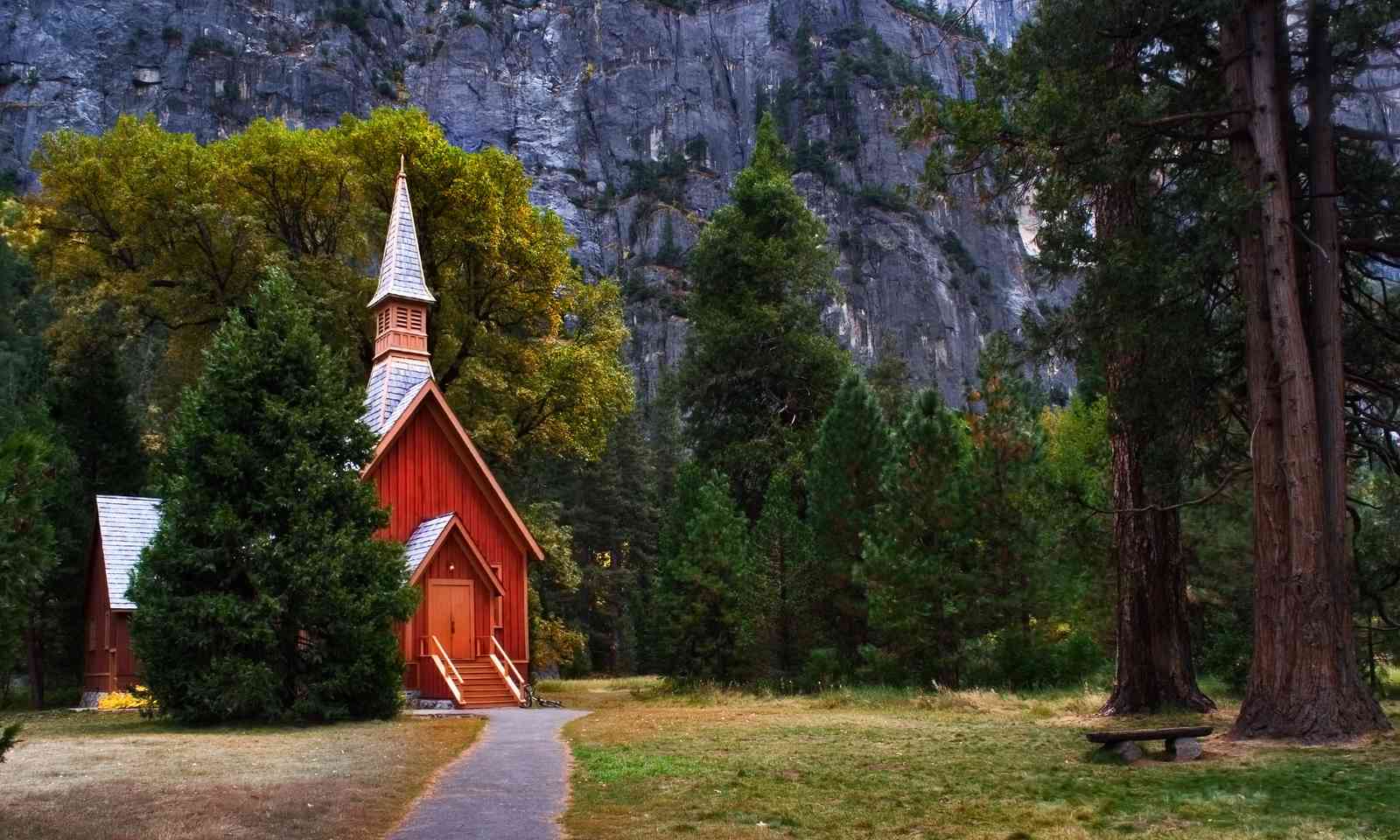 Built in 1879, with funds donated by children in Sunday Schools across California, the chapel was built to provide a place of inter-denomination worship in the Yosemite Valley. It still serves that purpose but has become increasing popular as a wedding venue.

Don’t be surprised if you think you’ve seen St Carthage’s before. This Catholic church, in the abandoned town of Silverton in outback New South Wales, has appeared in countless films and TV commercials, including A Town Called Alice, Mad Max 2 and Razorback. There’s something apocalyptic about its position on the edge of the vast Mundi Mundi plain. 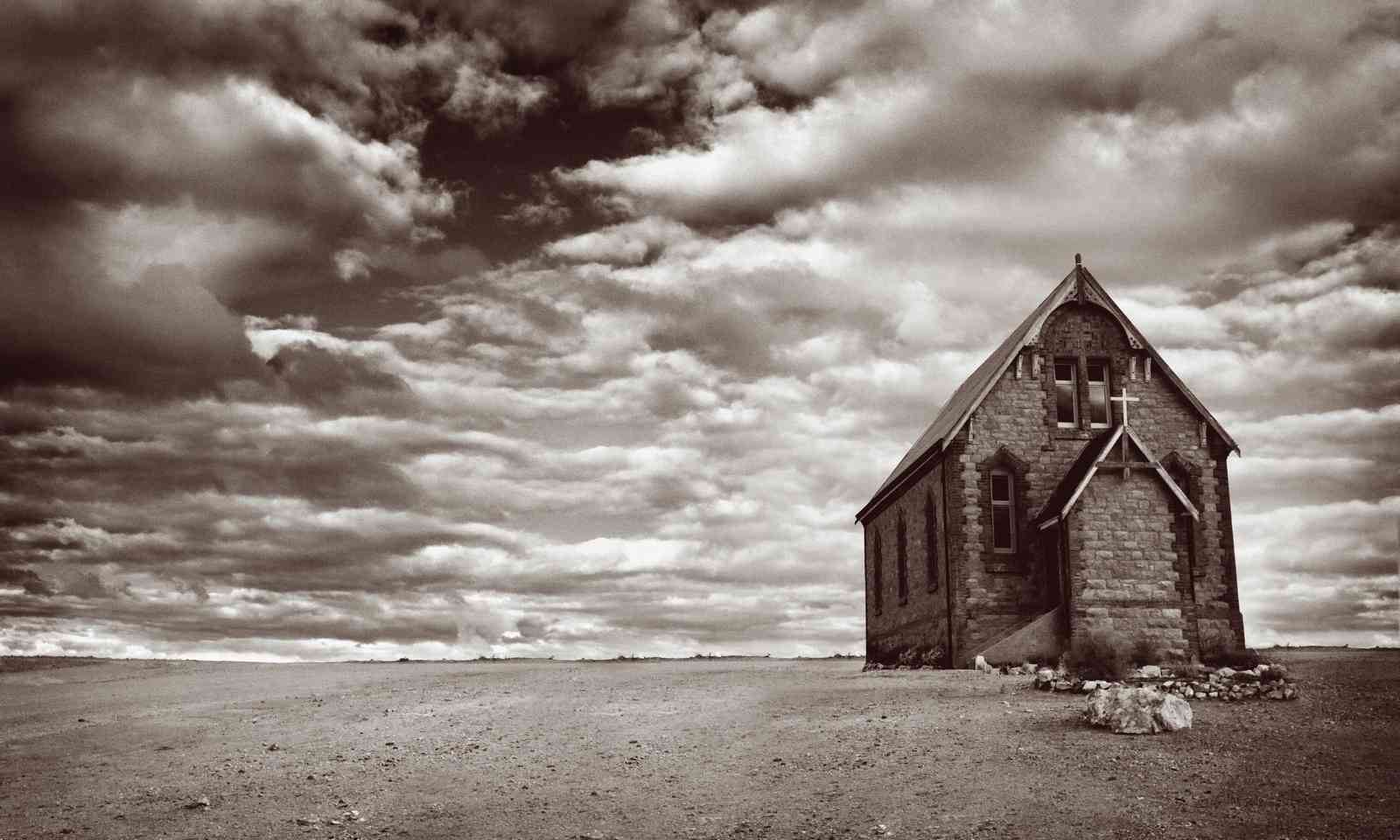 Today, the church is part of the Silverton Gaol and Historical Museum, but in its day, back in the 1800s, it was an important focal point for Catholic miners who flocked to the mines in the surrounding area.

Missionaries brought Christianity to the Cook Islands in 1821 and the locals took to it. Sunday church services are a still a huge affair, offering a chance to dress in Sunday Best and belt out hymns in the Island choir.  The whitewashed coral churches, often by the sea, are as much a part of the scenery as the palm trees swaying by the shore. 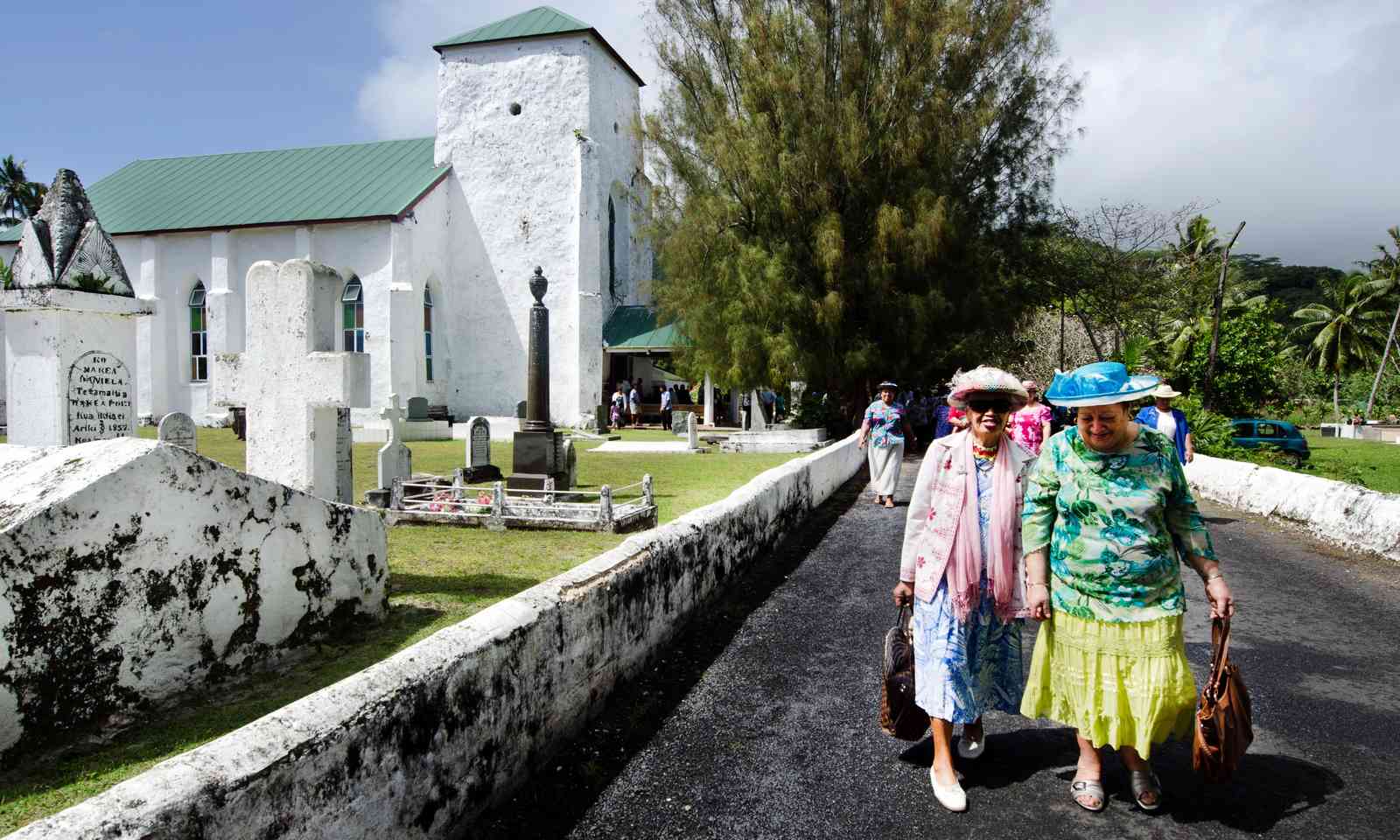 Aruva church, on Main Road, Taputapuatea, is the largest of Raratonga’s missionary churches, but as with everything in the Cook Islands, the term is relative. Services are held every Sunday at 10am and as a visitor you will inevitably be dragged along to morning tea.

6. Church of Intercession on the Nerl, Russia

Commissioned by the 11th century Russian prince, Andrei Bogolyubsky, this white stone church was built to commemorate his victory over the Bulgars and to mourn the loss of his son in the same battle. It's built on the confluence of the Nerl and Klyazma rivers, just north of Vladimir. 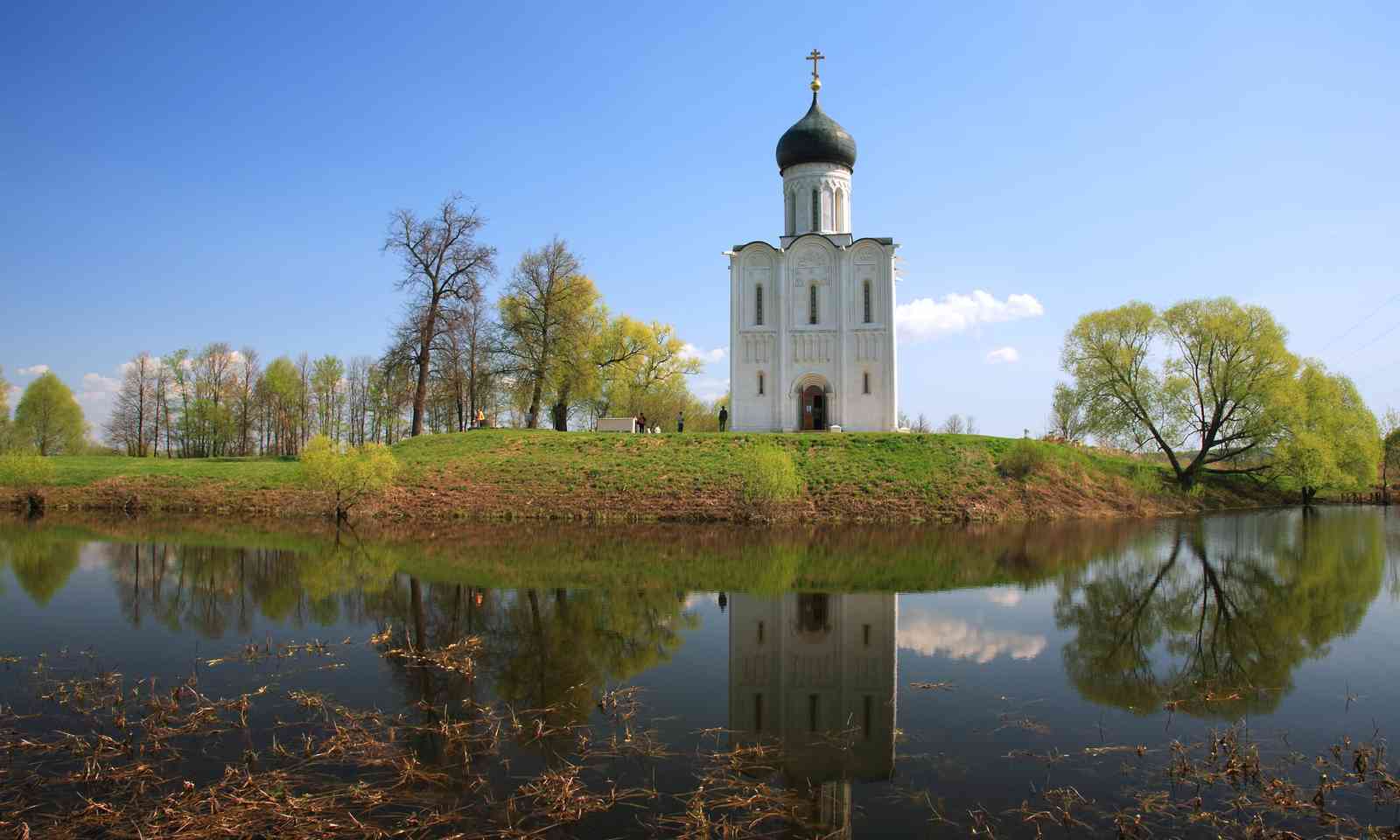 Church of Intercession on the Nerl (Dreamstime)

The proportions of the church are elongated to make it look more slender than it is. Every spring the area around it is flooded - the church remains above the water line and appears to be floating on the water. Experts believe it was built here for exactly that effect.

The Church of Intercession on the Nerl is regarded as an important building in the Estern Orthodox religion and was listed by UNESCO as a World Heritage site in 1992.

Built above the tiny town of Vik, the southern-most settlement on Iceland’s Ring Road, this white, red-roofed church enjoys spectacular views over the black sand beach to the monolithic rock formations that emerge from the Atlantic Ocean. But it is the view from the town of the church itself that most visitors come to see. 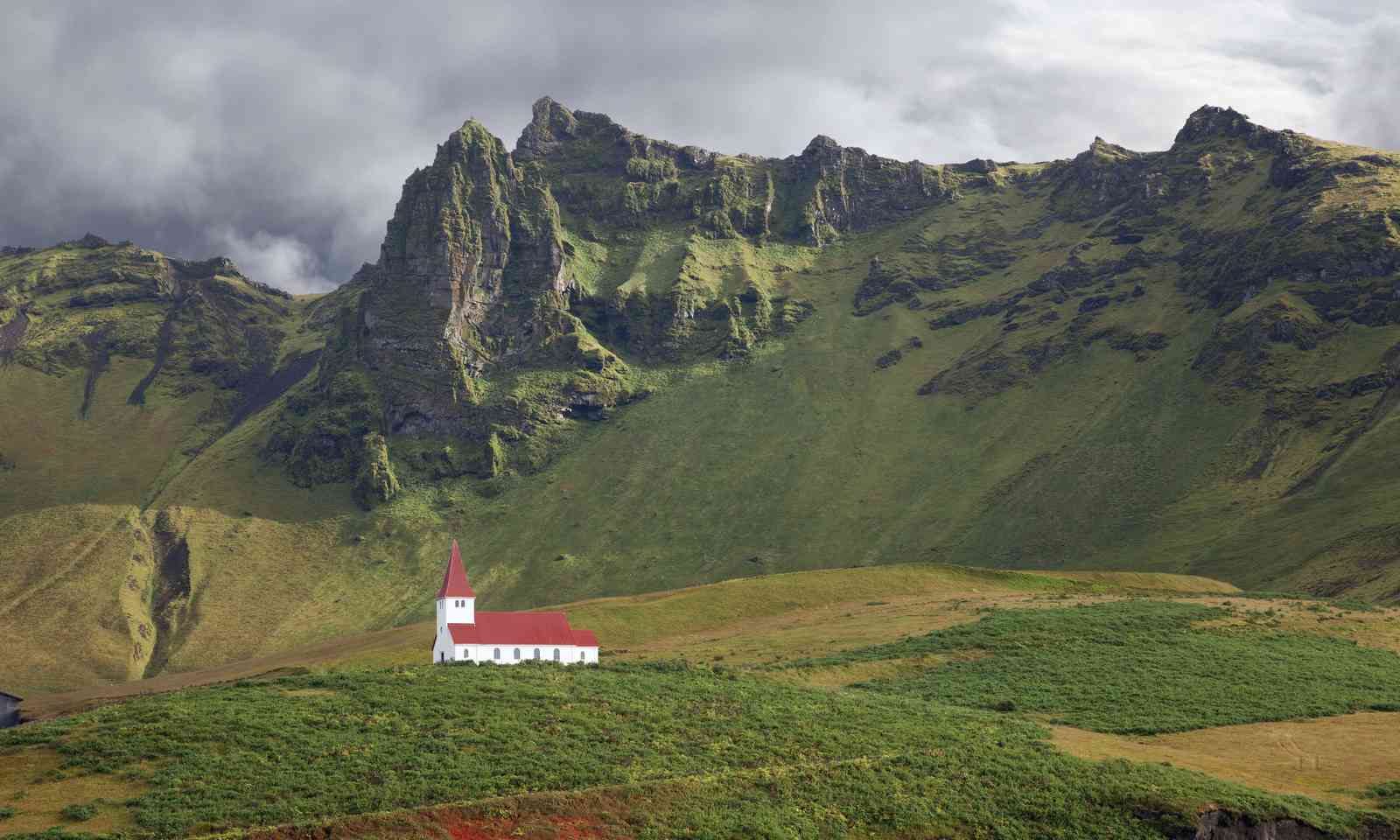 Backed by the massive Katla volcano, which is itself topped by the Mýrdalsjökull glacier, the tiny chapel is dwarfed by its landscape. Locals say it is a reminder of their place in natural scheme of things and how fragile their foothold here is.

These are but a tiny fraction of the quaint churches dotted around the world. You're bound to have came across some in your travels. Tell us about them in the comments below.