Ever wanted to retrace the journeys of some of the great explorers? Alan Greenwood, co-author of Great Expeditions, suggests seven places where it’s possible to follow in the footsteps of history's great pioneers... 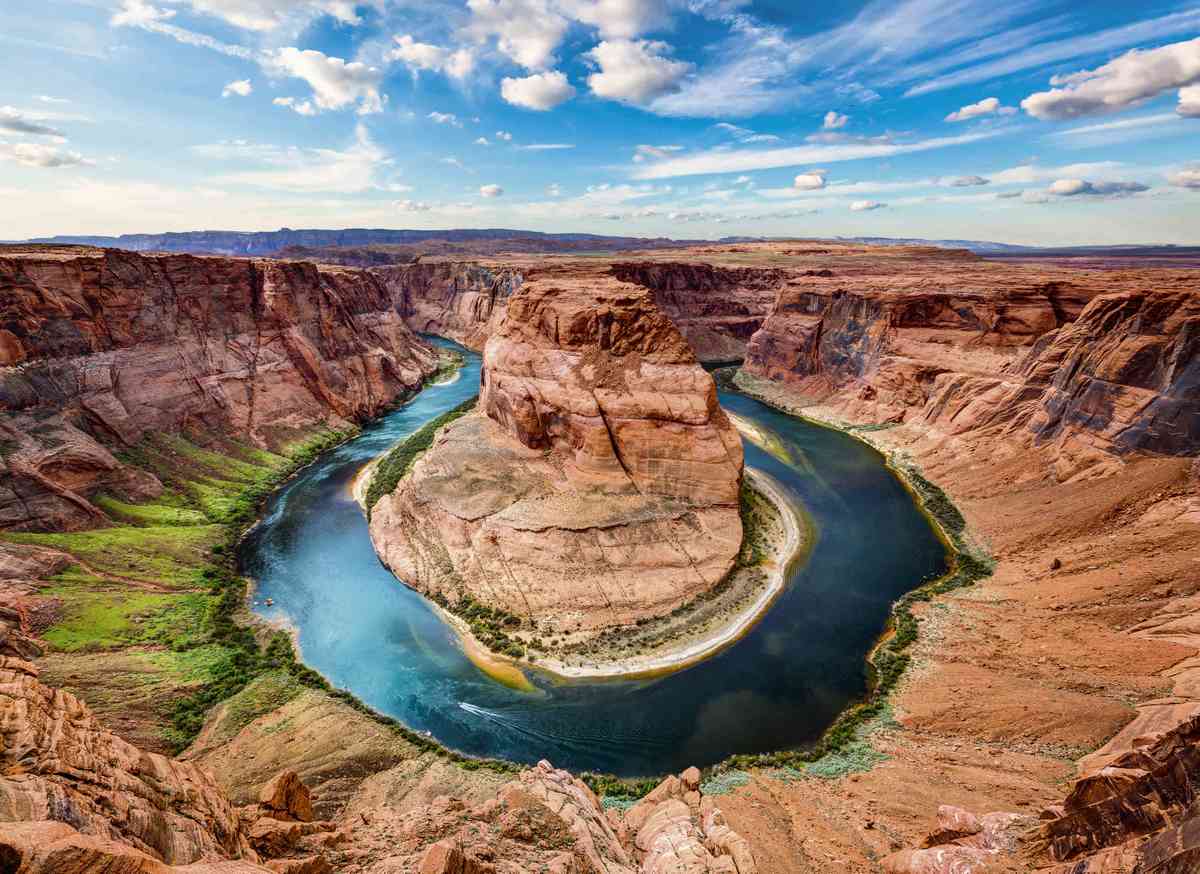 The expedition: John Wesley Powell travelled the mighty Colorado in 1869 on a 900-mile journey which took 13 weeks. Powell and his crew endured shipwrecks and broken bones as they navigated the river’s hostile rapids while three of the party staged a mutiny and fled – only to be killed by native Americans. The Powell Expedition was the first to traverse a huge swathe of south west America.

Today: Rafting the Colorado is highly popular. Options range from a paddle through the Grand Canyon for a few hours to spending weeks heading downstream under spectacular scenery. Get away from the busiest sections of the river, however, and it is still possible to explore the Canyon in splendid isolation. The National Parks of America website has information on many of the available packages. 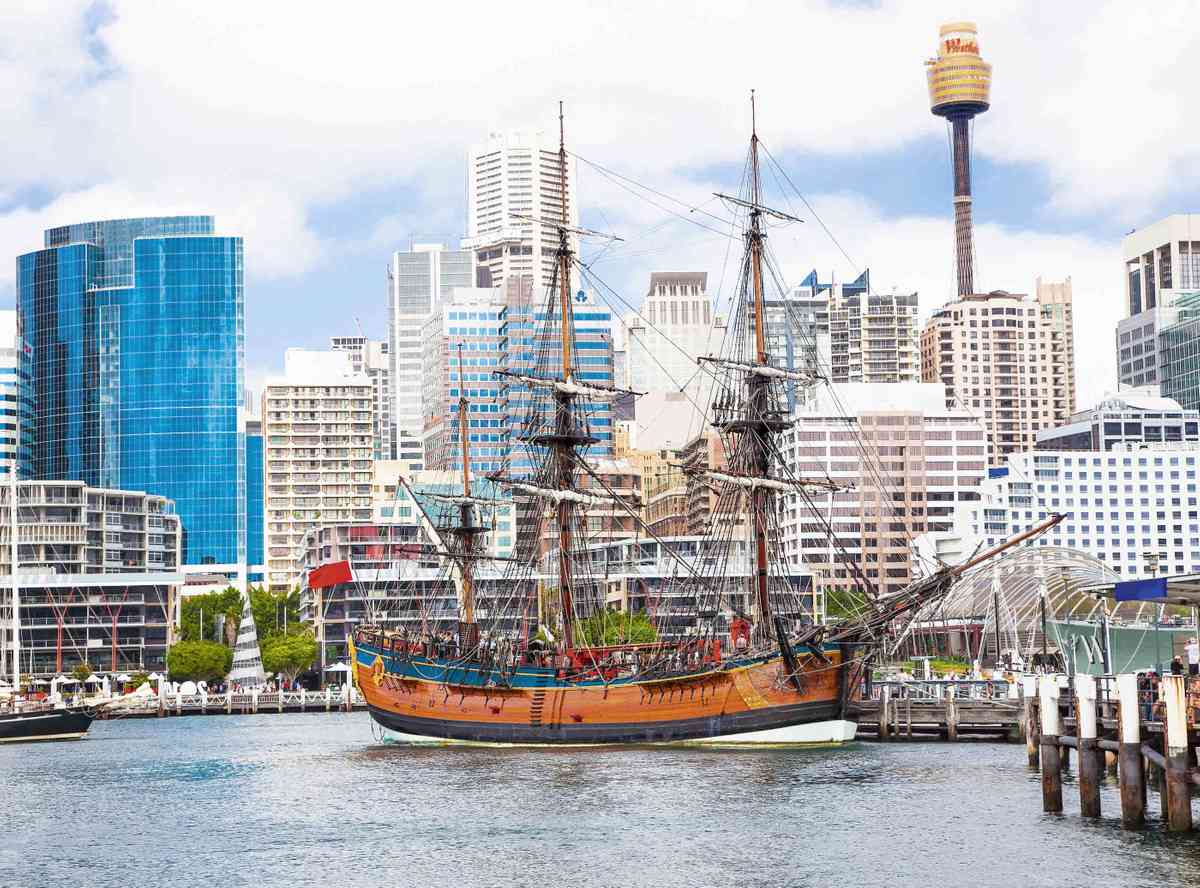 The expedition: Captain James Cook was captivated by the rugged scenery of New Zealand’s South Island during his seminal first expedition to the antipodes. A succession of dramatic fiords on the island’s south-west coast piqued his interest but also caused him some trepidation. The steep sided cliffs and eerily calm waters were unsettling to a seaman who was more familiar with open skies and crashing waves. Cook named one particularly striking example ‘Doubtful Inlet’, reflecting his concern that the fiord’s steep sides would keep the wind from his sails.

Today: Doubtful Sound is one of the few New Zealand fiords which is readily accessible to visitors but remains a much less explored option than nearby Milford Sound. Trips can be arranged to explore the fiord by kayak, day cruise or scenic flight. Some cruises also offer an overnight option. The official Fiordland website has more information. 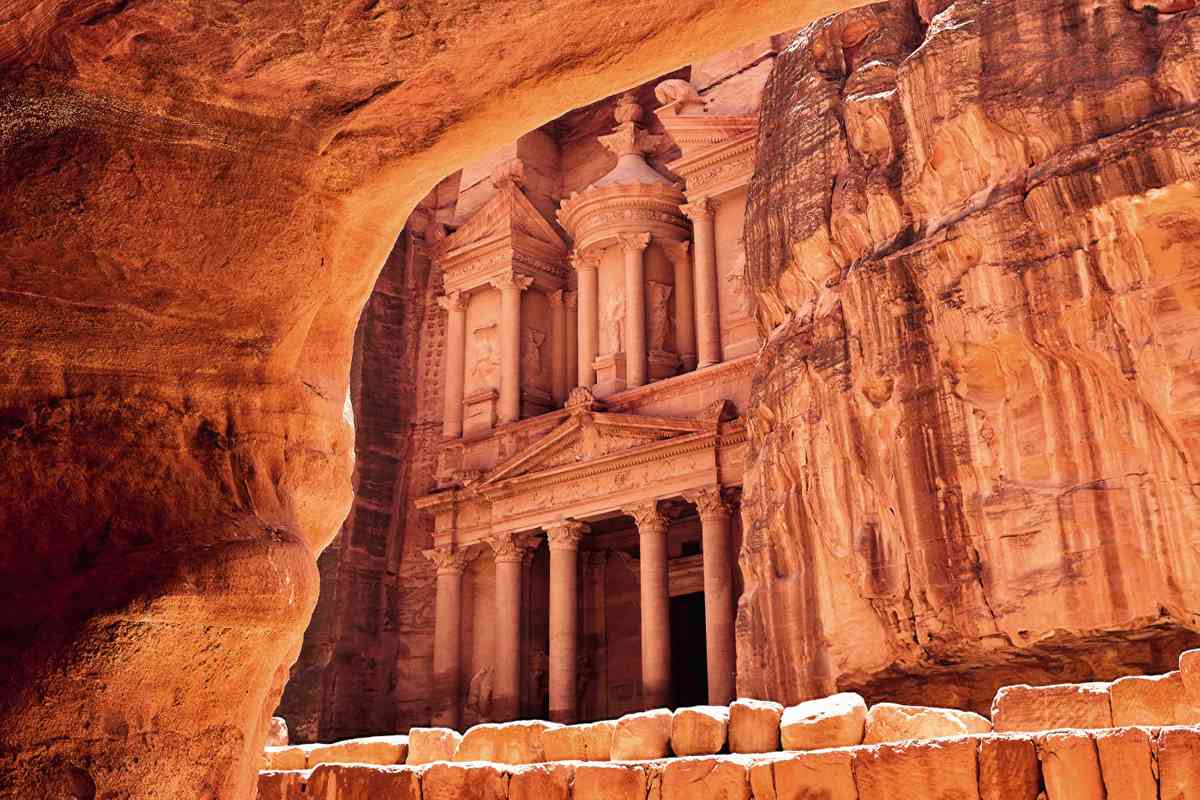 The expedition: Johann Burckhardt, a Swiss adventurer walking through the desert disguised as a nomad, became the first European to lay eyes on Petra for more than one thousand years in 1812. Burckhardt endured ill health and highway robbery on his journey but the sight of the ruined city, carved out of vivid red rock in the Arabian desert, took his breath away. His descriptions led to Petra’s emergence as one of the world’s archaeological treasures.

Today: Petra is a World Heritage Site and the city itself is more or less as it was in Burckhardt’s time. It can be easily reached from Amman, the capital of Jordan, or the Red Sea resort of Aqaba. The official Petra website has detailed information on tours and accommodation options. 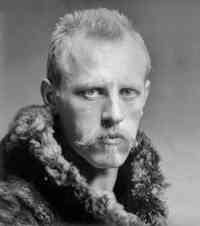 The expedition: The Norwegian Fridtjof Nansen (pictured, right) is one of polar exploration’s greatest heroes. His attempt to reach the North Pole by freezing his ship Fram into the Arctic pack ice and allowing the ocean current to drift it north was a brilliantly simple idea which captured the imagination of people around the world. The polar bid was unsuccessful but Nansen’s courage and enterprise on the three-year mission ensured his lasting fame.

Today: The Fram has been lovingly preserved in a tailor-made museum in Oslo. It can get busy in peak summer months but out of season visitors can explore the vessel and try to imagine what it must have been like for Nansen and his crewmates in its confined quarters. The museum also contains original maps and equipment from the expedition and Thor Heyerdahl’s Kon Tiki is on display next door. More information at www.frammuseum.no.

The expedition: John Muir was an expatriate Scot who was beguiled by the beauty of this remote corner of northern California. He devoted most of his life to exploring the Yosemite Valley and also to campaigning for its protection from the threat of encroaching ‘civilisation’. Muir’s efforts ensured National Park Status for the area and was the basis for a new conservation movement to protect wild places.

Today: Yosemite National Park offers endless options for kayaking, hiking and climbing. Well plotted trails and the sheer expanse of the valley mean it is still possible to find an isolated spot and soak in the views that inspired Muir. The National Park Service's website is a good source of visitor information.

6 – North face of the Eiger, Switzerland 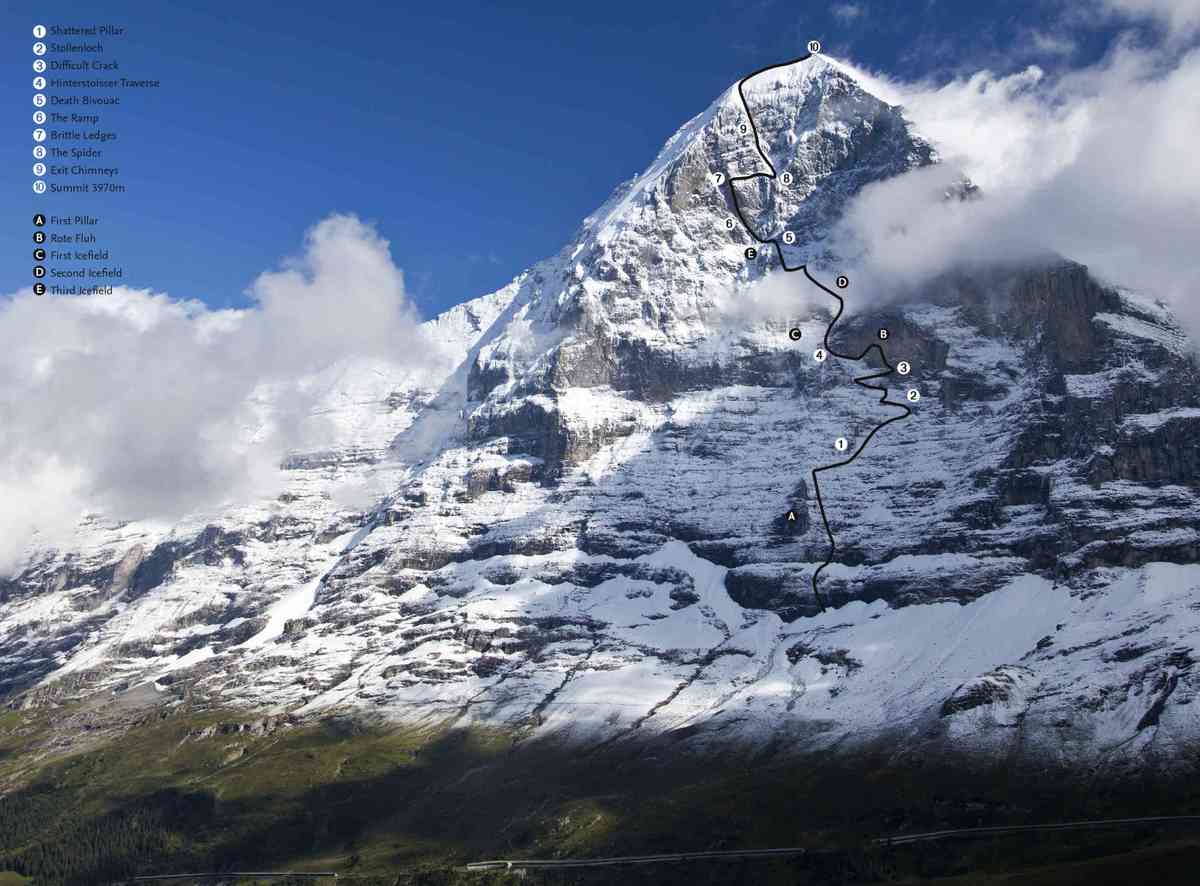 The expedition: Shattered Pillar; Difficult Crack; Brittle Ledges; The White Spider; Death Bivouac — even to non-mountaineers, these names conjure up an aura of dread and danger. But to those who know the Eiger they generate an exceptional, almost primitive, feeling of fear and respect. The Eiger’s north wall is the largest in the Alps and the most notorious mountain face in the world. By 1938 it still hadn’t been ascended via this route until Austrian and German climbers Heinrich Harrer, Fritz Kasparek, Anderl Heckmair and Ludwig Vörg claimed their place in history.

Today: Although the north face itself is beyond the reach of all but the most experienced mountaineers, numerous hiking trails afford spectacular views of the mountain. It’s even possible to experience conditions on the North Face itself. Rail users can stop off at a viewing platform carved in to the rock face by taking the train from Grindelwald to the Jungfrau. See grindelwald.ch. 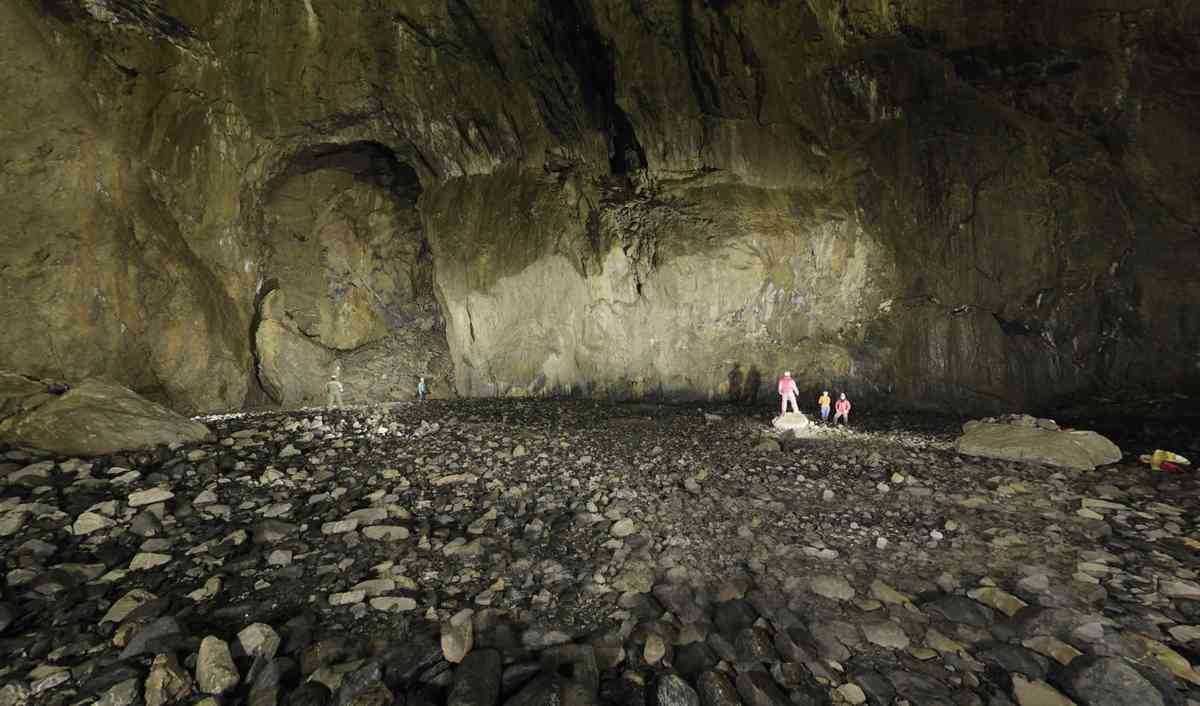 The expedition: Norbert Casteret, perhaps the world’s greatest underground explorer, discovered more than 2000 cave systems in and around his native France. He led a team that explored a network of caves and sinkholes high in the Pyrenees which were staggering in both their scale and complexity. Among their discoveries was the Grotte de La Verna, a cave so vast that, in 2003, a group of adventures flew around it in a hot air balloon. “It was pefectly stupendous,” said Casteret on his first sighting of La Verna, “… far transcending human architecture."

Today: Visitors have been able to access the great cave at La Verna since 2010. It is situated almost exactly on the border between Spain and France, 90 minutes by car from Pau to the north or two hours’ drive from Pamplona to the south. Booking is essential, through the visitor centre website. 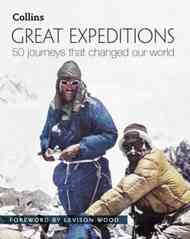 Great Expeditions: 50 Journeys That Changed Our World by Mark Steward and Alan Greenwood is out now, published by Harper Collins (£20). See www.harpercollins.co.uk for more details.