7 great things to do in La Paz, Bolivia

At over 3600m above sea level, it’s no surprise that La Paz is nicknamed the ‘city that touches the clouds’. Nestled within the surrounding mountain ranges, Bolivia’s defacto capital is popular stop for travellers in South America for it’s incredible size, colourful nature and indigenous culture. With a population of over 835,000, the city is incredibly hectic, with cars and people everywhere along the streets. There are plenty of things to do in La Paz; whether you’re there for a day, a week, or more – you’ll never be bored. 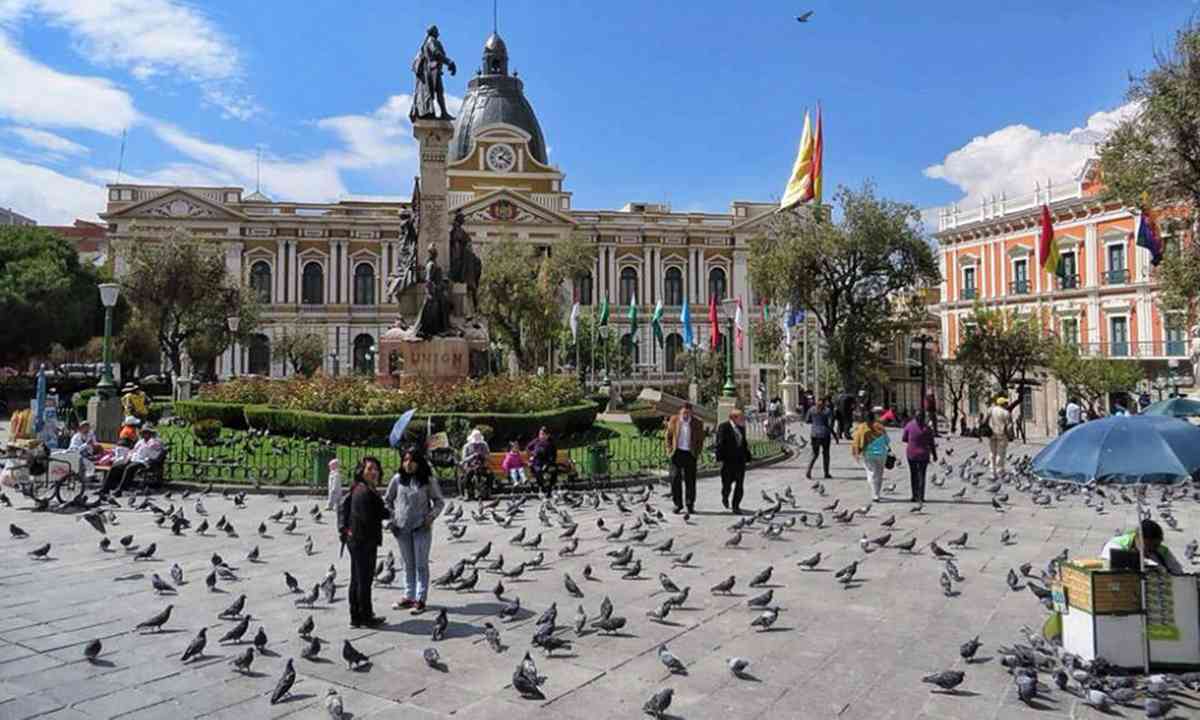 The plaza is a nice spot to sit, admire the Colonial architecture and watch the local Bolivians follow their daily routines and stop to feed the pigeons. 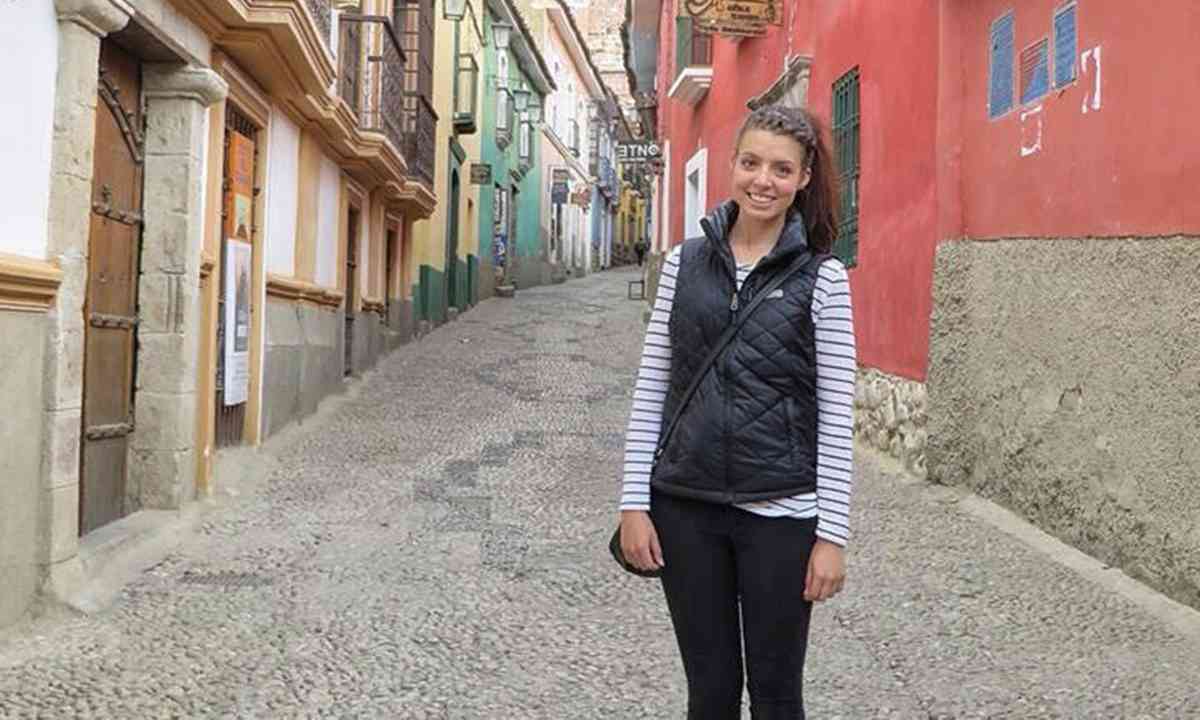 2. Wander through the old Colonial streets

La Paz is full of winding alleyways and steep Colonial streets to get lost in. One of the most charming colonial streets in La Paz is Calle Jaen. The narrow cobblestone street has several colourful buildings dating back to the 18th century, and is home to many small museums, shops and restaurants.

Some of the museums on Calle Jaen include: Museo del Oro, Museo de la Guerra del Pacifico, Casa de Murillo and Museo Costumbrista Juan de Vargas. These older areas are very steep, so don’t be surprised if you start to lose your breath, especially at such a high altitude! 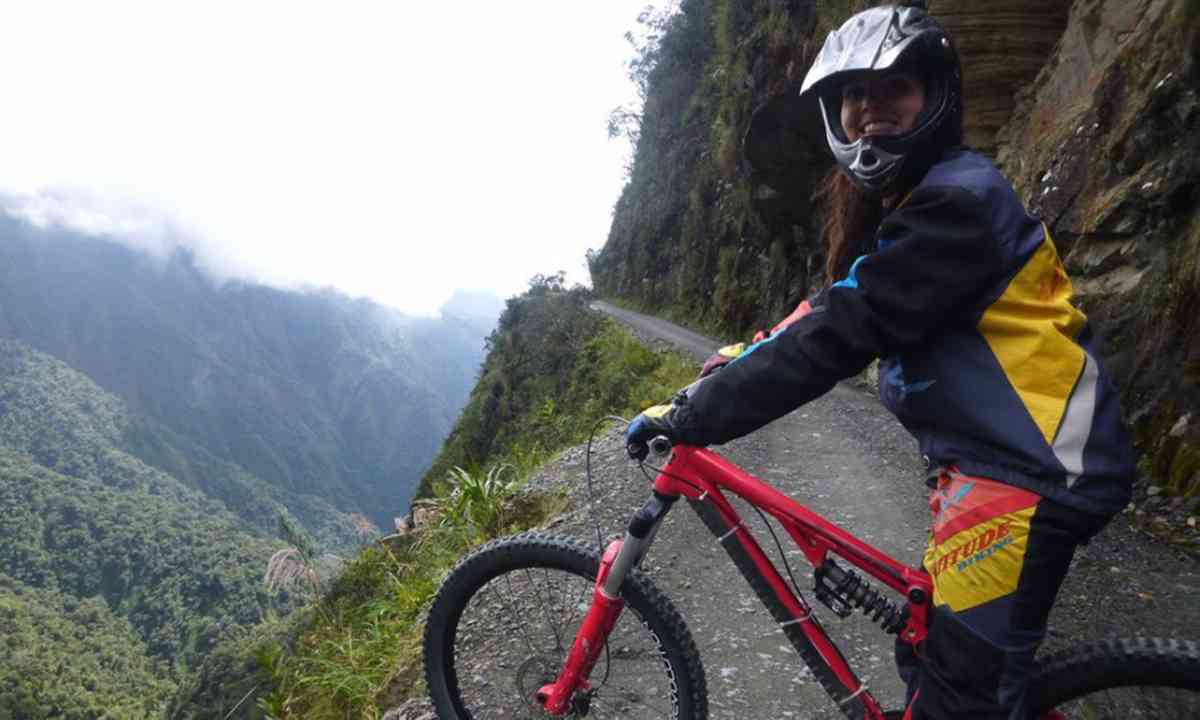 La Paz is the perfect starting point to bike down the world’s most dangerous road, Death Road. This is a highly popular tourist activity in Bolivia for many thrill-seeking travellers, like myself.

Tour companies arrange trips, with prices starting between 600-700 Bolivian Pesos, including transport, bikes & equipment, guides, videos & photos and meals and a National Park entry fee. Be prepared for plenty of thrills – and a few blisters! 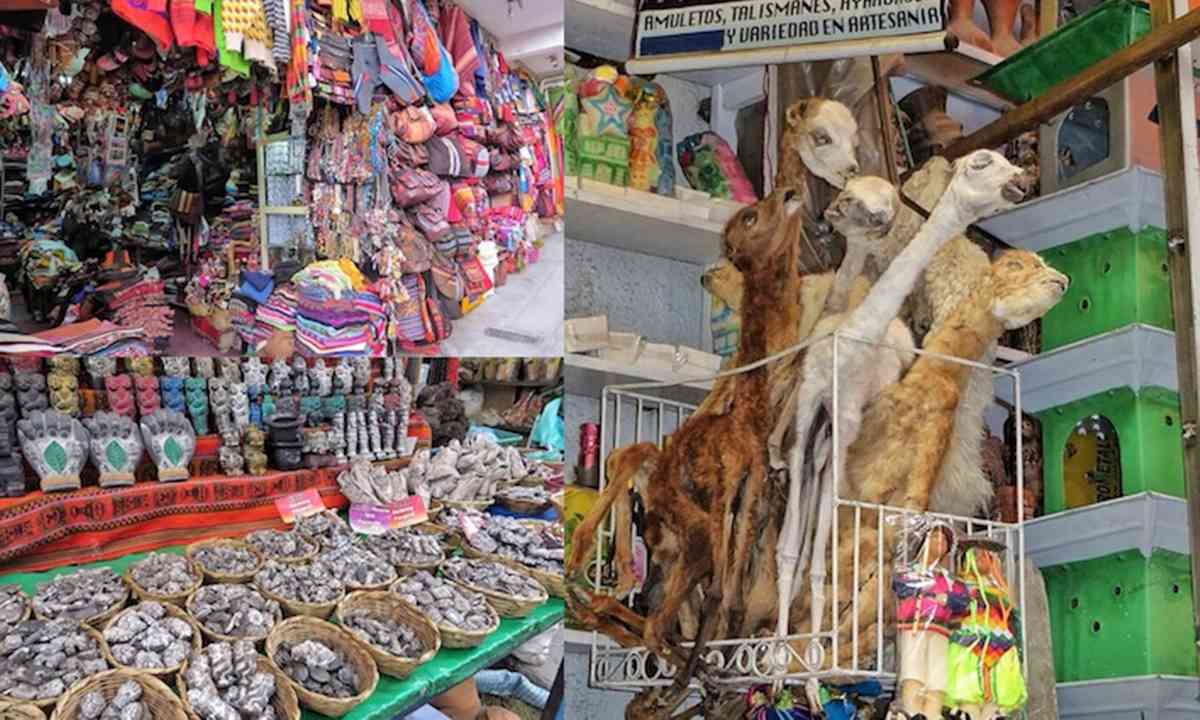 4. Browse the bargains at the Witches' Market

The markets of La Paz are the heart and soul of the city. In the bustling streets, the Bolivian ladies sit in front of their stalls dressed in the traditional bowler hat and colorful petticoat as they try to sell you all kinds of items. You’ll find cheap eats, hand knitted alpaca items, wood carvings, silver jewellery and fake goods, amongst other things.

The Witches Market in La Paz sells some of the most interesting and unusual items. From charms and cures from Aymara rituals, to dried llama fetuses to bury under your house for good fortune, you’ll be sure to find something unique in these little stalls. 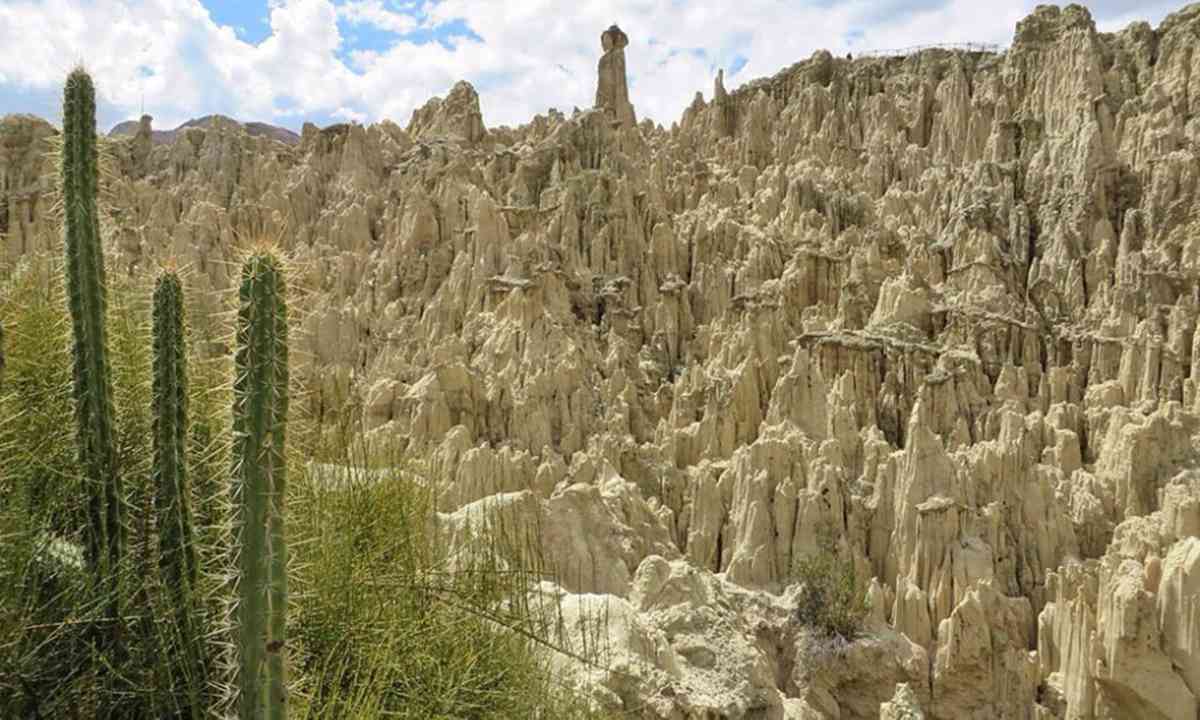 The Moon Valley (Valle de la Luna) is a unique site just a short taxi ride out of La Paz. The bizarre landscape, which has formed as a result of wind and water, resembles that of the moon. Spend an hour walking around the various trails through the many giant stalagmites and jagged rock edges – just watch your step! 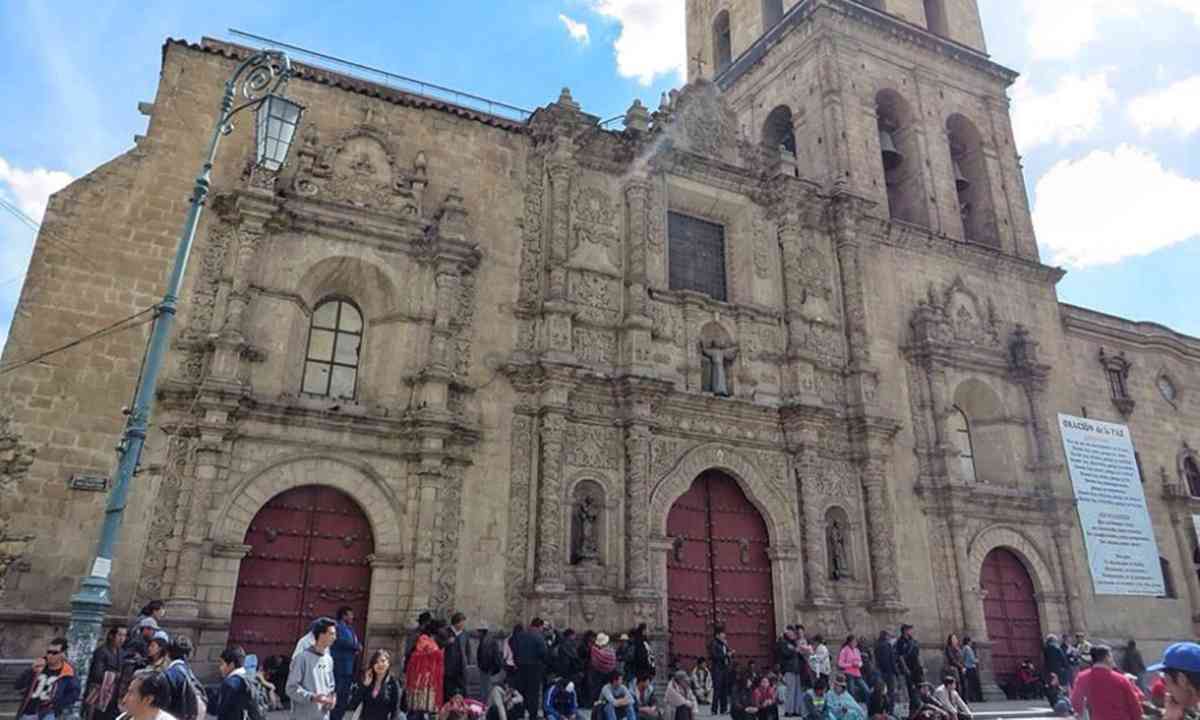 6. Grab a bite to eat and enjoy Plaza San Francisco

Grab a coffee from the well-known Café del Mundo and head down the buzzing streets to Plaza San Francisco. This plaza is home to the San Francisco Cathedral (Iglesia de San Francisco), which has a heavily carved façade of indigenous symbols such as native animals, snakes and tropical birds. 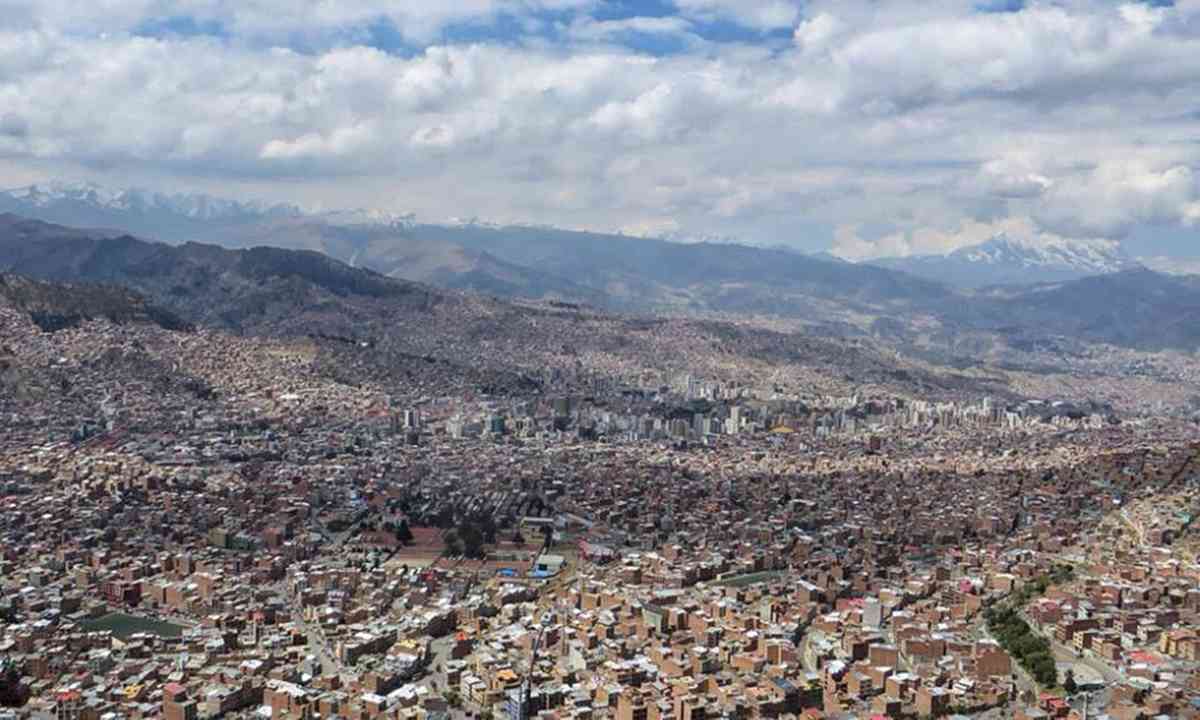 7. See La Paz from above

With buildings sprawled out throughout the city and up along the mountains, La Paz looks as if it’s a never-ending city. The view over this city is absolutely incredible, and your first glimpse of the city will be something that sticks with you for a long time.

There are many lookouts around the city – from the well-known Mirador Killi Killi, the top of a tall building or even just stopping along the route while making your way into the city. Just remember that the higher you go up, the more susceptible you are to the symptoms of altitude sickness.

Kelly Ross is a young traveller from Australia with a bucket list longer than a novel. At 21 years old, she has travelled to over 25 countries, and most recently spent 3 months making her way through the USA and South America. Her blog, Endlessly Exploring, is a collection of her travel stories, bucket lists, inspiration and travel tips.