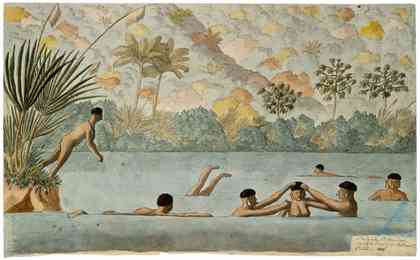 Maximilian de Wied explored the southeastern regions of Brazil in 1815-17, returning with a wealth of information about the native flora and fauna and, most significantly, the Puri and Botocudo peoples. His treaties was later regarded as a pioneering ethnographic work. This sketch from October 1816 shows the Botocudos swimming in the river. 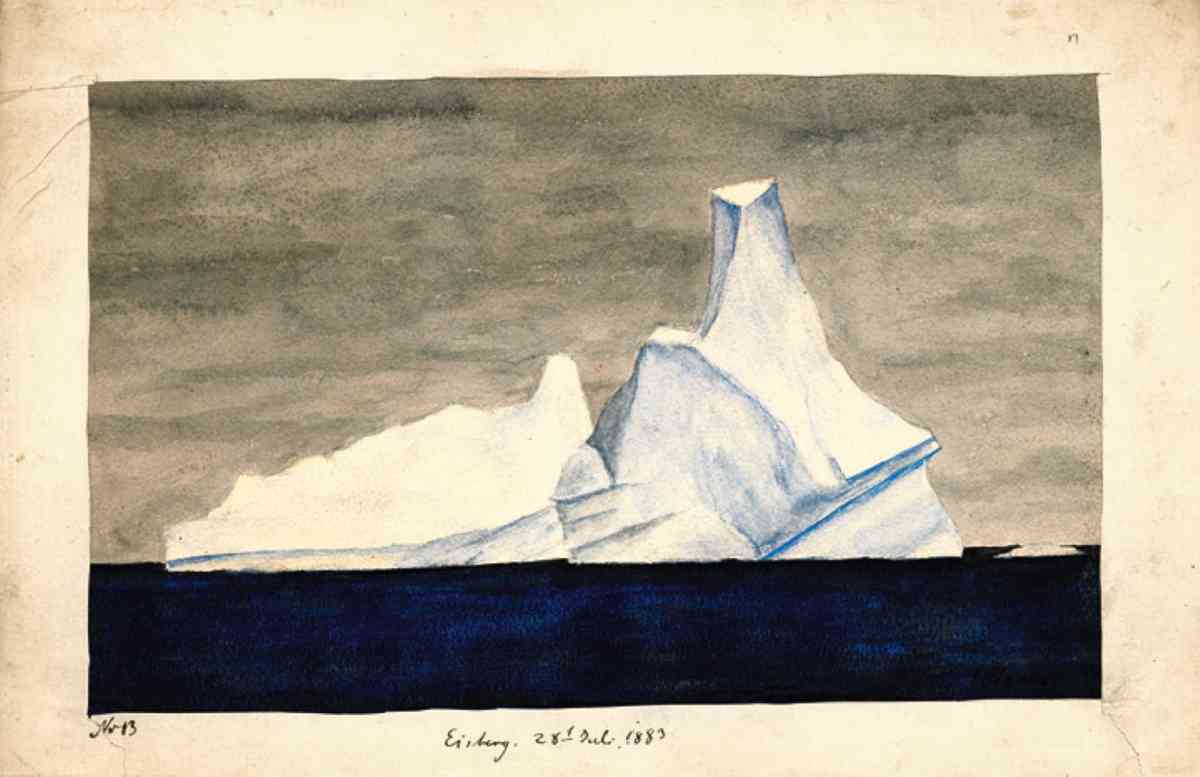 While he was stuck on board ship for weeks among the ice floes attempting to reach Cumberland Sound (Arctic Canada), Franz Boas spent his time drawing and sketching, including these icebergs, becoming absorbed in this strange new world. 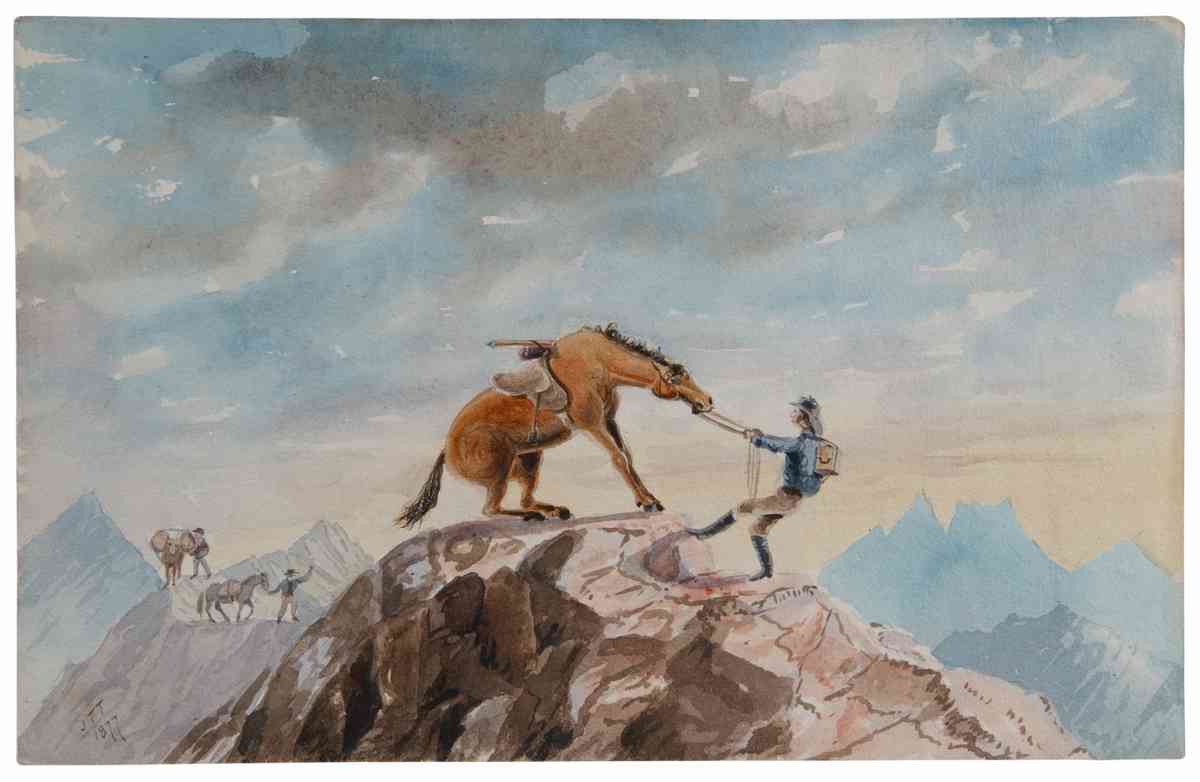 John Turnbull Thomson painted vignettes of his exploring life in 1877, depicting those pioneering first surveys Otago and Southland in New Zealand. This is ‘Crossing the Horse Range, 10 November 1857’. 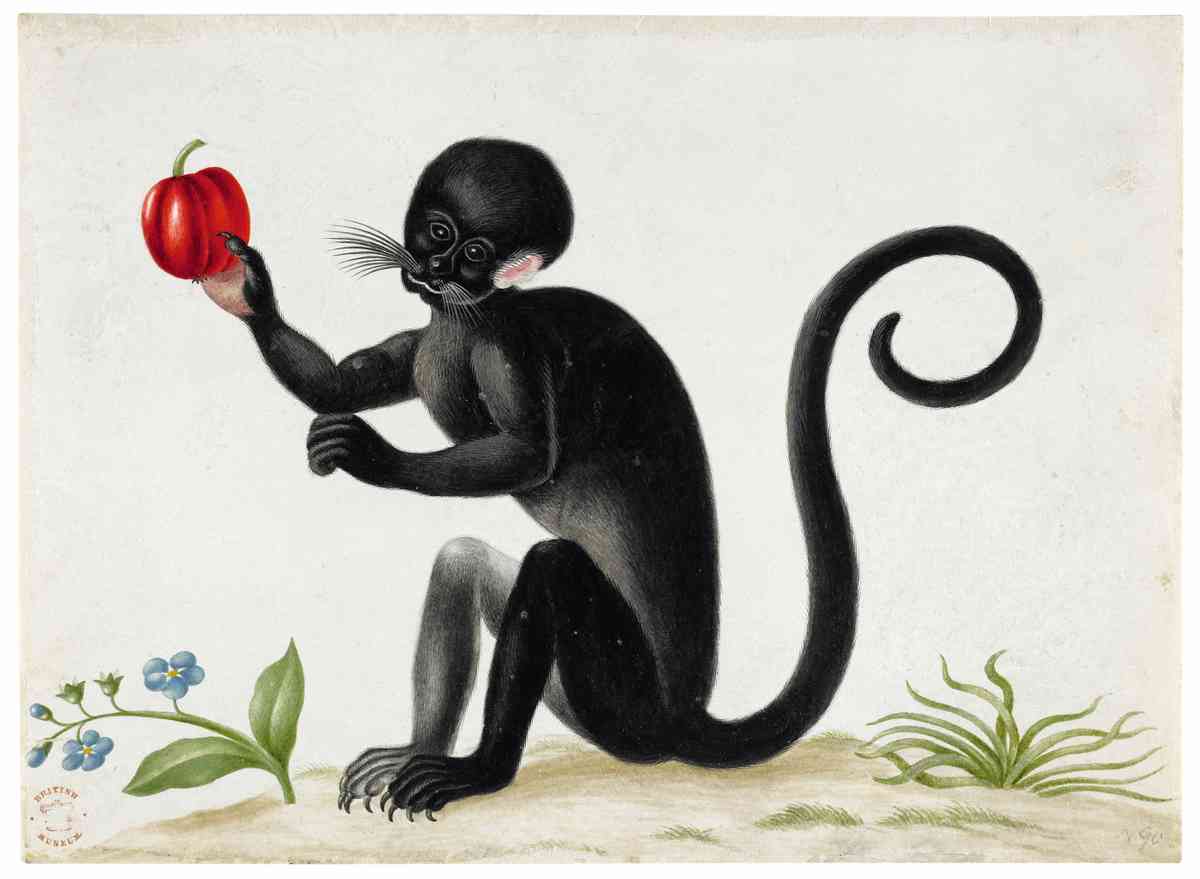 A sketch by Merian of a black monkey, possibly a kind of tamarin, sitting on the ground holding a Surinam cherry, which is indigenous to tropical Brazil. The small blue flower resembles the European Forget-me-not.

Credit: The Trustees of the British Museum

The Nyangwe massacre by David Livingstone Livingstone’s eyewitness account of the Nyangwe massacre. They include a drawing, plus notes written in berry juice on an old newspaper page torn from The Standard, and the account led to the closure of the slave market in Zanzibar, a critical hub for East Africa’s slave traffickers.

The fragile paper and unusual ink made it indecipherable until recently, when spectral imaging technology was used to decode it. 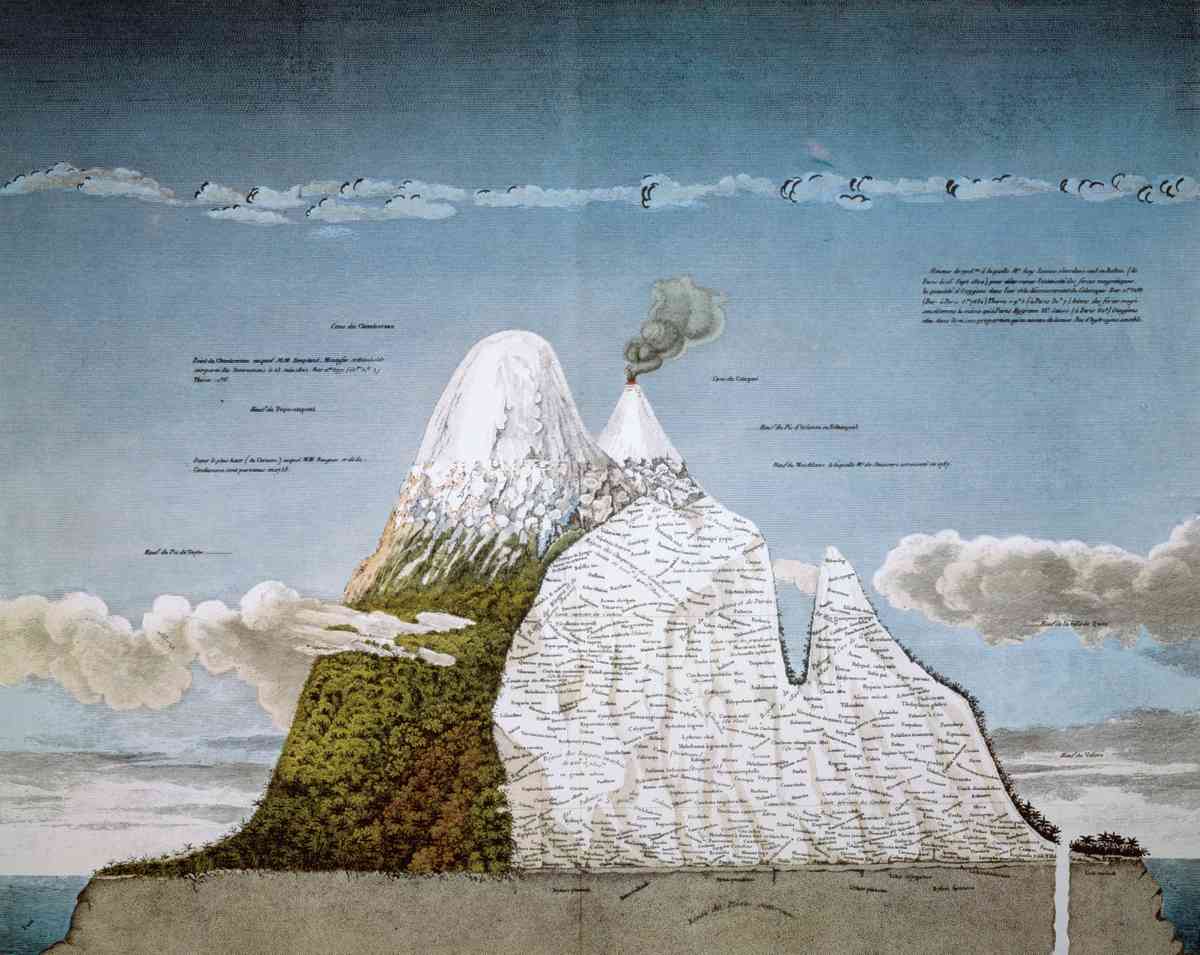 Alexander von Humboldt’s expedition diaries are densely written and immensely detailed, with small field sketches and tables of computation and observation. The journals held the raw material of his evolving scientific thinking.

This is his iconic cross-section profile of Chimborazo volcano in Ecuador. He sketched the beginning of this image on the spot, and it came to exemplify his vision for an ordered geographical ecology, in this case the zoned occurrence of different plants at different altitudes. 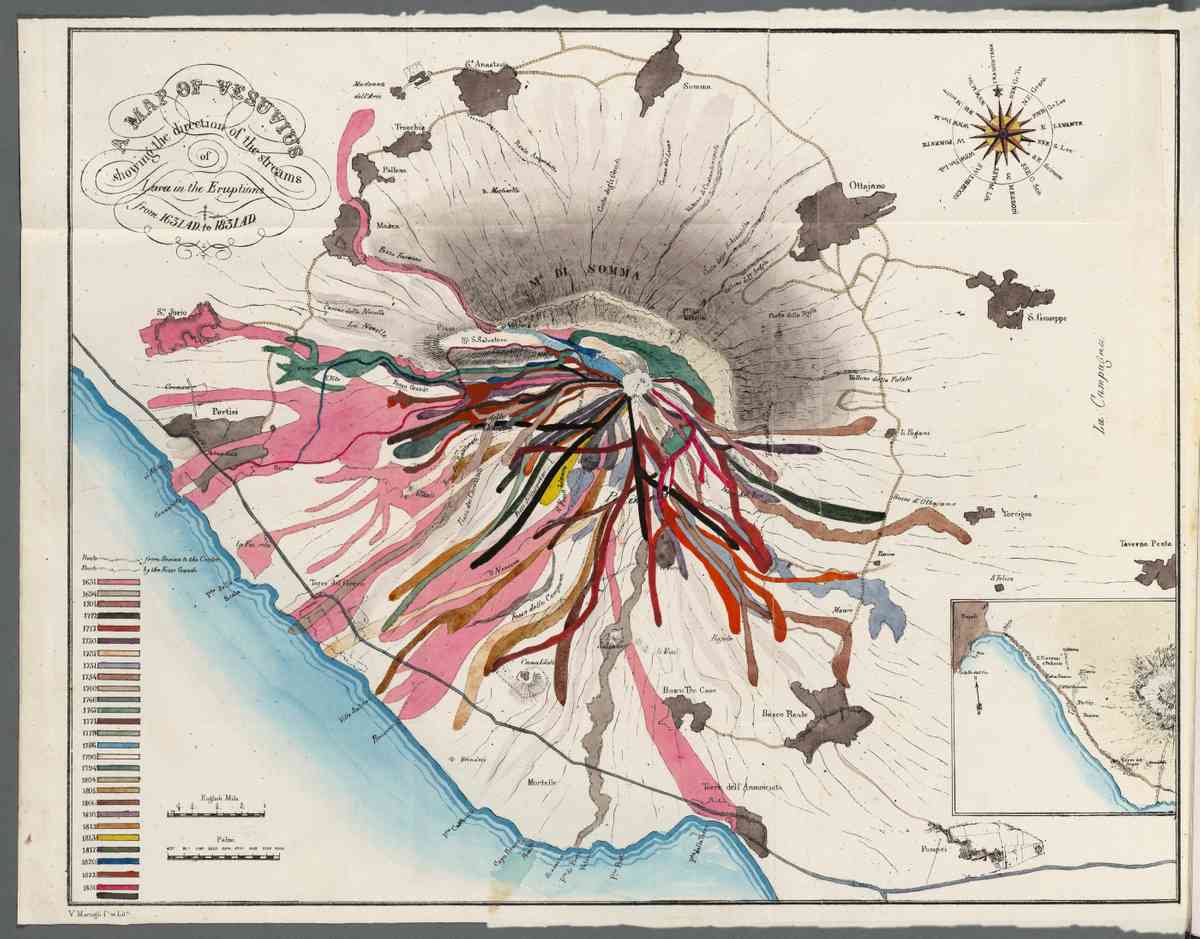 A colourful map of Vesuvius by John Auldjo, showing the direction of lava streams in successive eruptions. It was a pioneering way of representing geographic information and of visualising nature. Despite the dangers, travellers were drawn to visit Vesuvius by Auldjo’s illustrations and accounts.

Explorers’ Sketchbooks: The Art and Discovery of Adventure by Huw Lewis-Jones and Kari Herbert is available on Amazon now, published by Thames & Hudson.