6 museums in the Caribbean worth skipping the beach for

Author Joshua Jelly-Schapiro travelled the length and breadth of the Caribbean. from Cuba to Jamaica, to discover vibrant cultures that deserve a closer look. Here are his 6 favourite Caribbean museums...

Mention the Caribbean and most travellers think of the sun and sand and aqua seas that beckon the world here for holidays. Either that or they’ll recall the cultural riches of islands whose peoples’ music has shaped pop culture everywhere. One thing most people won’t think of is museums. Who wants to be inside in places where the weather’s so incredible?

The Caribbean, however, is where Columbus first made landfall in the New World. It then served for centuries as the hub of the Atlantic slave trade. This region has long stood near the centre of world history. If you venture off the islands’ beaches, you’ll find institutions that mine these islands’ pasts and showcase artists’ work in the present, in wonderful museums that no cultured traveler should miss. Here are my favourites: 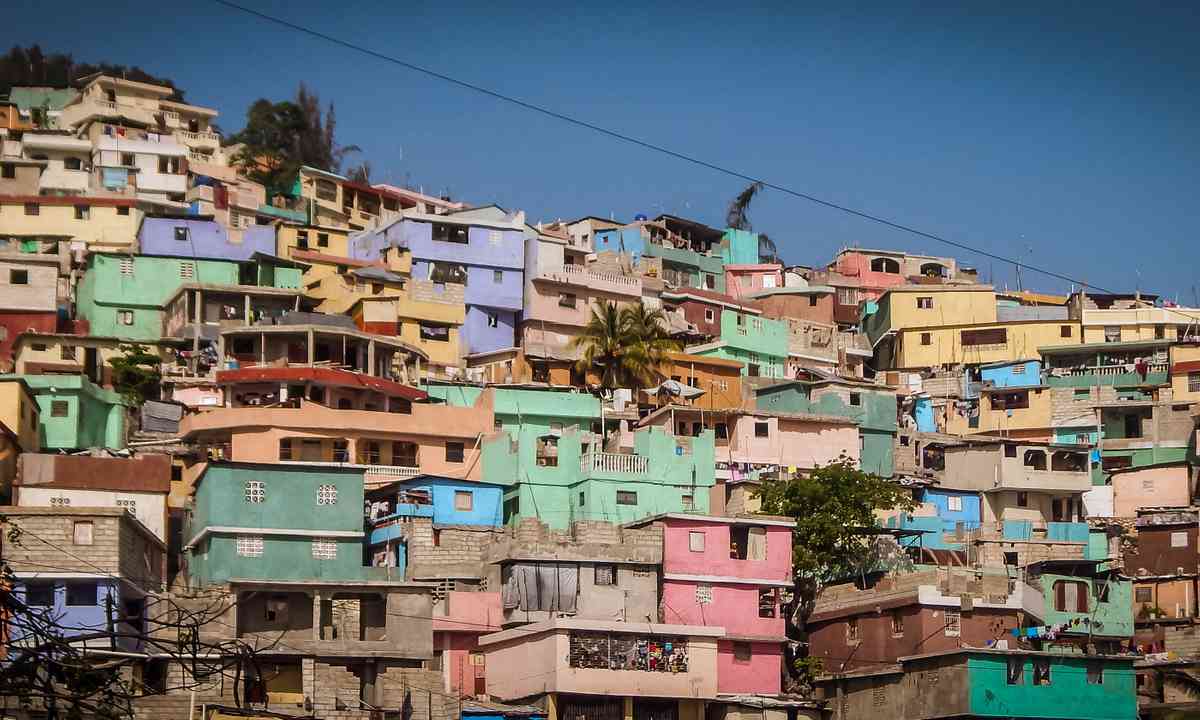 Hidden under high palms off the Haitian capital’s great public square, the Champs-de-Mars, Haiti’s national museum (commonly known by the acronym MUPUNAH) is a can’t-miss stop for any visitor here. Haiti is the only world nation founded by its slaves, and its astonishing history is brought to life here.

Artefacts on view range from one of Columbus' boats' anchors to the sword with which Jean-Jacques Dessalines, free Haiti’s first ruler in the early 1800s, fought off the French and then commanded his people.

MUPANAH also includes a splendid gallery of Haitian art, paintings whose colours and power, in works by leading Haitian artists, are no less stunning than the history of struggle they depict. 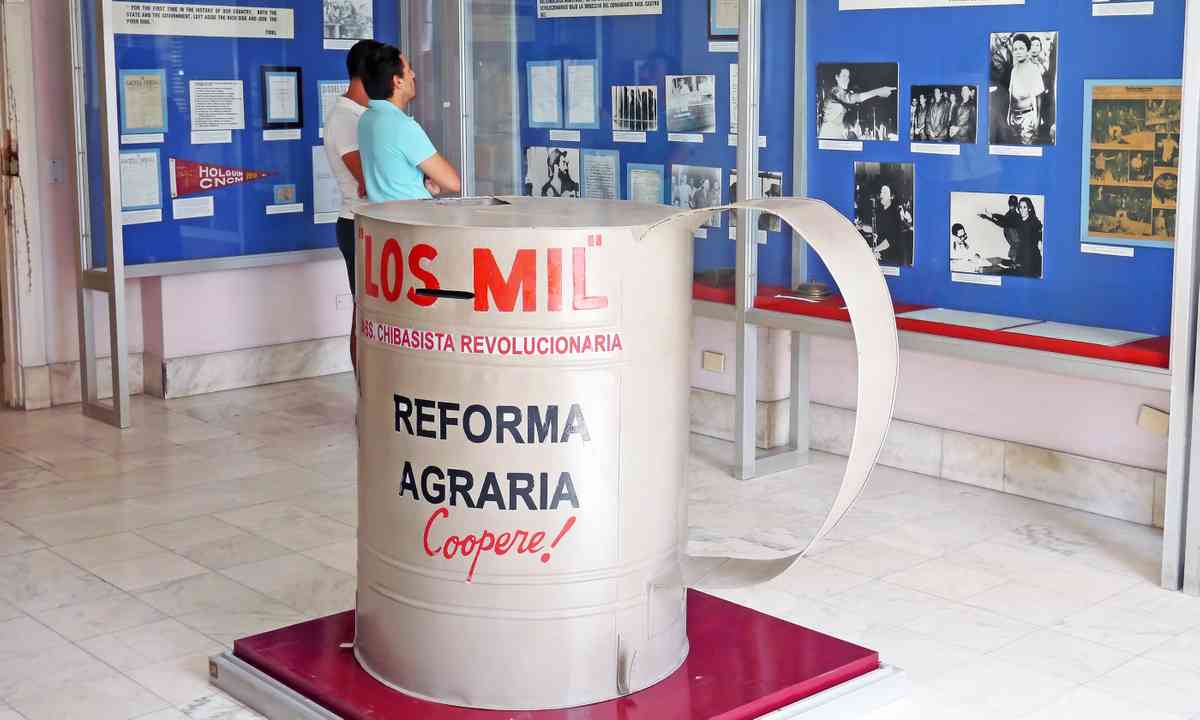 If the Haitian Revolution is the standout event of the Caribbean’s colonial era, the twentieth century belongs to the Cuban Revolution. Havana, the biggest city on the Caribbean’s biggest island, boasts no shortage of top museums, from the expansive Museo de Bellas Artes (Museum of Fine Arts) down. But if there’s one of these that no one traveller can miss today, it is has to be the Museum of the Revolution.

Housed in an old belle époque palace that was home to the corrupted president who Fidel Castro and Che Guevara relieved of power in 1959, this museum recounts the story of these bearded guerillas’ heroic struggle in the island’s mountains, and features such outsized artefacts as the big motorboat, now living on blocks in the backyard here, on which these guerillas landed in Cuba to launch their fight.

The museum’s most amusing room, though, may be the 'Hall of Cretins', a tongue-in-cheek shrine to the succession of American presidents who, though infuriated by Fidel’s revolution, only made it stronger by trying in vain to remove him from power. 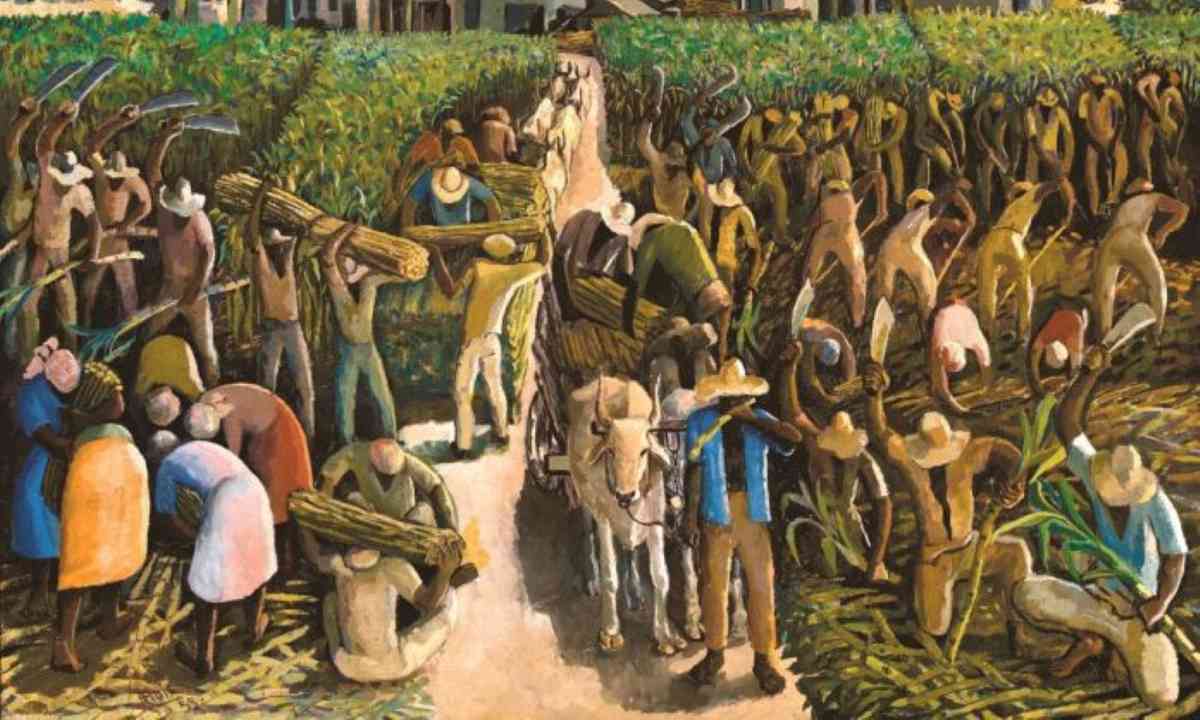 Jamaica’s vibrant but restive capital isn’t a place much visited by tourists. They tend to stick to one or other of the many north shore resorts, near Ocho Rios or Montego Bay, that cater to tourists. But Kingston is the beating heart of Jamaican culture and not only because it’s where reggae heroes from Bob Marley onward have made their names.

The handsome 'uptown' home where Marley lived here, after winning fame in the 1970s, is now a monument to his life. But true students of this island’s arts will also want to venture downtown, nearer to the ghetto where he was raised. There, Jamaica’s National Gallery of Art boasts a permanent collection featuring the works of leading island artists.

Here, you'll find works by Isaac Mendes Belisario, whose oeuvre comprises an unexcelled visual record of Jamaica in slavery days, to Edna Manley, whose statue of the freedom-loving 'Negro Aroused' overlooks Kingston Harbour (and who was the wife of free Jamaica’s first Prime Minister in the 1960s), as well as Malica 'Kapo' Reynolds, a painter and sculptor whose vibrant depictions of island life here helped him make him a key community leader in this town where 'politricks' still colour art and life alike. 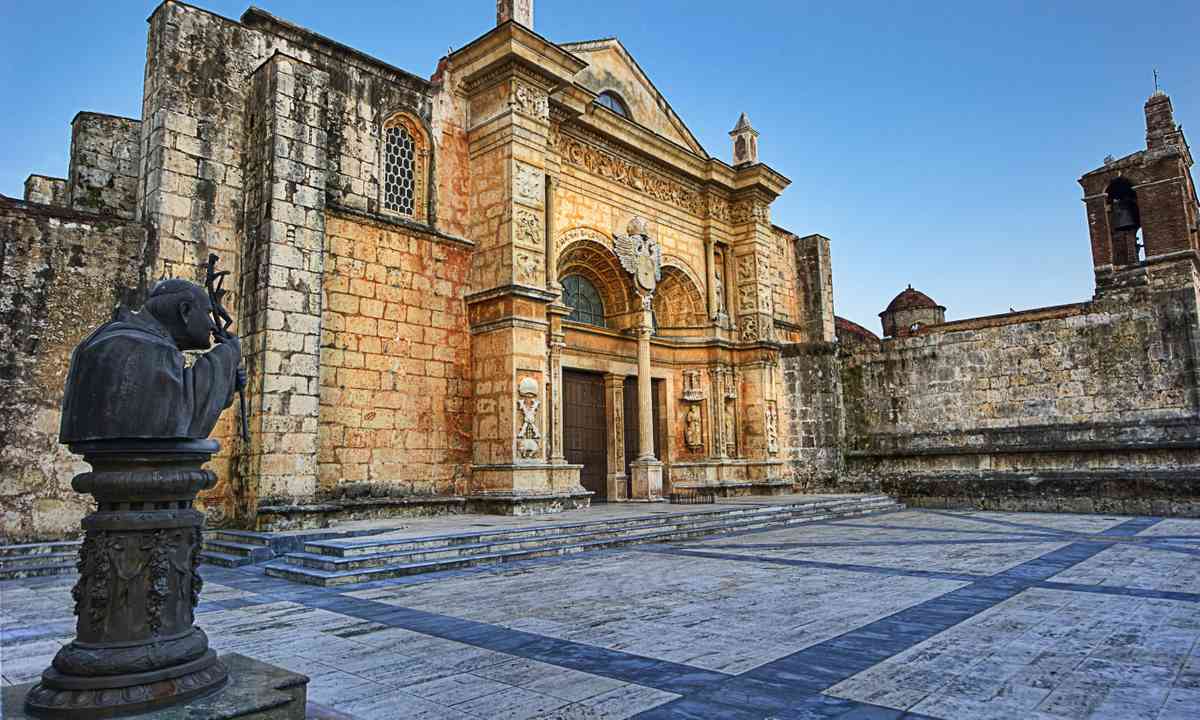 Modern Cuba may be defined by the left-wing revolution whose leaders still run the island, but the nearby Dominican Republic is a country still contending with the legacies of the Right wing dictator Rafael L. Trujillo, who terrorised Dominicans from the early 1930s to 1961.

The DR’s large and crowded capita, which the dictator renamed Ciudad Trujillo, is now known as Santo Domingo once more. It boasts a colonial quarter whose antique Spanish buildings and cobbled streets befit the first European-founded city in the New World.

Those blocks comprise a museum on their own. But on one of them, since 2011, has stood a remarkable monument to the more recent past. The Museo de la Resistencia Dominicana is an exacting homage to the activists and others who battled Trujillo and his successors, and a vivid memorial to those who died. Built and run by those martyrs’ kids, it’s also a touching ode to the hope that such horrors will never pass here again. 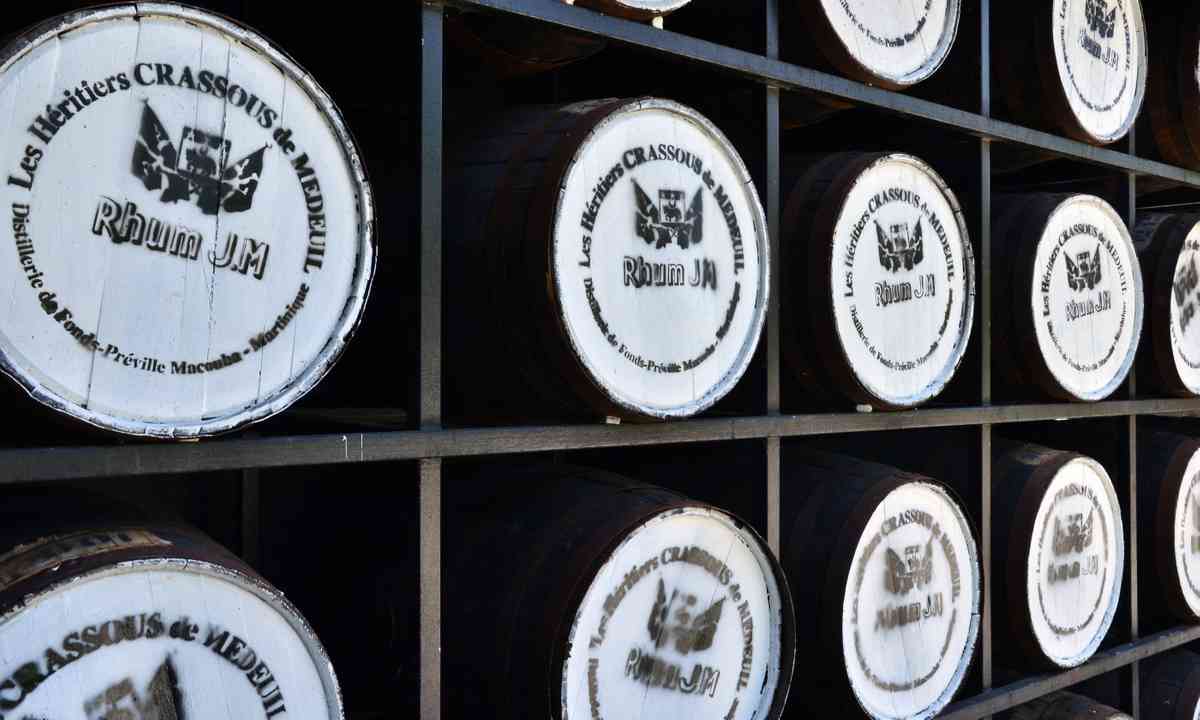 Barrels of rum in Martinique (Dreamstime)

The longtime crown jewel of France’s New World empire, the still-French island of Martinique, boasts a handsome seaside capital whose must-see sights include the cast-iron edifice of the Schoelcher Library (a temple to learning named for the old French abolitionist, Arthur Schoelcher, who saw slavery ended here in the 1840s), and the Musée d’ Histoire et d’Ethnographie, where you’ll find exhibitions on Martinican history and rooms celebrating the life of Aimé Césaire, the native-born poet/statesman who was the outstanding Martinican of the 20th century.

But perhaps the island’s most pleasing museum, and certainly its most spirituous, sits far from Fort-de-France. It’s in the island’s north, in a lush glen near where Césaire grew up, that you’ll find the Distillerie J M.

There are several rum museums in Martinique, but none I know that are as picturesque as this distillery, with great copper stills and antique tubes. Here, you can watch every step of the stuff being made from up close and then, of course, sample its taste. 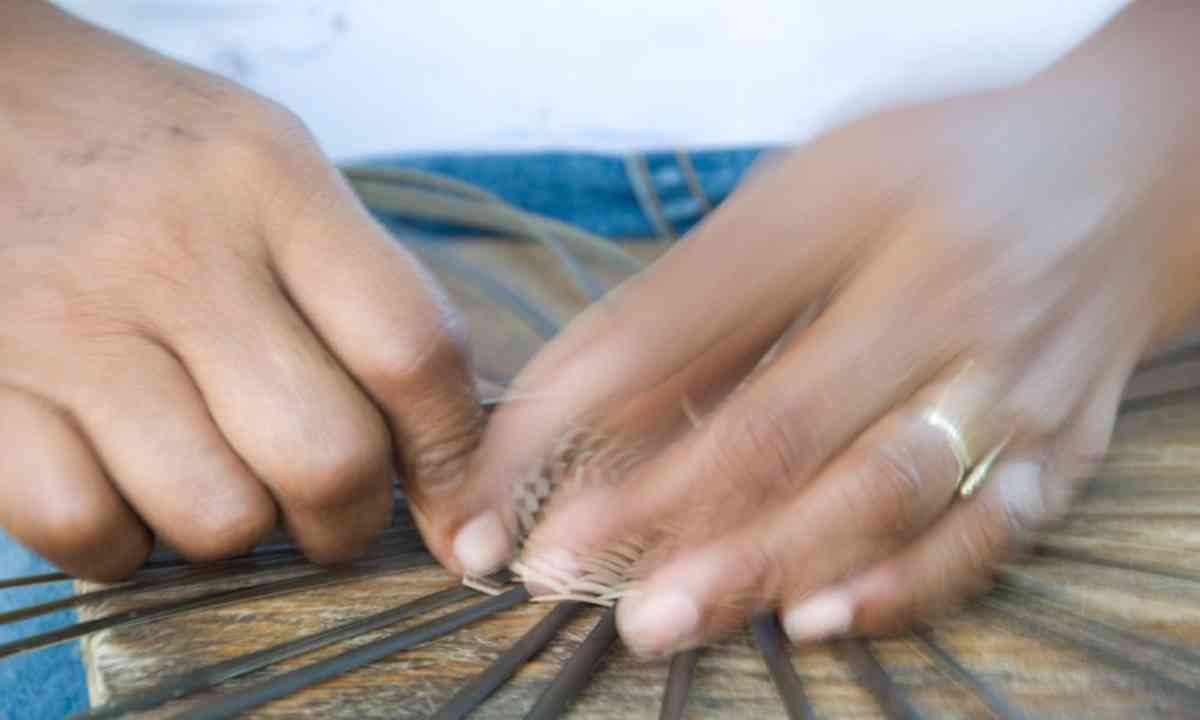 Every island in the Lesser Antilles, the long chain of little islands tailing down from Cuba to the north coast of South America, is known for something. Dominica is nicknamed “the nature island”. It’s a rugged, sparsely populated place famed for its forests and waterfalls and for the fact that it’s the sole island in the Caribbean that’s still home to a sizeable community of the 'Carib' Indians who ran these islands’ before Columbus turned up.

The home territory of the 3000-odd indigenous people here who call themselves Kalinago (not Carib) here, until recently, wasn’t much visited by outsiders here. But now the community’s enterprising leaders have sought to set up an excellent 'model village', and interpretive site, overlooking Dominica’s wild eastern coast.

It’s perhaps the best place anywhere in the Caribbean to learn about and imagine what life was life was like here before that Admiral from Genoa bumped into a group of islands that he dubbed “the most beautiful that human eyes have ever seen” and whose beauty and painful history alike, ever since, have fired the world’s imagination.

Joshua Jelly-Schapiro’s latest travelogue, Island People (Canongate), saw him travel from Cuba to Jamaica, Puerto Rico to Trinidad, Haiti to Barbados,and islands in between. You can order your copy on Amazon now.