5 unique things to do in Indonesia

Take tea with a corpse, mine for sulphur or stay with forest nomads. Elizabeth Pisani reveals how to get the most from your Indonesian adventure 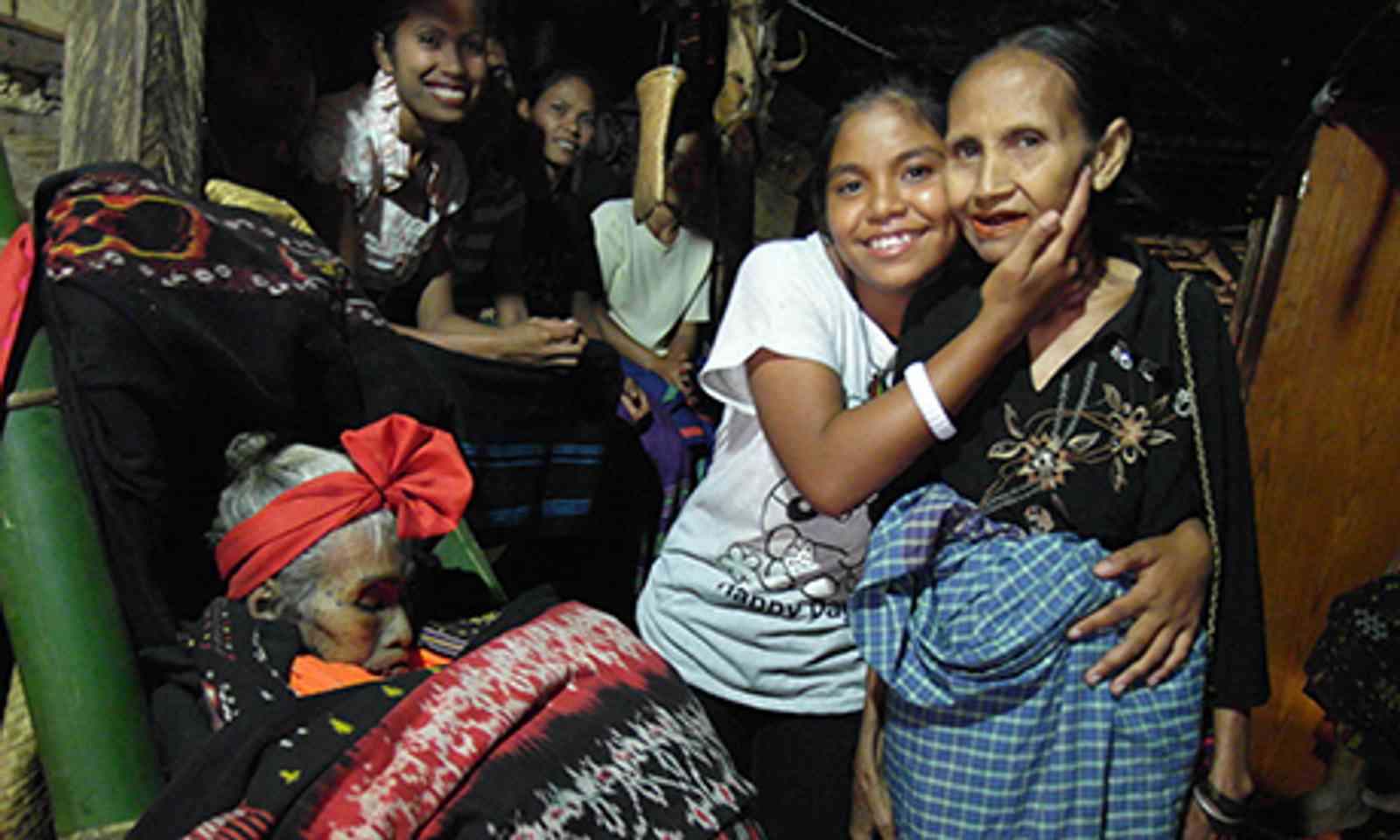 1. Take tea with a corpse

In cultures where passing over to the ancestors is a cause for celebration, funerals can be very grand affairs. A handful of Indonesia's 300+ ethnic groups celebrate the death of their loved ones with ritual sacrifice lasting several days. In Toraja, in the highlands of Sulawesi, whole villages are built just for the funeral and dozens of buffalo will be slaughtered.

In the south-eastern island of Sumba, the dead person sits in a specially-built bamboo chair in their own house and hosts the guests from there. They provide pork, rice and endless cups of tea and coffee every day for at least a week; on the final day horses and buffalos are killed and skinned in the village centre. When the feasting is done, the host is bundled into a megalithic tomb along with the other ancestors. 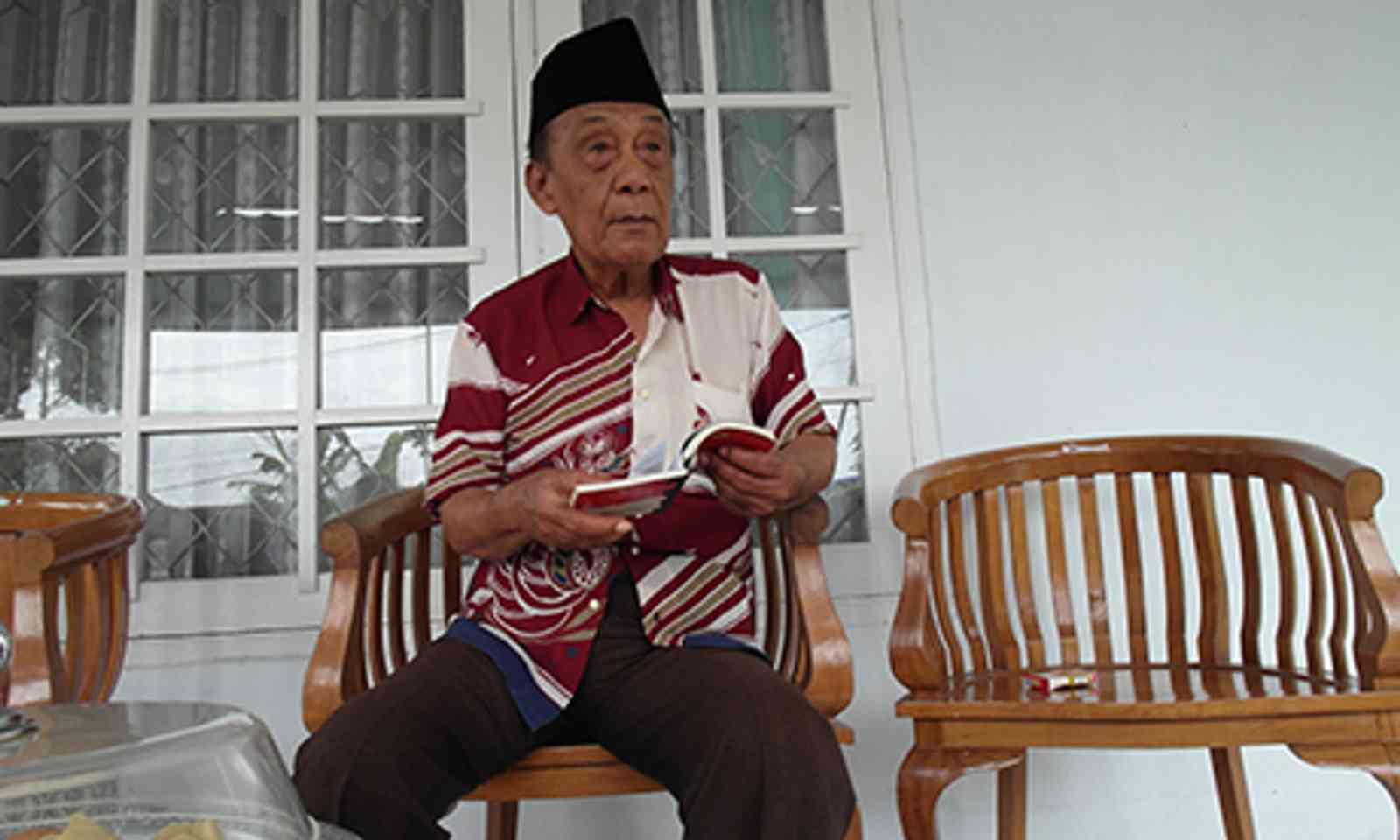 2. Take tea with a Sultan

Modern Indonesia is made up of around 7,000 inhabited islands. The princes and sultans that once ruled the islands were co-opted by Dutch colonists, who ruled through them. After independence, Indonesia's nationalist government allowed all but two of the sultanates to die out. Now, though, they are being revived. Around the country, Sultans' palaces are being revived and the title is being claimed by descendants of former rulers. At a pan-Indonesia festival of sultanates held in 2012, 120 'rulers' showed up.

The festival was held in Bau-Bau, in the formerly glorious seafaring Sultanate of Buton, home to the most impressive indigenous fort in the nation. The newly-reinstated Sultan, however, lives in a small bungalow downtown. When I rocked up unannounced on his verandah, he kindly served me tea and cakes. 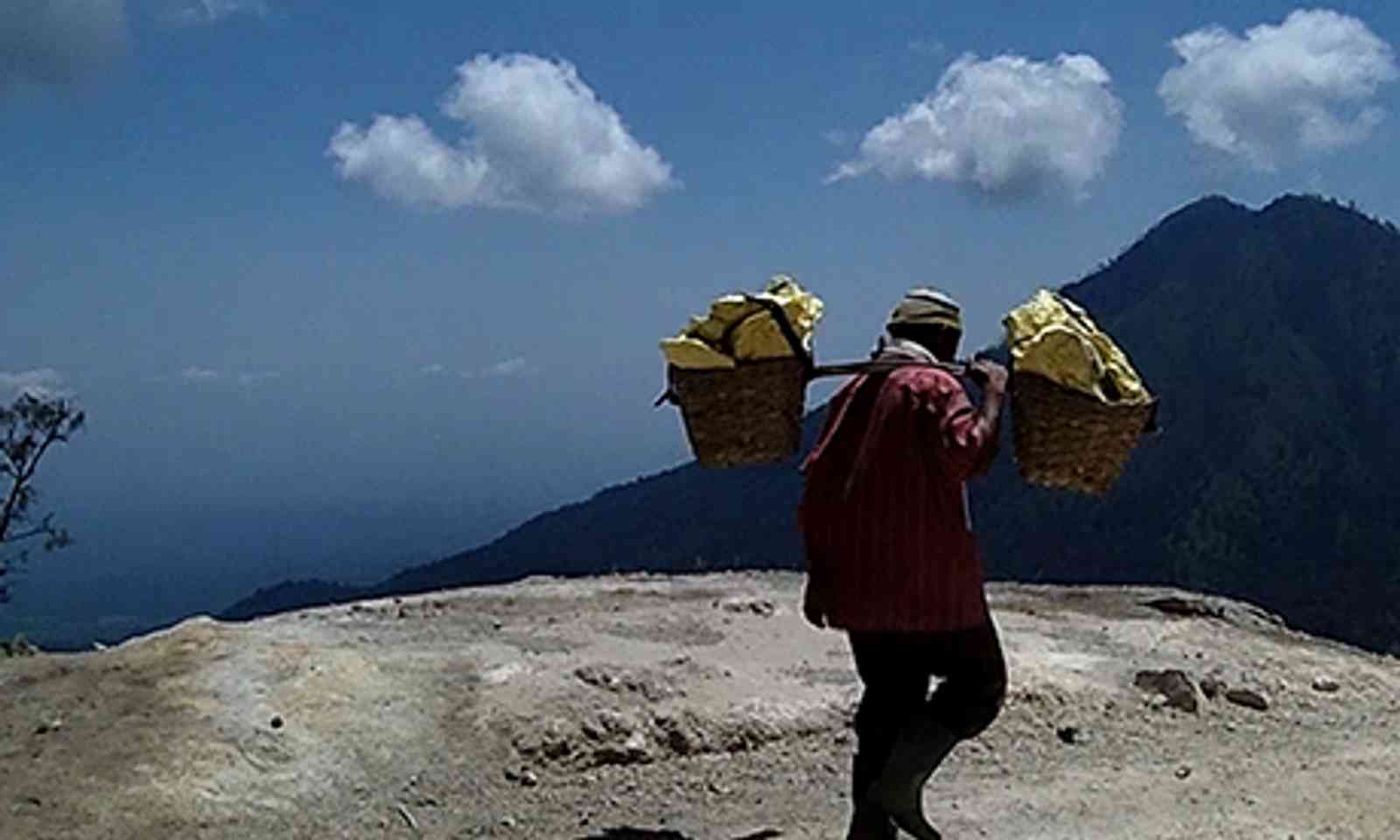 3. Mine sulphur in a volcano

Nick-named the Ring of Fire, Indonesia is home to 127 active volcanoes. One is graced with multi-coloured lakes, several pump out geothermal energy, and the Ijen volcano in East Java is one of the world's largest natural sulphur mines.

If you scramble down into the crater at night (strictly forbidden, of course) you'll see blue flames leaping out of the mountain-side. In the daylight these disappear, but the heat remains intense. At the bottom of the crater, miners chip chunks of sulphur off the ground. They load up to 90 kilos of the stinking mineral into paired baskets, sling these over their shoulders, and schlep them back up the crater. If you don't mind the rotten-egg smell (and breaking the rules) you can join them. You won't need special equipment; most of the mining is done with bare hands. 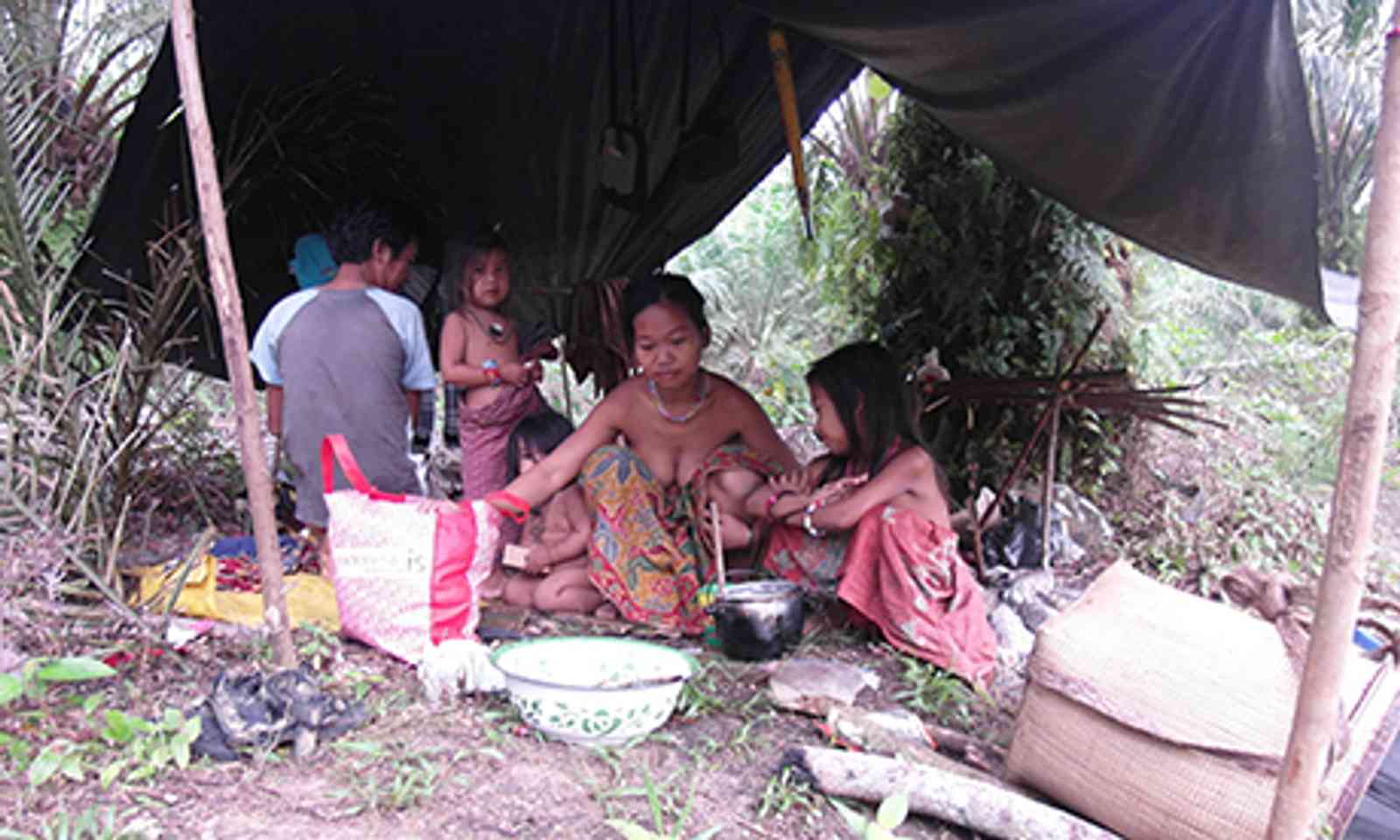 Many of Indonesia's forest-dwelling tribes have traditionally been nomadic; they cut patches of forest, burn off the wood to provide fertiliser, plant the plot and farm it for a couple of years, then move on when it becomes less fertile.

Decades of logging for plywood and plantation land has shrunk Indonesia's forests dramatically, but in some parts of the country, small communities of nomads continue to live more or less traditionally. One such group is the Orang Rimba, who live in what is left of the Bukit Duabelas national park in Jambi province, Sumatra. If you find them, they'll help you build a forest shelter for the night. 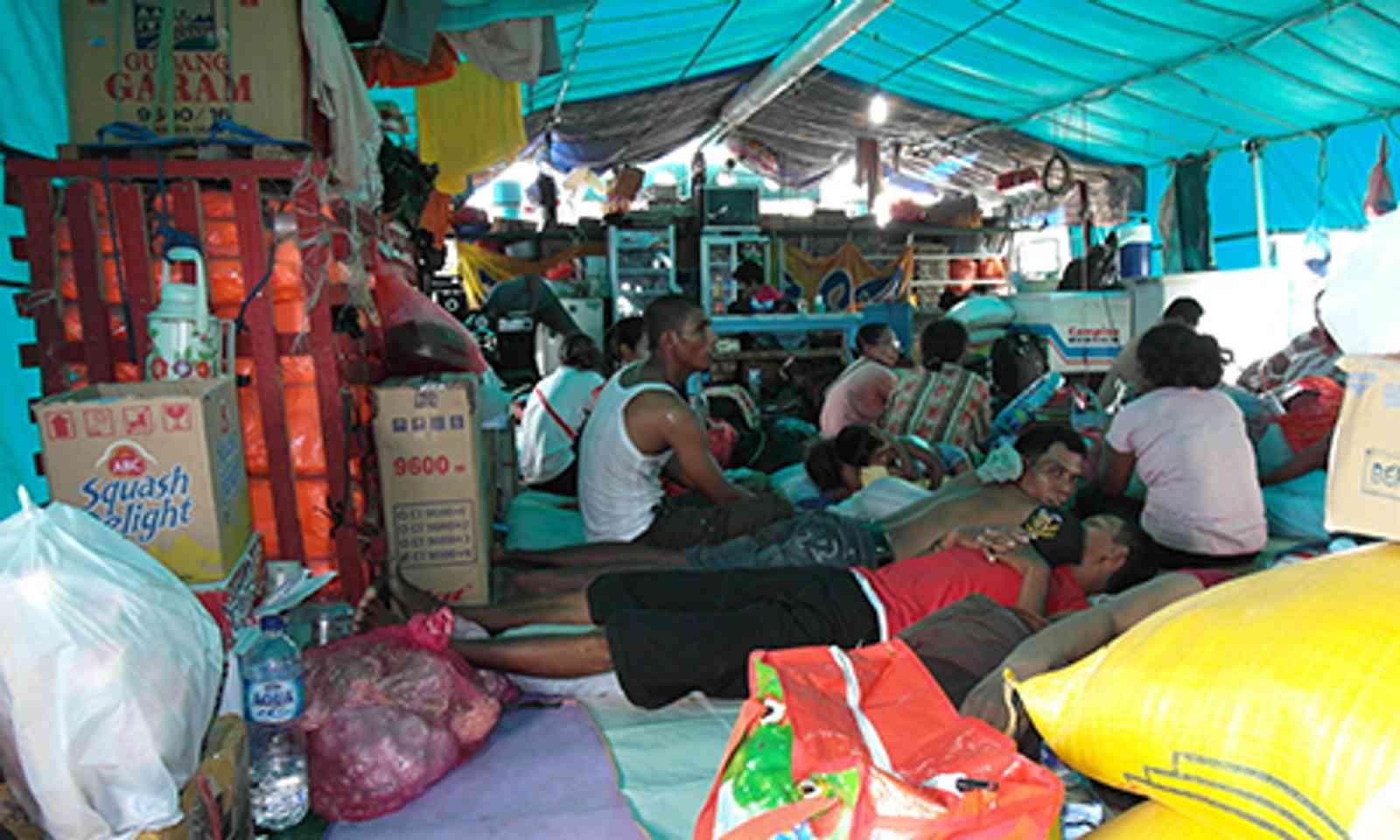 A chain of islands that stretches the same distance from London to Tehran: that makes for a lot of boat travel. PELNI lines provide passenger ferries with first and second class cabins and a restaurant. To get to the smaller islands, however, you will probably have to take a cargo ship.

Space on deck is at a premium, so you may have to fight to find somewhere to lay down your sleeping mat. With time, you'll get used to choosing a space: you'll want to find somewhere not too close to the blaring karaoke machine but away from the squealing pigs, too. Avoid holes in the tarp overhead, which are inconvenient in rain storms, but try to secure access to the prow, because at dusk you'll want to go out and watch the dolphins play around the boat. Be warned: the deck gets taken up at every stop, so you'll have to secure your real-estate several times during an average journey of three to five days.

Elizabeth Pisani first worked in Indonesia 25 years ago as a
foreign correspondent. In 2011 she set out to rediscover its enduring
attraction. She travelled for over a year, covering 13,000 miles, dropping in on local potentates and staying with farmers and fishermen, and nomads and nurses, often on islands too small to appear on a map.

The result is her latest book, Indonesia Etc: Exploring the Improbable Nation, which is available on Amazon now.