5 super-cheap things to do in St Petersburg

Meraid Griffin discovers that a visit to Russia's cultural capital doesn't need to cost the earth. Here are five tips to make your roubles go further 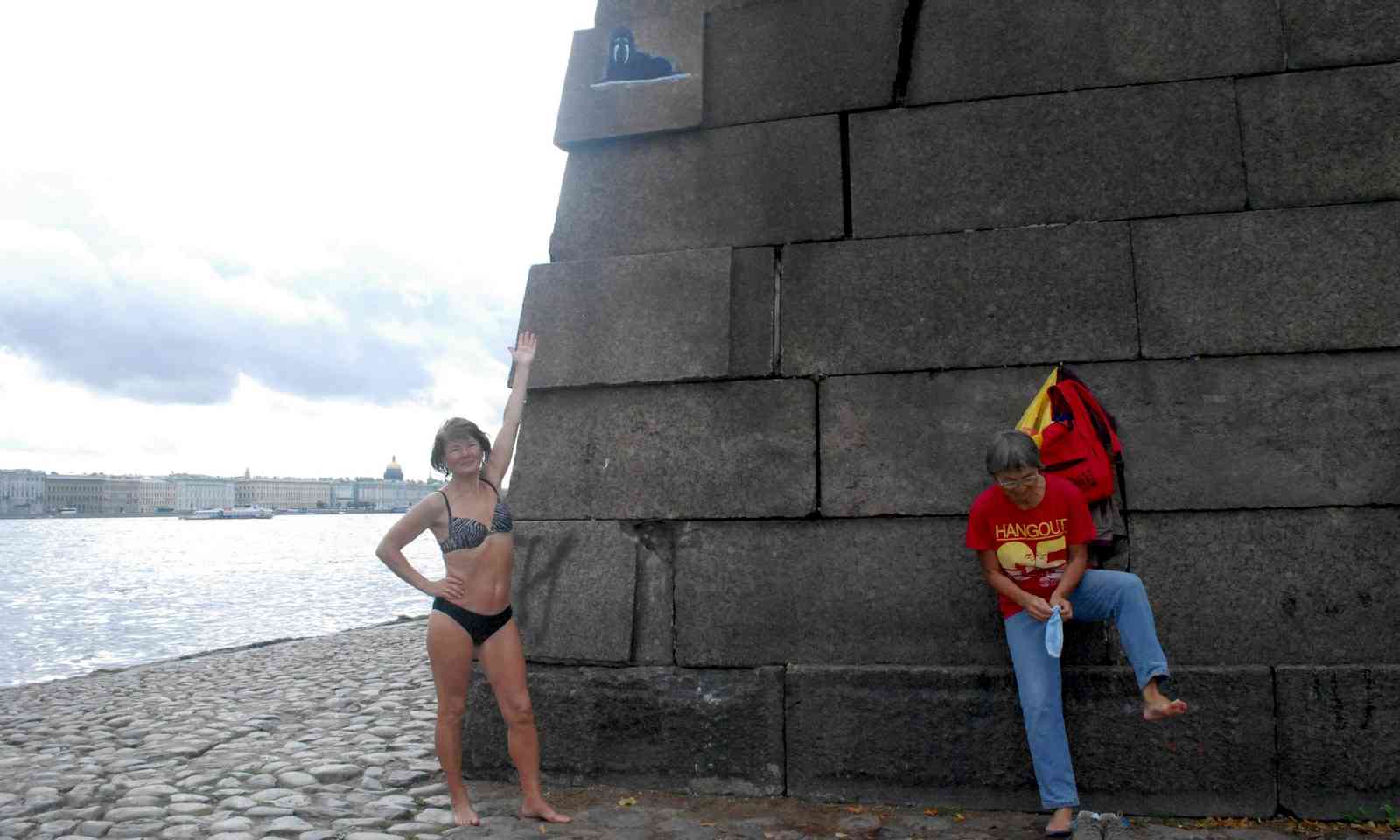 Not the tusked, hairy-chinned creatures. St Petersburg’s walruses are something entirely different. Members of the Walrus Club gather outside the walls of the Peter and Paul Fortress to swim in the River Neva.

One lady told me that the best time to swim was in the winter, when they have to cut into the ice. She offered her towel for me to dry off if I wanted to swim. I looked up at the mural of a blue walrus, wrapped my scarf tighter and said, ‘Brr,’ adding a fake shiver for effect.

Even in the depth of winter, when temperatures plummet to -25 and below, the Walruses come to immerse themselves in the icy waters. Nobody wears wetsuits, in fact some jump in wearing only their birthday suits. 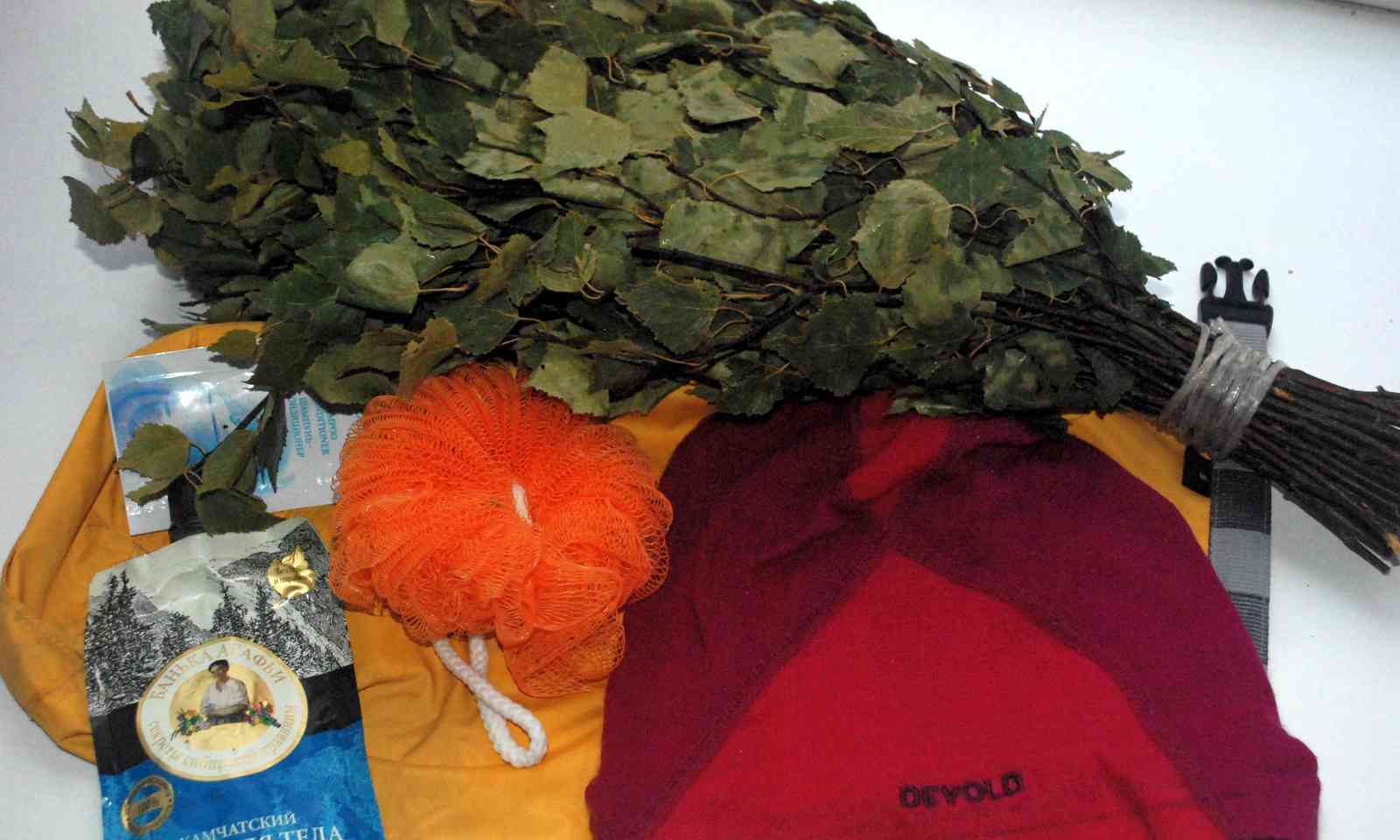 Bath houses have been a part of Russia’s culture for hundreds of years. Older-style traditional banyas are rapidly being replaced by modern versions with all the luxuries you’d expect in a swanky spa.

I went to the Yamskie Bath House. It boasts Lenin and Dostoevsky as past patrons and is located on the aptly named Dostoyevsky Street. I chose the cheapest simplest option and found myself in the austere surroundings of a soviet era public bath house – simple lockers without locks, a communal changing room, and naked Russians wandering about with dried bunches of twigs (veniki).

As for the protocol, I had no idea, so took my lead from the other women before stripping off and donning my woollen hat. Then I joined in the ritual of washing, steaming, spanking myself with birch twigs before climbing a ladder to the top of a concrete cube and plunging into bracing cold water, ready to repeat the process.

I felt a bit like a Russian doll afterwards, as if I’d revealed a newer fresher me, with silky soft skin. 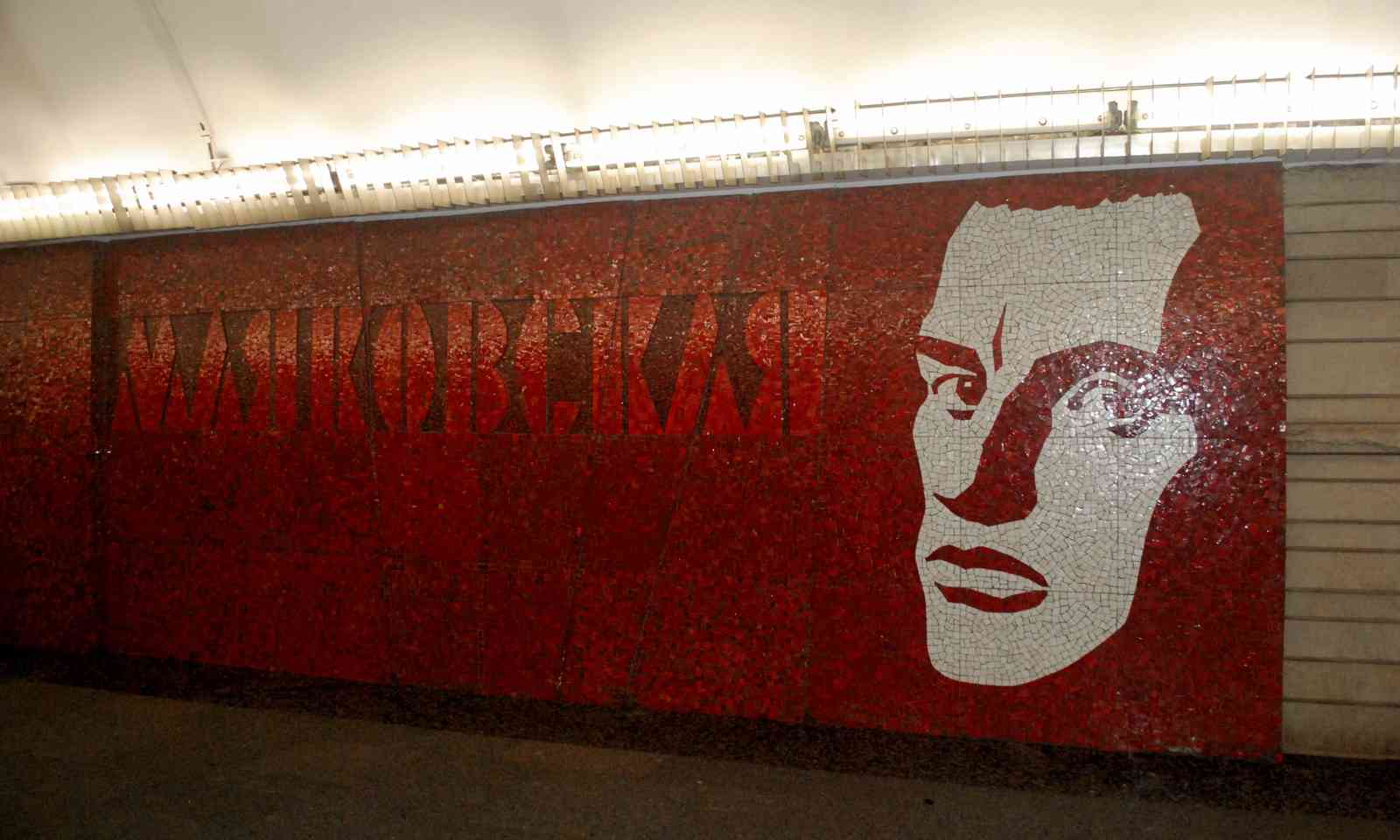 St Petersburg’s underground rail service, the Metro, is a hidden gem. For the price of a single token (31 ruble), you can stay below ground all day and explore every station.

Opened in 1955, the trains carry 2.5 million passengers each day along a system of tunnels 100m below the earth’s surface. Even if you suffer from vertigo, the ride down a single escalator is worth it. Platforms walls are clad in marble and chandeliers hang from the ceilings. Each station has décor you’d expect in a gallery, museum or even a palace. There are mosaic murals, bronze sculptures and stained glass panels. Each station tells a different story and is a snapshot of a different period in time.

It’s easy to navigate the Metro; signs are in English and Russian and maps are available for free.

If you want to see the stations' art work at their best, avoid rush hours 8-10am and 6-8pm. 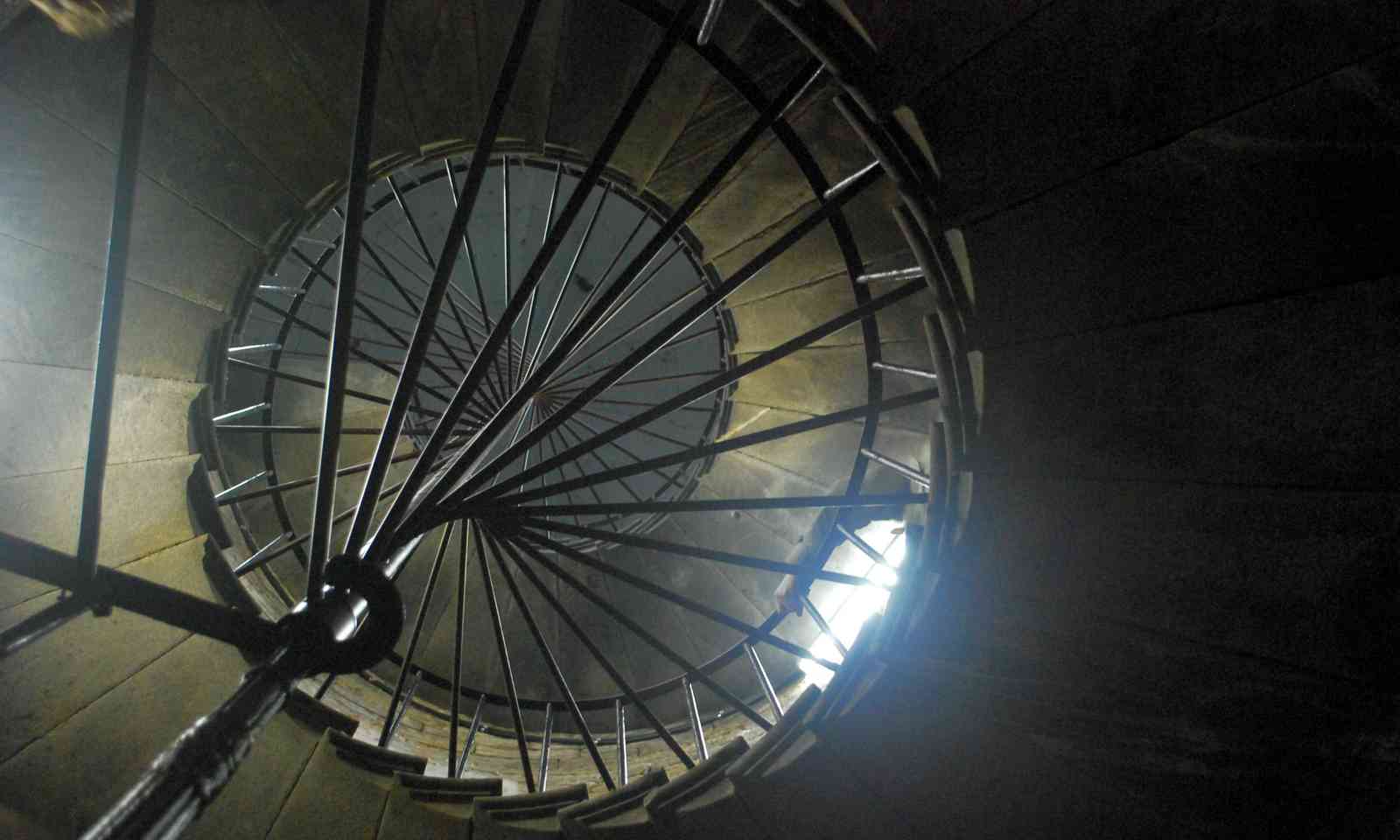 4. Climb to the top of St Isaac's Cathedral

A spiral staircase leads to the Colonnade of St Isaac’s Cathedral and the viewing gallery. There are 226 steps to the viewing gallery, numbered to motivate you as you reach the top. It’s worth the breathtaking climb for views across the city.

The path goes all the way around the dome allowing 360 degree views of the city’s rooftops, canals and rivers. You can also catch a sneaky peek of the magnificent interior of the Cathedral without paying a separate admission charge.

Bring ear plugs if you’re sensitive to noise – the bells are loud. 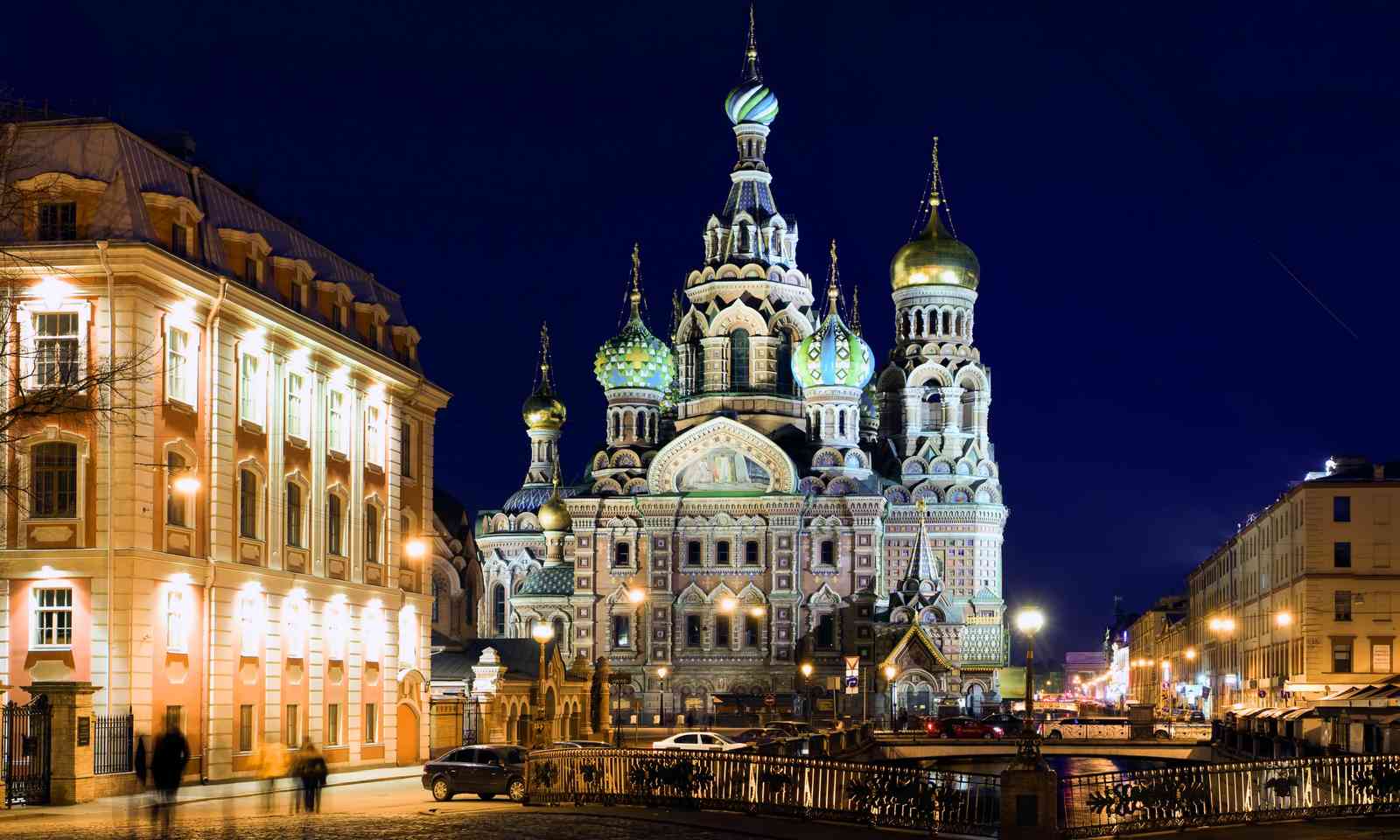 5. Spend a night on the tiles

Roofing is a thing in St Petersburg. Locals have been enjoying it for years. Now a number of small companies offer trips across the rooftops.

My roofing experience came after meeting a local called Boris (name has been changed to protect his identity) at the Hat Jazz Club. He invited me and my partner to his top floor artist’s studio where we could drink beer on the roof. All I could say was, ‘Wow’.

Boris had a voice so deep, my chest vibrated when he spoke. He was tall, well-built and his English was excellent. His studio was on the sixth floor. A painting of Lenin hung above the toilet. Boris showed us photographs of his time in the Spetsnaz (Russian special forces), then he played guitar. He sang a Russian ballad that sounded so sad I almost cried. Next we followed him into the attic space and scrambled up some steps, passed through a small door and climbed onto the roof.

I expected a flat terrace with somewhere to sit, and drink more beer. What I found was a sloped roof covered in metal sheeting. A knee high rickety railing was all that was between me and death. As I inched towards the edge to get a picture, I felt the alcohol’s effects. Slowly but surely, I made it back to the safety of the attic.

Cost: Free if you're invited by a local.