Venice’s 5 secret islands and why you should visit them

With Venice announcing plans to charge admission to the city’s historical centre, author Philip Gwynne Jones reveals five islands within the lagoon that are just as intriguing, but without the crowds 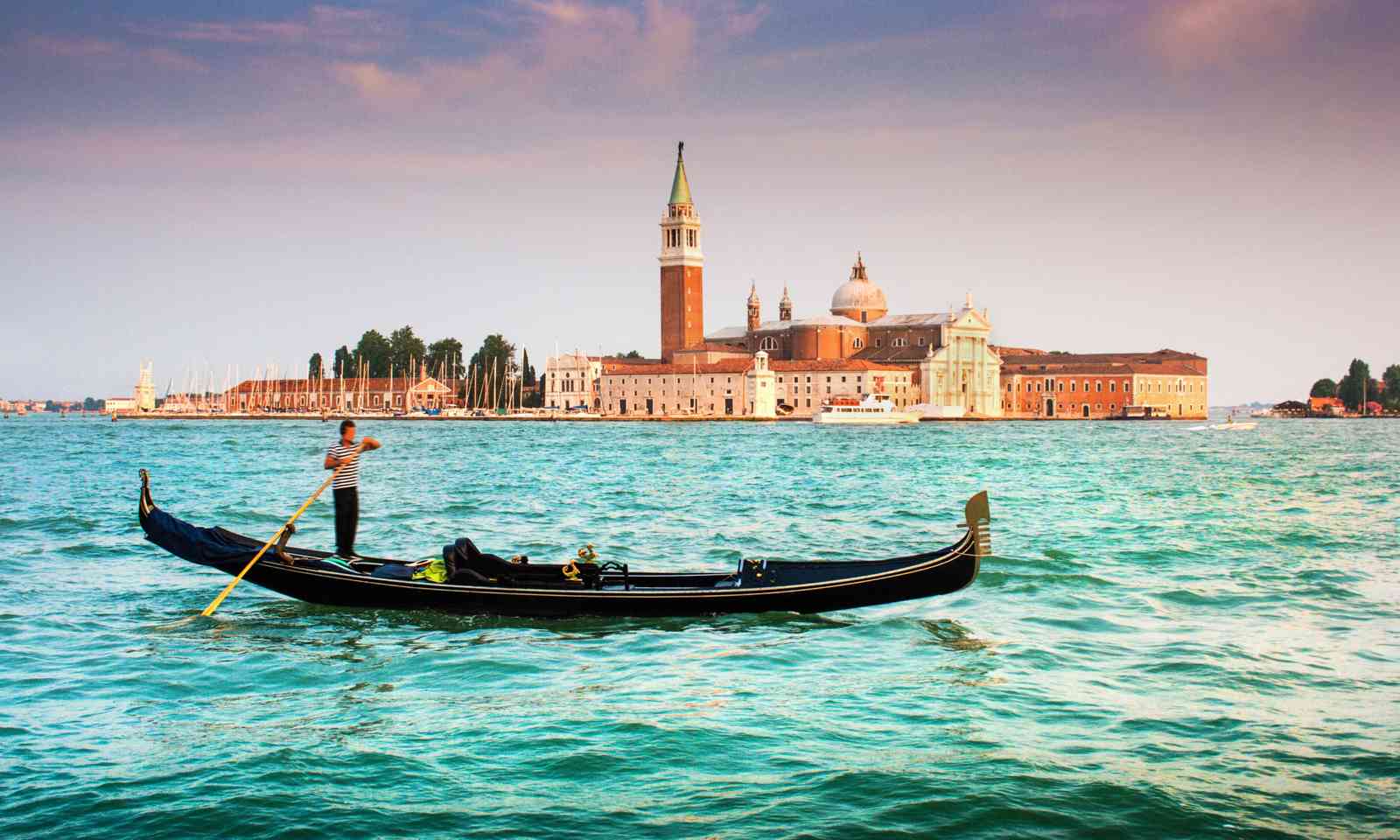 The easiest of the islands to reach, San Giorgio Maggiore is dominated by the Benedictine monastery and Andrea Palladio's basilica. Two fine works by Tintoretto can be found here, ‘The Fall of Manna’ and a sepulchral Last Supper.

Take the lift to the top of the bell tower. The views from here are spectacular, every bit the equal of those from the more famous campanile in Piazza San Marco, and, crucially, you will not feel yourself hemmed in by huge groups of visitors.

The island also hosts occasional outdoor theatre productions at the Teatro Verde, and the exhibitions of glass at Le Stanze del Vetro will give you a better impression of how glasswork can be raised to the level of art than the tourist shops do. 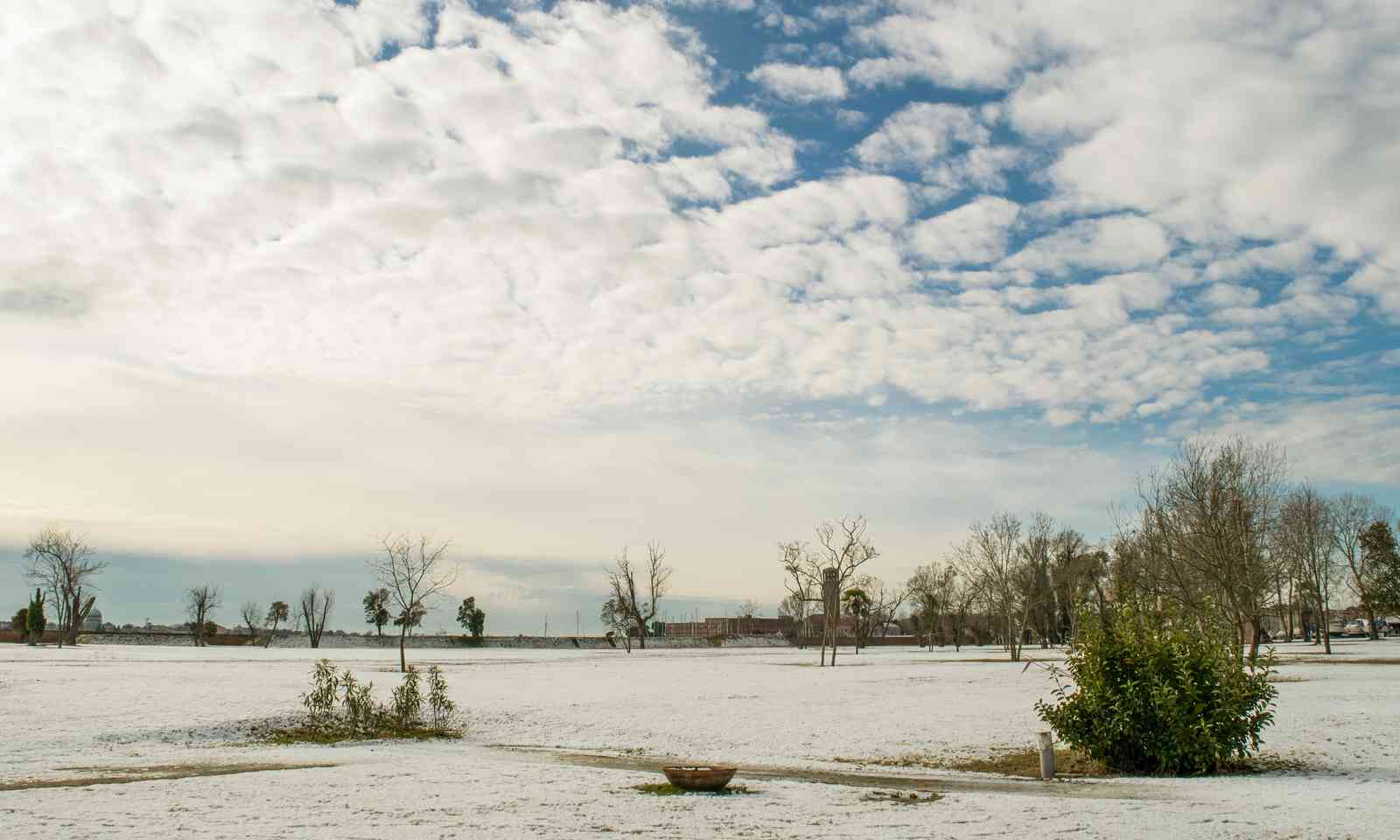 Like many of the smaller islands, Certosa hosted a monastery for centuries, initially for the Augustinians and then the Carthusians. It was turned to military purposes during the Napoleonic/Austrian period, then fell into disuse and only started to be reclaimed during the late twentieth century. Plans for regeneration were further disrupted by the beating the island took from the 2012 tornado.

Happily, Certosa has now recovered. Over twenty hectares of parkland make it a little oasis of calm and a refuge from the crowds on the main islands. Nobody lives here except for a colony of wild goats, and the inhabitants and staff of a small hotel (which can organise kayaking and sailing activities). It's a perfect place for a stroll or a picnic in one of the very few open green spaces in the city. 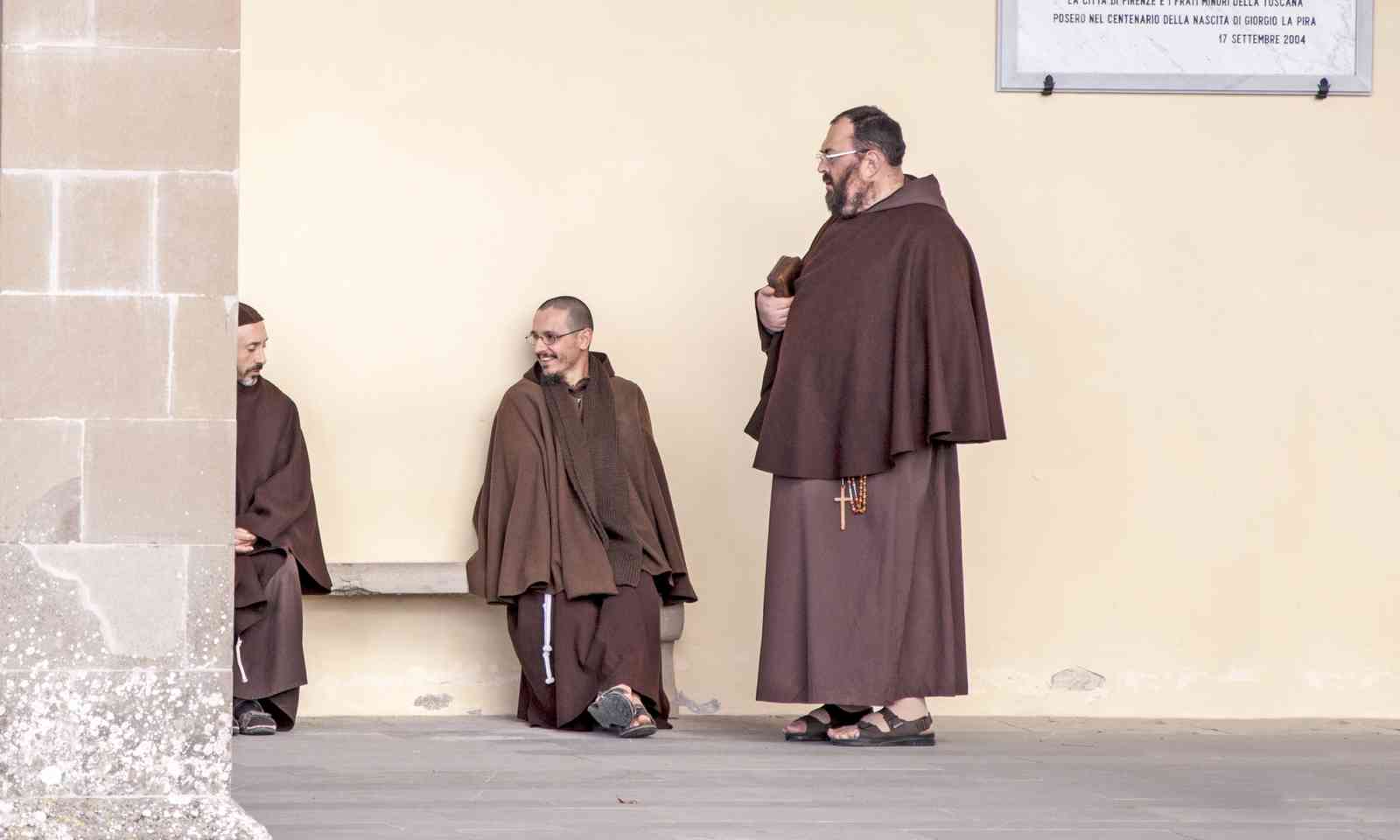 This is one of the more remote islands, and not the easiest place to reach. You'll need to arrange passage by private boat from Burano (which should cost you around ten euros) and to arrange a tour with one of the Franciscan friars on the island.

They say the convent was founded in 1220, after a visit by St Francis following his return from the Holy Land, making this the northernmost Franciscan outpost in Italy, and the second to be established after his monastery at Assisi. Despite the best efforts of malaria outbreaks and Napoleon Bonaparte, the Franciscans have maintained an almost uninterrupted presence here ever since.

It's a lovely place, and as peaceful as one could wish. The convent itself underwent restoration in the mid-twentieth century, removing previous work that was not felt to be in keeping with the Franciscan ethos.

There is no great art to be discovered here, but that's not the point. The central feature of the main chapel is a bare, illuminated cross in a space devoid of decoration. On San Francesco del Deserto, simplicity and meditative beauty are everything.

The frati are happy to welcome visitors, and spiritual retreats are available for those who feel inspired to stay longer. 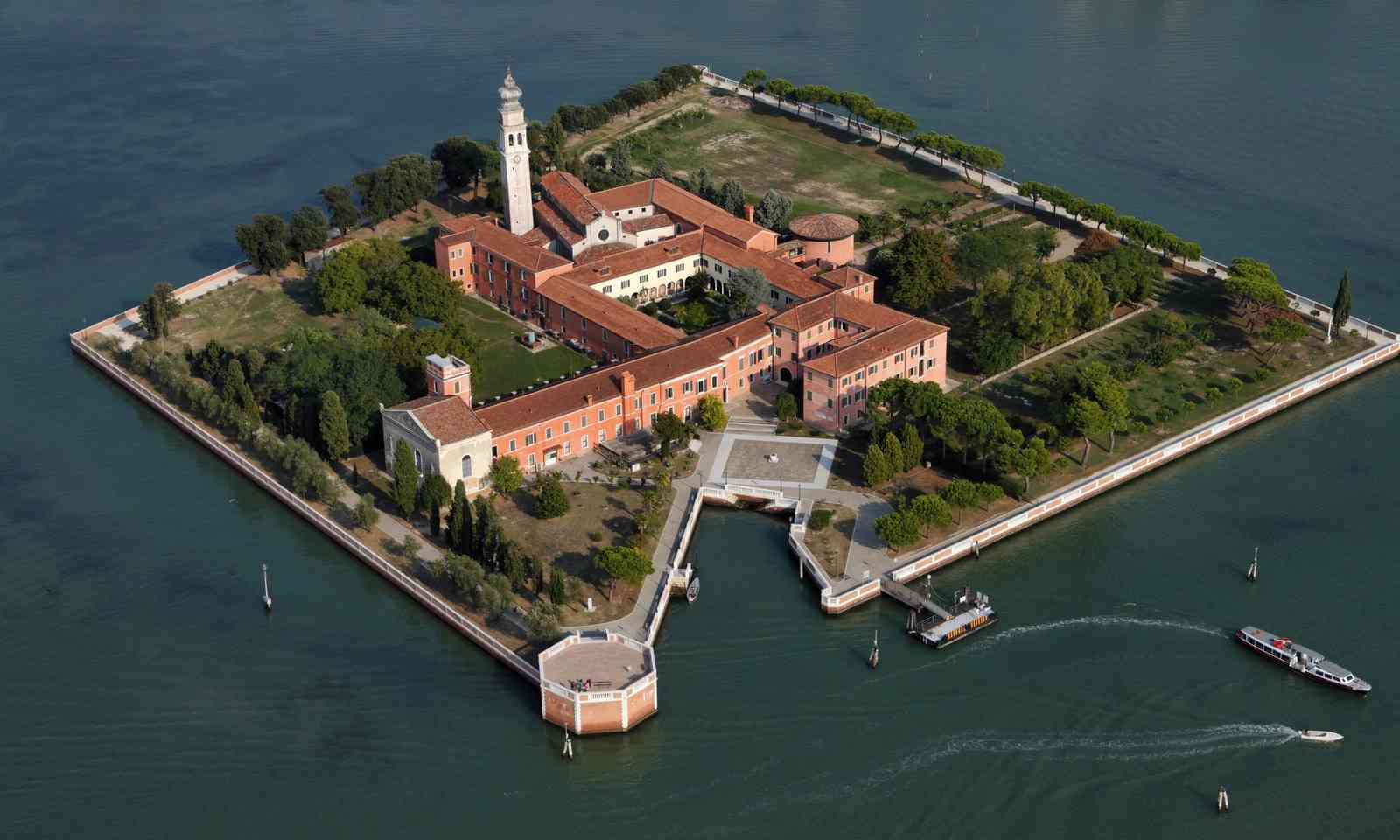 This Armenian-Catholic monastery, built on the grounds of an abandoned leper colony, was gifted to the Mekhitarist order in 1717. One of the world's great centres of Armenian culture and learning, it is still a working community, so it isn't possible to walk around by yourself. Guided tours, at the time of writing, take place once a day at 15.25, and the monks who take you around are as engaging and knowledgeable as you might expect.

The church, in particular, is an absolute jewel of a space and, on a less exalted level, if you're visiting from May onwards, do buy a jar of the monks' rose petal jam as a souvenir. It's absolutely delicious with cheese.

Lord Byron was enamoured of both San Lazzaro and Armenian culture, and spent much of 1816 here, compiling an Armenian-English dictionary and grammar. Legend holds that he would occasionally swim out to the island via the Grand Canal. You may find it easier to take the vaporetto from San Zaccaria. 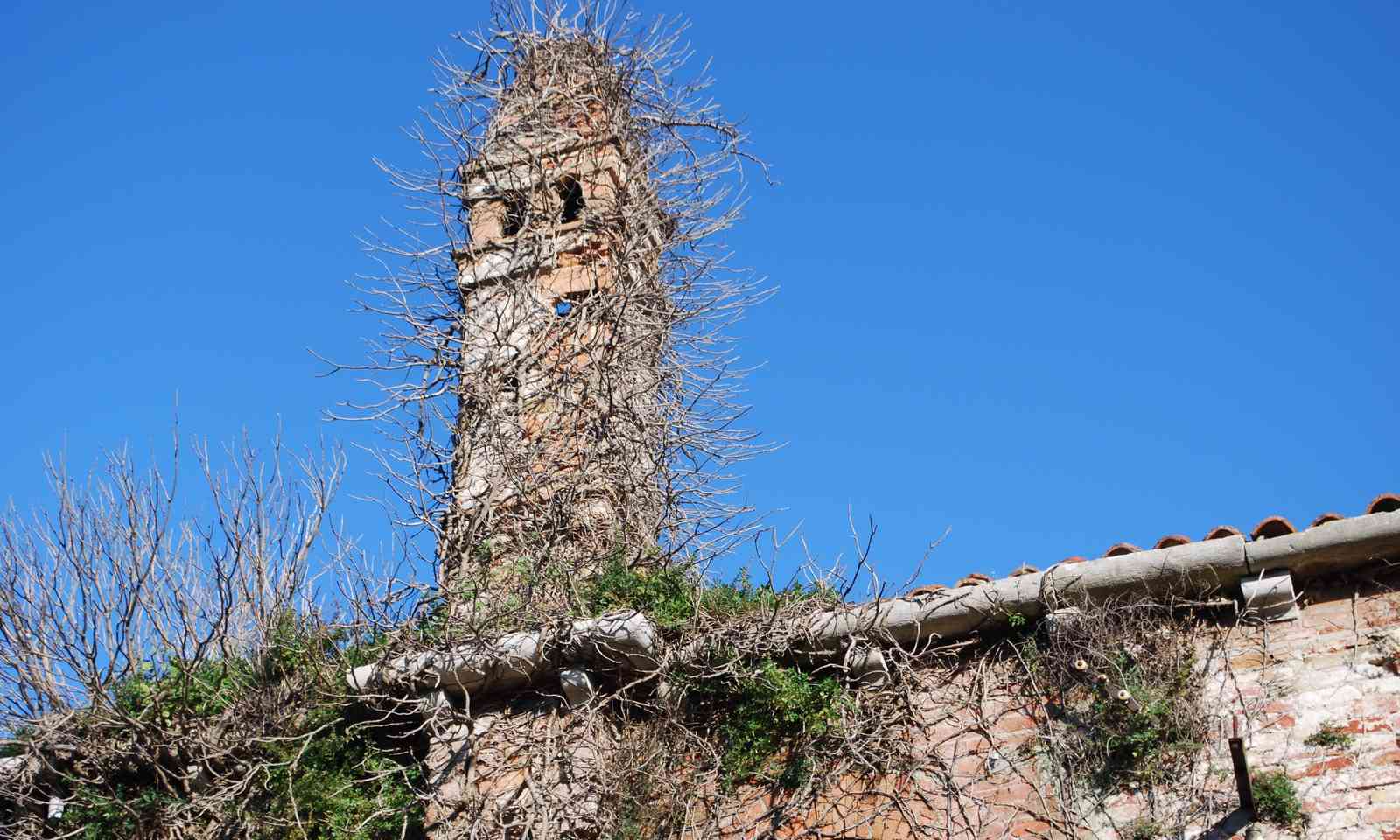 Lazzaretto Vecchio has served many purposes in its long history. During the Napoleonic period it functioned, as so many other islands did, as a gunpowder magazine (Bonaparte might have wanted to be "an Attila to the state of Venice", but even he baulked at the idea of building high explosive storage facilities in the centre of a densely populated city).

From 1468, it served as a quarantine station. Then, during the great plague of 1576/77, it served as the house of last resort. If you were diagnosed with la morte nera, you would be brought here in order to isolate you. This island would be the last thing you would ever see and you would, as likely as not, be dead within a week.

Death might be the great leveller, but money could still buy you a few privileges in the run-up. The remains can be seen of what might be called an executive wing, reserved for those with the wherewithal to pass their last days on Earth in slightly greater comfort.

Graffiti still survives from the earliest residents. On one section of wall, one can just about make out the figure of an angel. There are other examples of a rather more earthly nature, at least one of which is spectacularly rude. I'm not going to describe it here, so you'll have to go there and see it yourself.

The island has since been used as a gunpowder magazine, military base and stray dogs' home (not all at the same time), and gradually fell into disuse and ruin, until restoration work began in 2004, during which the skeletons of over 1500 plague victims, in individual and mass graves, were recovered.

The island is now being maintained by the Archeoclub di Venezia. Trees and foliage have been cut back, a basic supply of running water has been restored, and there are hopes of making it more easily accessible by linking it to the Lido via a short bridge.

The ultimate aim is for it to become a museum. In the meantime, it is possible to visit the island via the Archaeoclub, from April to September.

Philip Gwynne Jones is a crime writer who lives and writes in Venice. His latest book, The Venetian Game, is published by Little, Brown and can be ordered on Amazon now.