With its rich cultural heritage, café culture and mountain backdrop, Prizren is Kosovo’s best kept secret. Here’s why you should visit and linger a while...

1: It has a stunning location 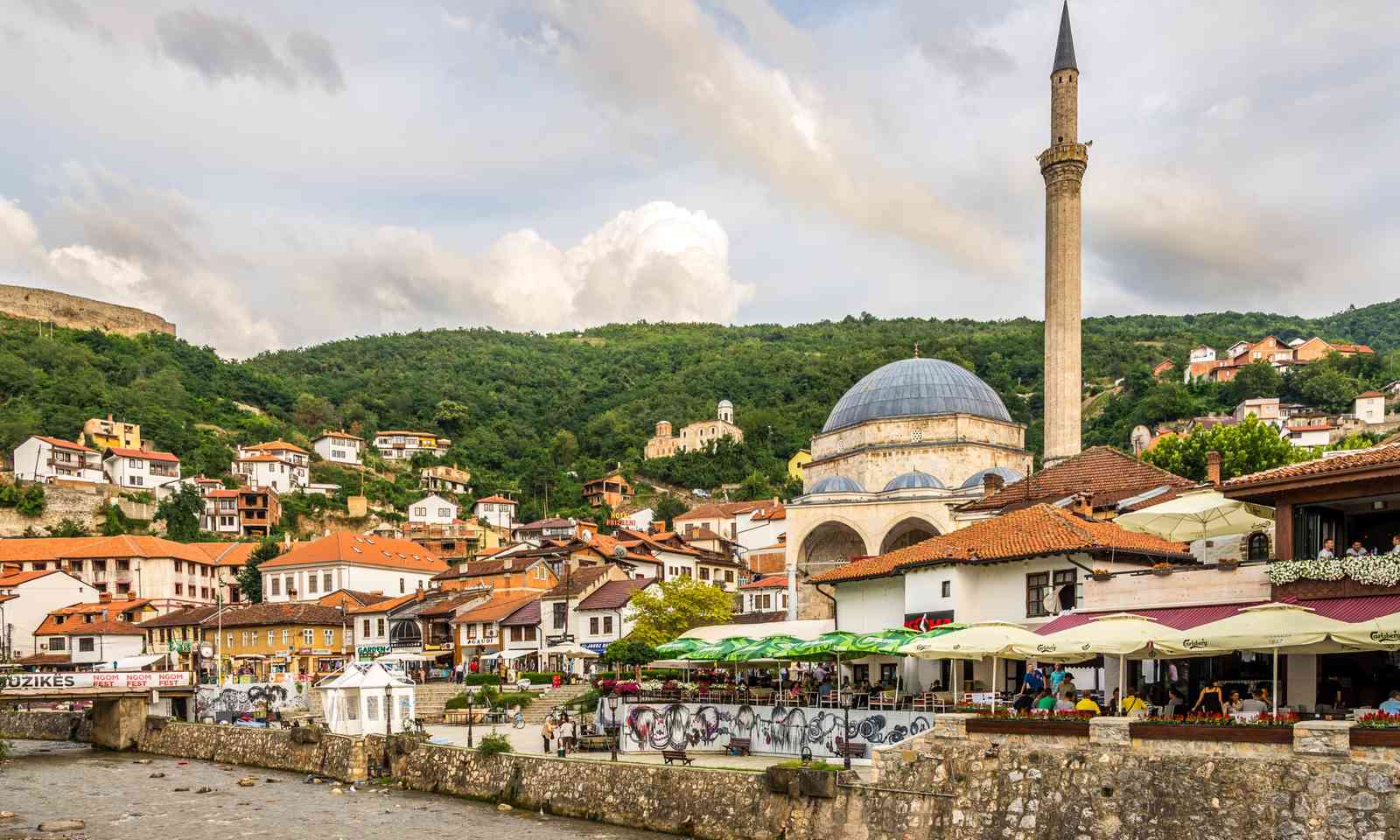 Nestled in a valley between the Sharr Mountains on one side and the ruins of a hilltop citadel on the other, Prizren is beautifully situated. Flowing through the heart of the city is the Lumbardhi (Bistrica) River, its fast-flowing waters skimming over a riverbed of boulders and under the many bridges that criss-cross the city.

From the citadel, the old town spills off the hillside to the cobbled Schadervan Square below, flanked by the iconic Sinan Pasha Mosque and the humpbacked Stone Bridge. With a heady mix of Ottoman and Byzantine architecture, the city deserves its alternative name: ‘The Museum under the Open Sky’.

2: It’s compact and easy to explore 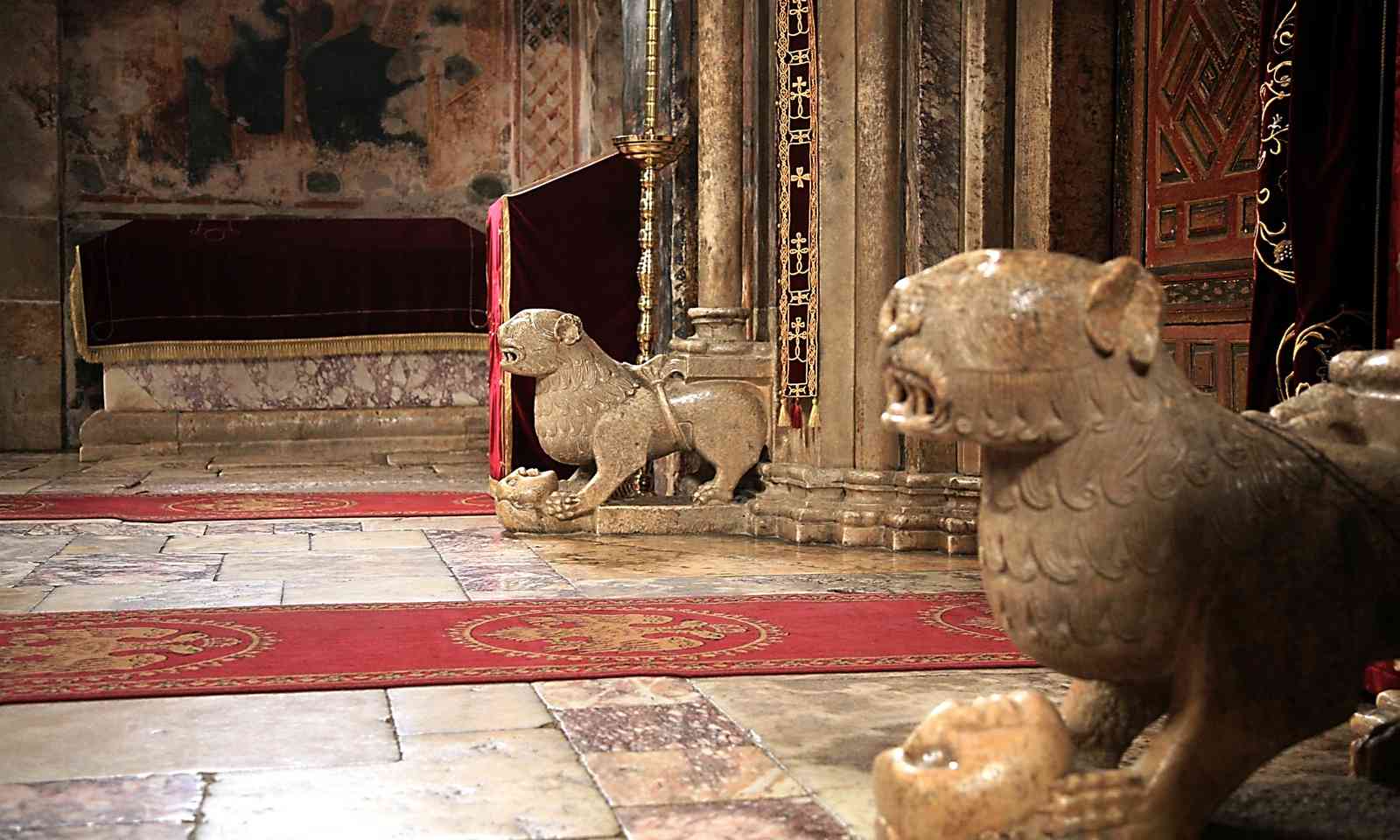 The best way to see Prizren is to take to the streets and wander at random. Head up the hillside, along rough paths of war-damaged houses and elegant Ottoman-styled mansions to the citadel ruins high above the town. Aim to be there for sunrise or sunset, when the city erupts with the call to prayer. Down below, mosque minarets sit cheek-to-jowl with the domes and towers of Orthodox and Catholic churches.

Historically, Prizren has been a meeting place of cultures and one of religious tolerance, which has sadly been tested in recent times by the Kosovo War.

It’s worth seeking permission to visit The Church of Our Lady of Ljeviš, a UNESCO World Heritage Site. Its fine frescos have now been partially restored after an arson attack in 2004. Check out the Church of our Lady of Perpetual Succour, a Catholic co-cathedral where it’s said Mother Theresa’s father was baptised.

If you have to choose just one mosque, visit the Sinan Pasha Mosque, rich in arabesque colour and pattern. And if you can fit in a second, combine a visit to the Prizren League House museum and the Bajrakli Mosque with its intricate blue-and-white paintings and wood carvings.

It’s the detail in the many fine buildings that vie for attention when wandering the streets, not least the crafted door handles, carved wood and ornate masonry of fountains. Don’t miss the Turkish Hamman and the Halveti Tekke, which is home to the Sufi mystics, an Islamic sub-group who indulge in cheek-piercings and dervish dancing.

3: The food is amazing 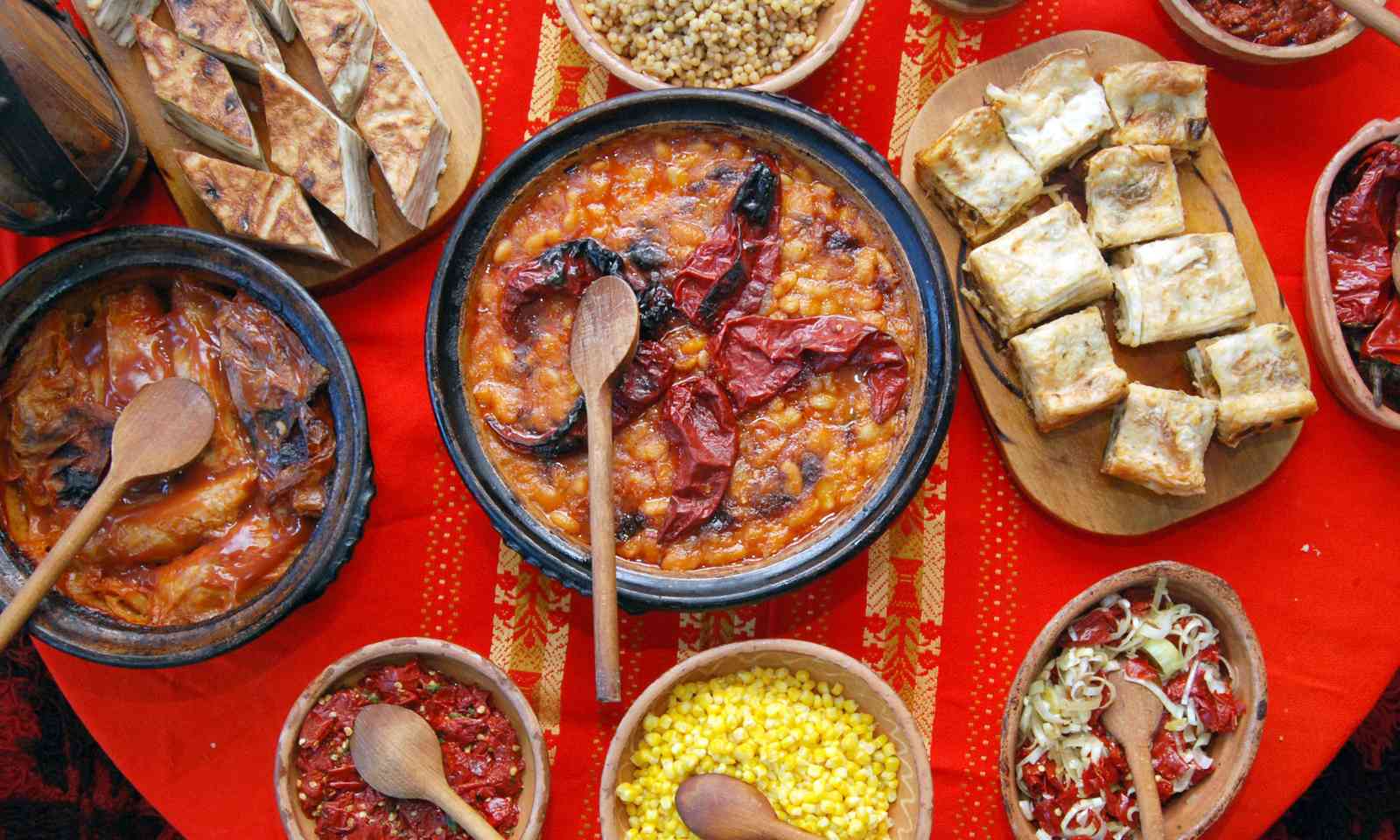 Tables spill from the many cafés that edge Schadervan Square and line the riverside. The devalued pound goes a long way in Prizren and you can pick up a tea, coffee or beer for around a euro, and a filling meal for not much more. Kosovars are masters of hospitality and their waiters are helpful, polite and friendly.

For something off-the-cuff, you can enjoy a beer while aiming your pistol at a cardboard target in the ‘Aim and Shoot’ Coffee Bar. Otherwise, head for Restaurant Vila 100 for fine cuisine.

Food is plentiful and good, not just in Prizren but also in the surrounding countryside. The Zhupa Valley is renowned for its fish restaurants, while the Hasi Region serves up deliciously rustic and filling mountain food.

Check out Restaurant Xheti near Gjonaj for its enormous breadboards of pastries – cheese burek, flija (creamy crepe), krelane (pumpkin pie), served with olives and ajvar – all served with ripe tomatoes, fresh cucumber and lettuce. And to finish, try a cup of macchiato espresso, strong and smooth.

If you hit the Hasi Region in the rakija-making session, the chances are you’ll be invited into someone’s backyard for a glass or two (or more) of their homegrown brew, along with nibbles and cheese.

4: Colourful festivals are a regular event 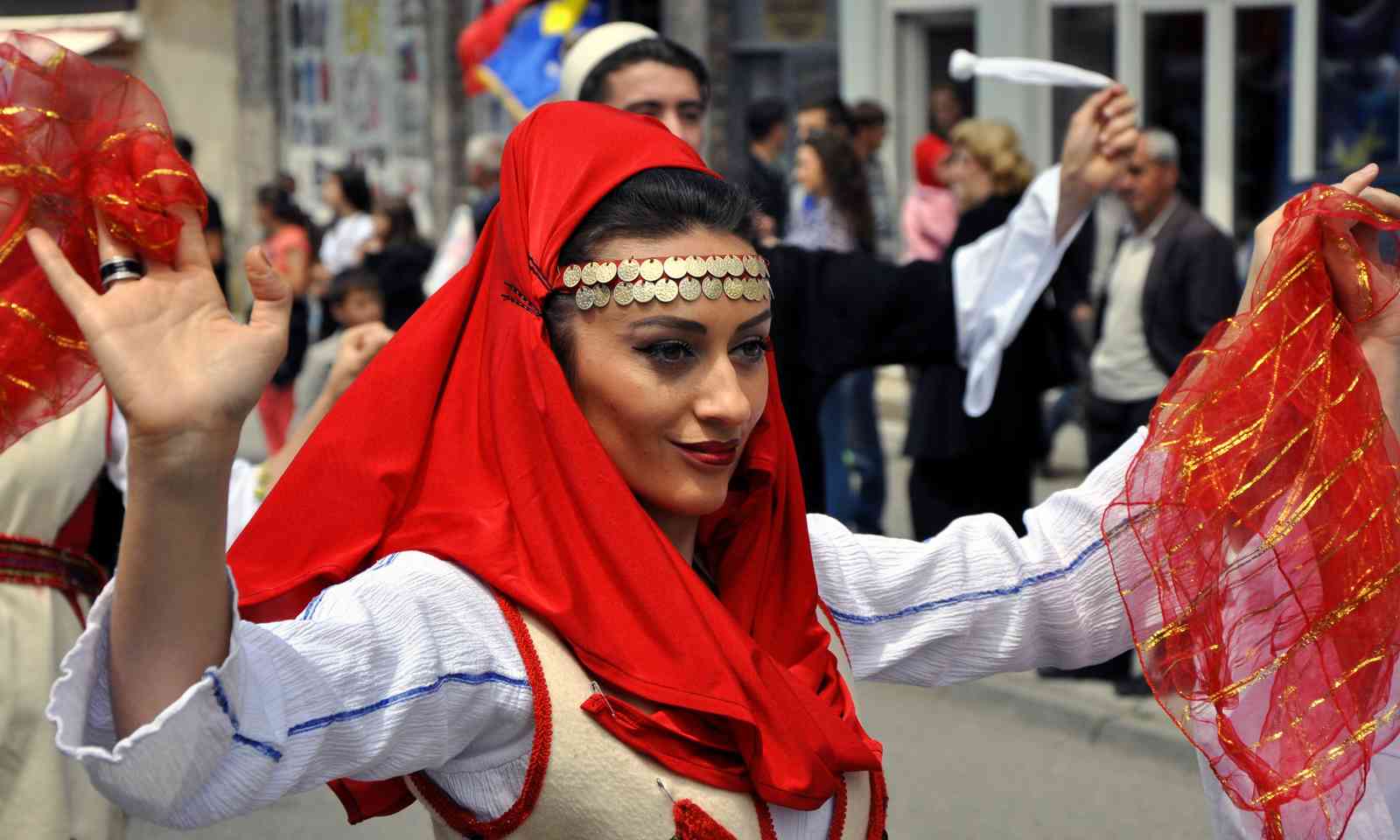 For a taste of traditional Kosovo, head to the May Hasi Jehon Festival in the hillside village of Gjonaj, near Prizren, which showcases the best of Kosovan folksong, dance and traditional costume. Or try the July Song Festival in town.

For those who prefer their music with a more modern twist, the NGOM Fest of pop and alternative music runs at the end of June. Culture lovers can also watch local artists in action around the city’s river at the Ura e Artit, as part of The Bridge of Art Festival in June, while the SculpFest takes place twice annually in February and September.

The second week in June hails the 40 Bunar Fest, when adrenalin junkies career down the River Lumbardhi, negotiating white water and jagged rocks on nothing more than a tyre. The equally quirky and delightful International Comics and Cartoons Festival runs in September.

Prizren’s biggest draw, however, is DokuFest, an international documentary and short film festival held in August, which organisers tout as a "collision of sound, image and people." There’s certainly a buzz in the city during the festival with its multiple venues, including the old Turkish Hamman, and atmospheric open air screenings beside the river and the Sinan Pasha Mosque or up on the fortress.

5: The great outdoors is never far away 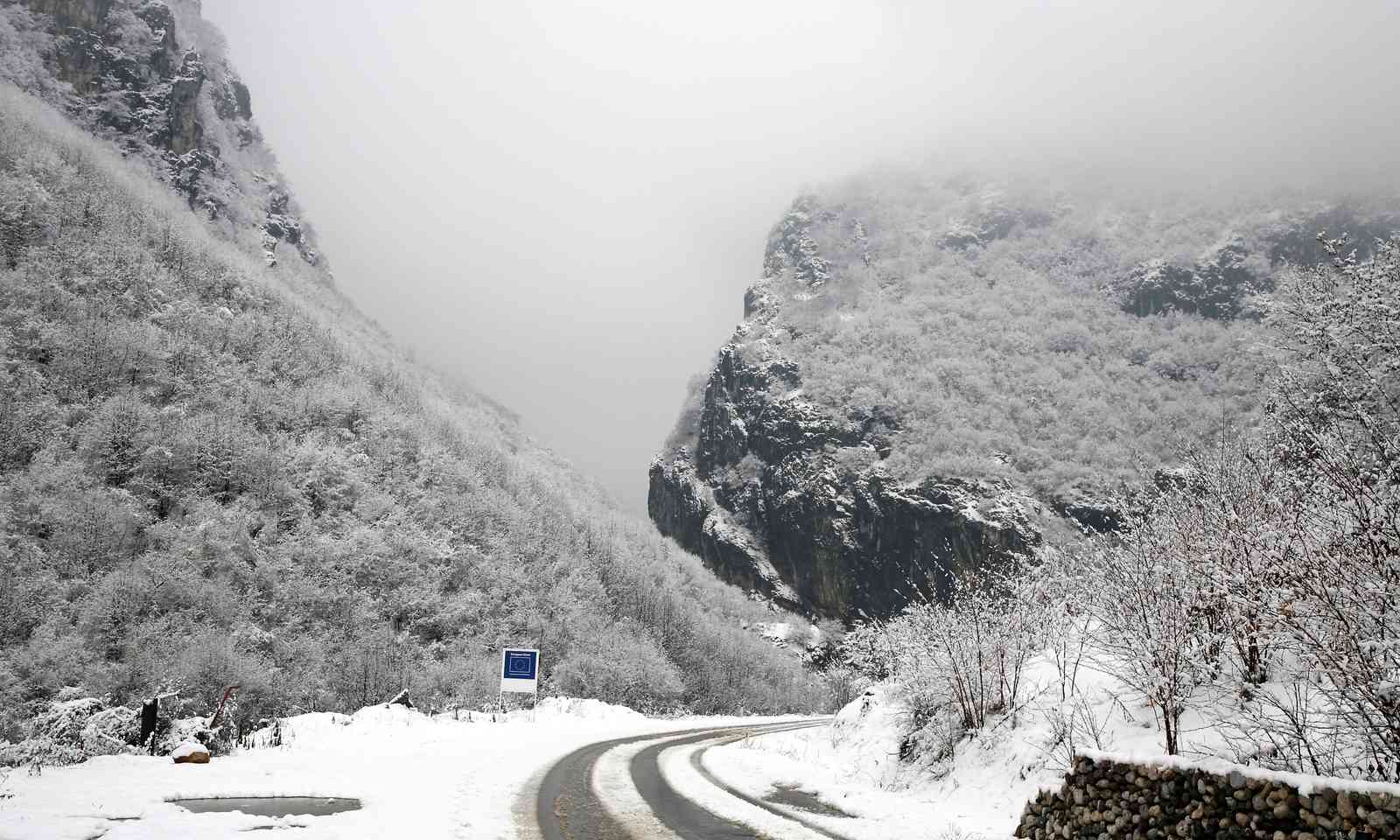 Winter time in the mountains behind Prizren (Dreamstime)

When you’ve had your fill of city streets, head out to the Sharra Region with its craggy mountains and national park, just a short drive from Prizren. Before leaving town, pick up the Routes and Tours or Attractions leaflet from Tourist Information, outlining treks from three to 13 kilometres. They take in mountain huts and hillside villages, peaks and canyons, glacial lakes and rivers, as well as springs and waterfalls, the countryside home to roaming lynx, bear, chamois, wolf and wild boar.

If you don’t want to go it alone, there’s a range of eco, cultural and adventure tours organised locally by mountaineering clubs, local businesses and guides.

Check out Butterfly Outdoor, who offer cycling, hiking, climbing and rock dancing that uses permanent cables and ladders on the via ferrata. Some of the activities are delightfully combined with yoga, cookery and rakija tasting, with overnight stays in mountain huts or in simple village accommodation.

Helen Moat is the author of Slow Travel The Peak District, published by Bradt. In the true spirit of slow travel, she spent three and a half months cycling from Rotterdam to Istanbul, blogging for Wanderlust along the way, and is currently writing a book about that journey