5 reasons to visit Palermo, the 'Italian Capital of Culture 2018'

From art festivals and Unesco-listed puppets to some of the tastiest street food you'll ever encounter, Sicily's capital city – and this year's Italian Capital of Culture – is full of memorable experiences 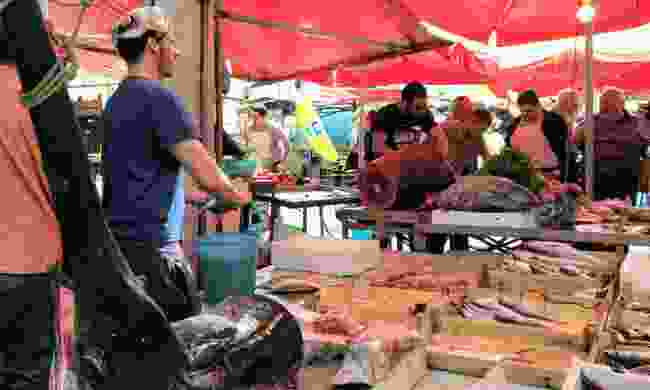 Across Palermo, there are incredible markets to explore: flea markets, food markets and loud markets. In the mother of all foodie markets, Ballarò, for example, you’re likely to see CD hawkers with giant speakers attached to their stand, blasting out dance music, while stall-owners shout out their best deals of the day. Get ready for an explosion of the senses: the smell of fresh strawberries, basil and wild fennel, the bubbling sound of hot oil cooking panelle (a thin paste of fried potato). Look out for men sharply dressed in suits and ties doing their grocery shopping.

Each of the markets is special. At Capo, the most iconic food market of Palermo, you’ll find tomatoes still on the vine, wheels of cheese, and stalls with massive swordfish and tuna steaks with heads displayed on them. Big boxes of fresh squid and men cleaning fresh sardines are a common sight here in the early morning.

If you’re up for a night of crunchy, battered food and cheap drinks with the locals, visit La Vucciria. Walk along to the beat of house music and munch on fried calamari, battered eggplant or arancini (a saffron rice ball filled with meat or cheese).

If finding old treasures is more to your liking, don’t miss the flea markets, including the shops along Mercato delle Pulci, near the cathedral, or the Sunday flea market around Piazza Marina, where you can pick up everything from antique furniture to comics and old vinyl.

2: Get your fix of art and culture 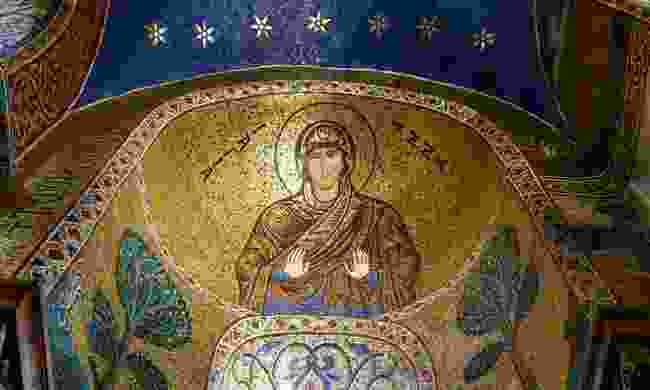 As well as Palermo being the Italian Capital of Culture this year, the city will also host Manifesta, the internationally-acclaimed contemporary art festival.

But visit Palermo in any year and you’ll still be able to get your fill of art and culture across the UNESCO World Heritage historic centre. With its diverse, multi-ethnic background and history, there’s plenty to discover, including the incredibly lifelike 17th-century marble sculptures of Lio Gangeri and portraits by famous Sicilian artist Francesco Trombadori at the Museum of Modern and Contemporary Art. Visit the oldest royal residence in Europe, the Palazzo dei Normanni, constructed with Arab foundations from the 9th century.

Be sure to treat yourself to a night at the opera in the third-largest theatre in Europe, the Teatro Massimo, a neoclassical masterpiece with beautiful acoustics.

Pick up an events schedule or brochure from the tourist office to plan your activities; many events are free but booking is often required. 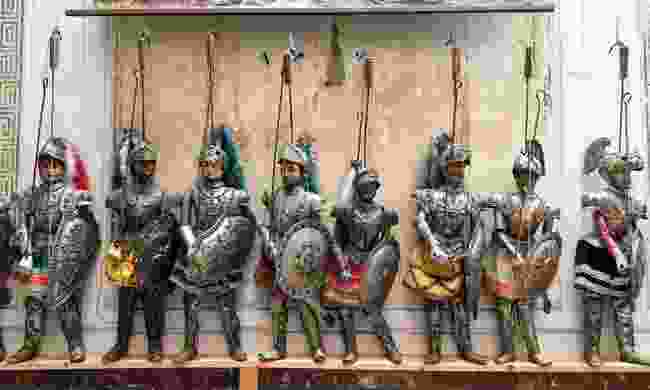 The picturesque theatre performances of Opera dei Pupi are rooted in the first half of the 13th century, and still play in theatres across Palermo. They use the original Italian dialect and traditional handmade string puppets to represent the battles of Spanish and French soldiers against dragons, devils and other characters, often to tell stories from the Crusades.

The puppeteers make the characters perform incredible movements, like walking and drawing their swords. Puppets also suffer the violent effects of their battles; while in combat, they can lose their heads or their whole body can be seen split in two.

The Opera dei Pupi was originally performed in piazzas and would be a common form of entertainment for the city’s working classes, but in the mid-19th century they were banned from the streets and forced to perform inside buildings. “The Opera dei Pupi mirrored what people usually thought in terms of justice, of criminality and social issues,” explained Monica Campo, a guide at the International Puppet Museum Antonio Pasqualino.  “People needed the opera because the opera could express what they felt.”

Today, Opera dei Pupi is considered so important to Palermo that it’s listed by UNESCO as ‘Oral and Intangible Heritage of Humanity’. The International Puppet Museum Antonio Pasqualino plays an important role in preserving that heritage and educating locals, children and tourists, with puppets from China, Nigeria and Spain, as well as hosting occasional shows from puppeteering families in need of a venue. You can also catch hilarious battle-filled shows at family-run theatres, including Teatro Argento, near the cathedral.

4: Eat your way through Palermo's history 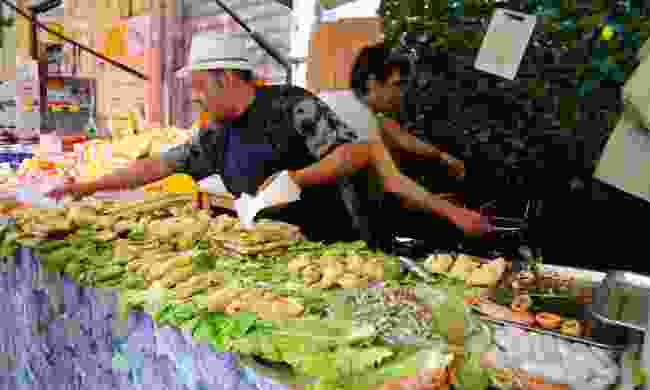 Over the last two millennia, Arabs, Romans and Byzantines not only brought palaces to this territory but also new ingredients and dishes. Every region across Sicily has something unique to taste; Palermo, being the capital of this island, is a hub for the many ingredients and creations.

One of the most traditional dishes found in Palermo is pasta con le sarde (spaghetti or other pasta with sardines, wild fennel, saffron and raisins). The North African influence is clear as well in the varieties of couscous. Granita (a type of sorbet) with brioche is a fond memory for Palermo locals as a summer breakfast or dessert.

The smell of pastries will lead you into family-owned shops, like Pasticcería Fratelli Magri where the king (cannoli – a fritter filled with ricotta cheese and chocolate pieces) and queen (Cassata Siciliana – a ricotta, sugar and marzipan-based cake with fruit and liquor) of Sicily are made from scratch. Both desserts were originally introduced by the Arabs but adapted by the nuns who arrived with the Spanish.

Any visit to Palermo requires a stop (or two) for gelato. The third-generation family shop Antica Gelatería Ilardo, by the marina, is a great option to try gelato made with real pistachio nuts.

5: Burn away all the gelato you’ve eaten with city walks 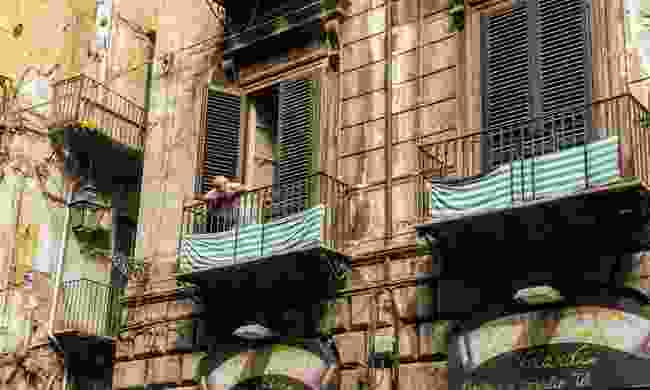 The historic centre is fascinating for fans of architecture. The way many different cultures blend on every street and every corner is enthralling. The more you see, the more you’ll want to keep exploring.

Stumble upon hidden fountains with mythical characters at the Fontana Pretoria. Walk on the rooftop of the Cathedral for 360º views of the city. Visit the Zisa palace and admire the Islamic details of the columns and floors.

The possibilities for exploring on foot are so big that you could organise your days into themed routes, like the Serpotta route, based around the humble Sicilian artist from the 16th century who created delicate stucco oratories in churches around Palermo.

Paying an extra Euro or two here and there to enter palaces and churches increases your understanding of the city. Martorana Church is just one of many highlights, where there are exquisite Byzantine mosaics next to Islamic inscriptions written in Kufic, an ancient calligraphic form.

With or without a set route, this is a great city to wander around. You never know what you may come across.

The author travelled in Sicily with Inntravel, who provide cycling tours in the country. In Palermo, she stayed at Butera28 self-catering apartments. Easyjet fly to Palermo from London Gatwick and London Luton.