As Ghana celebrates 60 years of independence from colonial rule, its historic coastal capital remains one of the undiscovered gems of West Africa, says Daniel Neilson

Ghana is frequently described as the 'Black Star of Africa'. It is stable, entrepreneurial and democratic. On top of that, it is also a nation of distinct ethnic groups (over 100 in total), who won collective independence 60 years ago, breaking free of colonial rule calmly and with purpose.

Stepping onto the pavements of capital Accra today is to immerse yourself in a modern West African city. Peppering its streets are stallholders who colour the city with a bewildering array of merchandise: pineapples, CDs, crafts, goats, fake Chelsea FC football shirts. Ghanaian beats (the rhythms of 'hiplife' and 'highlife') blast from bars and taxis as the smell of grilled fish and bubbling rice combine to overwhelm the senses. Accra is hot, loud, a little whiffy and utterly exhilarating.

The city earned its status as capital thanks to its location on the Gulf of Guinea. The Portuguese first built a fort here in nearby Elmina; then followed the Dutch, Swedes, Brits and Danes, all lured by the promise of gold and slaves. Eventually, some six decades after the abolition of the slave trade, the Brits won out, naming this the British Gold Coast in 1867, and most Ghanaians still speak English today.

Ninety years later, the country finally gained its independence, becoming Ghana. They kept Accra as its capital and it has since flourished - though, like any big city, it has its poorer areas. Over two million people live here, yet it remains laid-back and hassle-free: the heart of the 'Black Star'. 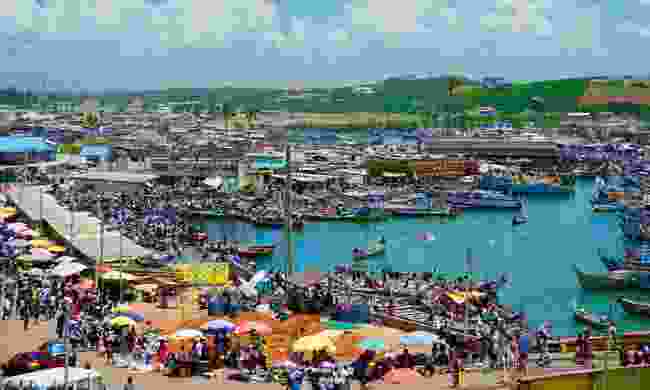 Kotoka International Airport is a 6.5-hour flight from the UK and lies 10km north of Accra's centre. The neighbourhood around it, known as Airport Residential, is the fastest growing area of the city, with many hotels and restaurants.

On arrival, you'll be asked for a yellow fever certificate before immigration checks (visas are required in advance). There are often large queues entering and leaving, but the airport still has few facilities, with little in the way of visitor support.

Leaving the airport is not the most relaxing experience, with porters and taxi drivers typically vying for your attention - be firm. We recommend organising a lift before arrival. Taxis are not metered or regulated, so if you do need to take a taxi, ensure there are seatbelts in the back and negotiate a price before you get in. Uber is now available in Ghana, and highly recommended. It should be noted that many hotels offer a shuttle service.

Buses arrive in Accra from Lomé (Togo) and Abidjan (Cote d'Ivoire) to either Obetsebi-Lamptey Circle or Tudu station - both are pretty central. 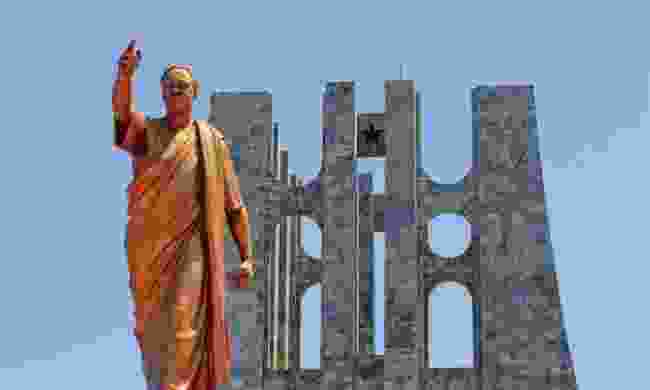 Languages: English is the official language here, but there are many (more than 250) languages and dialects spoken, including Twi, Ewe and Ga.

Visas: Required by UK nationals prior to entry. The Ghana High Commission (ghanahighcommissionuk.com) processes visas at its London (Highgate) and Glasgow (postal only) offices. Applications require a yellow fever vaccination certificate and a letter of invitation. Visas cost from £60 for three months' entry and take seven-to-ten days to process (£140 for the 24-hour service).

Highest viewpoint: There are great views of the hills to the north and across the Atlantic from the rooftop terrace of Roots Apartment Hotel (roots-hotel.com).

Health issues: It's best not to drink the tap water. Food is fine when freshly cooked. Immunisations against hepatitis A, tetanus and typhoid are advised, as is a course of antimalarial tablets.

Recommended guidebooks: Time Out: Accra and the Best of Ghana is available citywide; Ghana (Bradt, 2016).

Climate: Hot, really hot - and pretty humid, too. The average daily temperature in Accra is 27ºC. Marginally cooler, though wetter and more humid, is the period between June and September. 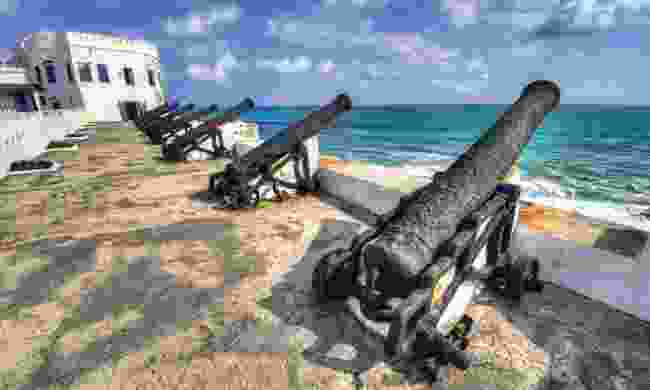 Tro-tros (shared vans with fixed routes) are the cheapest way to get around Accra, but for ease of use, stick with Uber or taxis. Start by visiting the city's original port and oldest area: Jamestown. Grab a taxi to gallery/cafe ArchiAfrika (archiafrika.org), which can arrange walking tours - this is one of Accra's poorest areas and it's safer to explore its colonial facades, crumbling forts and clapboard houses with a local.

Next, grab a taxi to the seafront Arts Centre, a large antiques and crafts market; push past the hawkers at the front for the quieter back area. Nearby lies Kwame Nkrumah Memorial Park, dedicated to the man oft considered to be Ghana's founding father, and who lit the 'eternal flame' that still burns in Independence (aka Black Star) Square. From there it's just a short hop to the Artists Alliance (24 525 1404). This gallery is curated by one of Ghana's finest artists, Ablade Glover, and houses art, crafts and antiquities, all for sale.

End the day amid Osu, Accra's busiest area. On a short stretch known as Oxford Street, you'll find shops, bars and food. Don't miss Buka for authentic West African cuisine, then finish the evening on the rooftop terrace of Roots Hotel Apartment, to see the sun set across Accra and the Gulf of Guinea. 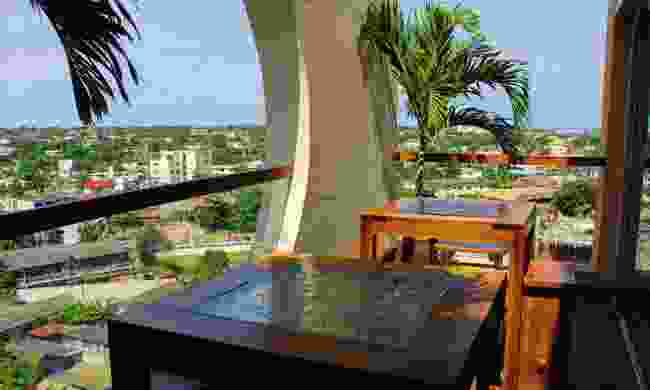 Accra is not cheap, especially in relation to the quality of its hotels, which tend to all be clustered around the airport. Osu is the liveliest part of town, with a couple of good mid-range options. Budget accommodation is almost non-existent, though Airbnb is always a decent option.

Top end: The five-star Kempinski Hotel Gold Coast City (kempinski.com/accra) is the newest upmarket hotel in town and is home to an art gallery and an inviting pool.

Mid-range: Roots Hotel Apartment is an option in the heart of Osu, and most rooms offer self-catering. The rooftop terrace is good, too.

Budget: Pink Hostel International (pinkhostel.com.gh) has basic rooms and is a member of the International Youth Hostel Association. However, backpackers often head for Big Milly's Backyard (bigmilly.com) on the coast.

Accra is ideal for soaking up life in a typical West African city, but there are few sights. After a couple of days, head west along the Atlantic to the historic city of Cape Coast and its nearby fishing villages. This is a large, relaxed student city with a long beach. But the main reason to visit is to see Cape Coast Castle, which is inextricably linked with the slave trade. It's a harrowing tour, but an essential one.

Not far along the coast lies the small fishing community of Elmina, which is a good spot to soak in the frenetic daily routine of the returning fishing boats and subsequent market that sprouts up on their return. Be sure to stop en route for the canopy walkway over the rainforest at Kakum National Park, which is also home to more than 250 bird species.

Finish in the outskirts of Accra on the white sands of Kokrobite Beach, where you'll find backpacker haunt Big Milly's Backyard. Ride the waves at Mr Brett's Surf School or just watch the boats roll in.