19 for '19: Our list of unique travel experiences and celebrations in 2019

From tracking chimps in Rwanda to celebrating Havana's 500th birthday, 2019 has no shortage of once-in-a-lifetime adventures. Which one will you choose?

1: Celebrate the legacy of black musicians in Nashville 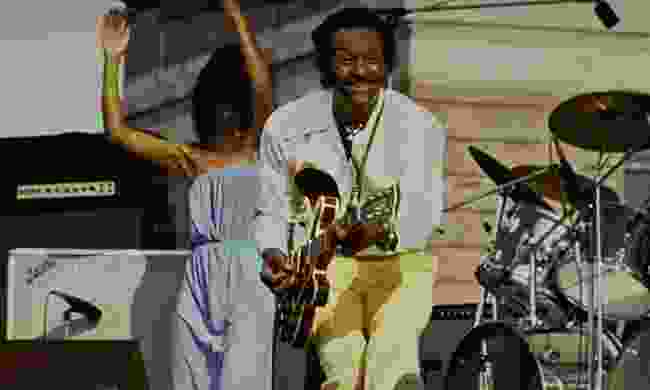 2019 sees the opening of National Museum of African American Music in Nashville, the only museum in the world to celebrate the impact African American musicians have had on America’s music. Follow the Rivers of Rhythm Pathway for an unforgettable journey from the blues to hip hop and all the other genres in-between.

2: Tuck into ramen and rugby in Japan 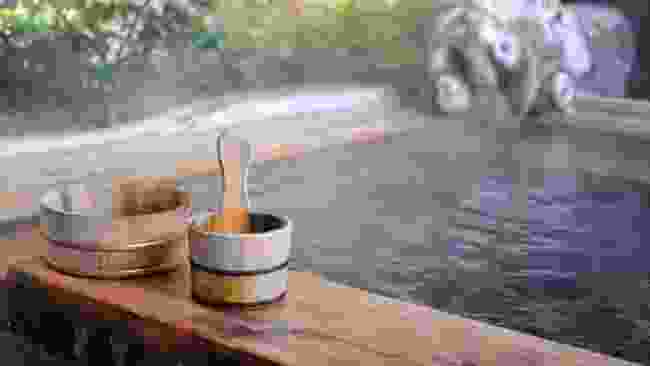 The Rugby World Cup comes to Japan in September 2019, with matches scheduled from Tokyo to Sapporo. Watch the match with a sake and a bowl of ramen. And don’t forget the post match onsen! 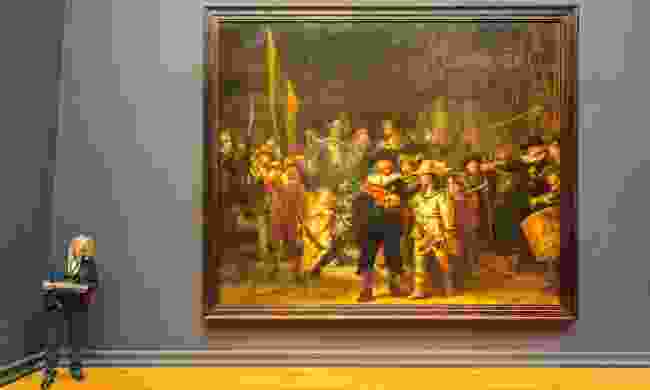 Night Watch by Rembrandt at the Rijksmuseum (Dreamstime)

The Rijksmuseum in Amsterdam marks Rembrandt's 350th anniversary in 2019 with ‘Year of Rembrandt’ – an extraordinary year filled with exhibitions and special events celebrating the work of one of the world’s greatest artists. For the first time, the Rijksmuseum will exhibit all their Rembrandts – 22 paintings, 60 drawings and more than 300 of the finest examples of his prints. 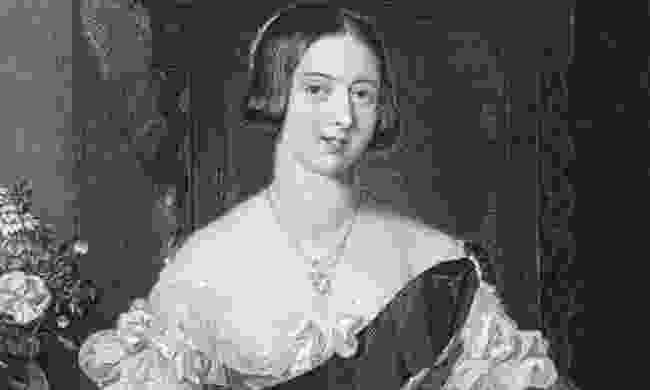 Victoria as a young woman (Dreamstime)

Celebrate the 200th birthday of Queen Victoria at Kensington Palace, the place she was born and spent her childhood. The brand new ‘Victoria 2019’ exhibition is designed especially to give a unique insight into the early years of this extraordinary monarch.

5: Celebrate the fall of the wall in Berlin 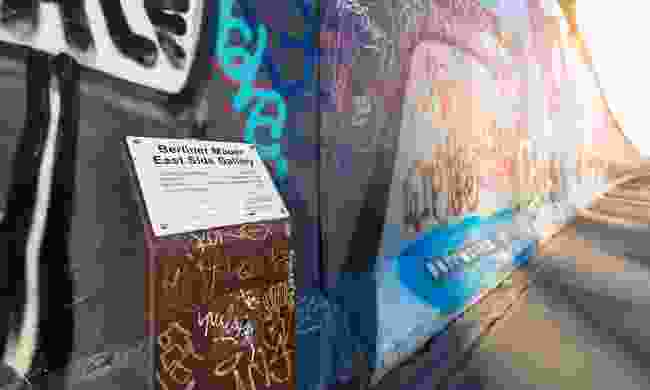 2019 marks 30 years since the Berlin Wall fell and the political landscape of Europe – and indeed the world – was transformed. Celebrate that heady moment when David Hasselhoff serenaded East Germans with his song, 'Looking For Freedom'. On November 9 when Berlin will host a number of events to mark the occasion. The wall falling, that is, not David Hasselhoff singing.

6: Have a flutter on England’s oldest horse race 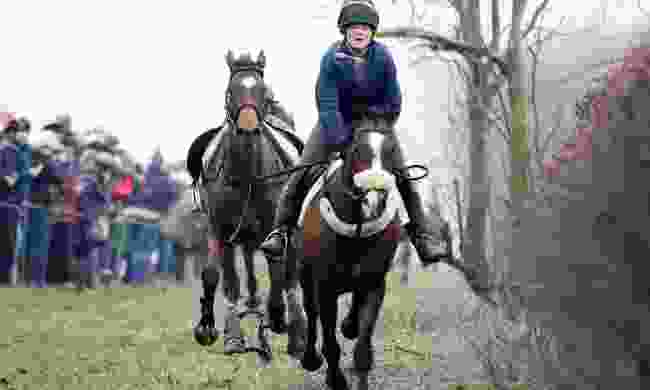 Racing in the Kiplingcotes Derby in 2015 (Shutterstock)

Since the time of Henry VIII, a four-mile countryside course in the picturesque Yorkshire Wolds near Market Weighton has been running the Kiplingcotes Derby. It is England’s oldest horse race and on Thursday 21 March 2019 it celebrates its 500th running. That’s surely worth a small bet or two.

7: Join the 'stars' as the Grand Canyon celebrate its 100th Anniversary 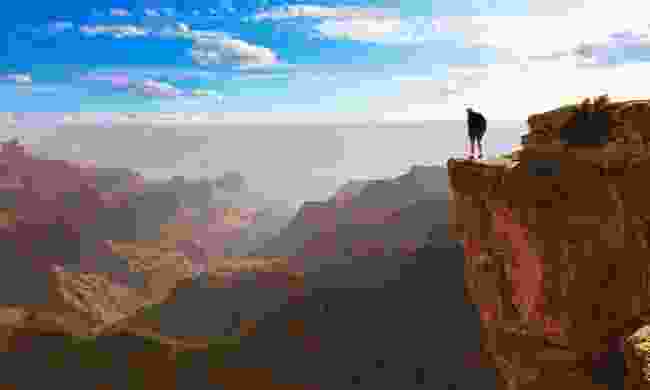 Man on the cliff in Grand Canyon (Dreamstime)

On February 26 2019, the Grand Canyon celebrates 100 years since it's designation as a national park. To celebrate a year of activities and events have been planned, including the 2019 Grand Canyon Star Party, an astronomical celebration of the dark skies over this natural phenomenon.

2019 sees the launch of Wanderlust Journeys, a collection of tailor-made holidays for adventurous Wanderlust readers, including an extraordinary horse riding holiday through the stunning back blocks of Montenegro with former champion jockey Richard Dunwoody. Saddle up! 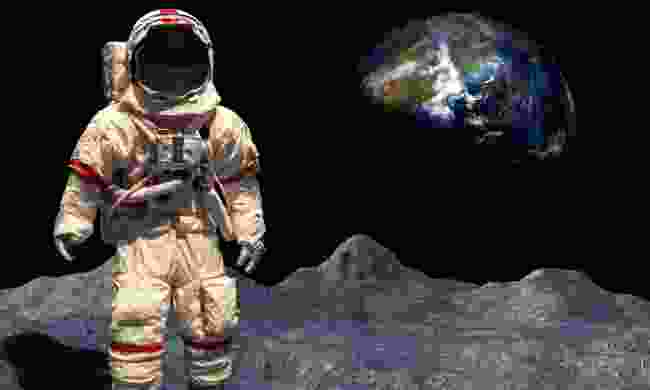 On July 16, 2019 it will be 50 years since astronaut Neil Armstrong walked on the moon. Naturally, the Kennedy Space Center in Florida will be celebrating the occasion with a raft of exhibits, demonstrations and activities about historic and future lunar exploration. Or you could head to the Armstrong Air & Space Museum in his home town of Wapakoneta, Ohio for the livelier Summer Moon Festival. 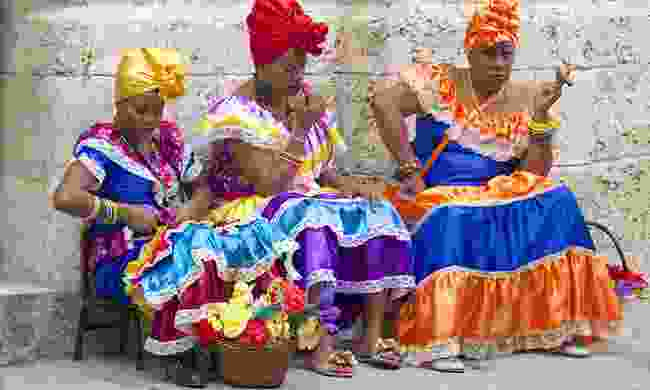 Getting ready to party in Havana (Dreamstime)

Founded by the Spanish in 1519, 2019 sees the vibrant Cuban capital celebrate its 500th birthday. During this anniversary year, the city will host a series of events featuring concerts, performances and parades that will add an extra sparkle and pizzazz to an already buzzing city. 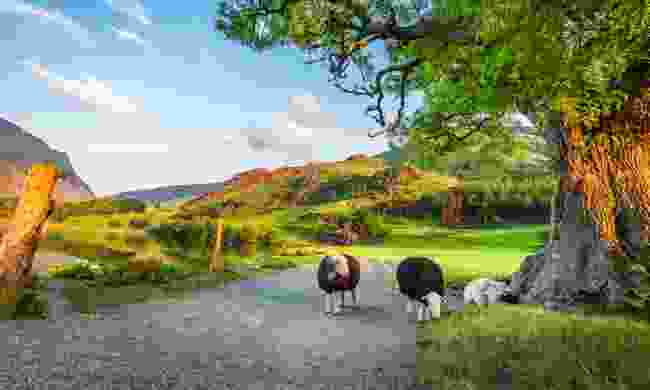 Sheep in the Lake District (Shutterstock)

12: Watch a total eclipse of the sun in Vicuña, Chile 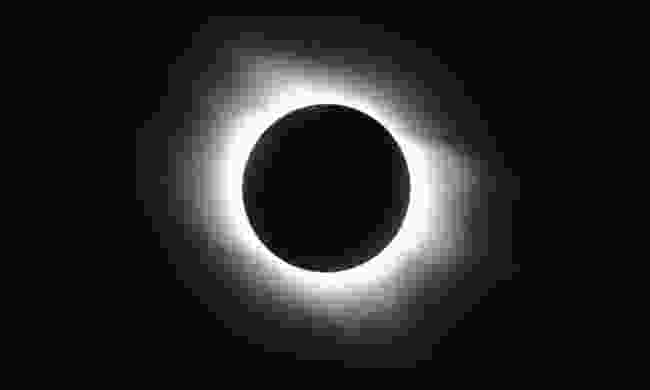 In the late afternoon of July 2, a total solar eclipse will occur over southern parts of Chile and Argentina. There are plenty of places you could watch the eclipse in both countries, but Vicuña, in the Elqui Valley, has one advantage over them all. It is the only place in the world where Pisco can be distilled. 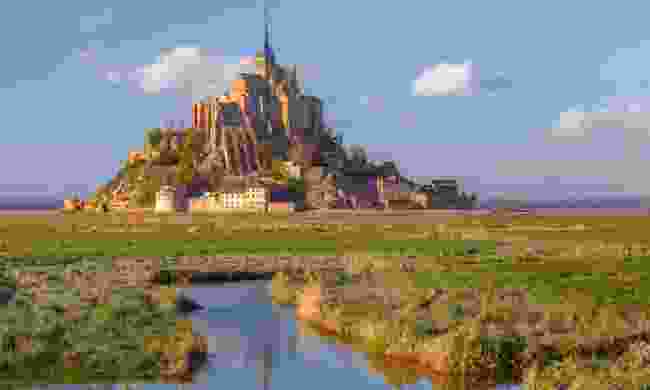 The 75th anniversary of the D-Day Landings on June 6 sees a host of commemorative events in this overlooked corner of France.  Follow the story of the 130,000 soldiers who came ashore here in the D-Day Museum Museum in Arromanche. Or drop by Bayeux to see a tapestry of another famous battle, back in 1066. 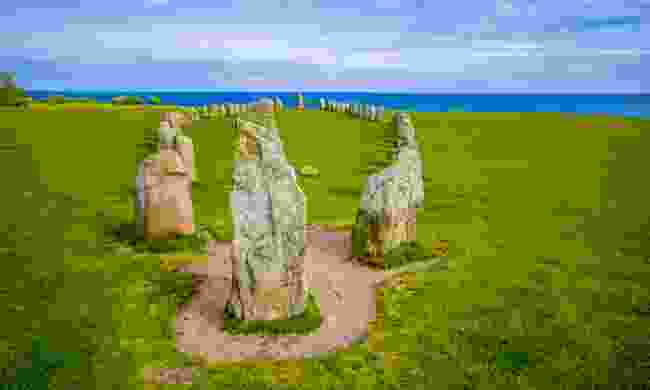 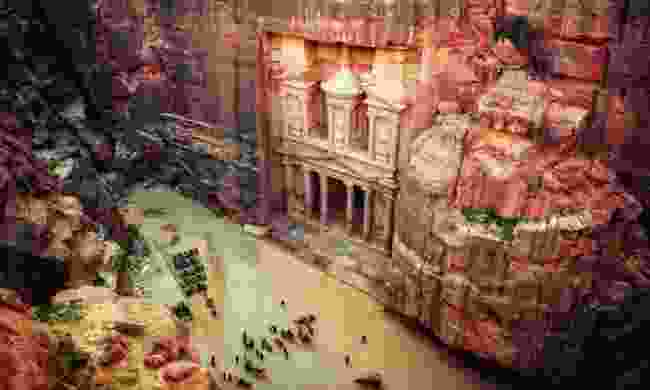 Petra from above (Dreamstime)

Forget the long schlep from Amman, new flights to the Red Sea port of Aqaba in Jordan is a boon to divers – and adventurers. Not only is some of the best diving in the world just offshore, Aqaba is the perfect base to explore the deserts of Wadi Rum and the ‘lost city’ of Petra, both of which are less than 90 minutes away.

16: Celebrate a half century of jazz in New Orleans 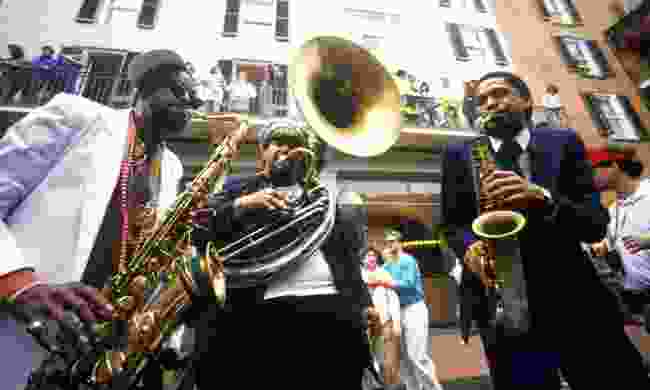 Join some of the biggest names in jazz in funky New Orleans as the city celebrates the 50th anniversary of its legendary Jazz Festival. The lineup is announced in early 2019, but if previous years are anything to go by, expect some big names and some big surprises. 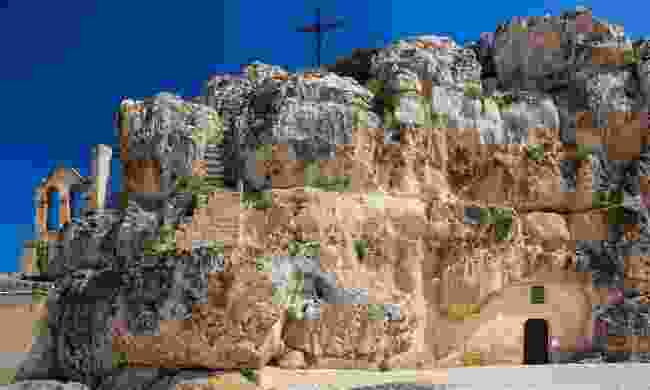 Explore the ancient cave dwellings of Matera, one of Europe’s Capital of Culture in 2019 and home to people in southern Italy for over 9,000 years. There’s been no better time to explore the ancient hilltop town’s rock-hewn churches, cosy grottos and excellent hiking trails. 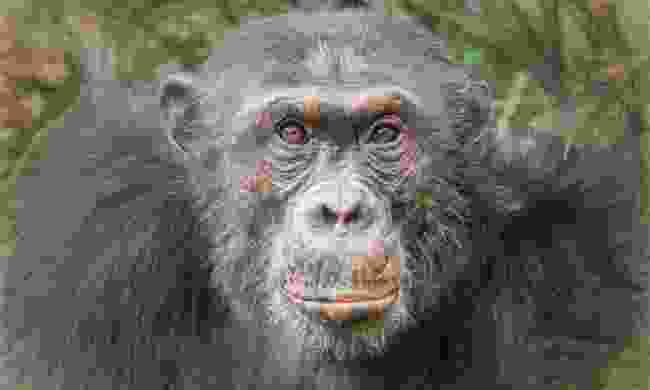 Rwanda’s most famous wildlife superstars, the mountain gorillas of Virunga, face new competition with the opening of Gishwati-Mukura National Park in the country’s north west. Made up of two forests, it is home to a group of 20 chimpanzees who live alongside golden monkeys, L’Hoest’s and blue monkeys, as well as a host of colourful birds. A guided responsible chimp and monkey tracking tour will be your highlight of 2019. 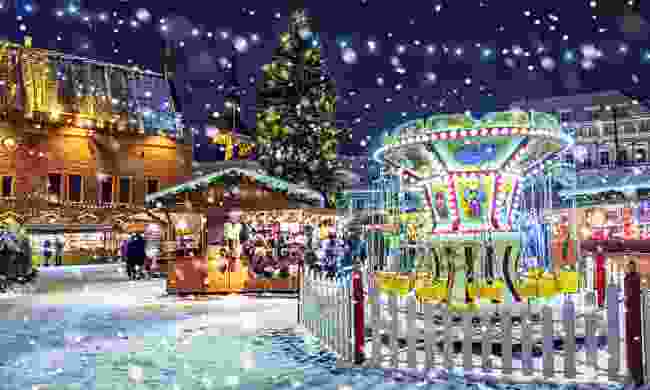