From bluebell woods to neo-pagan festivals, these are the world's best places to celebrate springtime

From late March until May, woodland up and down the UK is transformed by carpets of bluebells. Walking in bluebell-woods provided inspiration for Romantic poets including Keats and Tennyson; they’re also a great opportunity for photographers and make for a nice family day out. 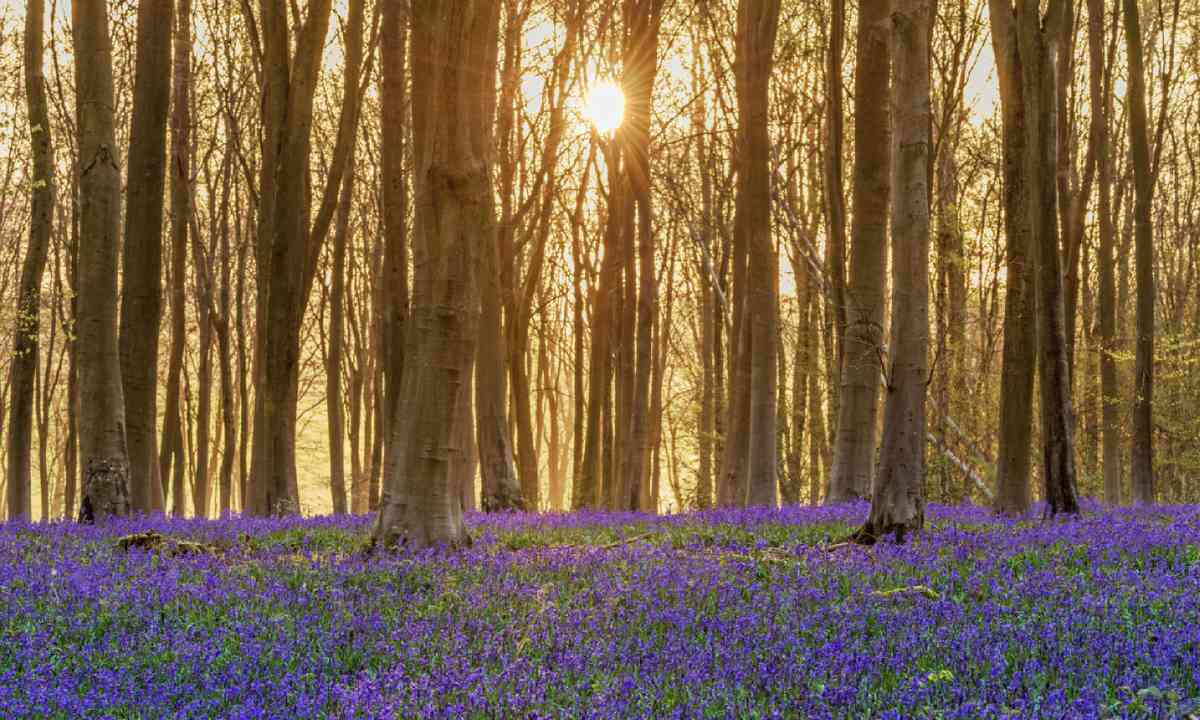 The National Trust can help you find beauty spots near you. If you can’t wait until bluebell time, the snowdrops come out towards the end of January; their appearance in the woods is one of the first signs that winter’s on the way out.

7 things we love about travel in England | Do you agree or disagree?

2. Get colourful at Holi in India or Nepal

Holi, the Hindu celebration of spring is, literally, one of the world’s most colourful festivals. To mark the end of winter and the triumph of ‘good’ over ‘evil’, people take to the streets of northern India and Nepal in March each year for one of the highlights of the Holi festival, mass water and paint fights. 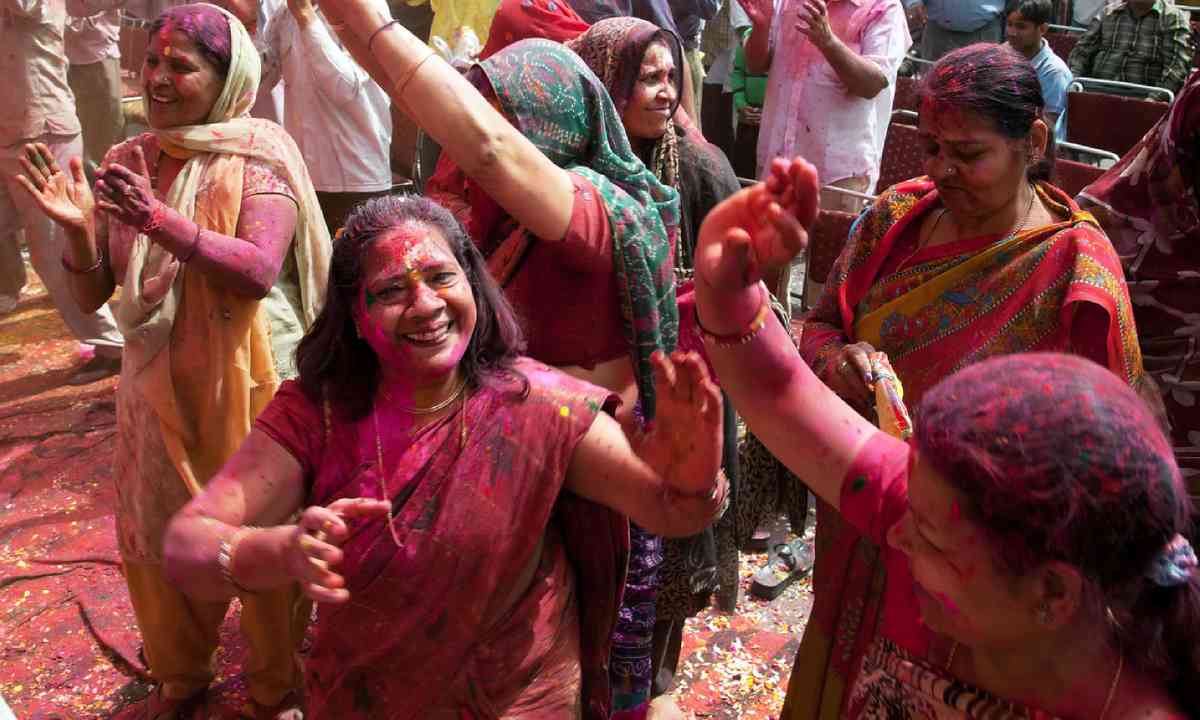 Wear clothes you’re not worried about ruining if you’re planning on joining in the festivities, and be careful with your camera gear too.

Lantern Festival highlights the end of Chinese New Year celebrations, and is marked by lighting colourful paper lanterns and letting them off into the night sky. Hong Kong, which is usually lit-up with neon, takes on a softer glow from the displays of lanterns in public spaces. 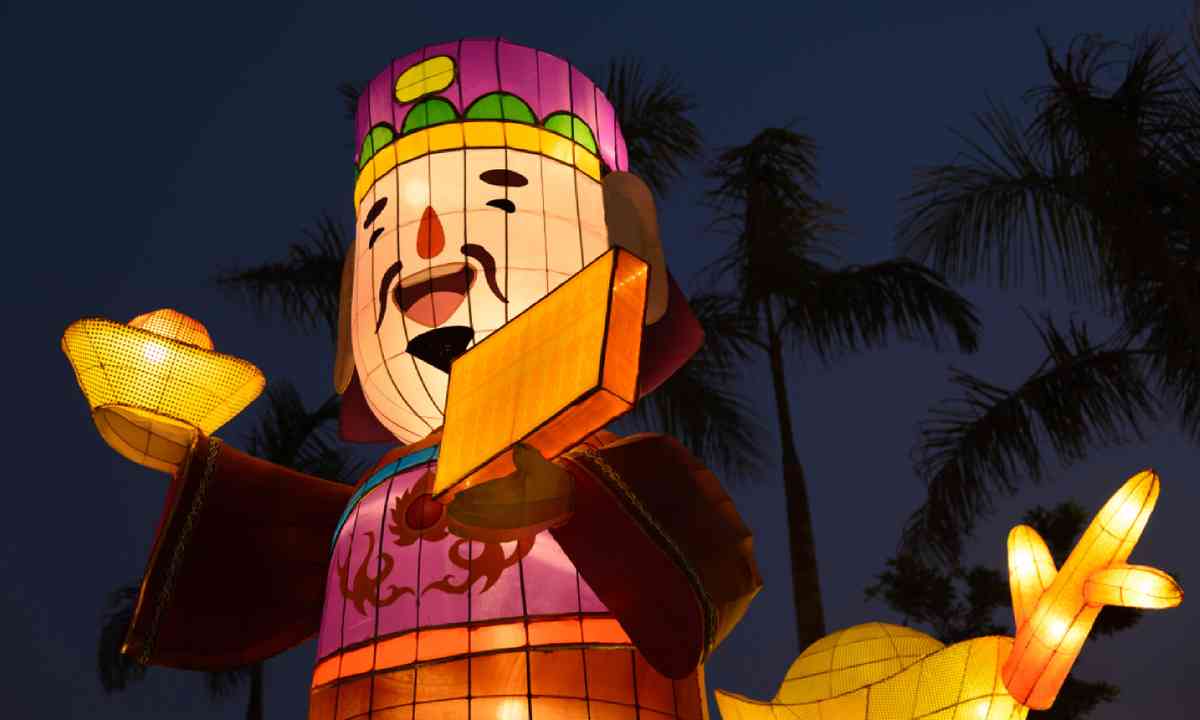 Tuck into yuan xiao (glutinous rice balls) and guess the answers to riddles tied to lanterns to get into the spirit of the festival. The festivals occurs around the end of February/beginning of March each year – 15 days after Chinese New Year.

Each year thousands of locals and travellers congregate at El Castillo, a massive pyramid in the Mayan city of Chichén Itzá in Mexico, to witness the descent of Kukulcán, the Mayan snake deity. 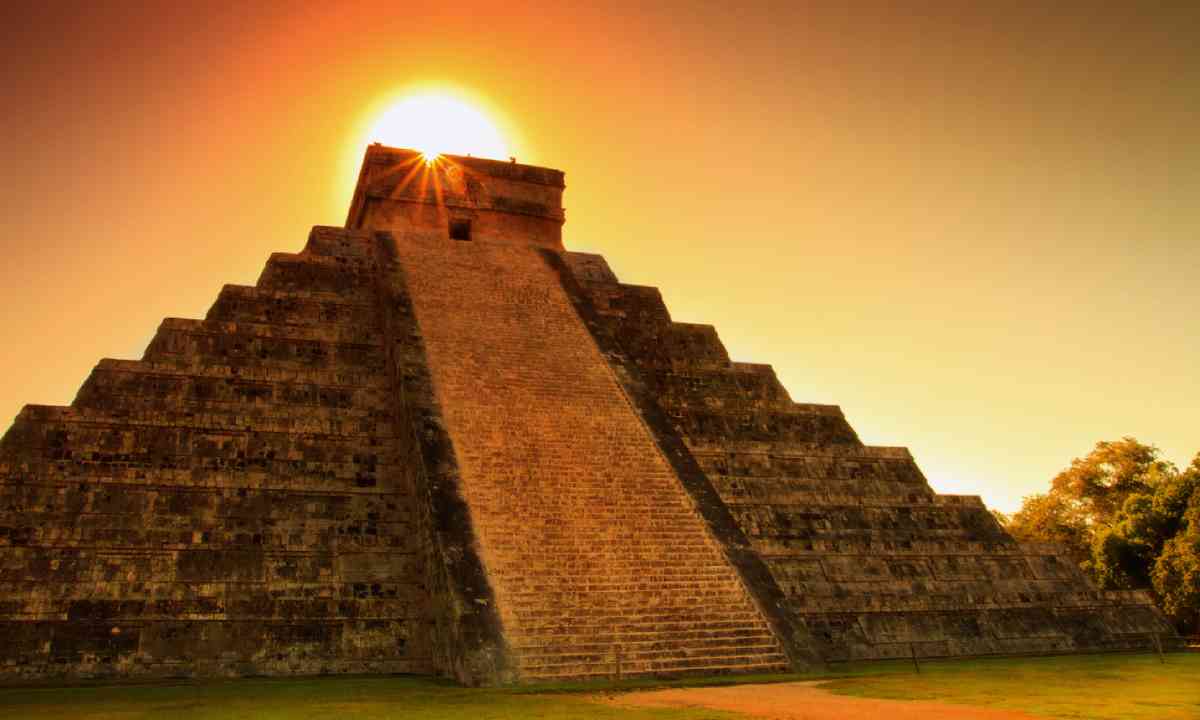 The alignment of the sun and El Castillo at the Spring equinox make the shadows of feathered serpents on the northern staircase appear to run down the sides of the edifice, so it appears as though the snake god has come to life.

The date of spring equinox changes each year, but it's usually on or a few days either side of 20 March.

4 ways to travel the Mayan route | Which would you choose?

5. Tiptoe through the tulips at Keukenhof 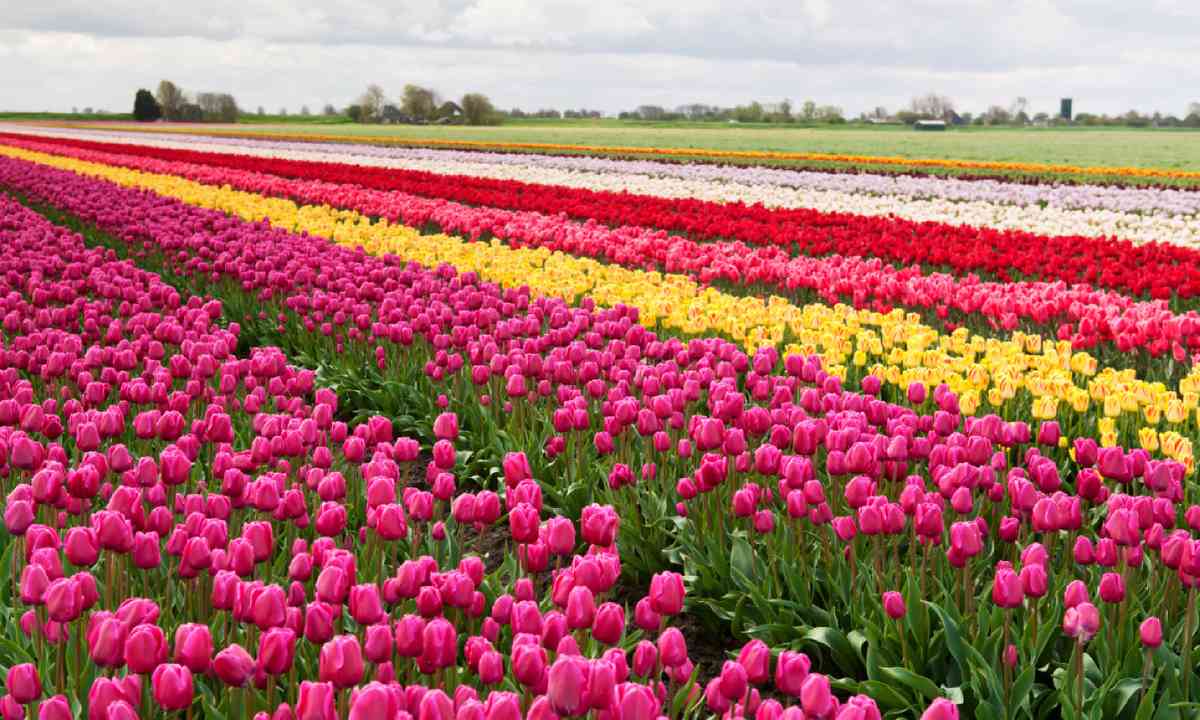 Tulips in the Netherlands (Shutterstock)

Including over 7 million individually planted bulbs, the gardens are one of the most popular attractions in the Netherlands and have clocked up more than 44 million visitors in the last 60 years. The park is open annually from mid-March to mid-May.

6. Witness the ‘Black Sun’ in Denmark

Watch flocks of starlings on their spring migration block-out the setting sun in Denmark’s Tønder Marsh. The spectacle of over a million birds finding somewhere to nest for the night has been dubbed ‘Black Sun’ as the manoeuvres of the huge flocks take over the skies. 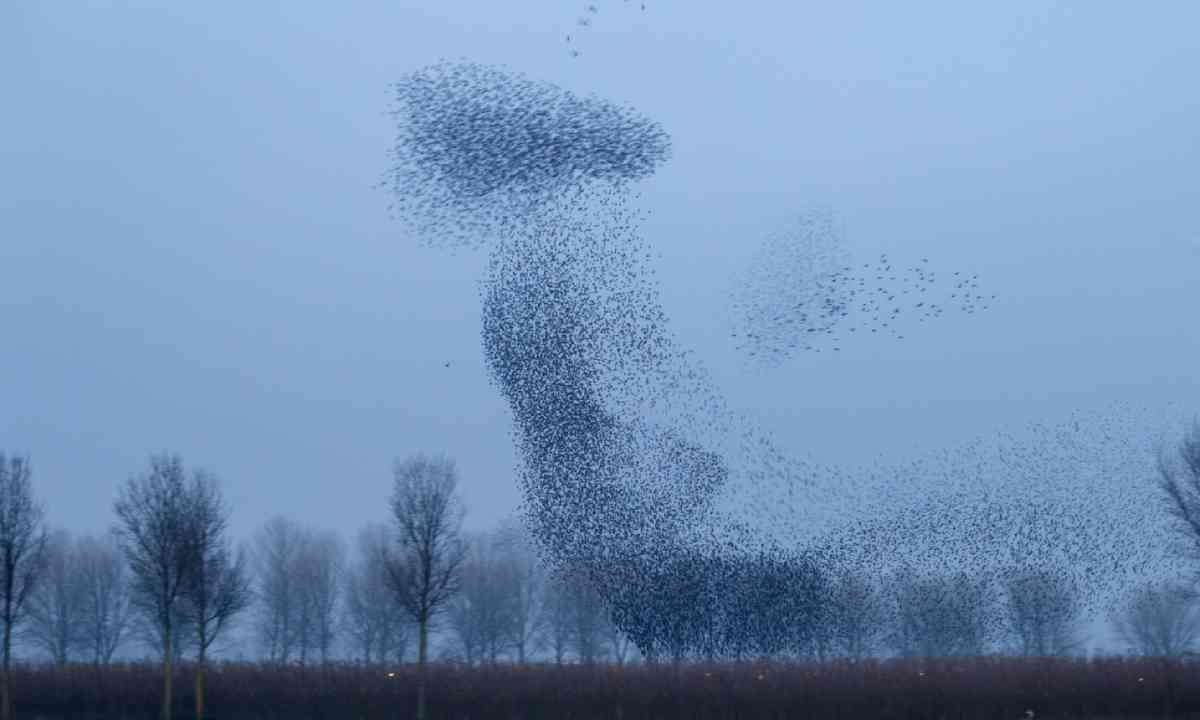 The exact locations of the nightly displays are impossible to predict in advance; Tønder tourist board http://www.romo.dk/en/home/ recommends you visit with a guide or a group to get the best possible chance of seeing the spectacle. This natural phenomenon occurs around sunset from mid-March to mid-April).

The indigenous cherry blossoms of Eastern Asia have come to represent spring. Japan is the iconic home of hanami (cherry blossom viewing festivals) and, although you could try your hand at karaoke and sake under the trees, all you really need to enjoy the best of the festival is a blanket to lie on and a couple of bento boxes. 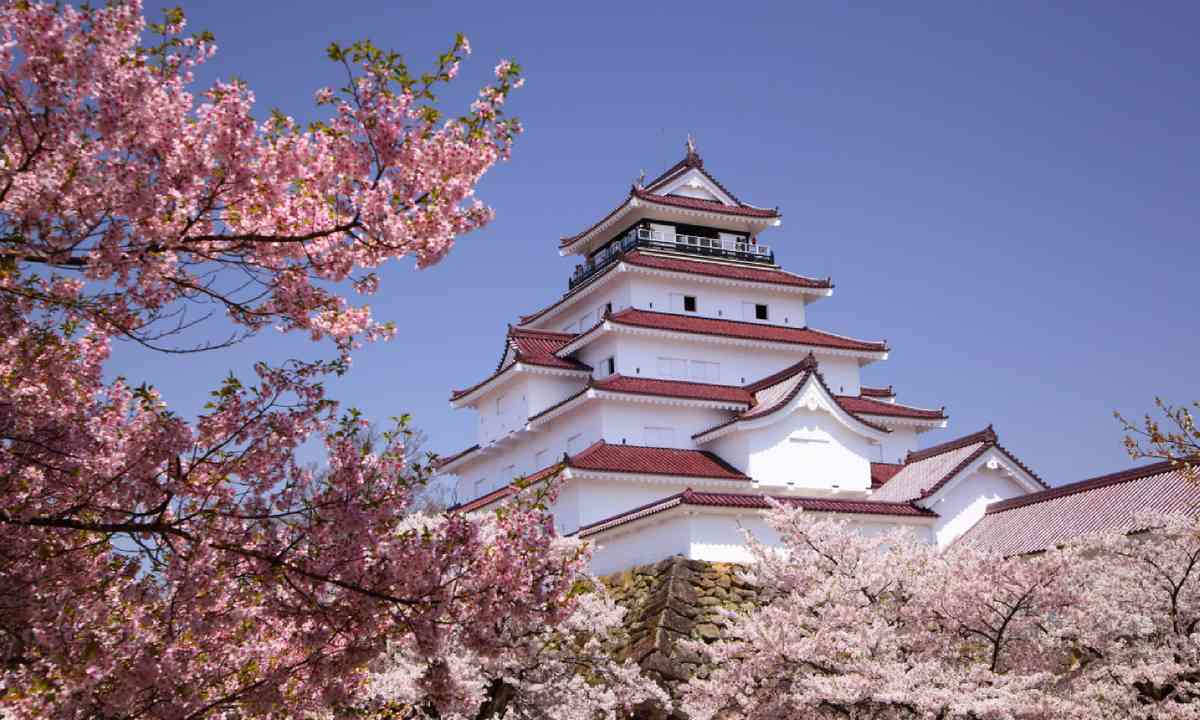 Alternatively, there are a number of cherry blossom festivals held annually from late March to the end of April in other countries around the world if you can't make it to Japan.

8. Be amazed by blooms in Namaqualand

Namaqualand (also referred to as Namaqua National Park) is an arid landscape in South Africa's Northern Cape, but while it is sparse for most of the year, spring (August and September) brings with it a blanket of colourful flowers. Covering the region's scenery, more than 1,000 of Namaqualand's 3,500 species of plants growing at this time are found no where else on earth. 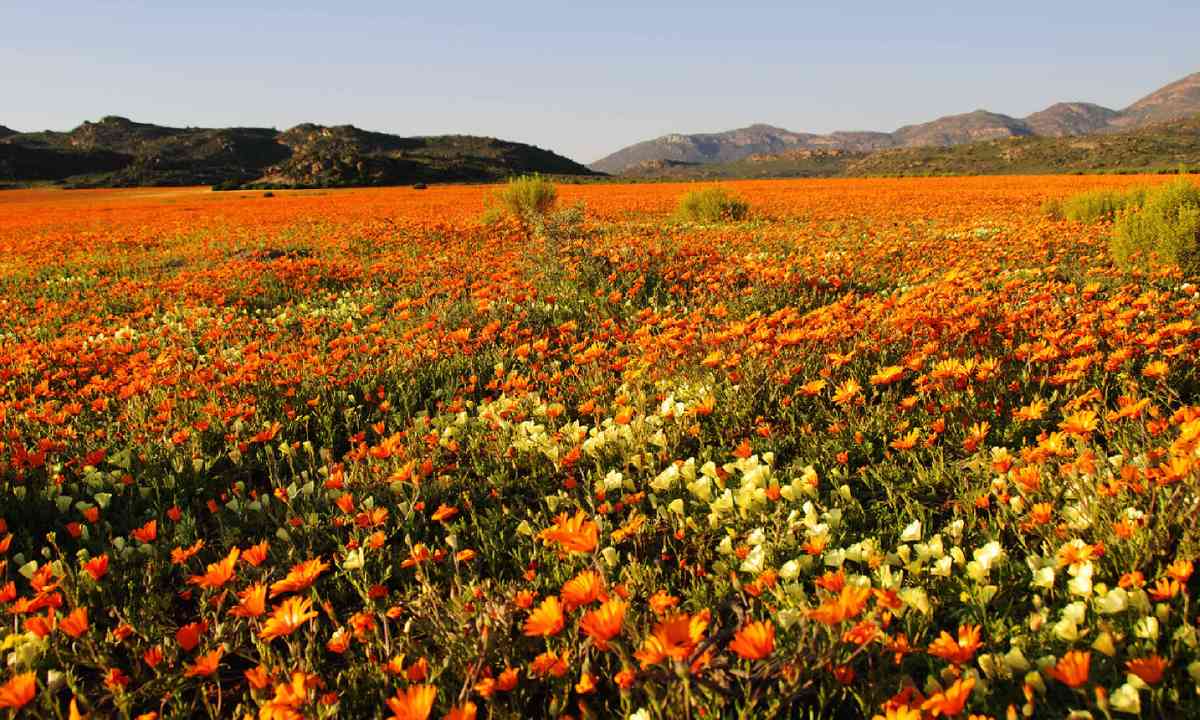 Take two or three days to drive through the park and surrounding area to enjoy the rainbow views – its signature orange blooms are the most common, but with some exploration you should find variation in colour.

Traditionally a celebration of the pleasures of the flesh before the austerity of Lent, Mardi Gras is one of the world’s most iconic carnivals and a great excuse for a party. Arguably the two most well-known Mardi Gras cel ebrations are held in New Orleans, the capital of Louisiana, USA and in Rio de Janerio, Brazil – both in February each year. 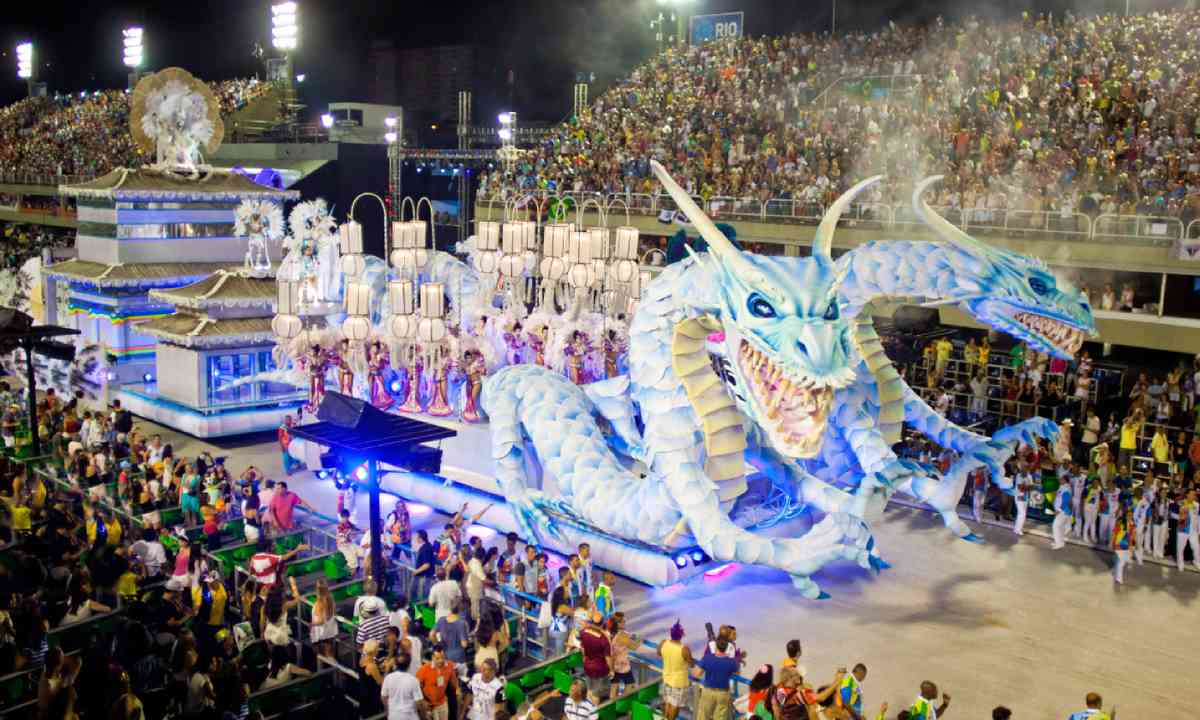 Fling bead necklaces and wear purple in the New Orleans French Quarter or samba the night away in feathers and sequins at the Rio Carnival and you’ll be ready for 40 quiet nights afterwards!

10. Get pagan at Edinburgh’s Beltane festival

Edinburgh’s Beltane festival, which pays homage to the ancient Gaelic festival of the same name, is held on Carlton Hill in Edinburgh on 30 April each year.

Traditionally a celebration of fertility, ‘beltane’ derives from a Gaelic term meaning ‘bright/sacred fire’, which organisers have taken to heart in the modern celebrations. 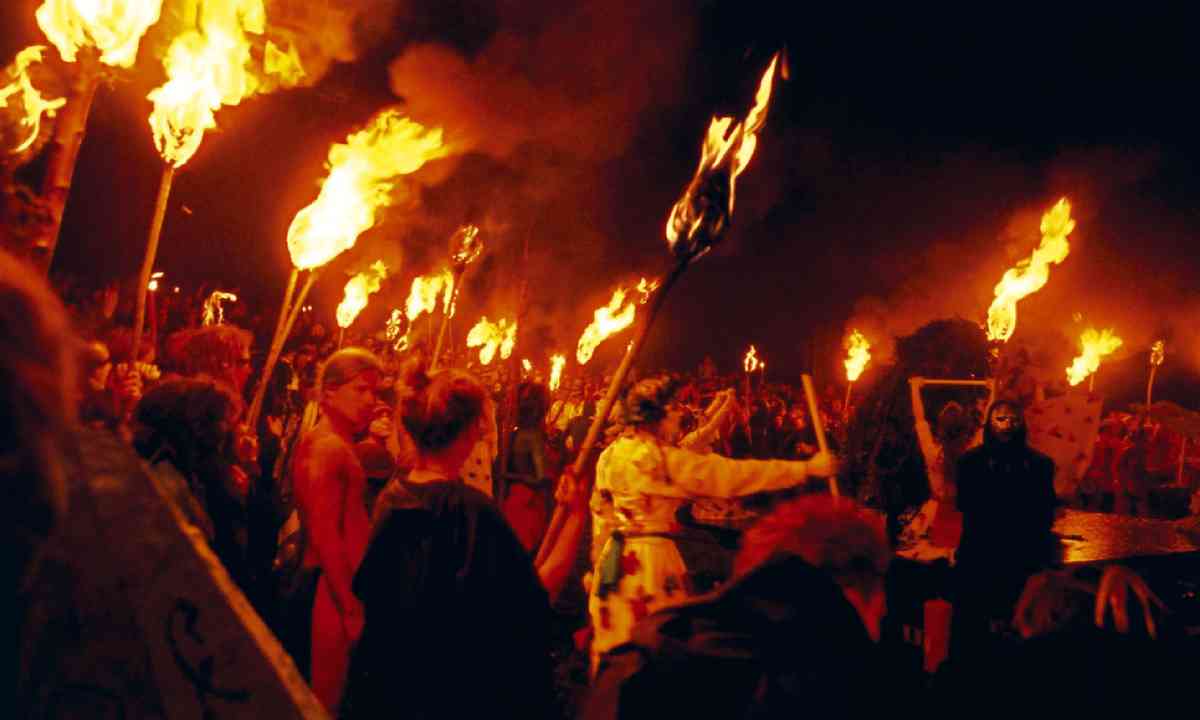 Expect dazzling fire displays, pounding drums and a lot of body paint as the procession of the May Queen and Green Man enact the birth of summer.