10 phenomena worth travelling for

From flashing plankton to singing sand, the world is full of weird and wonderful things. So why not include some of these brilliantly bizarre spectacles into your next trip?

AKA: White nights, polar night, midnattssol
What is it? When the sun stays above the horizon 24 hours a day, remaining visible even at midnight.
Where? Within the Arctic and Antarctic circles, though also occurs up to 90km outside circle regions.

The midnight sun means twice as much holiday, sort of – those long hours of daylight allow you to hike, sail, wildlife-watch and explore until the wee hours; many travellers report needing less sleep when surrounded by all this illumination. 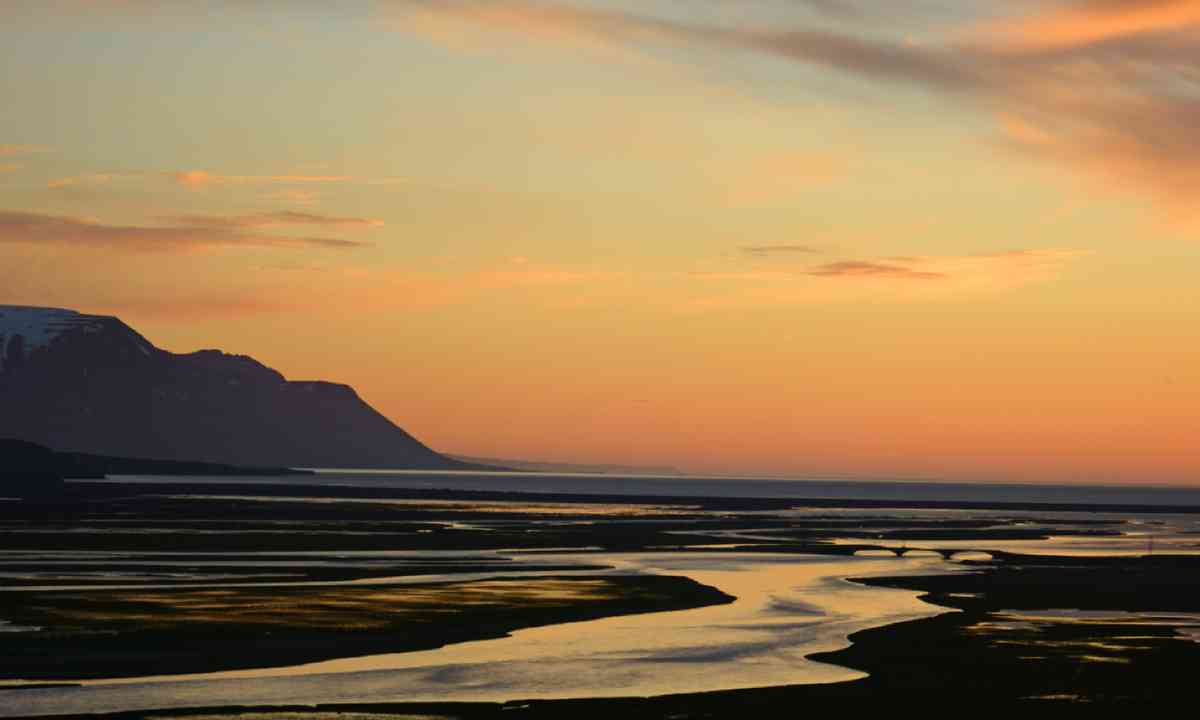 Head to the far north in summer – late May-early August – to make the most of it. In Stø, Norway, whale safaris leave at 5pm during high summer, looking for sperm, minke and killers. In the Lofoten Islands, try late-night hiking and kayaking. In Finnish Lapland, rent a lakeside cabin and take chilly midnight swims; Kuhmo, further south, doesn’t get 24-hour sun but is ideal for evening bear-watching – long days make it easier to see the nocturnal animals.

The amount of sun is higher in Svalbard (mid-April-late August); here, board an expedition cruise to see polar bears at all hours. On the flip side, head to Antarctica from December to January, peak time for daylight and cruising.

AKA: Flocking, sort sol (black sun)
What is it? The amassing and movement of a large flock of roosting starlings; murmurations occur just before dusk, autumn and winter.
Where? Murmurations seem particular to the common starling (Sturnus vulgaris). The birds like to roost in sheltered spots such as woods and reedbeds, though are happy in urban settings too.

A murmuration is a like an avian aurora. The birds – perhaps 100,000 of them – twist and billow as the lights do, creating ever-shifting shapes; they swirl like smoke, explode in blooms and plummet like waterfalls. Each bird somehow reacts to those around it, so the flock flurries as one. 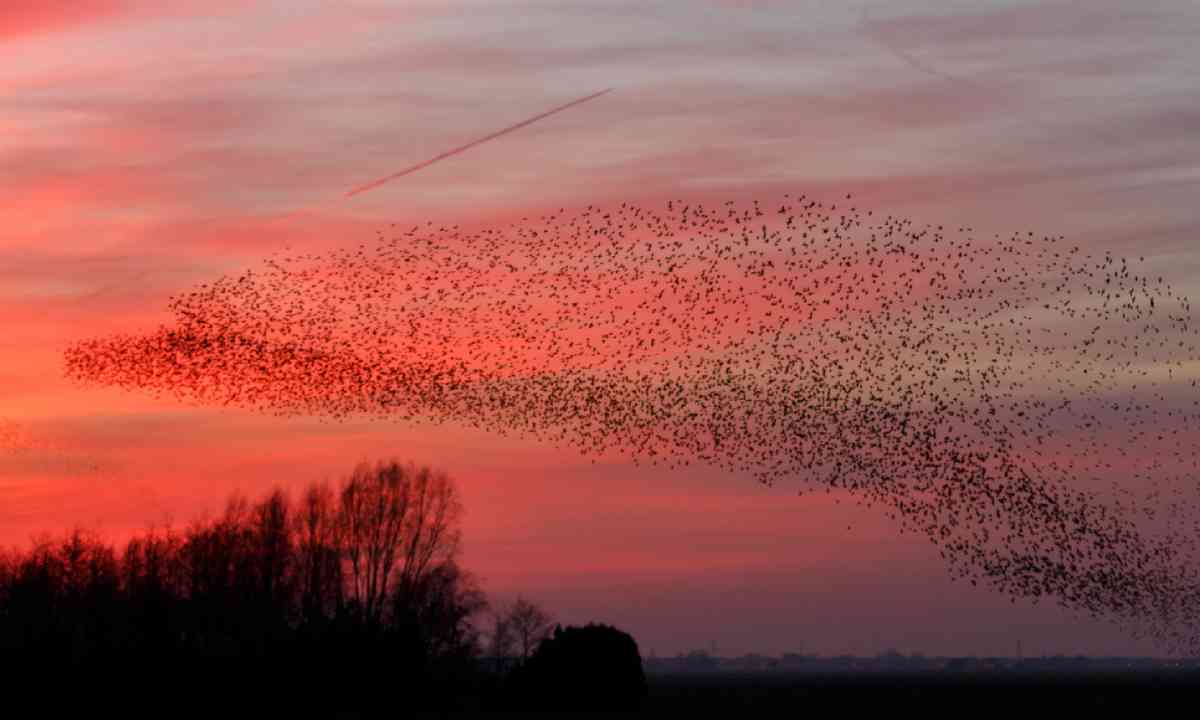 The UK is a prime spot – good locations include Gretna Green, Leighton Moss in Lancashire, Saltholme near Middlesbrough and the Somerset Levels. The latter has an RSPB Starling Hotline (07866 554 142) so you can get up-to-date info on the most likely roost sites.

In Denmark, they call this phenomena the 'black sun': from mid-March to mid-April and mid-September to mid-October, the skies over Jutland’s marshes are painted black by the starlings’ wings.

AKA: Whistling sand, barking sand
What is it? Sand that emits moaning and/or booming noises when disturbed by wind or feet. Thought to be sounds bouncing between the surface and a hard layer below; may be dependent on the sand’s grain size and silica content.
Where? Worldwide – only about 40 dunes ‘sing’. 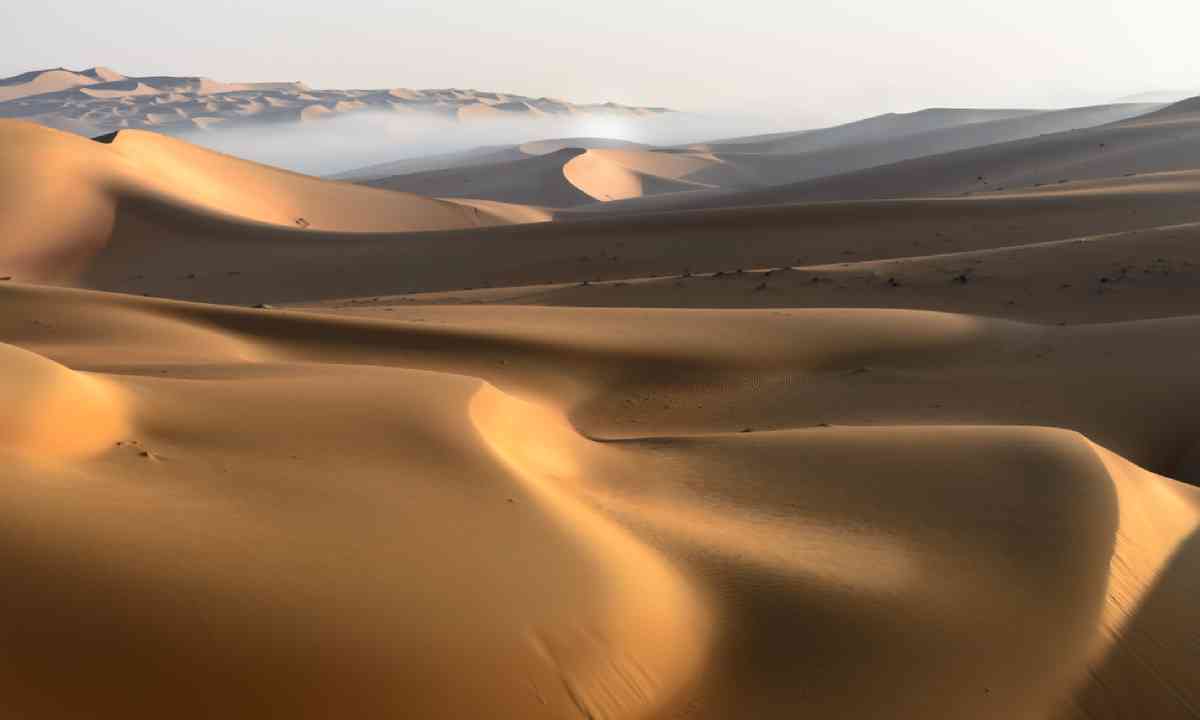 Whichever tuneful dune you visit, it needs to be totally dry to perform. Choose an especially arid spot, such as the 200m-high Eureka dunes of Death Valley: when the grains tumble down the dunes’ steepest face, they rumble like a distant plane.

Other surreal sandy spots include Mingsha, at Dunhuang, China; the dunes near Liwa Oasis, UAE; and the white Witsand Roaring Dunes in the Kalahari, South Africa.

AKA: 24-hour darkness, polarnatt, kaamos
What is it? When the sun stays below the horizon 24 hours a day – though the darkness is seldom absolute, with an ethereal twilight illuminating the skies for several hours (depending on date and location).
Where? The Arctic and Antarctic circles; the darkness’ length increases closer to the poles.

Sounds depressing? Polar night isn’t as gloomy as it sounds. The pink-golden dusk-light that does put in an appearance is cheery and cherished. Plus, the snowy landscapes reflect any rays, so the world feels that bit brighter. 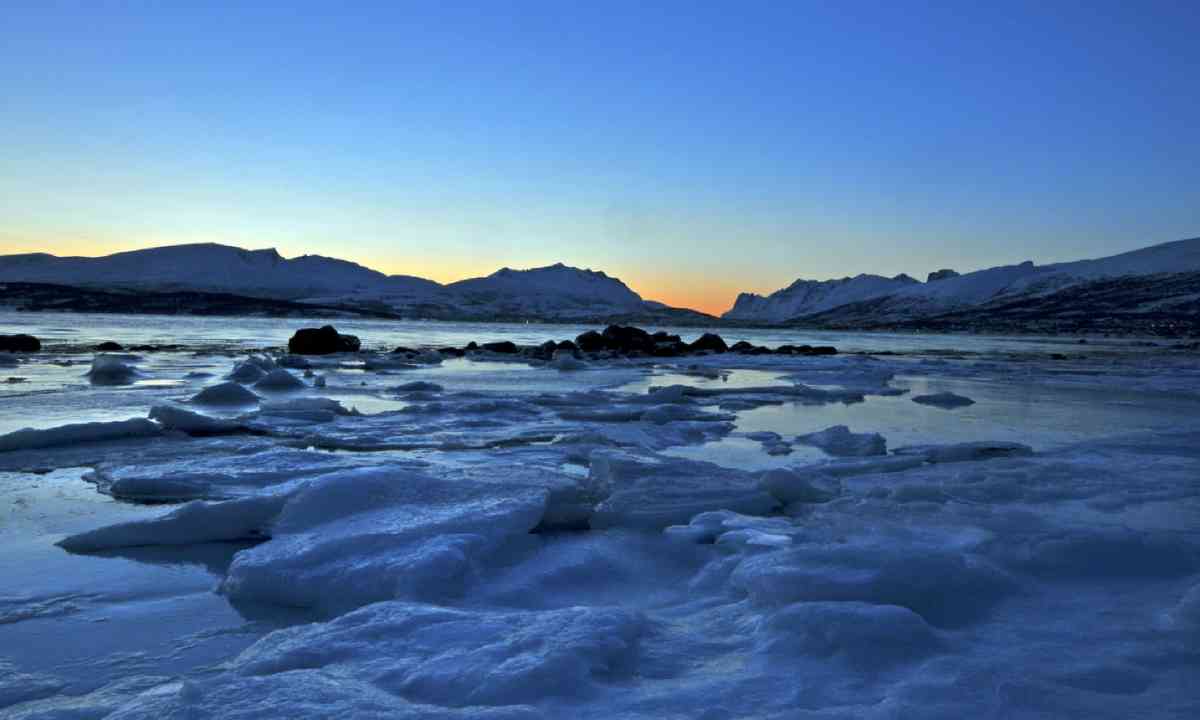 This is the time to hit the Arctic for winter high-jinks: husky-sledding, snowmobiling, cross-country skiing and general admiration of the icy north. The Svalbard darkness lasts from 14 November to 29 January: ideal for moonlit snowmobile forays, scouring for stars and drinking in the camaraderie at Longyearbyen’s bars.

Similar activities are on offer across Lapland, plus ski runs are illuminated and restaurants flicker with candles. Whalewatchers should visit Norway’s Andfjord, where pods of orca – along with humpback, fin and sperm whales – feed on herring during winter.

AKA: Aurora borealis, revontulet (fox fires), kinguyakkii
What is it? Light display caused by charged, fast-moving particles from the sun entering the earth’s atmosphere.
Where? Particles are driven towards the poles by the earth’s magnetic field, so northern lights are more prevalent above the Arctic Circle; however, displays are seen further south. 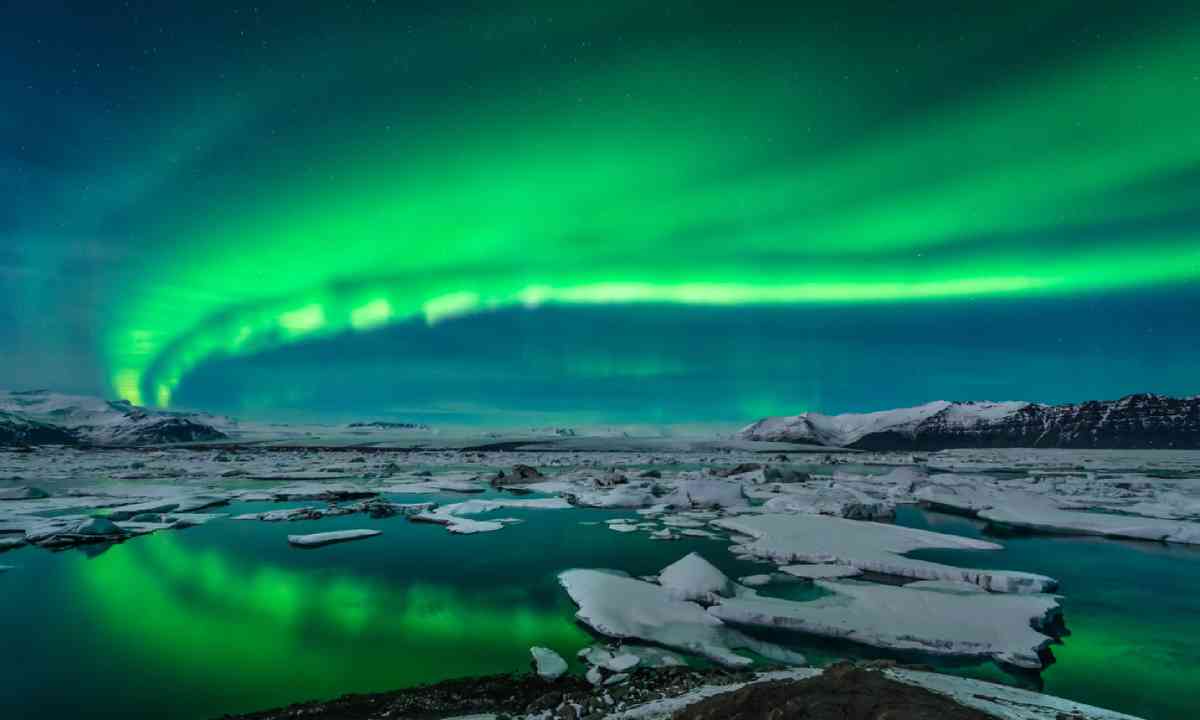 You need dark skies, clear skies and a little luck. Aurora is a fickle maiden – sometimes flashy and brazen, sometimes coquettish or unforthcoming. But if you head to the far north, between September and March, for several nights, you might see the heavens erupt in a fantasia of swirling yellow-purple-green.

Good spots include: Sweden’s Abisko Sky Station (renowned for cloudlessness); the Northern Lights Centre at Whitehorse, in Canada’s Yukon; and Finnish Lapland, where it’s estimated there are around 200 auroral displays a year.

AKA: Bio, bioluminiscencia
What is it? Light produced by a chemical reaction within living organisms – such as glowworms and fireflies – causing them to glow or flash. But in certain marine environments, plankton called dinoflagellates emit a bluish flicker when agitated – nature’s prettiest defence mechanism, creating the feeling that you’ve paddled into liquid light.
Where? Those tiny dinoflagellates like unpolluted saltwater lagoons with little tidal exchange with the ocean; in the tropics, hotspots are usually fringed by mangroves. 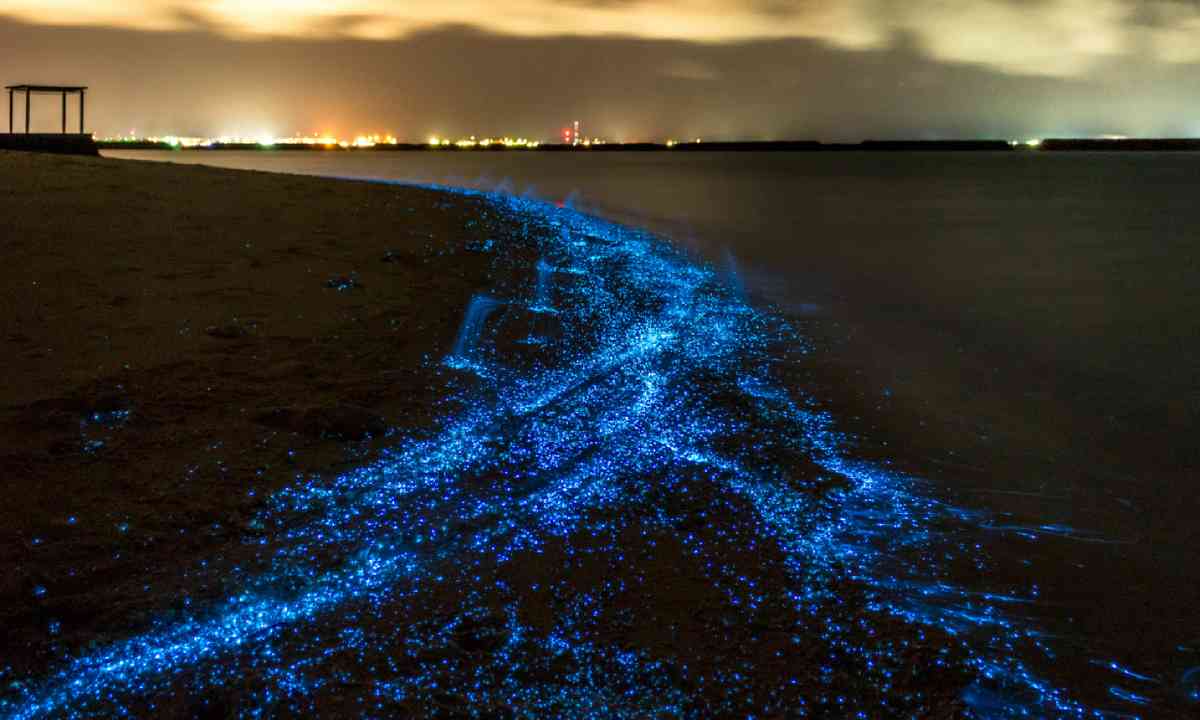 Illumination of plankton in the Maldives (Shutterstock)

Plunging a paddle through bio-producing waters is like being a wizard with a wand. A stroke sees the sea ignite; flick the oar and gleaming droplets scatter like fairy dust. Magic.

There aren’t many places were this showy plankton thrives. The Caribbean has several: Puerto Rico’s Mosquito Bay claims to have the world’s brightest bio; here, kayak and electric boat trips head out after dark. Jamaica and St Croix also have bio bays for spectral paddles. Note: bio glows brighter on a dark night – pick a date close to new moon.

AKA: Twister, whirlwind, bear’s cage
What is it? A ferociously spinning column of air that is in contact with both the ground and a cumulonimbus cloud above.
Where? Tornadoes can occur anywhere though are most common in mid-latitudes, as storms form where cold polar and warm tropical air meet. The USA is twister central, annually recording the most (1,000-plus a year) and the most violent. 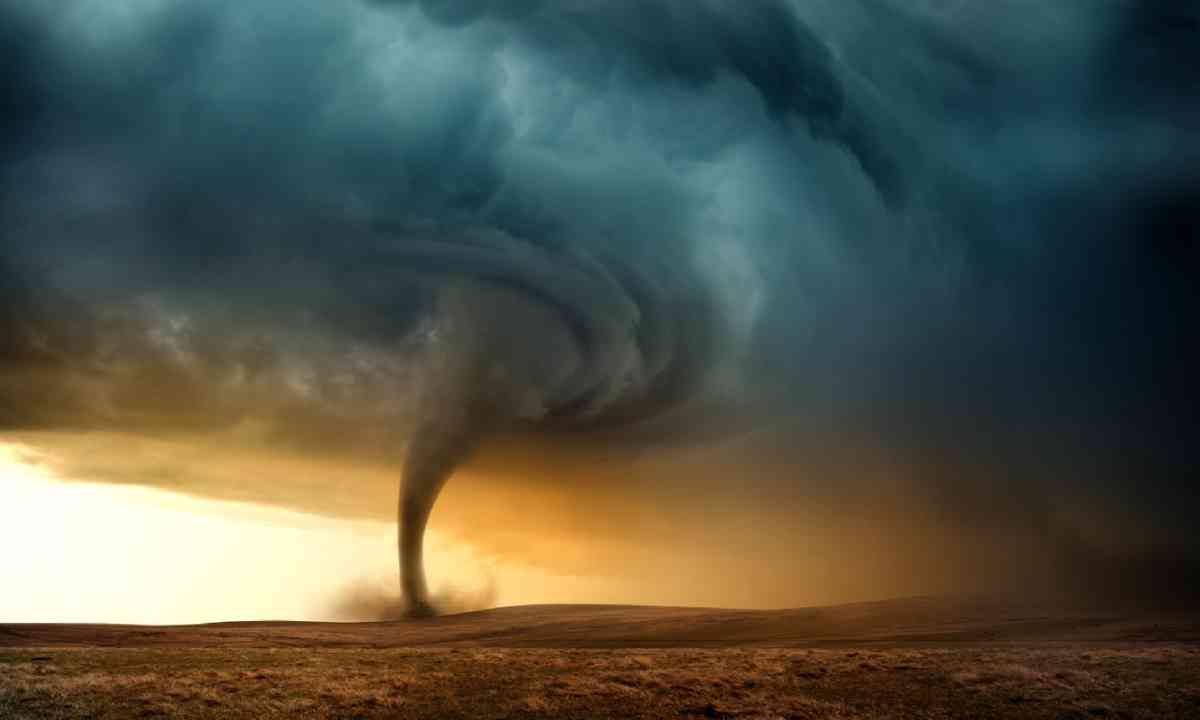 First, safety warning: storms should not be chased by the inexperienced. Join a storm-watching tour to get close to these dervishes of nature. The hotspot is Tornado Alley, which extends from west Texas through western and central parts of Oklahoma and Kansas and across Nebraska.

The best watching is in areas with few trees, to enable clearer views; the most intense months are April to June. A good operator will know how to read both weather data and the skies to locate the twisters, and drive you to the most likely place for storm o’clock: 4pm-6pm is prime time.

AKA: Thermal spring, gusher, spout
What is it? A hot spring in which water intermittently boils, ejecting a column of water and steam into the air.
Where? Geysers are found where the right geological conditions combine: subterranean hot rocks, ample groundwater and a vent to the surface. Most occur in the USA, Russia, Chile, New Zealand and Iceland.

Visiting geyser territory is almost like space travel – the landscapes where they occur are usually steaming, sulphurous and strange, painted odd colours and whiffing of egg. They are a rare and fickle phenomena; of the 1,000-plus that exist, many don’t erupt regularly; some might only spew once a year, or once a decade, or cease to blow altogether. 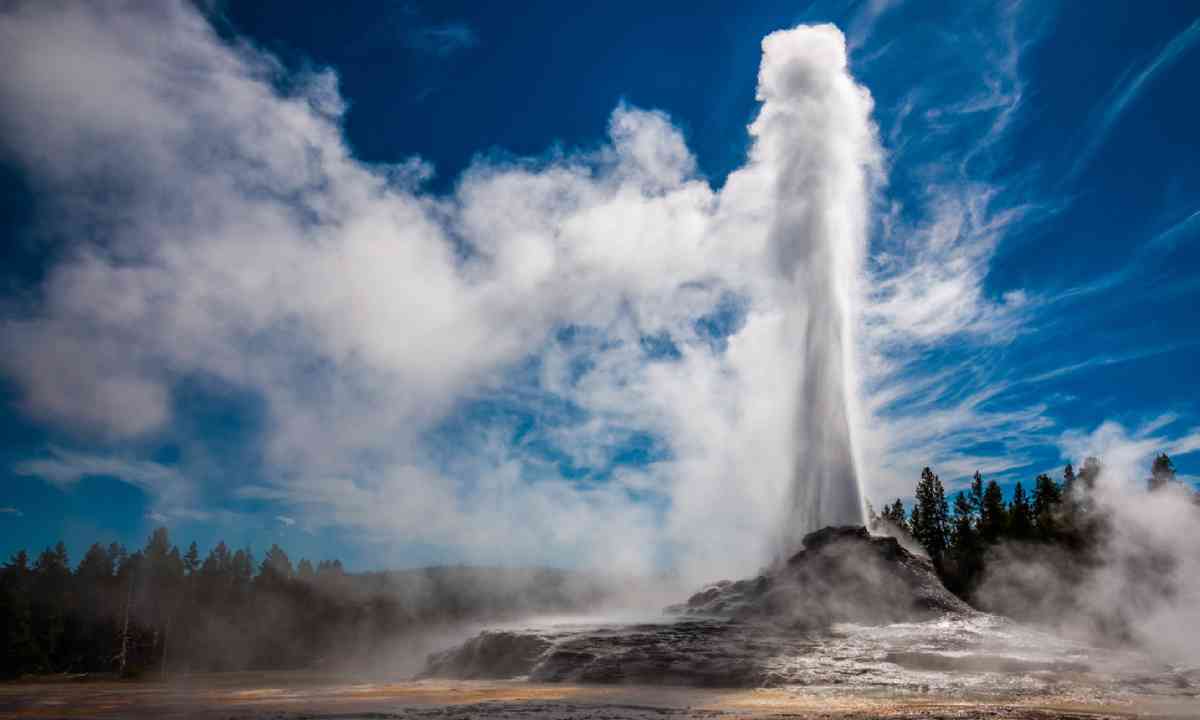 That’s what makes Yellowstone’s Old Faithful such a draw – it reliably explodes 55m high every 60 to 110 minutes. But the park has other, less-crowded spouters: the Geyser Hill Loop walk passes 30, plus fumaroles and hot springs.

Iceland is the rightful home of the geyser: the term comes from the Icelandic geysa (‘to gush’). The island’s Great Geysir was the first described, though nearby Strokkur is more reliable, going off every four to eight minutes.

AKA: Glacieres, eishöhle, grotta ghiacciata
What is it? A natural cave containing a sizeable amount of ice year-round. This is distinct from a glacier cave, which is a cave formed within ice.
Where? Worldwide, temperature and geology willing. Formations inside vary, from icicles and frozen waterfalls to crystals and frost feathers. 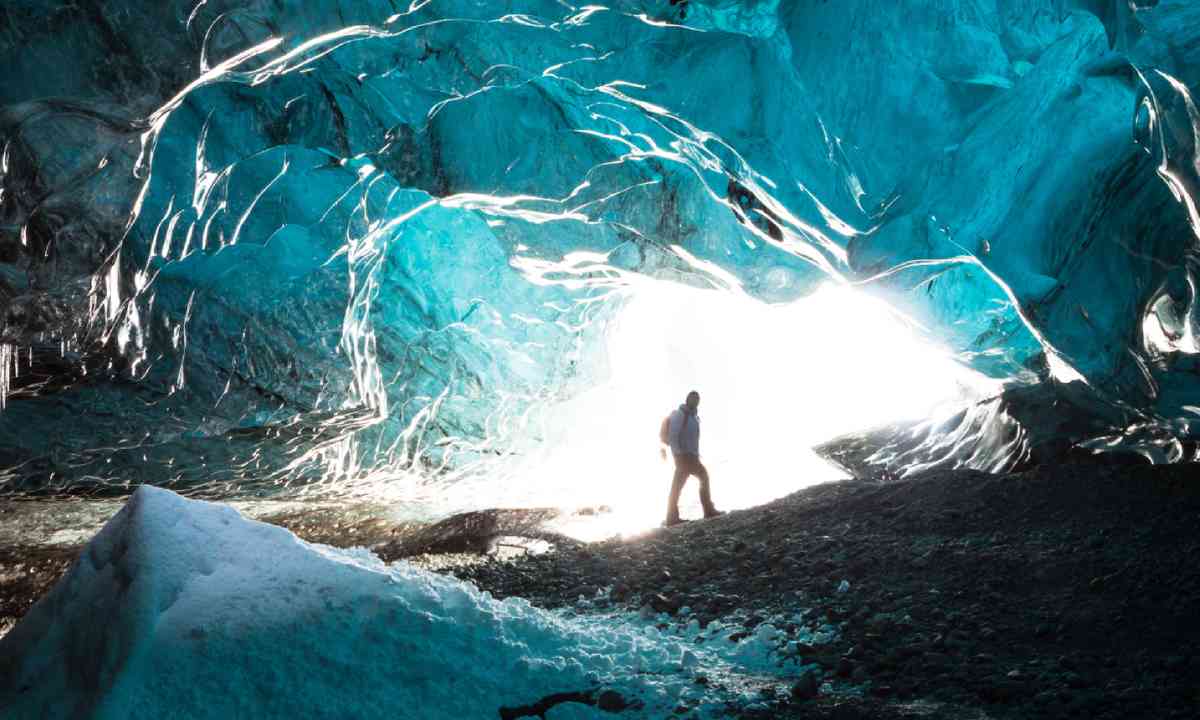 Inside an icecave in Vatnajokull, Iceland (Shutterstock)

First, ice caves. Slovakia’s UNESCO-listed Dobšinská has some of the thickest ice, and tours lead amid its stalagmites, stalactites, flowstone crusts and layers of ‘moonmilk’. Other astonishing ice caves include Eisriesenwelt, Austria – the world’s biggest – and blue-green Bandera, New Mexico.

Glacier caves are less stable, fluxing with the movement of the floe. However, Iceland has explorable ones – Mýrdalsjökull, Skaftafell, around Vatnajökull – or try Mendenhall Glacier Ice Caves in Juneau, Alaska.

AKA: Animal locomotion
What is it? Mass movement of animals over a large distance on a seasonal basis.
Where? Most famous, of course, is Kenya and Tanzania’s Great Migration of around two million wildebeest, which circle the Serengeti and Masai Mara looking for good grazing. 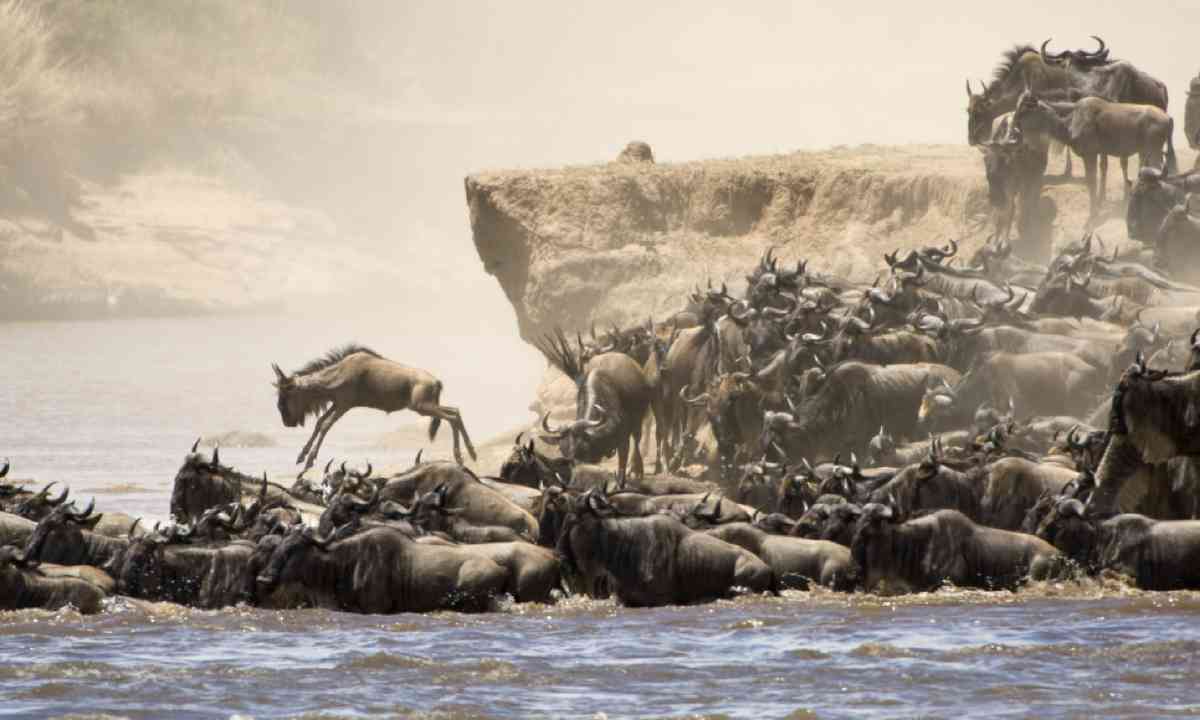 The Great Migration is most dramatically witnessed June-September, when the huge herds cross croc-infested rivers. But there are also vast numbers of wildebeest on the move in Zambia’s Liuwa Plains (June-October) and Botswana’s Makgadikgadi Pans, where many of the 30,000 wandering ungulates are zebra.

Caribou make the longest migration of any land mammal, with some covering over 4,000km each year. The 130,000-strong Porcupine Herd of Alaska’s Arctic National Wildlife Refuge can be seen on wilderness trips June-August.


Main image: Inside an icecave in a glacier, Iceland (Shutterstock)