1. Sea kayaking in the Sporades islands

With its calm and crystal-clear waters, sea kayaking in the Sporades archipelago is like paddling in a swimming pool – only much more spectacular! Conditions are perfect for beginners, and once you've mastered the key techniques you'll be able to soak up your surroundings and ease into the gentle pace of life on the islands. 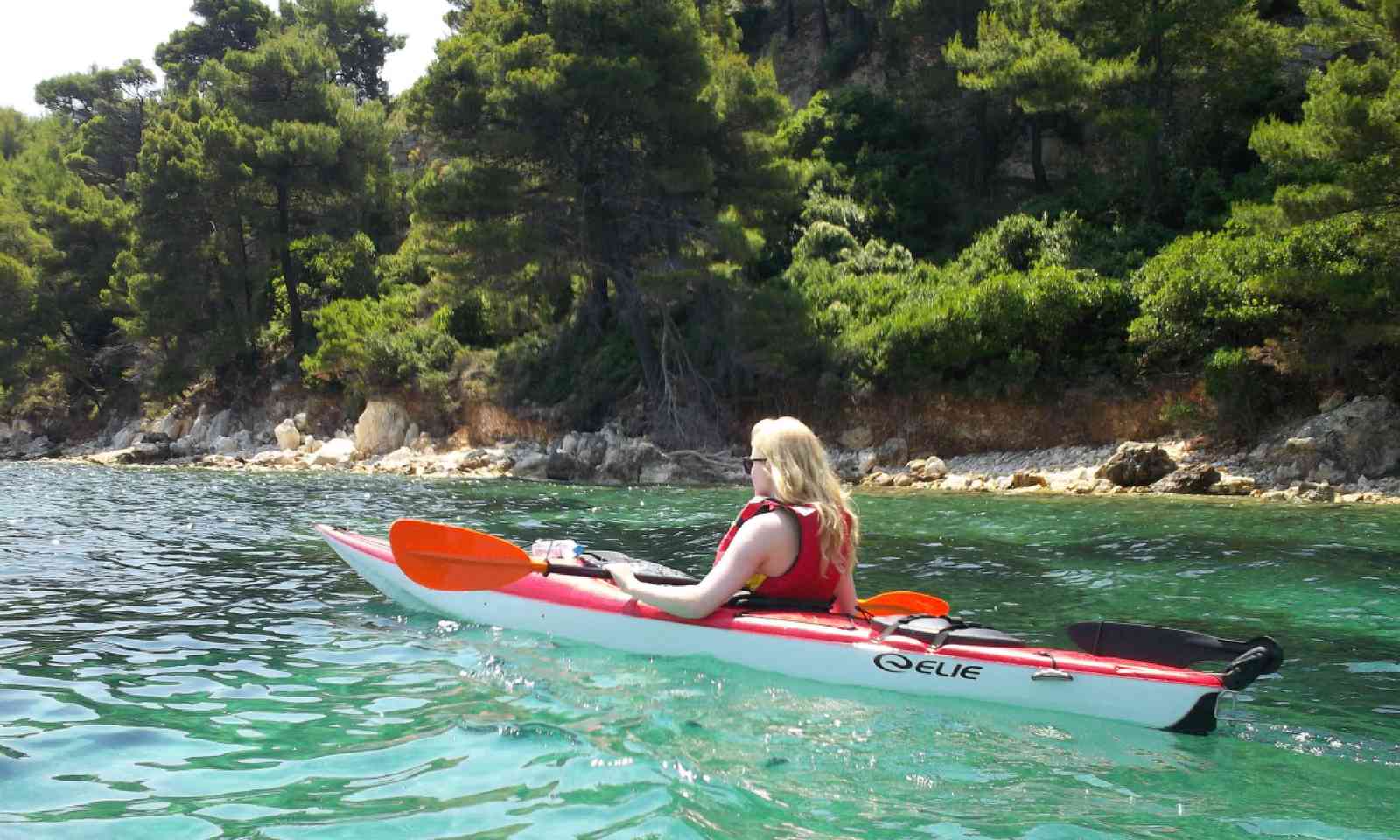 There are coves, sea caves and far-flung beaches to discover, with plenty of opportunity to stop for snorkelling and picnics on uninhabited islands.

The island of Kalymnos is a rock climber's heaven : it has over 2,000 established climbing routes, although many rock formations remain unexplored. 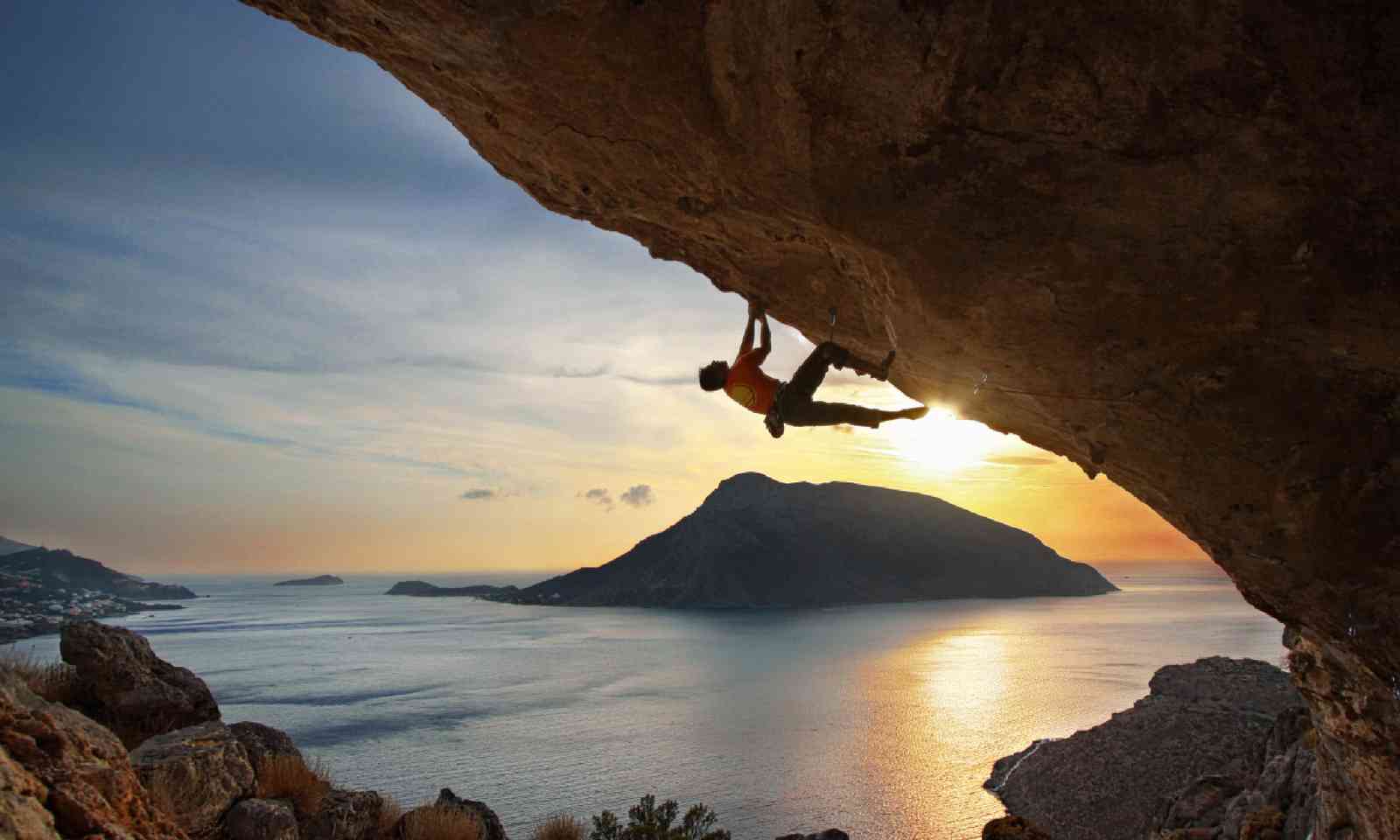 The vast limestone cliffs range from easy to challenging – and if the action doesn't make you catch your breath, the view certainly will. Try a coastal climb for bird's eye vistas of the Mediterranean and the other Greek islands.

The breeze on Greece's beaches isn't just handy for cooling down while you're sunbathing: it's perfect for windsurfing and kite surfing, two of the country's fastest-growing sports. 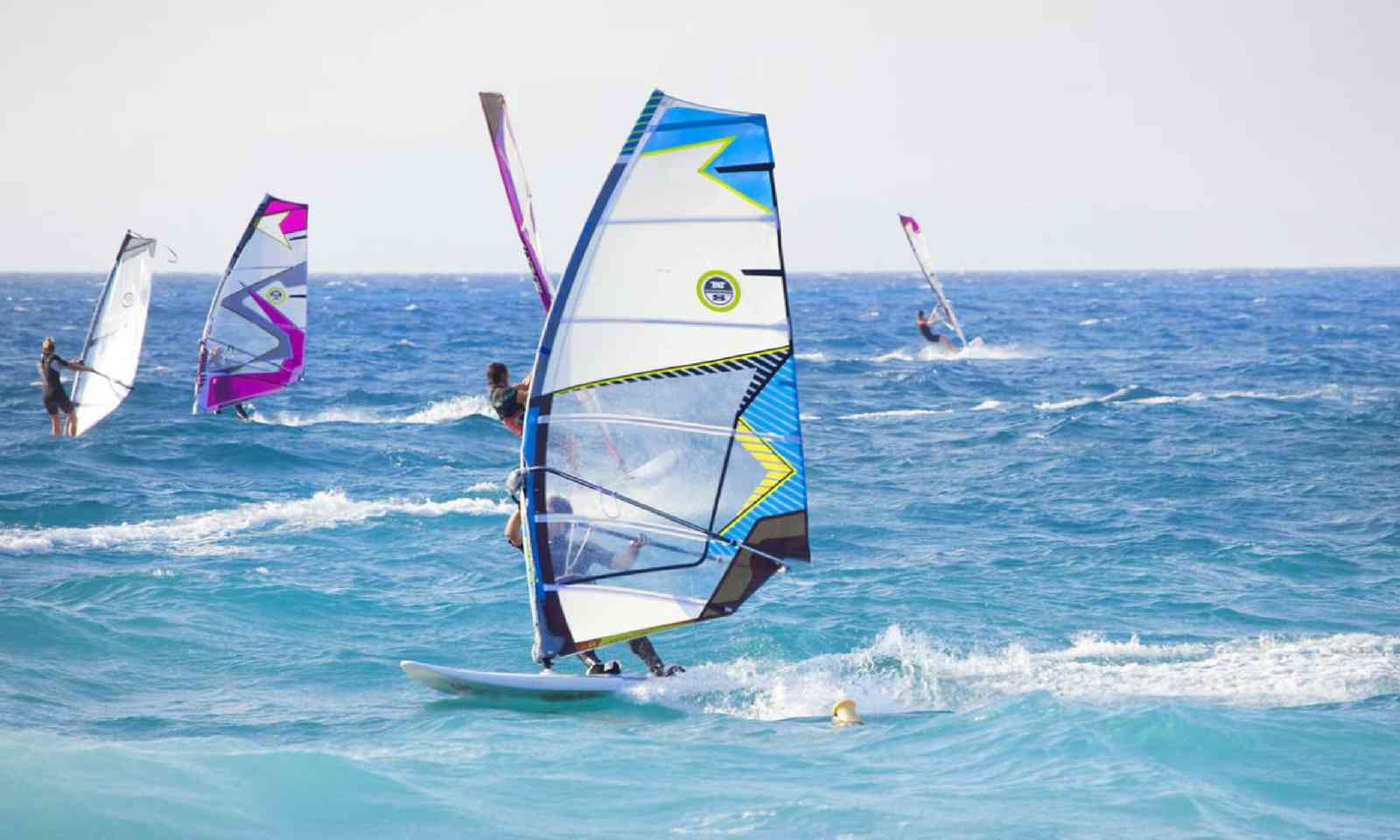 Adrenaline junkies flock to Rhodes, Lefkada and Paros for the best conditions – there are lots of local clubs to choose from, with lessons and guided trips too.

Have your own Olympian moment on the wild slopes of Mount Olympus, a daunting yet thrilling peak within easy reach of Thessaloniki. The mountain is rich in natural beauty (it has over 30 species of mammals and 100 species of birds), and the mountaineering trails will test you. 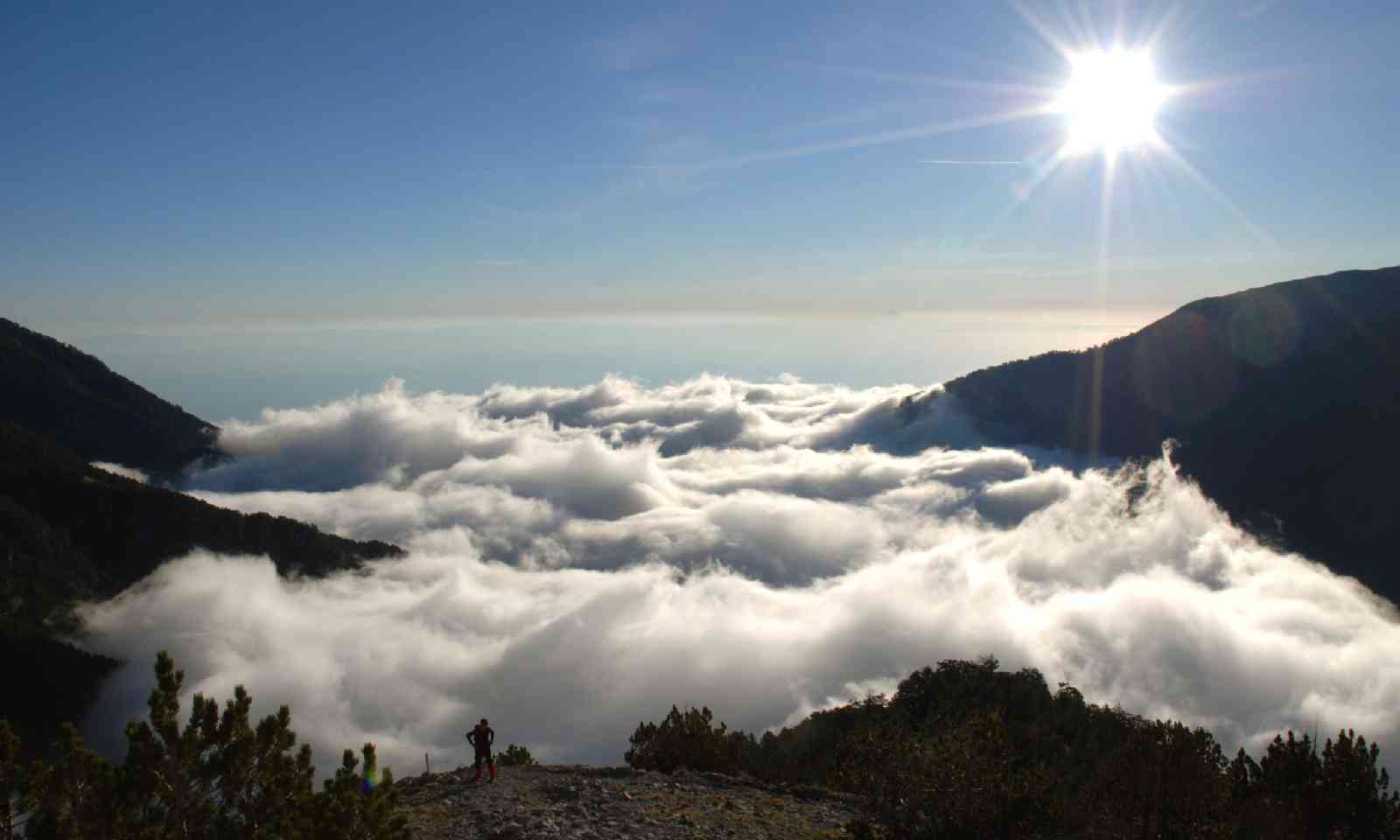 See the official website for routes and itineraries – from meanders along relatively gentle slopes, to challenging treks for ambitious peak-baggers.

Northern Greece has ski slopes to rival those of its better-known European neighbours – with great-quality snow fall, good schools, and a hearty apres ski scene. Base yourself in the quaint mountain village of Seli, to ply the slopes of Vermion Mountain with the locals – or try the challenging slopes of Tria Pente Pigadia Ski Centre, also in northern Greece. 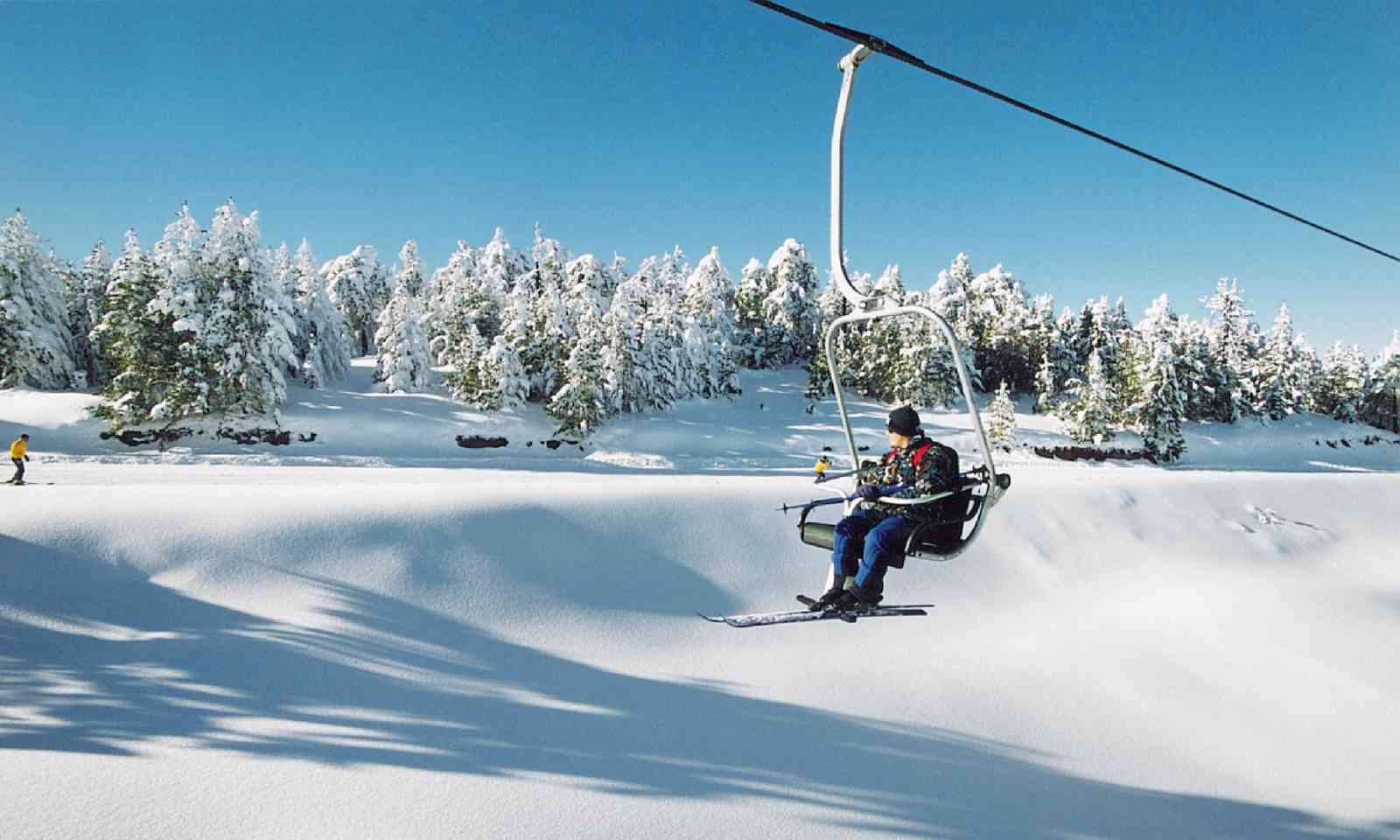 6. White water rafting in the Peloponnese and Epirus mountains

With its dramatic mountainous terrain and deep fast-flowing rivers, Greece was made for white water rafting. 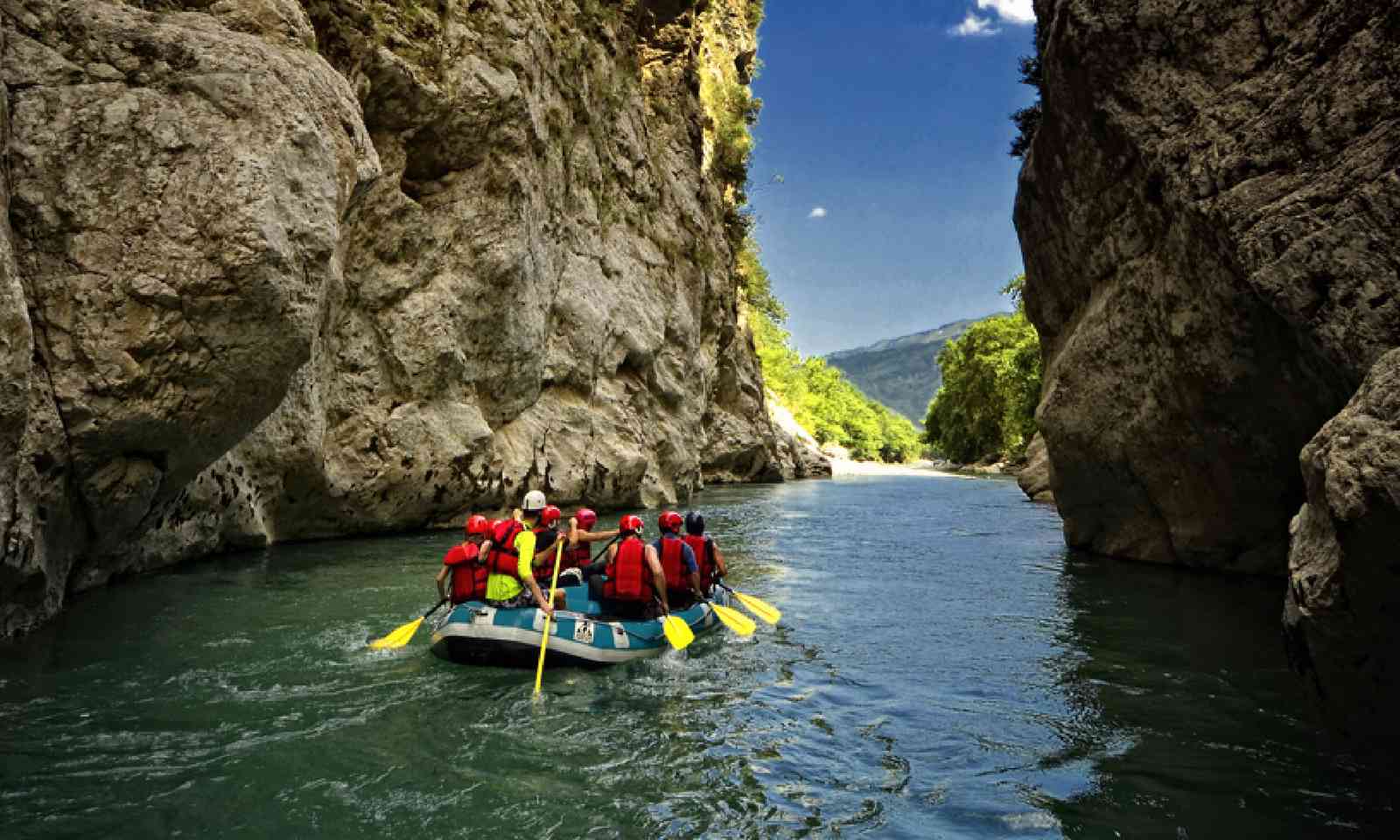 Test your nerve in the Peloponnese or Epirus mountains, where rapids spill through lush pine forests, alongside remote villages, and under waterfalls – the rivers of Lousios in Arcadia and Voidomatis in the Zagori area of Epirus boast particularly picturesque (and thrilling!) white water routes.

Lose yourself in the wild herb-scented trails of Naxos and Kea islands – a glorious mini adventure in the autumn, winter or spring months. Crunch your way along rocky paths from the coast towards inland mountains and villages, and take your pick from easy or challenging routes. 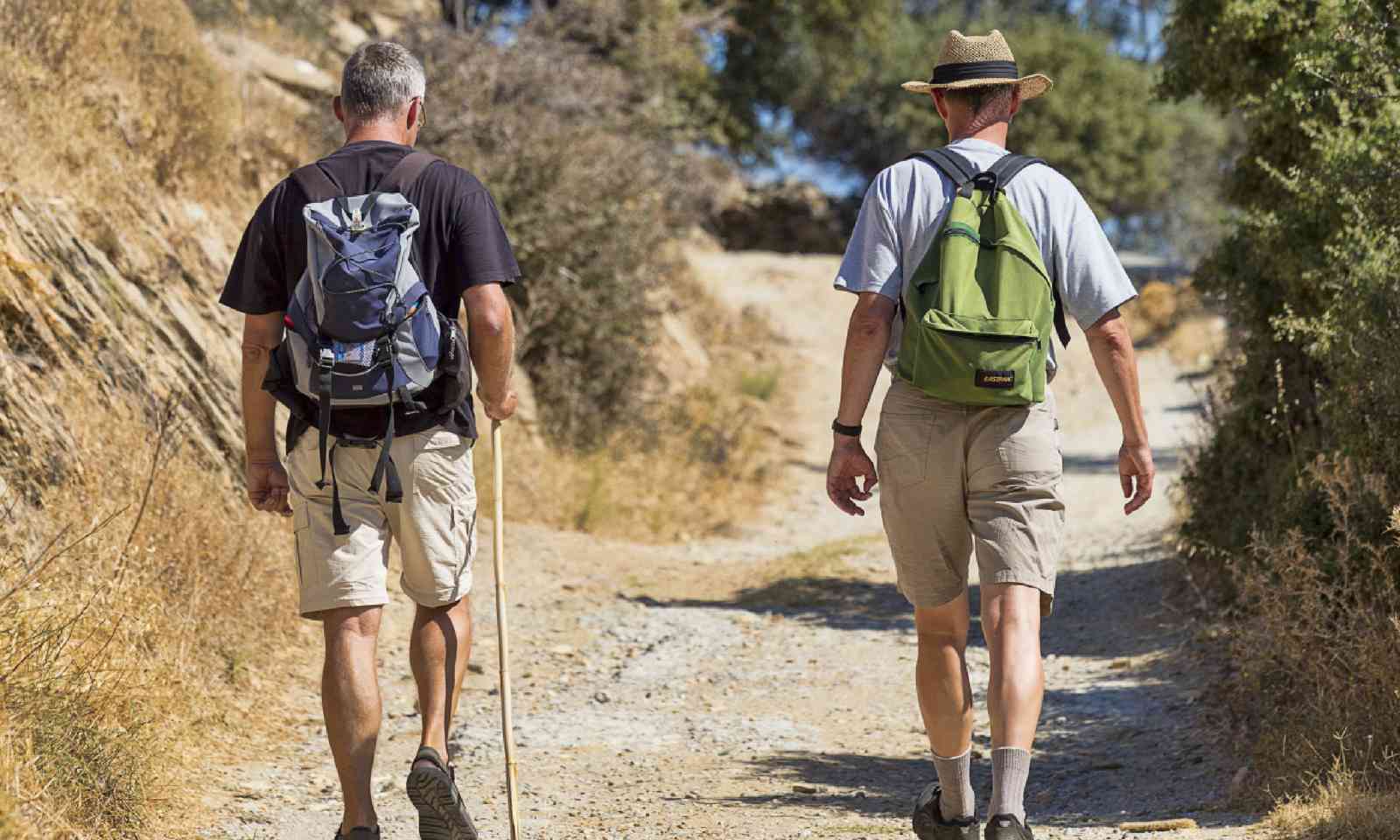 The trails on Kea meander past rock formations, secluded beaches and ancient chapels, while Naxos has more vertiginous views. Why not try hiking to the summit of Zas, the Cyclades’ highest mountain?

Over 300 different bird species can be found in Lake Kerkini: it's one of the most important wetlands in Europe, and a haven for endangered types too. 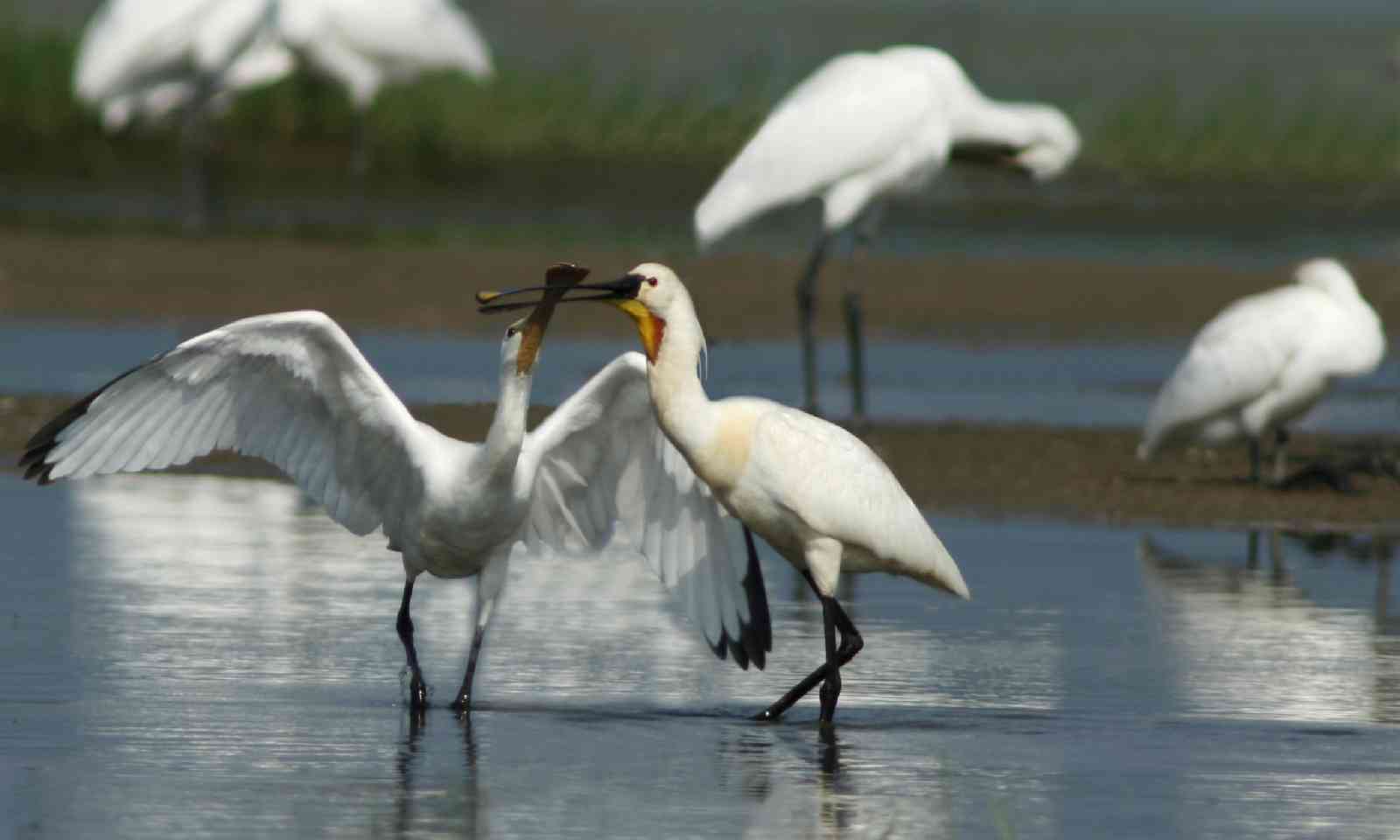 Bird watching is best during the spring and autumn migration periods, but you're pretty much guaranteed memorable wild encounters all year round. Not a keen twitcher? Try canoeing on the lake, or heading into the surrounding hills on a mountain bike or walking trail.

9. Touring by train in Pelion

Scale the mountain of Pelion without breaking a sweat – just book a seat on the Mountzouris, the traditional steam train which does all the hard work for you. 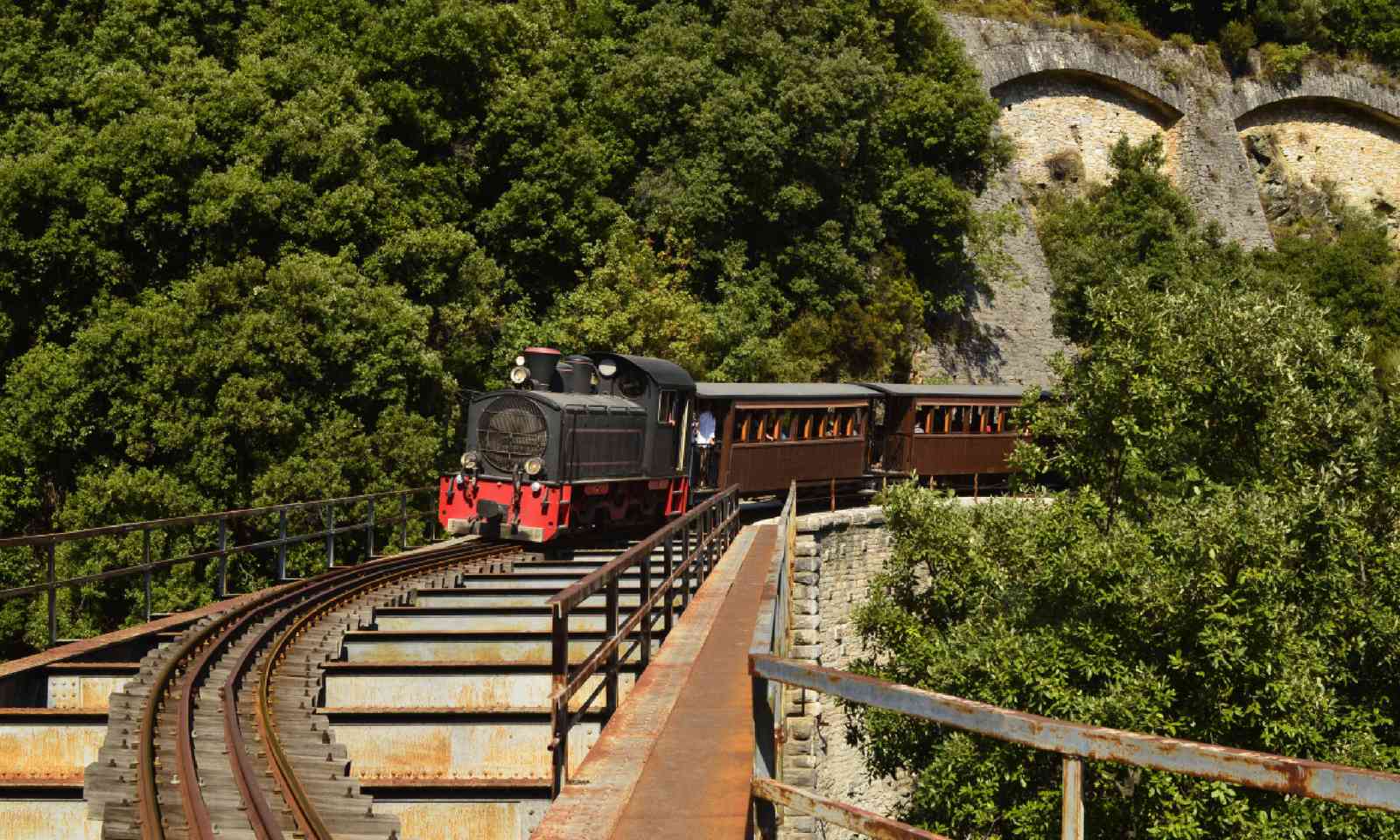 It's an easy way to get very remote very quickly, and offers a glimpse of some of Greece's more far-flung mountain villages and spectacular valleys. The train has been operating since 1895, and was originally designed by Italian engineer Evaristo de Chirico.

Beneath the surface of Greece lies a whole new world to explore. There are over 8,500 caves throughout Greece – many of which have hidden key anthropological artefacts. 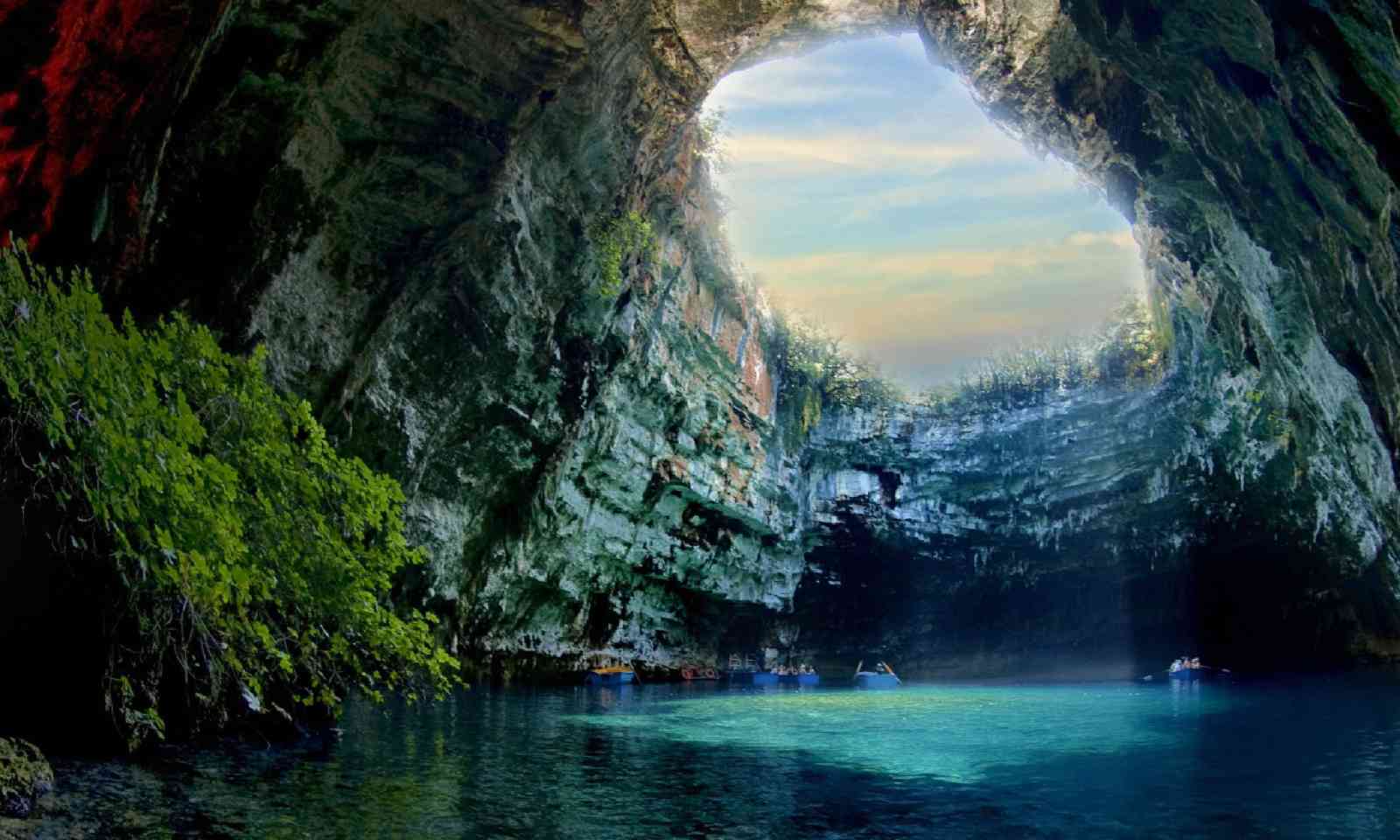 Explore the palatial caverns of Mellisani in Kefalonia, an underwater lake with a ceiling of sharp stalactites. You'll venture by boat into the depths of the island, before emerging into a clear-water cave: a thrilling off-grid adventure.

This article was produced in partnership with the Greece National Tourist Office. For more information on Greece, see visitgreece.gr