Want the romance of the railways, the thrill of the track? Whether you crave luxury or by-the-seat-of-your-pants adventure, these train journeys are among the best in the world...

The luxurious coaches of the E&O (pictured above), complete with opulently furnished apartments, a well-stocked library and a resident pianist, are the ultimate way to explore both western Malaysia and the route from the Thai capital to the country’s northern jungles.

On both itineraries, stops are made for excursions to local sights, including the River Kwai and the extensive ruined Buddhist temples of the former Thai capital, Ayutthaya. In keeping with the elegant ambience, you must dress for dinner.

Make it happen...
Find fares at belmond.com. Don't have a spare £1,330 for the luxury ticket? Why not try doing the Bangkok-to-Butterworth journey by local train and ferry – for roughly £95? Roger Norum did just that...

The famous railway from the former capital of the Incas to Machu Picchu has overshadowed the southerly route from Cuzco to the world’s highest navigable lake. Yet the scenery along the Huatanay River is every bit as spectacular, and easily viewed from the train’s observation  and dining cars.

Valleys, hills and colonial churches give way to the burnt expanses of the Altiplano before snow-topped peaks announce the train’s highest reaches – a head-thumping 4,321m. The track then descends past tiny villages and waving grasses before hitting Titicaca’s shores – a boat trip to the lake’s islands is not to be missed. 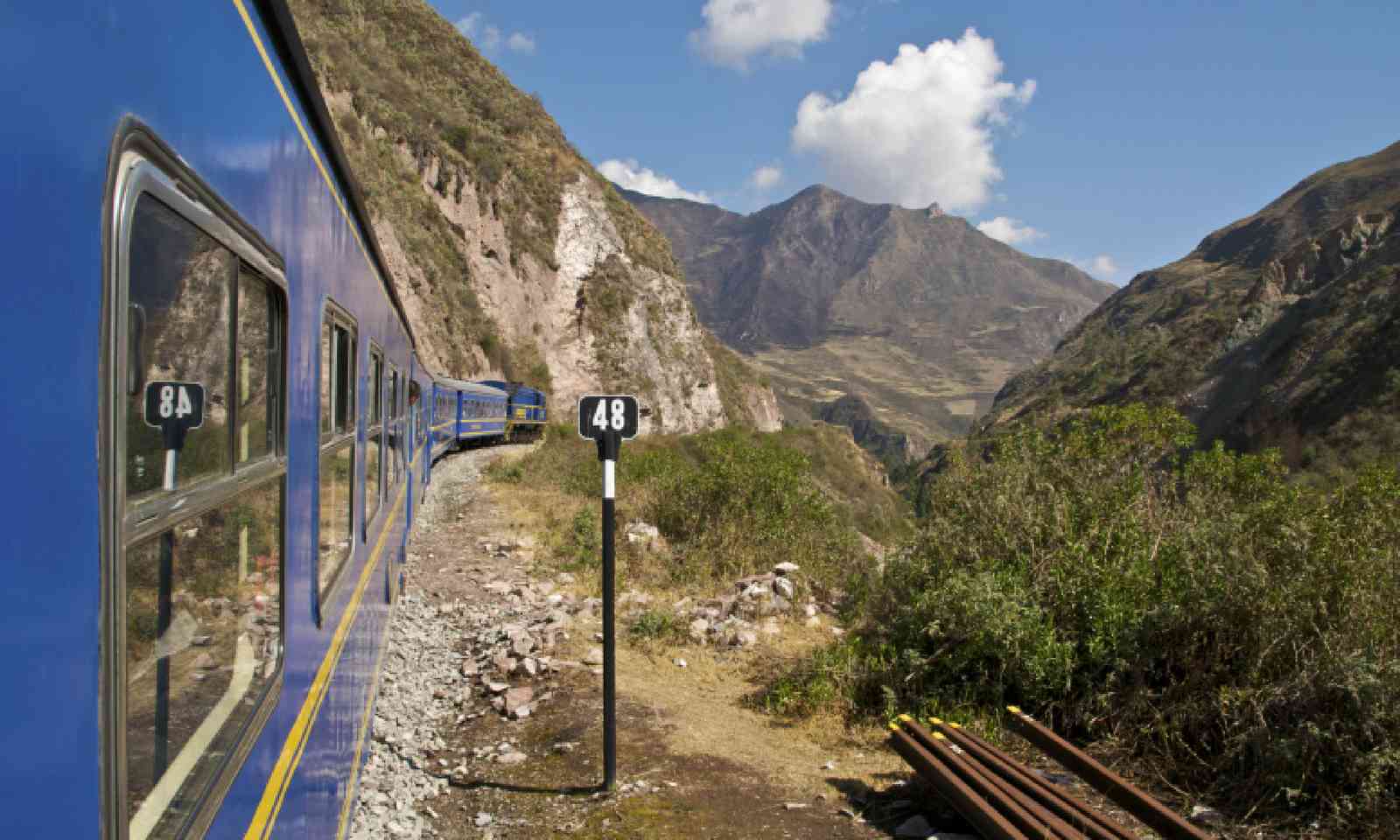 Make it happen...
You'll find fares at perurail.com. Not sure where to start at Machu Picchu? See the Wanderlust guide to squeezing the most out of your trip to the icon...

Regarded as Amtrak’s flagship train, the Southwest Chief follows a centuries-old route once trodden by Native Americans, Spanish conquistadores and Gold Rush hopefuls. Fields of waving wheat give way to deserts and ranches as the train advances past Dodge City and the Sacramento Mountains, squeezing through canyons only metres wider than the track it travels on. 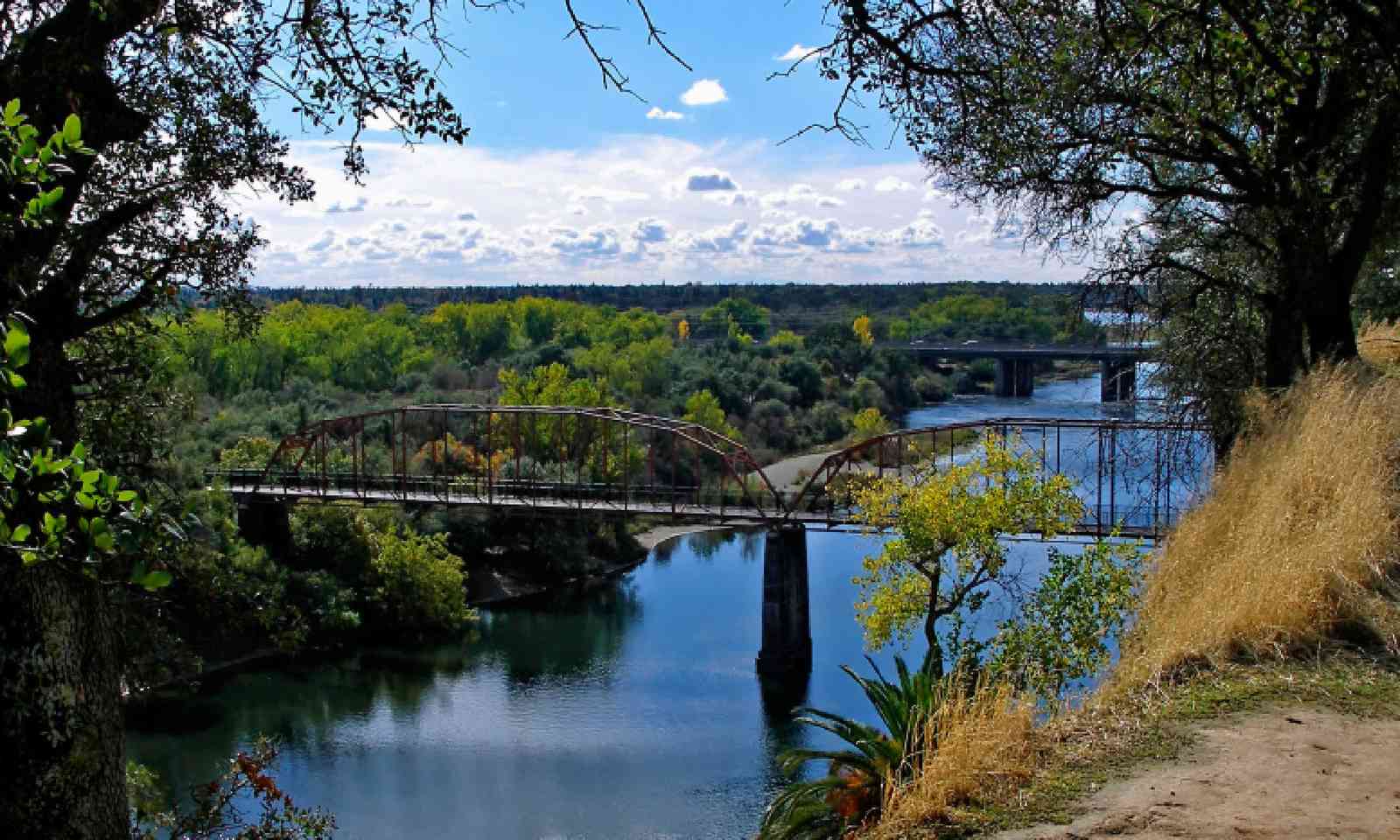 In common with other long-distance train journeys, it is impossible not to sleep through some of the scenic highlights, so stops at places such as Williams (Arizona) for the steam-hauled excursion on the Grand Canyon Railway are well worth it.

Make it happen...
Find fares at amtrak.com. John Pitt tackled the USA by train: a glamorous and surprisingly cheap journey...

Linking the great skiing centres of Zermatt and St Moritz, the Glacier Express is justifiably regarded as the foremost train journey in Europe. Passengers loaf in carriages while an astounding variety of Alpine landscapes drift by: steep-sided valleys decorated with precarious farmsteads; the wild, treeless country where the infant Rhône meanders; the bizarre, sculptural white stone of the Flims gorge. 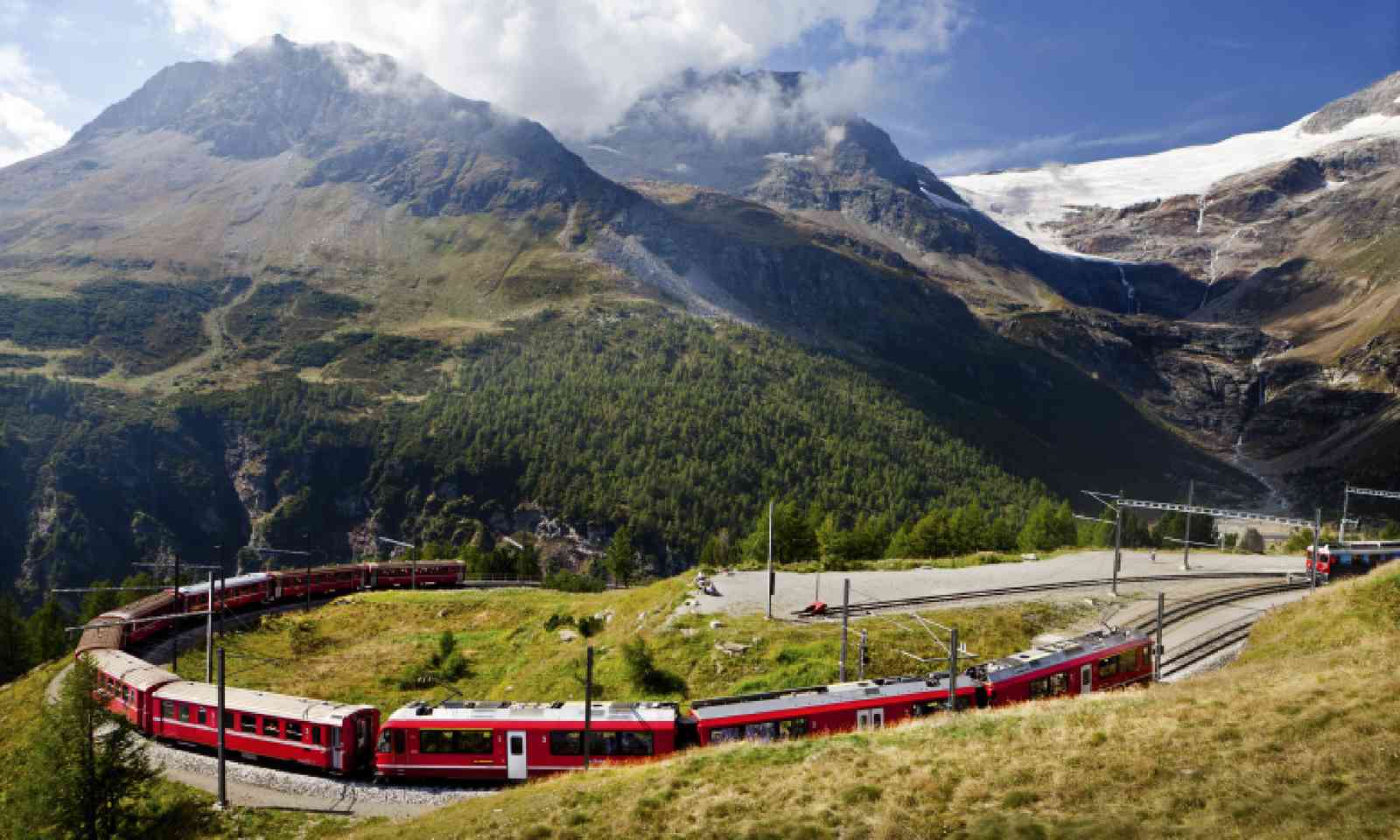 You have to marvel at the daring of the engineers who used spirals and horseshoe curves to surmount the route’s alarming gradients – and at the cunning of the train staff who serve fruity Valaisian wine in glasses with angled stems to compensate for the steep slopes.

Make it happen...
If you plan to do a lot of travel by public transport in Switzerland, invest in a Swiss Pass – then you need only pay the seat reservation surcharge. The Glacier Express is number 4 on our list of Switzerland's best experiences – to discover the other unmissables, see our ultimate Switzerland guide...

5. The Canadian, Toronto to Vancouver, Canada

The Canadian is only rivalled by the Trans-Siberian for giving passengers an uninterrupted impression of the scale of a continent, and even this journey is not coast to coast – purists would need to start 1,800km to the east in Nova Scotia. 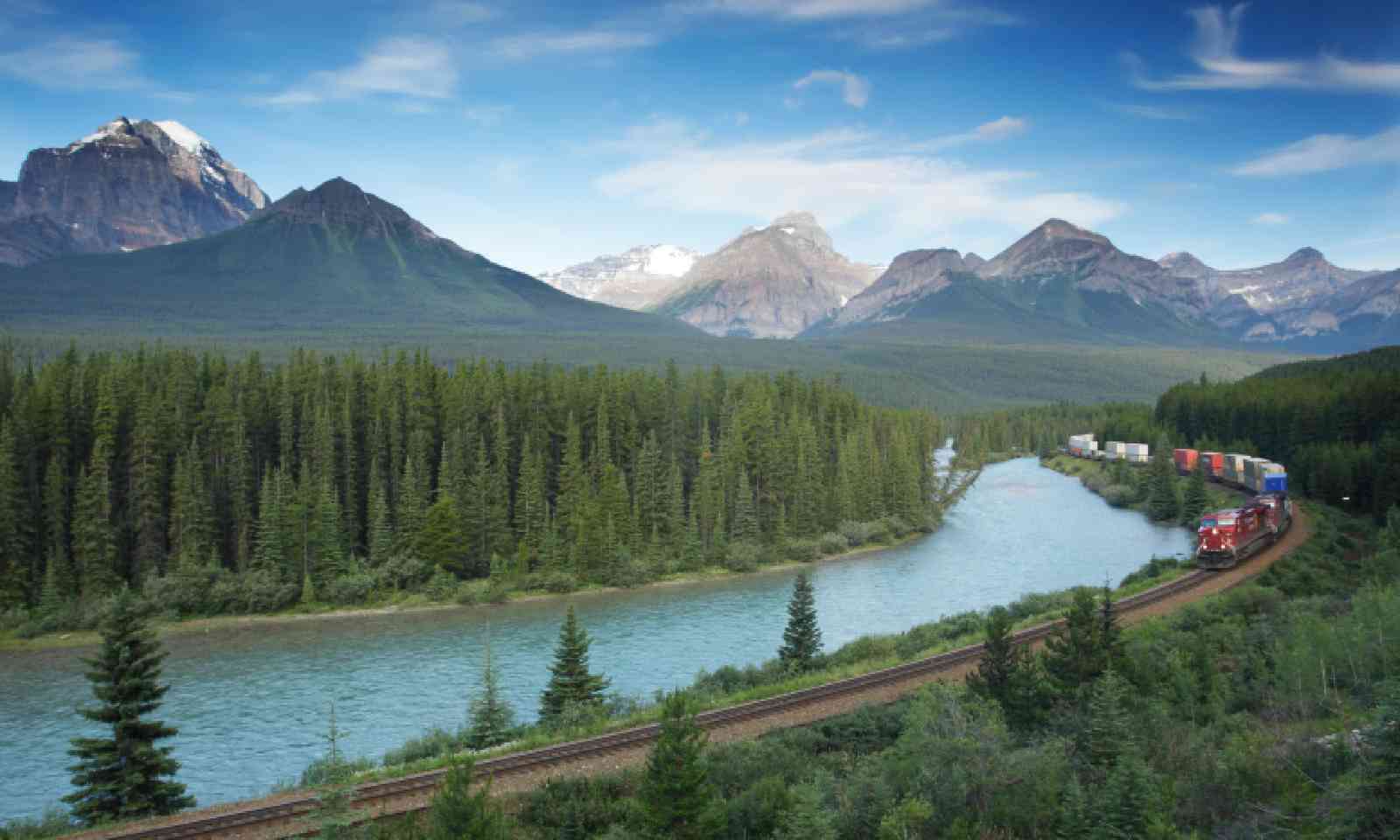 Wind down in the bar as you cross the prairies before the twists and turns of the track announce the approach of the Rockies, then bag a seat in one of the vista-dome panoramic viewing cars as the driver obligingly slows to extend your views of waterfalls and other scenic treats. From Jasper onwards you’ll see bear and moose by the track. It’s pure Rocky Mountain wilderness all the way down to Vancouver.

Make it happen...
Find fares at viarail.ca. In 2012, Catherine Hill won a Wanderlust competition to travel across Canada by rail – you can read about her experiences here and here.

Designed to be the colonial government’s retreat from the oppressive heat of Delhi, Shimla not only boasts clean, cool air, but also the majesty of the western Himalayas and the most imposing imperial buildings created in a hill station. 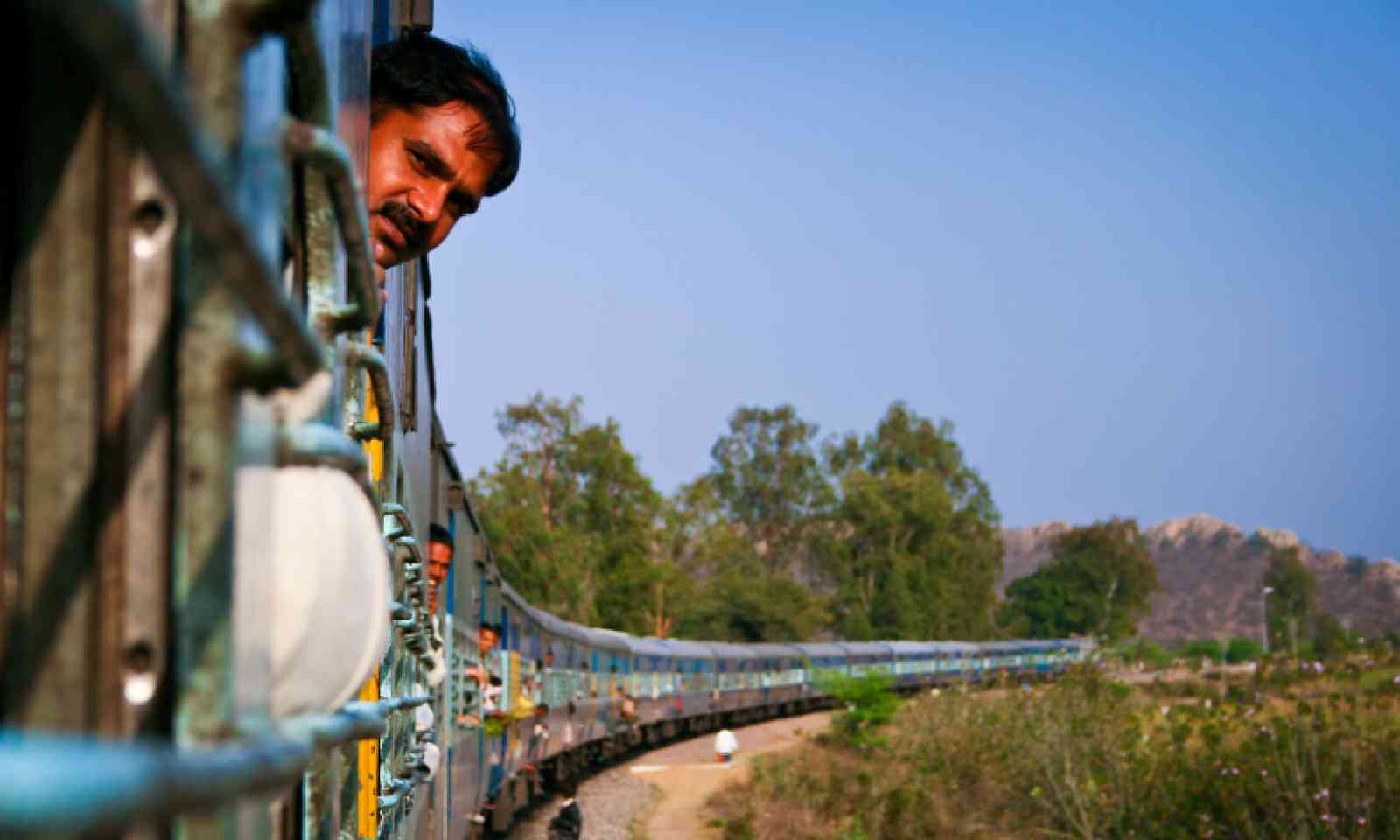 After a dash across the plains of Haryana to Kalka – either aboard the Himalayan Queen, or on the more leisurely overnight Kalka Mail – a narrow-gauge train winds through the foothills of the Himalayas for 75km, crossing 800 bridges and burrowing through more than 100 tunnels to get to the summer capital of the Raj.

Monisha Rajesh, author of 'Around India in 80 trains', gives her 6 tips for travelling around India by rail. Travelling with kids? Don't dismiss this trip – or India as a whole – writes Will Gray. For other short-hop rail itineraries in India, see our 10 favourites...

This 700km track from the Pacific coast to the former silver-mining city of Chihuahua at 1,412m above sea level was only completed in 1961. Now it climbs through the Sierra Madre Mountains, over immense viaducts and through 87 tunnels, as it struggles to gain height. 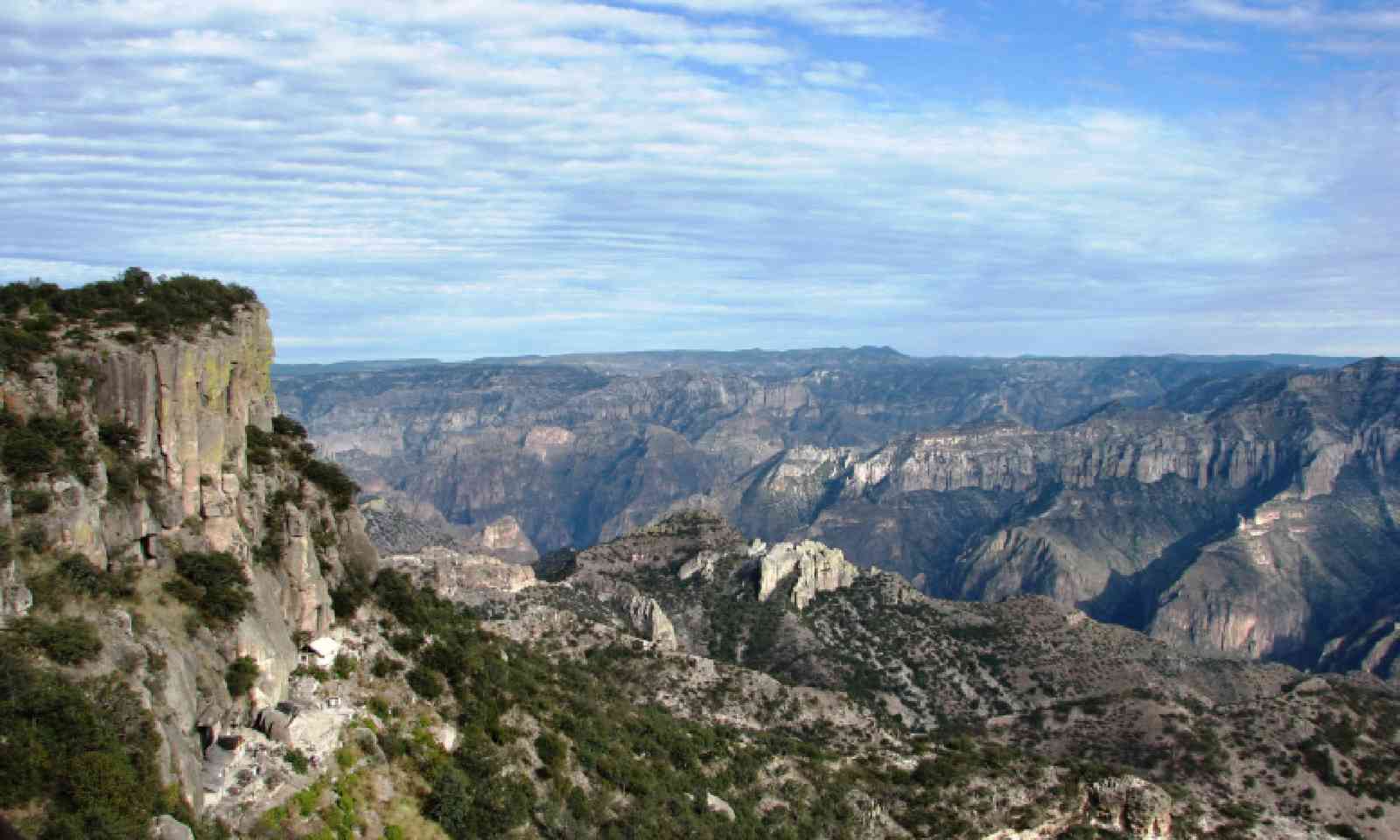 You can’t see the volcanically formed Copper Canyon from the train, but a stop is made at Divisadero to allow passengers to walk to the rim and take in the view. And what a view – with the contiguous Urique Canyon, it is four times the length of the USA’s Grand version.

Make it happen...
Follow in the footsteps of Richard Grant, who hopped aboard the Chihuahua al Pacifico on a journey of hairpin bends, corn beer, and scary religious effigies.

Arguably the most impressively engineered line in France, this neglected byway deserves greater recognition. The Cévennes Line threads its way through country explored by Robert Louis Stevenson on the back of his donkey Modestine during the 1870s. It is some of the most remote country in France: farms are few and far between, and there is only the occasional ruin of an ancient castle to indicate habitation. 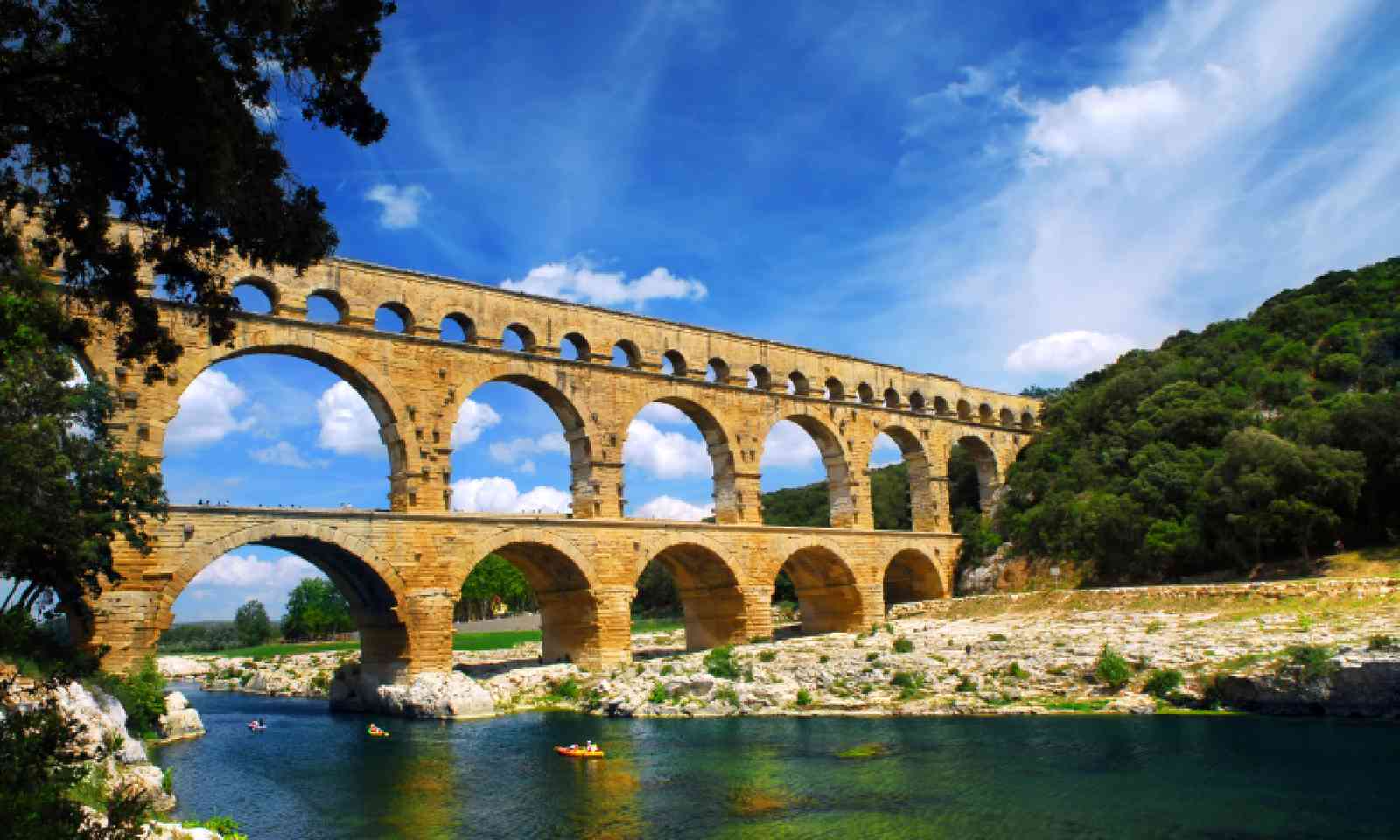 Though only 303km long, the line plunges through 106 tunnels and over almost 1,300 bridges, including some of the most impressive masonry viaducts on French railways. Nîmes’ Roman Amphitheatre provides a further reason to visit this attractive city.

Find fares at raileurope.co.uk. Got a taste for a European rail adventure? Sarah Baxter travelled from Paris to Istanbul by train – and on a budget.

Comprising historic coaches traditionally refurbished and fitted with larger (and, most unusually, some double) beds and modern bathroom facilities, the oh-so-luxurious Pride of Africa has ventured as far as Swakopmund in Namibia and Dar es Salaam in Tanzania; its usual stomping ground is between Cape Town, Pretoria and Durban. 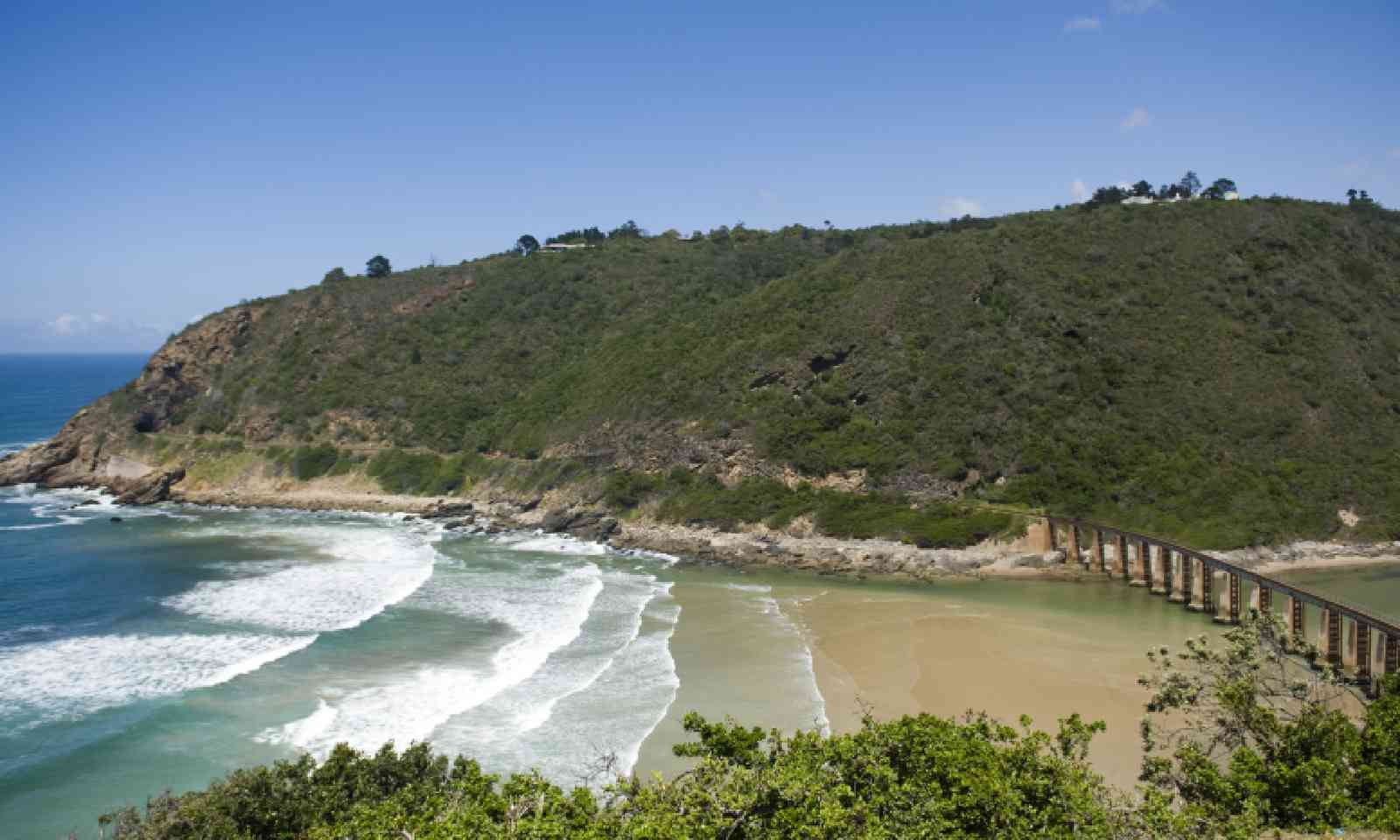 Stops are made to visit game reserves, tour Pretoria, lunch at the Victoria Falls Hotel, or see the ‘Big Hole’ at Kimberley. Steam haulage is occasionally used on some sections.

Named in honour of the two oceans it travels between, the mighty 4,352km Indian Pacific route spans the width of Australia, through some of the country’s most diverse terrain. The train takes four days to reach Perthfrom Sydney; you’ll thread westwards through the Blue Mountains and the red sands of the Nullabor Plains to the vineyards and valleys of
Western Australia. 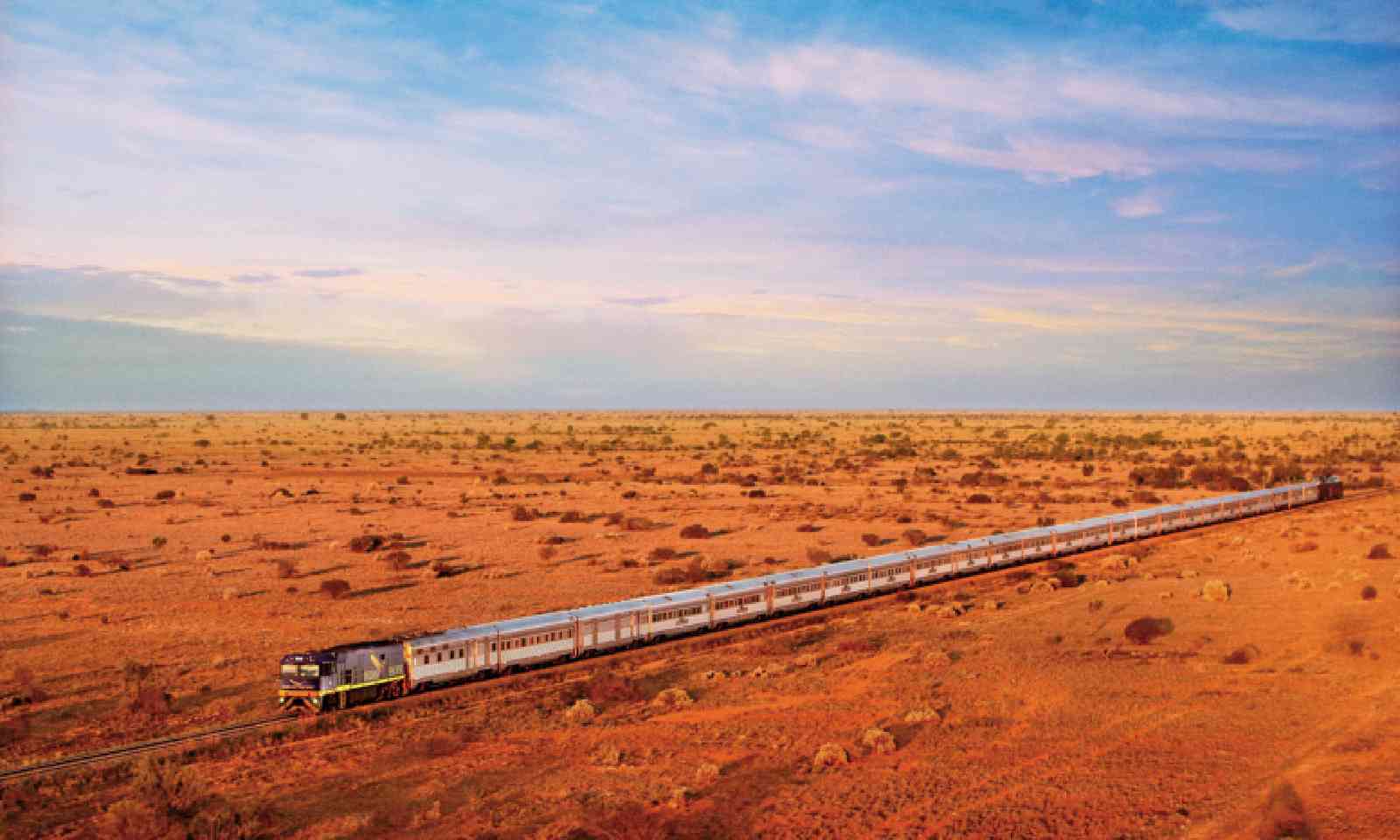 The track was built in the 1900s, and took five years to complete using picks and  shovels, carthorses and camels. The wedge tail eagle is the train’s symbol, as the birds can often be spotted wheeling overhead.

Make it happen...
Find fares at greatsouthernrail.com.au. For a country almost the size of Europe, Australia has few railways – but it does offer some of the world’s greatest train rides, as Anthony Lambert discovered...