Celebrating the real heroes of the travel industry, Lyn Hughes reveals this year’s winners of the 2013 Wanderlust World Guide Awards…

An introduction by Lyn Hughes...

Judging the Wanderlust World Guide Awards does not get any easier.

Our annual celebration of these unsung heroes is now in its eighth year, and we’ve received more nominations, and more utterly inspirational testimonials, than ever. After spending hours poring over the heartfelt comments you sent in about our finalists, I’m convinced all three are super-human: you called them “a model for love and compassion”, “the most others-oriented person I’ve ever met” and “a hard act to follow”.

Truly, I feel humbled, and not a little teary. But then, these are exactly the incredible individuals I set up the World Guide Awards to honour. After the death of Wanderlust co-founder (and my late husband) Paul Morrison in 2004, I wanted to establish an award in his memory, of which he would be proud. Paul was passionate about the importance of good guides and would have been simply blown away by this year’s finalists.

We announced the results at London’s Royal Geographical Society tonight. For me, it’s the highlight event of my year – and this was no exception. But if you couldn’t make it on the night, read on to find out which of our three heroes – all worthy winners – actually won...

How the winners were chosen

We asked you to nominate the outstanding guides you’ve travelled with – we received over 1,000 nominations. We shortlisted these and invited further testimonials. The judging panel then met to decide who would win Gold, a £5,000 bursary; Silver £2,500; and Bronze £1,000 each. The bursaries, kindly supported by Swarovski Optik, are to be spent on worthwhile projects chosen by the winners. 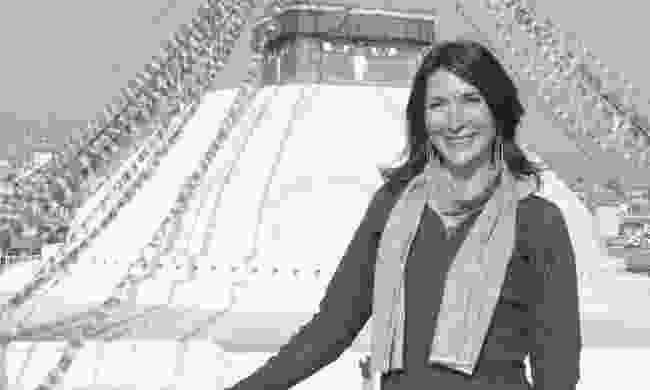 Where she guides: Nepal
Booked through: Mountain Madness

Although she lives in San Francisco, Nepal is Deana’s second home – and it shows. Having spent years working as a guide in the country, her knowledge of Nepal’s language (she’s fluent in Nepali), culture and religion runs deep. Besides guiding, she also runs a non-profit organisation to benefit the local people, which gives her insights that many guides couldn’t possibly possess.

As one testimonial concluded, “She has a natural ability to make her clients feel comfortable and we all knew very soon that a very special person was leading our group.”

“She’s a gifted storyteller and kept us entertained all the way to Everest Base Camp and back with local lore and history.”

“She has dedicated her life to becoming a magnificent guide. I know of no one who could have more knowledge of Asian culture and history than Deana.”

“If anyone felt sick or in pain, Deana offered sensible and sound advice, allowing trekkers to make their own decisions.”

“Deana touched my heart. She is truly the model for love, compassion, giving and dedication – both to people and to her profession.”

“She talks with locals, brings trekkers into conversation with them and often got us invited into locals’ homes. Deana also attracts unplannable encounters with fascinating people.”

“Deana has a rare ability to bring the culture, history and geography of Nepal alive. It was not only a trek but also a learning experience.”

“I believe Deana has really embraced the culture, language and – most importantly – the people of Nepal. Her charity work for the local community was a deciding factor for me,” said Peter Antoniou, while Mark Carwardine added, “A gifted communicator, caring and sympathetic, who succeeds in making clients of all abilities feel good about a difficult journey – she’s clearly remarkable.”

Deana plans to donate part of the bursary to a sustainable organic agriculture programme she works with through her non-profit organisation, Changing Lives Nepal.

“We’ve helped create an organic tea industry, and over 500 families are earning a significant portion of their income from tea now.

“We’re excited to expand to organic almonds in a different area, and we’ve just planted over 300 almond trees to launch the new project. Over the next five years I want to plant over 10,000 trees with nearly 200 farmers.

“I also plan to use part of the bursary to further my own development as a leader. I’m interested in a programme that will strengthen my ability to make a positive contribution in the world.” 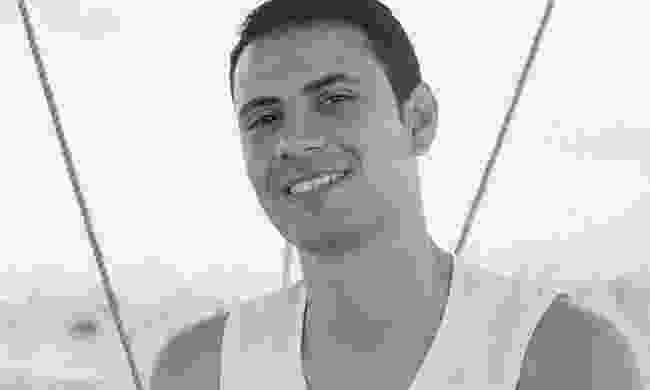 Where he guides: Egypt
Booked through: Intrepid Travel

“Sam epitomises all that is good in people: kindness, humility and a genuine passion to make the world a better place. I could not think of anybody more deserving of the accolade, Guide Of The Year.”

This sentiment was echoed in many of the testimonials we received for Hossam ‘Sam’ Moussa. Having graduated from the Department of Guiding at Helwan University and worked in some of Cairo’s top hotels, Sam became a tour leader in 2009 so that he could share his passion for Egypt.

This he does admirably: “Professional, friendly, organised, immensely proud and knowledgeable, he imprinted on all of us a deep love for his land.”

“Excellent: a warm and caring guide – and now a friend.”

“He made it incredibly easy to just enjoy the tour and not worry about a thing – best time of my life.”

“Sam has a passion for history. He always has an answer to any question and is very open to any discussions. He’s honest in his answers, which is always refreshing.”

“Hossam has a keen sense of humour and love of life which infuses his ability to communicate with his clients.”

“As a gay couple travelling in Egypt, we really appreciated that Hossam wasn’t phased by our identity. He was open to discussing Egypt’s record of discrimination and went out of his way to take us to the house of the gay poet Cavafy in Alexandria, enriching our experience. That was a fantastic thing for him to do.”

“Hossam, to this day, is one of the nicest, most others-oriented people I’ve ever met. He sincerely wanted to know how we were feeling every day, always making sure that we were enjoying our tour.”

“He made an effort to find something in common with every member of our group, whether it was the 16-year-old travel-virgin or the 65-year-old who managed to get lost.”

“The recent challenges that Egypt has faced impact Sam, his industry and potentially his clients. Sam made us feel entirely safe. He made changes when necessary, and was open and honest. But he also helped educate us on what was going on in his country. He truly defined the meaning of experiencing a foreign culture as a tourist.”

“I liked the fact that he was very keen to explain his culture, politics and Muslim traditions in an open and genuine way,” said Peter Antoniou.

“He seems to have everything you would want in a guide; intelligence, knowledge, compassion and an ability to see the bigger picture while looking after all the little details too,” remarked Charles Starmer-Smith.

“He’s proud of his country, and inspires all his clients to love Egypt too,” added David Back.

Sam plans to use his bursary to help educate and care for street children. He plans to work with Intrepid’s Responsible Travel team to identify suitable local projects to direct the money toward. 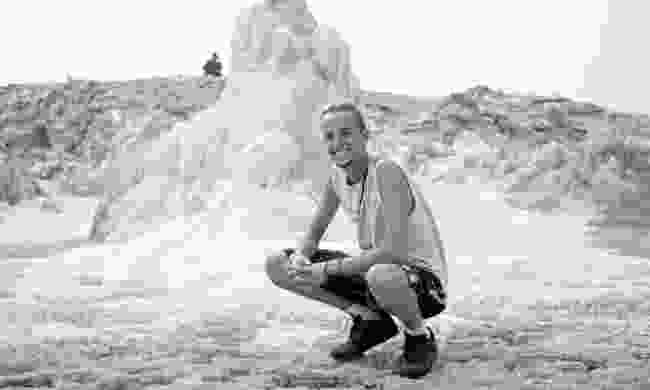 Where he guides: Ethiopia
Booked through: Wild Frontiers

Warning: do not travel with this man!

Strange advice, perhaps, given that Dario Ghirlanda is our Bronze Award-winning guide but “the problem with Dario,” says one of the many glowing testimonials we received, “is that he set the bar so high I’m not sure guides on future trips will be able to measure up.”

Born in Rome to Italian/Ethiopian parents, Dario moved to Ethiopia at the age of seven. He’s an experienced guide, fluent in four languages and has a degree in Travel & Tourism. But it’s more than that. It’s his unflappability, his sense of fun, his decency, his kindness, his mum’s homemade Italian cakes... With Dario, said one traveller, “there was just that extra something that is hard to quantify.”

“Dario managed to illuminate all aspects of my Ethiopian trip and bring the country alive before my eyes.”

“His enthusiasm, warmth and kindness made the trip for our whole group. When I recommend the trip to others, having Dario as a guide is one of the top highlights.”

“He appears to be on bosom-buddy terms with half of Ethiopia but what makes him exceptional is that he takes every opportunity to expose his clients to local culture; and he is serious about making tourism a positive force by encouraging his clients to support local initiatives.”

“He made the whole group feel special – a hard act to follow.”

“Our group consisted of 40 students and six staff and everyone got on brilliantly with him. He is able to calm people down in a crisis and problem-solve when he needs to.”

“He was always smiling and at times seemed as excited as us to be on the trip.”

“Dario was good and cheerful company to everyone in our group, even though the age range was 28 to 82 years old.”

“We were stranded at Heathrow for two nights – but Dario had worked tirelessly so we missed as little as possible of the original itinerary. Also, his ability to move between cultures meant that any hitches were quickly dealt with. And, best of all, Dario’s mother’s homemade cakes provided sustenance on long drives.”

“A genuinely lovely, decent human being!”

“He’s working in a difficult country for travel, yet the testimonials make what he is doing sound effortless,” remarked Derek Moore.

“He takes every opportunity to expose his clients to the local culture,” said Lyn Hughes, “and he has inspired people to go back to Ethiopia to teach or volunteer.”

“Thoughtful and sensitive,’ added Paul Goodyer, “but resourceful and good company too.”

Dario is planning to invest his bursary in women’s education in Ethiopia, to empower women so they don’t need to rely on their husbands. “I am thinking along the lines of donating towards education in traditional artisan crafts such as pottery and weaving.”