Croatia is firmly back on the travel map. The country’s development as a travel destination was temporarily halted during the bitter Homeland War of the early 1990s, but since 1995, travellers have returned and the country is thriving. Infrastructure for visitors is good, and development is controlled enough for the country's adopted motto (The Mediterranean As It Once Was) to still be apt rather than a stretch of the imagination. There are also plenty of 'out of the way' places left to discover.

Most visitors flock to the spectacular Croatian coast, where they are well rewarded with an extraordinary collection of islands, delicious seafood, picture-perfect fishing villages and the cleanest waters in the Adriatic. In the busy summer months, there's an extensive ferry network to allow you to hop between islands and the mainland. Alternatively, Croatia is a fantastic destination for a sailing holiday. Whether you weigh anchor and explore the country's uninhabited islands or sunbathe and sip cocktails in glamorous ports like Hvar and Dubrovnik, there's no shortage of choice.

Meanwhile, inland Croatia shouldn’t be neglected. The bucolic Istria region is fast becoming the destination for foodies thanks to its truffles, olive oil and wild asparagus. The capital Zagreb and the northern region of Zagorje are fantastic for everything from cafe culture to castles and countryside; Slavonia has one of Europe's most important wetlands where the Danube meets the Drava.

Travelling by bus is generally quicker than by rail, but the slow train to Varazdin is a delight – a three-hour journey through the rolling hills of the Zagorje region with its picture-book villages and churches. Then there’s Varazdin itself, a charming city of 18th-century baroque palaces.

Daisy Cropper visited Croatia and has a word of warning...

"High season runs from June-August. We visited Dubrovnik in late September and hotels were full everywhere. We had real difficulty getting a room for the night. My advice? For larger destinations, book early."

“Some of the restaurants in Dubrovnik's Old Town are a real rip-off. Don’t wander through the streets looking for a good eat – do some research online before you arrive and ask the locals for their favourite places too.”

“There are plenty of places to stay around Plitvice National Park. When we researched the trip, it was hard to find any! The NP website only has recommendations for hotels, which there are only a few of and they’re expensive. However, on the drive to the national park the roads are lined with 'zimmer' signs – you’ll find plenty of warm, simple and cheap rooms along the route.”

When to go to Croatia

July and August are Croatia’s peak seasons. From November to April the Croatian islands virtually shut down and ferry timetables are reduced. By contrast, Zagreb is quieter from June to September as everyone heads for the seaside.

Mid-season (May to June and September to October) is the time to visit the national parks in Croatia’s interior, as it can be freezing here in winter and hot and sticky (not to mention busy!) in July and August. October, when mushrooms, truffles and chestnuts are harvested, is the best month for gourmets.

Getting around in Croatia

Jadrolinija operates car and passenger ferries between the islands, as well as the main coastal route from Rijeka to Dubrovnik.

Most of Croatia’s major cities are connected by rail – although Dubrovnik is a notable exception. Buses tend to be more frequent than trains in Croatia, and unlike trains, serve even the most remote villages. There are numerous private companies operating bus services in Croatia. Be warned: buses take a very long time to get anywhere on.

If you’re planning to hire a car and explore more remote areas, local companies are normally much cheaper than the international chains. Some also offer one-way rentals too.

Along the Croatian coast there’s a plethora of apartments and rooms for rent during the high and mid-season. These tend to be the least expensive option. At the other end of the scale, you’ll find a number of lavish 19th century hotels concentrated in the coastal resorts, which once catered for Central Europe’s aristocracy.

For those who want to stay off the beaten track, agrotourism (farmhouses offering rooms and home-cooking) is becoming increasingly popular. Croatia also has over 300 campsites.

Croatian cuisine is a veritable smorgasbord, from hearty, meat-heavy central-European style dishes to Italian-style concoctions and Ottoman-imported delights (eg burek – cheese-stuffed pastries). Istria, with its abundant supply of wild asparagus, truffles and olives, has become something of a mecca for foodies.

Restaurants in Croatia’s major cities and tourist areas now offer vegetarian options but non-meat eaters will struggle in the north and east where traditional fare predominates.

It’s customary in Croatia to have a small glass of brandy before a meal. With a huge range of flavours, including loza (grape), sljivovica (plum), medica (honey) and biska (mistletoe), there’s a delicious tipple for everyone.

Health and safety in Croatia

There are few major health hazards, but tick-borne encephalitis can occur in rural and forest areas, so use insect repellent. Good health care is readily available throughout Croatia. EU citizens should carry a European Health Insurance Card (EHIC). Tap water is safe to drink in most places; check with your accommodation. 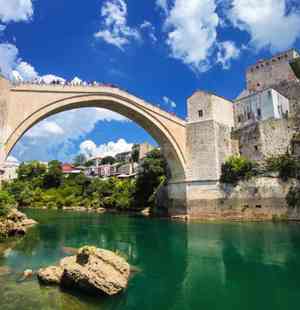 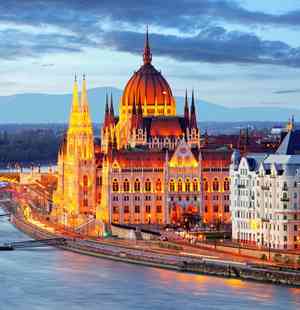 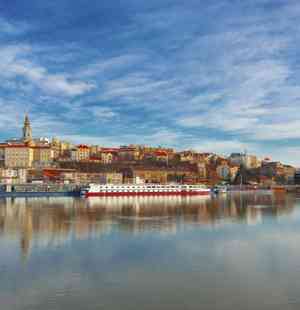