Welcome back to Setouchi

Craving a post-lockdown adventure? Escape the crowds on an island-hopping experience that will relax the mind and send the heart racing…

With hot springs, secluded bike trails and bridge-connected islands that appear to float, the region of Setouchi in the Seto Inland Sea in Japan offers crowd-free adventures immersed in nature. Here are three reasons to visit when you’re ready to travel again… If you’re looking to unwind after a stressful year, then there’s no better way than to immerse yourself in an indoor onsen (hot spring) or open-air rotenburo. Do as the locals do and scrub yourself clean before climbing into the steaming water, then bathe in the nude in 40°C mineral water. Your toes will tingle at first, but you’ll soon become accustomed to the heat and your muscles will relax. At Kinsuikan, a traditional ryokan (inn) on Miyajima Island, you can soak in the onsen  at dusk before going for a stroll dressed in a yukata (cotton kimono) and geta (wooden sandals). Walk the lantern-lit path to the red torii gate in front of Itsukushima Shrine, a UNESCO World Heritage site, and suddenly the stresses of daily life back home will feel another world away.

You can escape into the past at Dogo Onsen in Matsuyama, which inspired the animation Spirited Away. At 3,000 years old, it’s Japan’s oldest onsen, with an exterior resembling a castle and an interior featuring traditional scenes made from porcelain tiles. Rotenburos crank the relaxation stakes up another level. Depending on the time of year,  snowflakes or cherry blossom may drop on your head and you can watch and listen to the birds in the surrounding forest.

Bathe beneath trees in Ginsuiso Choraku ryokan in Arima Onsen, which was first mentioned in a sacred eighth century text. The town has since developed a reputation for its high levels of iron, salt and sulphur, which help treat arthritis and boost circulation, metabolism and the immune system. If communal bathing isn’t for you, then book a private rotenburo. 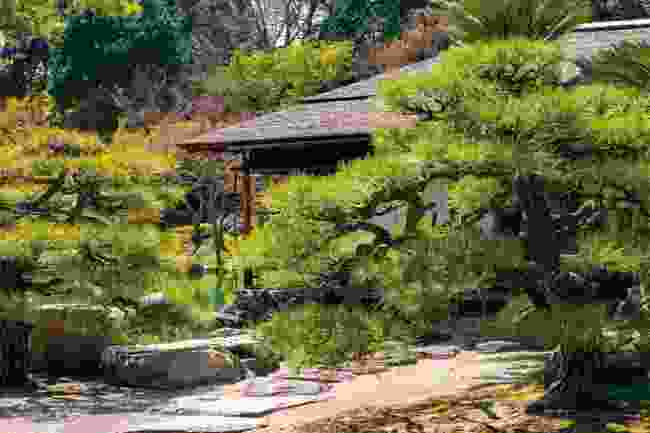 Immerse yourself in nature at one of Setouchi's gardens (Shutterstock)

Swap the throng of Tokyo’s Shibuya Crossing and Osaka’s hustling and bustling crowds for Setouchi’s vast and pristine natural spaces.Sheltered by Shikoku – Japan’s fourth largest island – Setouchi is known for its calm waters and balmy climate, making it perfect for outdoor activities.

The region is home to two of the country’s most famous gardens: Ritsurin in Takamatsu and the 300-year old Okayama Korakuen, considered one of Japan’s top three gardens.If you prefer nature more on the wild side, then cross Iyano Kazurabashi, an Indiana Jones-style suspension bridge made from woven vines which hangs 14m above a river in Iya Valley. Alternatively, explore Japan’s largest limestone cave, Akiyoshido, beneath a plateau of limestone pinnacles – the remains of a 350 million-year-old coral reef. 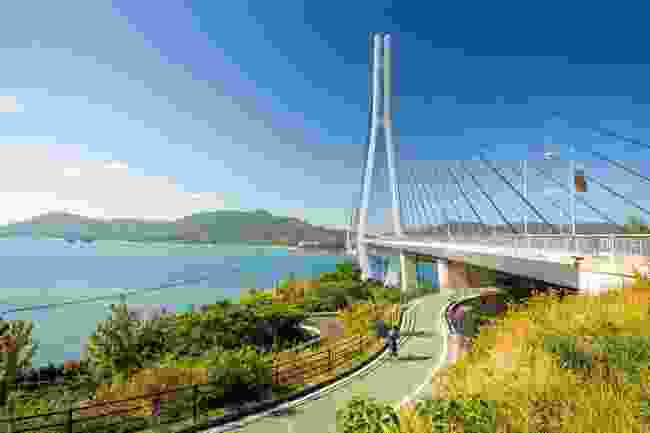 Craving more adventure? Kayak around uninhabited outcrops or island hop on a 12m catamaran where you’ll get to see the rural beauty of islands such as art-filled Teshima and historic Inujima. Alternatively, raft class A rapids along Yoshino: this wild river runs for 194km, from Kochi to Tokushima.

Back on dry land, take your pick of cycling trails. The 31km Tobishima Kaido meanders over seven islands, while the 70km Shimanami Kaido (or Nishiseto Expressway) has a dedicated cycle lane stretching over bridges connecting six islands, including the world’s longest series of suspension bridges – the Kurushima Kaikyo. Experienced cyclists can attempt the 150km seaside route on Awaji Island, the largest island in the Seto Inland Sea. Rent bikes from Minami Awaji, Sumoto or Iwaya Tourist Information Centres. 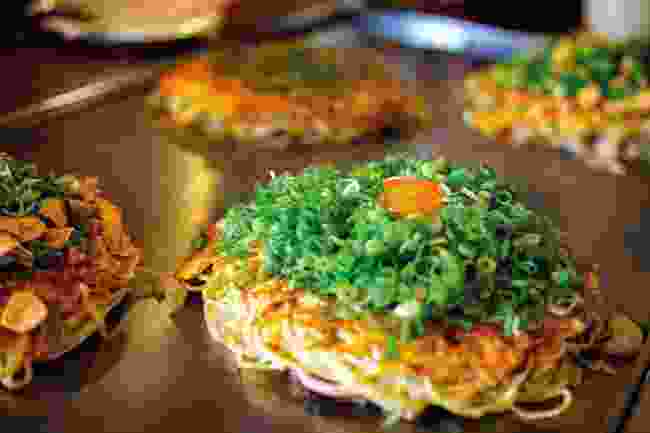 To get a taste of the real Setouchi, tuck into its cuisine. Kobe beef has a global reputation, but there’s nothing quite like sampling this delicacy in its namesake city. Likewise, ramen in Tokushima is well known for its soy sauce-based broth, which is topped with a raw egg.

Hiroshima specialises in okonomiyaki, an inch-thick patty made up of noodles, shredded cabbage and strips of meat or seafood sandwiched between omelettes. It’s drizzled with mayonnaise and sticky sauce before being topped with aonori (dried seaweed) and bonito flakes. One of the best places to try it is in Okonomimura, a tower of 24 restaurants that all specialise in the dish. For a hands-on experience, have a go at making noodles at Nakano Udon School. 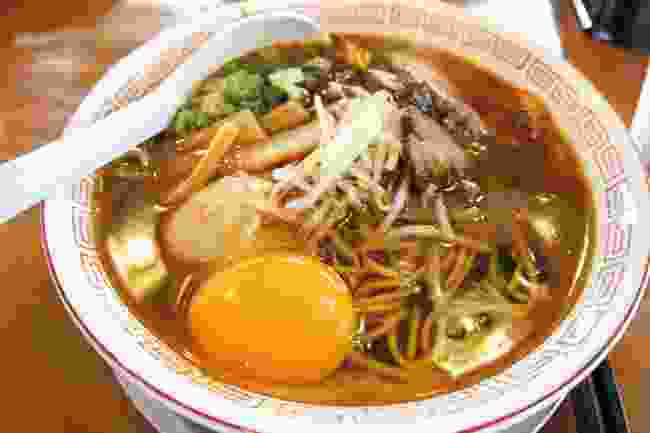 Joining a workshop is the best way to mingle with locals and delve beneath the region’s surface. Learn indigo dying in Tokushima, bonsai sculpting in Hiramatsu Shunshoen Garden or pottery in Hagi. Fans of ceramics can also explore Imbe, which is known for its  Bizen pottery. For a deeper insight into life in the region, visit a cultural venue such as Awaji Puppet Theatre, an Important Tangible Folk Cultural Property. Here you can be entertained by a bunraku which is a form of performance  art that originated in the 1600s.

Fans of contemporary art can see pieces such as Yayoi Kusama’s Yellow Pumpkin scattered across Naoshima Island. Don’t miss Bizen Osafune Sword Museum, too, where you can learn about the historical significance of swords and watch them being made. However you decide to spend your time in Setouchi, you’re bound to come home with a deeper understanding of what makes this part of Japan so special.

Like the sound of Setouchi? For heaps more travel inspiration and practical information to help you plan your dream trip to this part of Japan, head over to the official website for Setouchi.