25 years of Wanderlust: Let's start at the beginning...

Editor-in-chief Lyn Hughes recalls the start of Wanderlust and pays tribute to her late-husband and magazine co-founder Paul Morrison...

I met Paul in 1987 when we were both working for the Mars corporation. Travel was our joint passion, and we gave up our careers to freelance as consultants, allowing us the flexibility to travel. But each time we came back from a trip, we found it harder and harder to return to corporate life. “You’re back to the real world,” people would say. “No, travel is my real world,” Paul would retort.

The idea for Wanderlust came about in November 1992 when Paul and I were on a flight to Ecuador, planning to spend six months exploring South America. We were travelling light, had nothing to read, and there was certainly no inflight entertainment on Viasa, an airline that has long since bitten the dust.

We started talking about how nice it would be to have a magazine all about travel, borrowing a pen to jot our ideas down on a sick bag. Paul immediately came up with the name of our dream magazine; as he often said, “Once you’ve got wanderlust in your blood, you’ve got it for life.” Eventually we said to each other: “We could do this.” So, we bought a notebook in Quito and started scheming in earnest. 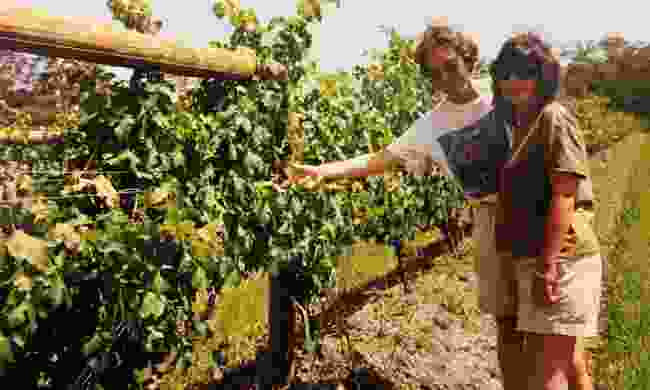 Lyn in her spiritual home – the vineyards of Australia

When we got back to the UK, the only problem was that we knew nothing about publishing – unless you counted the fact that, as a child, Paul had proudly produced a single magazine called ‘Super Budgie’. But, despite many industry ‘experts’ telling us a travel magazine would never succeed, we threw ourselves into learning everything we could. We bought an Apple Mac, turned the spare bedroom into an office and recruited neighbours to proofread, copy-type and set ads. We found our first contributors, including legendary book publisher Hilary Bradt and Dr Jane Wilson-Howarth (who has featured in every issue) at an independent travel event at the Royal Geographical Society.

We launched at the end of November 1993. WHSmith wouldn’t stock us, but we weren’t daunted. The print run was 5,000. Several bookshops were going to sell us, and we already had 2,000 subscribers signed up. We were away.

We had decided that Paul, as publisher, would be responsible for the business side of the magazine, while I would be in charge of the content. However, our roles inevitably overlapped, and Paul was phenomenal at what he took on. Looking at the first issue, not only did Paul sell all the advertising, but he did all the design and wrote and photographed four of the articles.

Paul was modest about his writing and photography skills, often claiming he only did his bit to save money. But he was doing himself a disservice. As well as being shortlisted four times for Publisher of the Year awards, he was shortlisted for many writing prizes. Not that the kudos meant much to him. Travel was his big passion, and the words and photos were his way of communicating that. 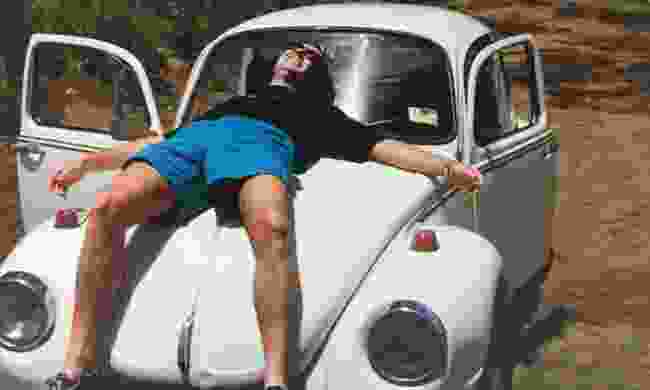 Paul takes a break on 'Snoozy Suzie', the VW Bug the pair drove across New Zealand until the head gasket blew

For many years we worked from home, with help from part-time staff and neighbours. It was a hard slog, with Paul and I working crazy hours for little money. Paul always found the stamina to keep going, sometimes working through the night. Never materialistic, it was more important to him to succeed with the magazine than to live a comfortable lifestyle. In 2003, despite his illness, we cheerfully turned down a seven-figure sum for Wanderlust, feeling there was still so much more we wanted to achieve with the magazine ourselves.

Paul had so much energy, and was so full of life that it was a complete shock when he was first diagnosed with cancer in early 2001. But being Paul, he picked himself up and showed the same determination, bloodymindedness and optimism as when we launched Wanderlust. He refused to let the cancer dominate his life, and never complained of pain or side-effects. Most of his contacts had little inkling that anything was wrong. If willpower alone could have licked the cancer, he’d still be with us now. 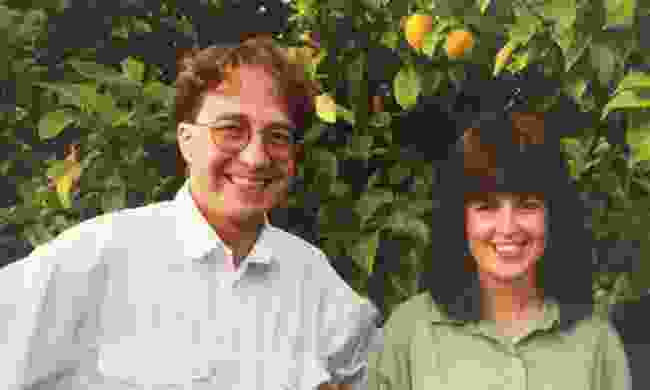 When life gives you lemons, make lemonade or go to a citrus orchard

I was inundated with messages after his death in 2004. Time and again people highlighted his honesty, intelligence, lack of pretension and sense of fun. In business he was a tough negotiator, and expected high standards, but he was always ethical, with no time for bullshitters or bullies. Many people also commented on what a gentle and kind person he was – generous with his time, advice and what money he had. He was witty and loved life, always looking forward.

Most of all, he was the perfect travel companion, with boundless enthusiasm and curiosity. In cities, he would resent going to bed, often being the last to leave a restaurant or bar, while in the countryside he would jump out of bed before dawn to go looking for wildlife. Often a little shy in social situations at home, when he was away he would talk to anyone and everyone, making lifelong friends in the process. As he would say, “I always come alive when I travel.” 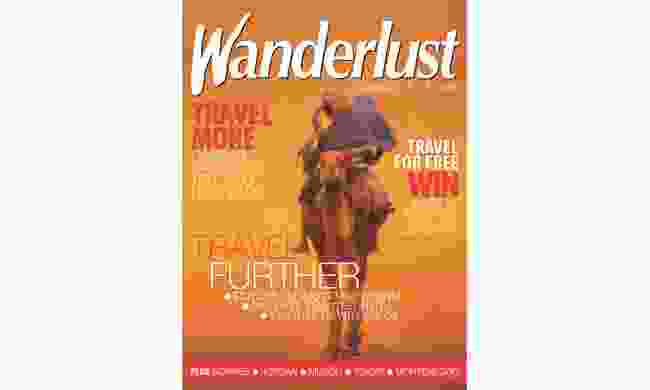 Over the years, Paul became a fantastic writer and photographer, even if others rated his work more highly than he ever did. He took this beautiful shot during a sandstorm on a camel trek out of Zagora in Morocco. It initially appeared on the cover of Issue 35 in August 1999. It’s the only image that has ever been used twice on a Wanderlust cover: we printed it again for Issue 69 (February 2005), which was the first issue published after Paul lost his long battle with cancer.