4 ideas for island-hopping off the coast of Greece

From volcanic trails and glistening white-washed villages to ancient ruins glinting in the Mediterranean sun, now is the time to set sail for the real Greece...

The 6,000 islands and islets that dot the waters off Greece’s coast are literally the thing of legend. They serve as a playground not just for mythological gods, but for travellers too, with visitors lured away from the mainland by the volcanic lands, wild trails, ancient ruins, and authentic tavernas.

Ample ferry services mean anyone can afford to go island hopping, while sailing enthusiasts can easily find a boat and willing crew in the larger port cities and towns for a more active adventure, whether marvelling at the historical wonders that dot the Aegean, or traversing the more relaxing charms of the Saronic Gulf and Ionian Sea. 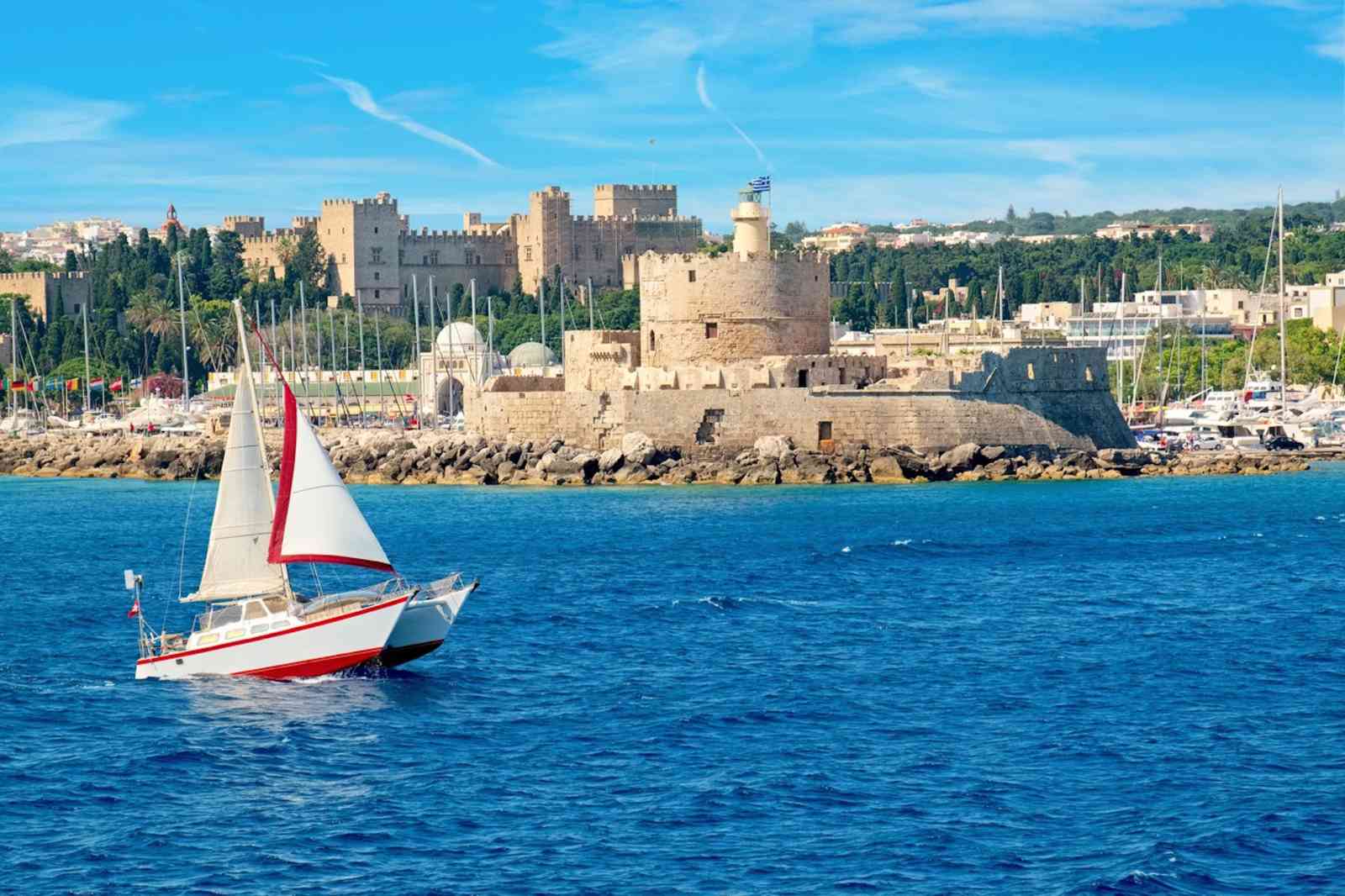 Ferries link most of the inhabited islands of the Aegean Sea, but if you don’t want to be beholden to schedules, Rhodes is a good place to charter a yacht, with most found in the state-of-the-art Rhodes Marina.

But before beginning your journey up through the Dodecanese islands, be sure to explore first. Rhodes City’s UNESCO-listed medieval old town – all sandstone walls, cobbles and palms – and the 6th-century BC Acropolis at Lindos that peers down on the white-walled town below are both magnificent sights, far removed from the busier beaches.

From Rhodes, sail north to the secluded sands and castles of Tilos, making sure to visit its ‘ghost village’ of Mikro Horio, which was left to ruin in the 1970s but is still watched over by a grand 19th-century church.

Further north, pull ashore on Nisyros, a volcanic island that boasts fine walks and views from atop its crater rim, while to the west lies Astypalaia, a tiny (just 13km wide) speck in the Aegean, home to a serene whitewashed village nestled under a grand Venetian castle. Finish your sail on Kalymnos, which was once just a collection of sponge-gathering villages. Now it’s known for its rock-climbing and excellent treks along medieval and Italian roads, while its pastel-coloured capital, Pothia, makes for a picturesque stop. 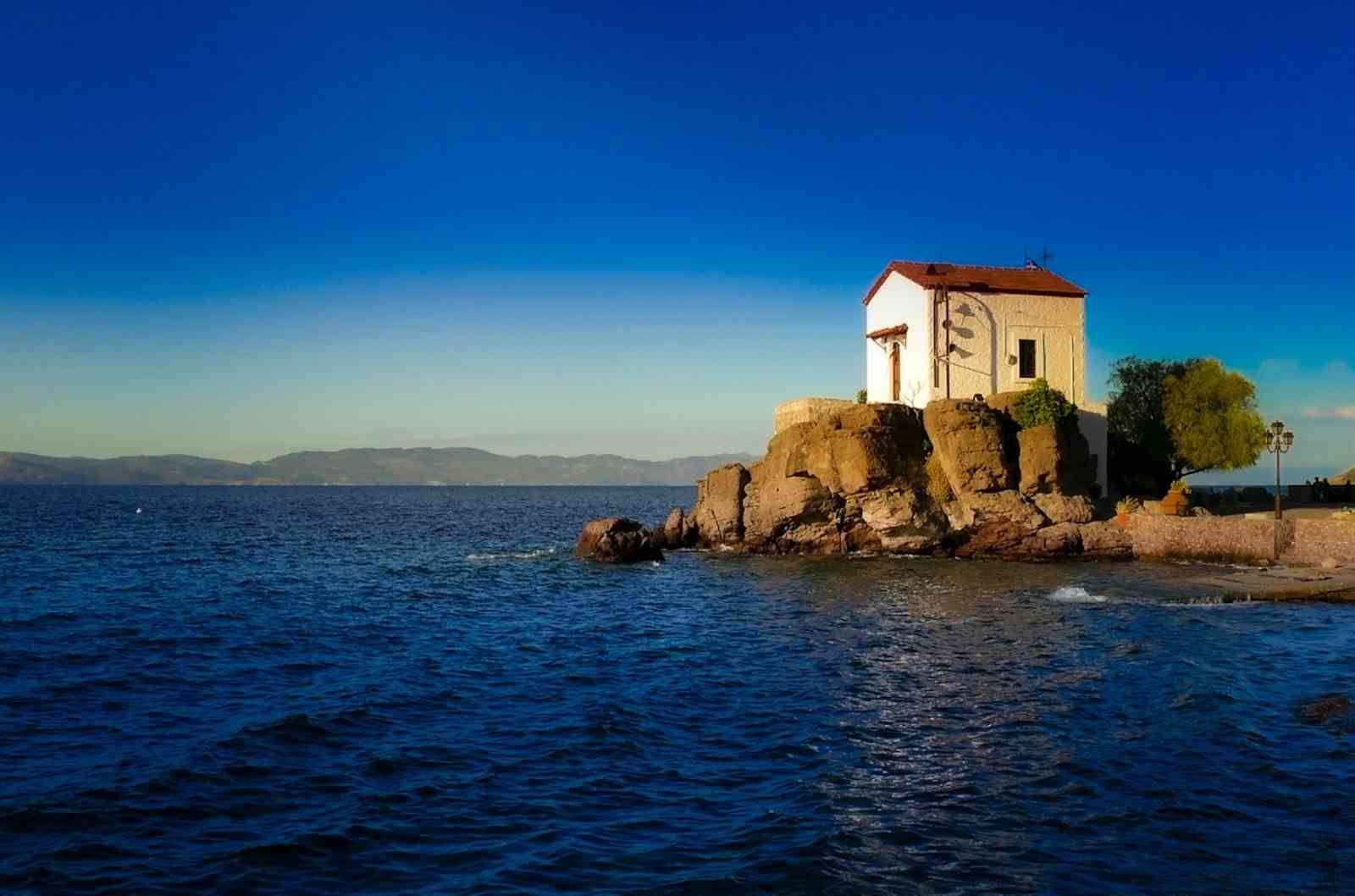 The northern half of the Aegean tends to be a quieter, more rural affair, with islands just made for walking. Ferries link up many of these, while fishing villages provide a chance to hitch a lift to some of its smaller islets.

Lesvos is the perfect entry point to the area, as Greece’s third-largest island. Despite its tourist credentials and lively port capital, it makes its living from the soil. Its wetlands and lush mountains are a big draw, not just for cyclists and hikers but for birdwatchers keen to spy the island’s 279 bird species. Wind down in its hot springs and spare time for a visit to the charming medieval seaside towns of Molyvos and Petra in the north.

The island of Chios is alleged to be the birthplace of the famed poet Homer and is the home of mastic gum, extracted from the mastic tree; Mastihohoria, a cluster of 24 villages in the south, is the only place in the world these are grown commercially. Wander medieval villages such as Mesta and Pyrgi, citrus groves at Kambos and black-pebbled beaches.

Finish at Lemnos, plunging into Greece’s past as you explore the medieval castle at Myrina, Kavirio temple and the ruins of the ancient settlement of Poliochni, one of the oldest in Europe and populated since 4500 BC (it became a city circa 3000 BC). The highlight, however, is the sunken Cave of Philoctetes; swim its limpid blue waters and replay its ancient myths in your mind. 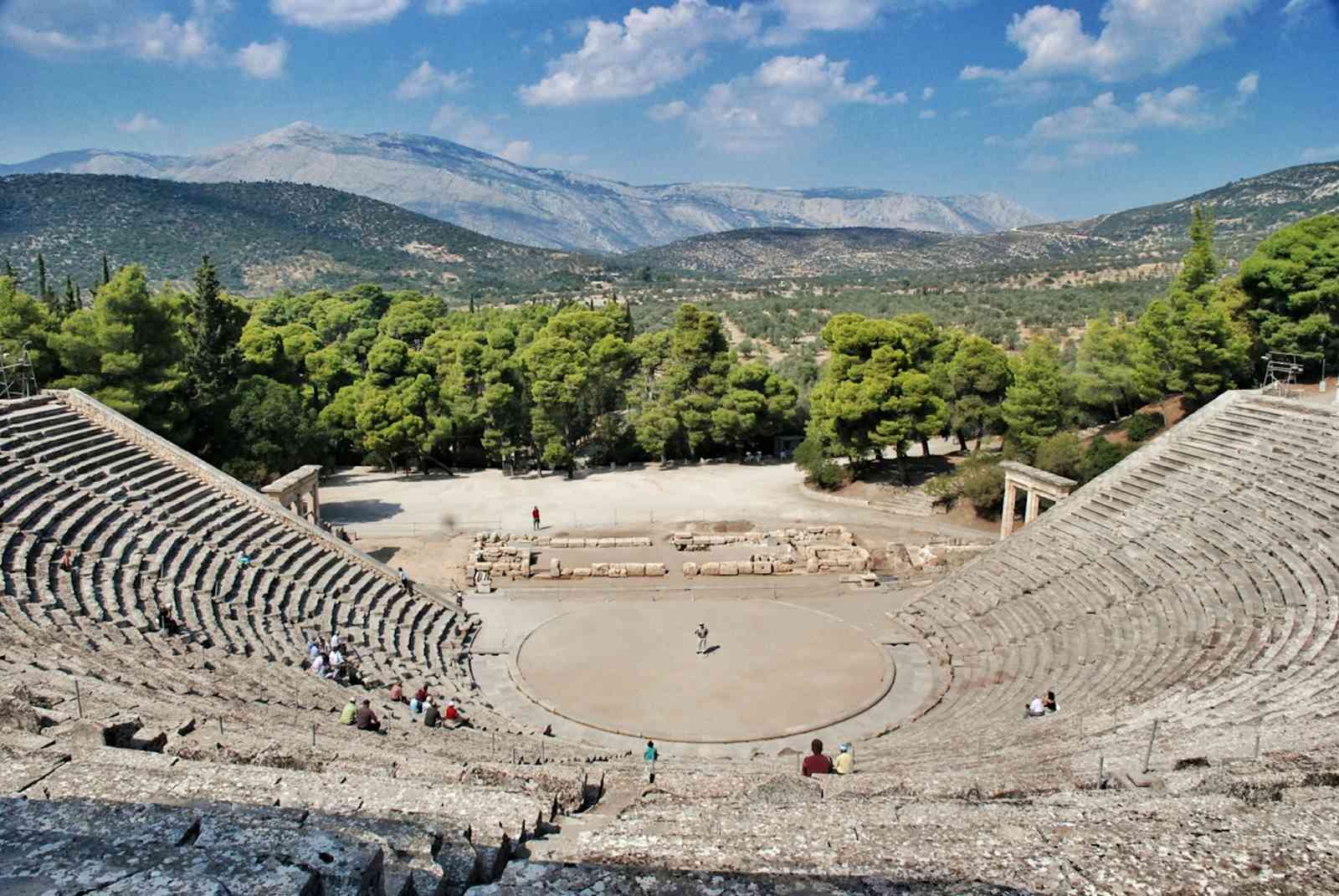 A collection of volcanic peninsulas and island escapes, the Saronic Gulf is ideal for exploring, as you sail around, and even through, Southern Greece. Athens is your gateway, so spend a few days in the capital soaking up the classics before leaving the city bustle for open water by chartering a sailing yacht in one of its many marinas or via the nearby port city (and ferry terminal) of Piraeus.

Little has changed on the island Hydra for centuries. It’s also a hikers’ paradise (outside of the summer blaze), with coastal paths winding secret coves and hilltop monasteries. From here, cruise up the eastern cusp of the Peloponnese for more great walks, with the crater trails on the volcanic peninsula of Methana particularly good.

Heading north up the mainland coastline, moor at Epidaurus for a glimpse of antiquity. Snorkel its ‘sunken city’ before turning inland for the Ancient Theatre of Epidaurus, a vast amphitheatre. Then leave the Saronic Gulf and the east coast behind as you sail on through the Corinth Canal, a grand passage that cuts through the Peloponnese peninsula to lead you towards the Ionian Sea. 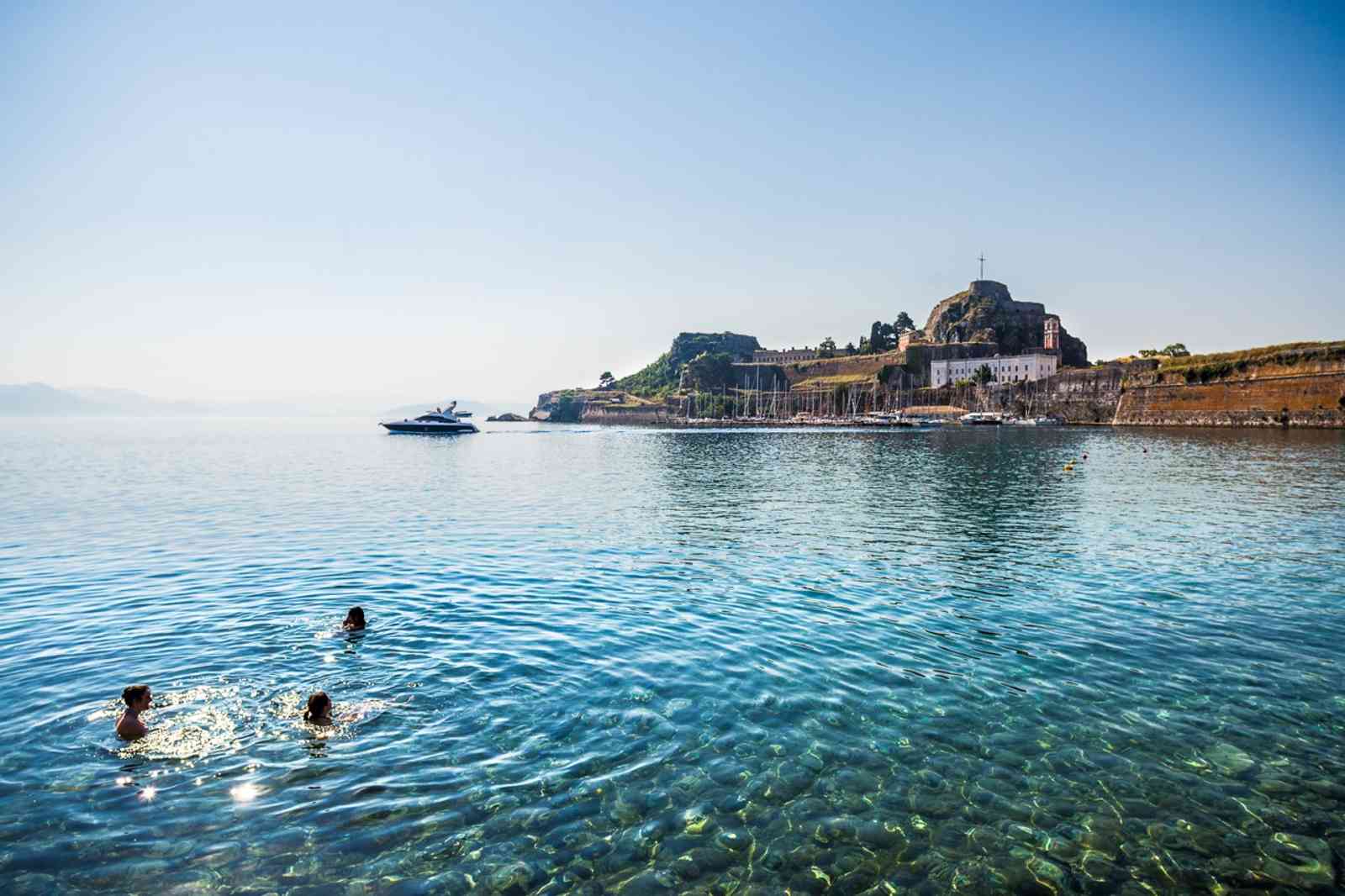 Explore Greece’s western waters coast as you make your way up through the Ionian Sea.The islands here boast cooler temperatures than their Aegean cousins and lush, forested mountains. They are also famed for their food, with plenty of Italian-influenced dishes inherited from their former Venetian owners.

Only around 50 residents live on the unspoilt island of Kastos, and the main harbour to the east has safe mooring. The pace of life is slow and traditional, but that’s the attraction, with little to do but snorkel its clear waters and spot dolphins offshore.

To the north lies Lefkada, which connects to the mainland via a causeway. Head for the villages of the Sfakiotes to try lefkaditiki ladopita (oil pie), a tasty semolina syrup cake, or soak up the pristine beaches in its west.

Finish in Corfu, which shakes off its sun and- sandals reputation as you head for its lush interior. Atop the 914m Mount Pandokrátor is a 17th-century monastery, but stop en route in the village of Paleá Períthia – still the same as when the Venetians ruled. Culture, history and adventure: a suitably legendary way to end your Greek island-hopping adventure.

This article was supported by the Greek tourist board. Visit wanderlust.co.uk/undiscovered-greece for more of Greece’s top travel secrets and ideas.