An adventure off the tourist trail in Crete, Greece

Crete has its fair share of tourists, but away from the resorts, along its wild coast and around its imperious gorges, you can experience landscape and scenery unlike anywhere else in Greece.

Upon arrival at Iráklio, hire a bike or a car and point it towards Ierápetra, a good jumping-off point for taking the ferry to the island of Khrysí, which boasts superb whitesand beaches and dwarf-juniper forests. Eastern Crete offers dramatic scenery and good gorge-walking. Travel to the coast at Káto Zákros, where the impressive cliff -girt ‘Gorge of the Dead’ is reached via a 90-minute walk uphill from the shore. Alternatively, Hokhlakiés village is the gateway to another, shorter (3km) gorge nearby that leads to the bay of Karoúmes and its golden sands. 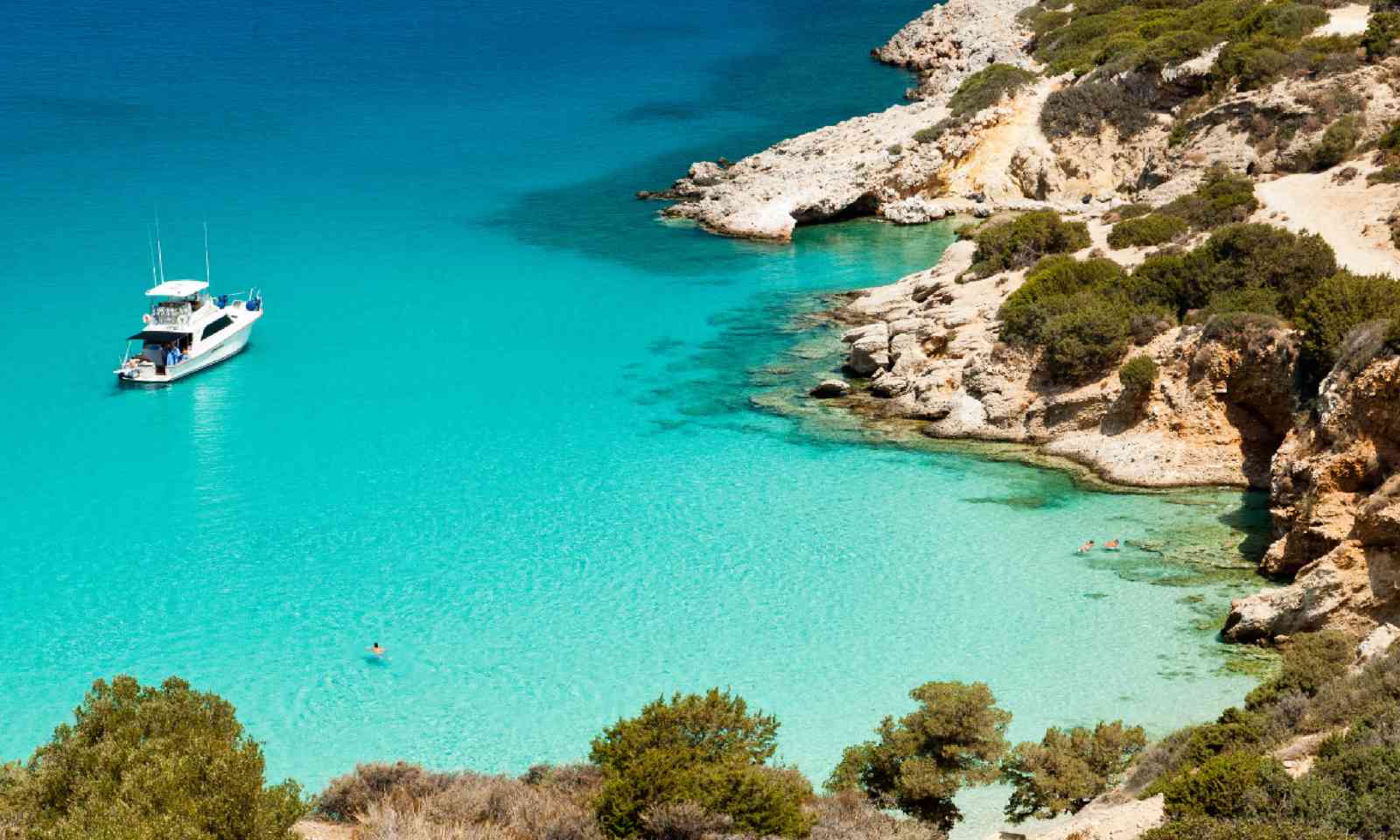 Ship anchored in the bay at Crete, Greece (Shutterstock)

A drive west takes you to Mýrtos beach resort, an open secret but still unspoilt. Then it’s onwards via Záros, with its trout tavernas, to Spíli village, a useful access point for visiting the numerous frescoed medieval chapels of Amári. The best unlocked ones are Panagía in Thrónos hamlet, Theológos in adjacent Kalógeros, and Metamórfosi in nearby Méronas.

Return to the mainland at Paleóhora, where the south-western coast challenges even experienced trekkers. Finish by traversing the rugged coast between them on a two-to-three-day trail, exploring the settlements found en route.

When to go? April–early June for green countryside, snow on the peaks and bearable temperatures; September–October to swim in the warm sea.