Lying off the south coast of Greece, the Peloponnese peninsula is a heady blend of history and nature, best explored on two wheels. Cycle gorges, temples, ruins and wineries, then follow the coast skirting medieval Maniot towers and resorts along the shores of the Messinian Gulf.

Begin in Kalamáta before taking the minor road north to the ancient, fully excavated city of Messene. Allow time to wander its extensive ruins under the gaze of the Delphine mountains, exploring the impressive stadium and the massive Arcadian gate. Stay the night in the adjacent village of Mavromáti.

Continue north on minor roads towards Loúsios, stopping at the scaffolded ancient Apollo temple at Bassae. Visit Loúsios’s gorge-defying monasteries of Agíou Ioánnou Prodrómou and Emyalón, or the frescoed Néa Filosófou on the opposite side. Walkers can reach a stone bridge and the ruins of ancient Gortys by the river; otherwise head to the cliff side frescoed Kalamioú monastery, near Atsíholos village. 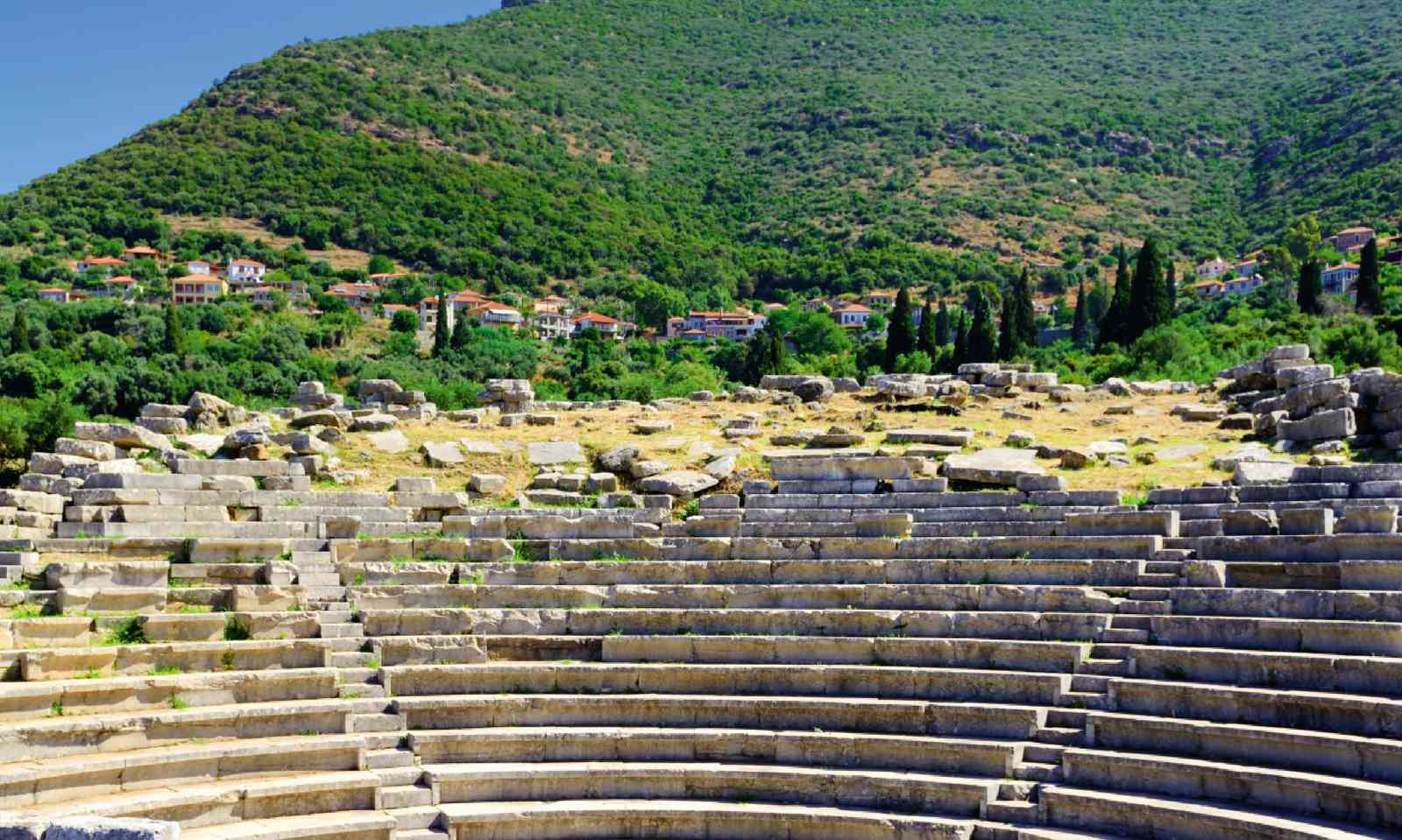 The ruins of the city of Messene (Dreamstime)

Next, take the back roads to Neméa for its reconstructed Zeus temple. The area is also well-known for its grapes, and a multitude of wineries (some incorporating restaurants and lodging) await.

Having slept off the previous day’s excesses, head west along bike-friendly secondary roads across the eerily beautiful Stymfalía-Feneós region. Pay a visit to Lake Stymfalía and its roadside Environment Museum before settling in the village of Kastaniá – well positioned to visit the brilliantly frescoed Agíou Georgíou Feneoú monastery. Enjoy stunning views en route over the Feneós valley and Mount Helmós.

There’s more superior wine to try at the Mandínia wine domaine, and be sure to visit the site of the ancient theatre of Mantineia. Finish in the village of Mystrás, visiting the unmissable ruined Byzantine town of the same name that lies nearby on the toes of Mount Taÿgettos, before circling back along the resort-scattered coast.

When to go? April–November for fly-drives, with cycling best in the cooler months of spring and autumn.