A cultural trip in North-Western Greece

Gorge on food, sip fine wine and soak up the fascinating culture in North-Western Greece

Thessaloníki’s worthy cuisine is influenced by its large Anatolian diaspora and fine local vineyards; heading into the surrounding countryside also offers walks and wildlife. After filling your belly with food, sate yourself on culture. The city is packed with Byzantine churches, renowned for their mosaics. Try to pay a visit to the 8th-century Ágia Sofía, which shelters a remarkable depiction of Christ’s ascension under its impressive dome.

Next, head north of Thessaloníki to Lake Kerkíni, which is home to seasonal birdlife. Spy pelicans, flamingos and spotted eagles, as well as herds of buffalo. Accommodation with plenty of character can be found in villages along its shoreline, while lodgings can also arrange qualified guides. 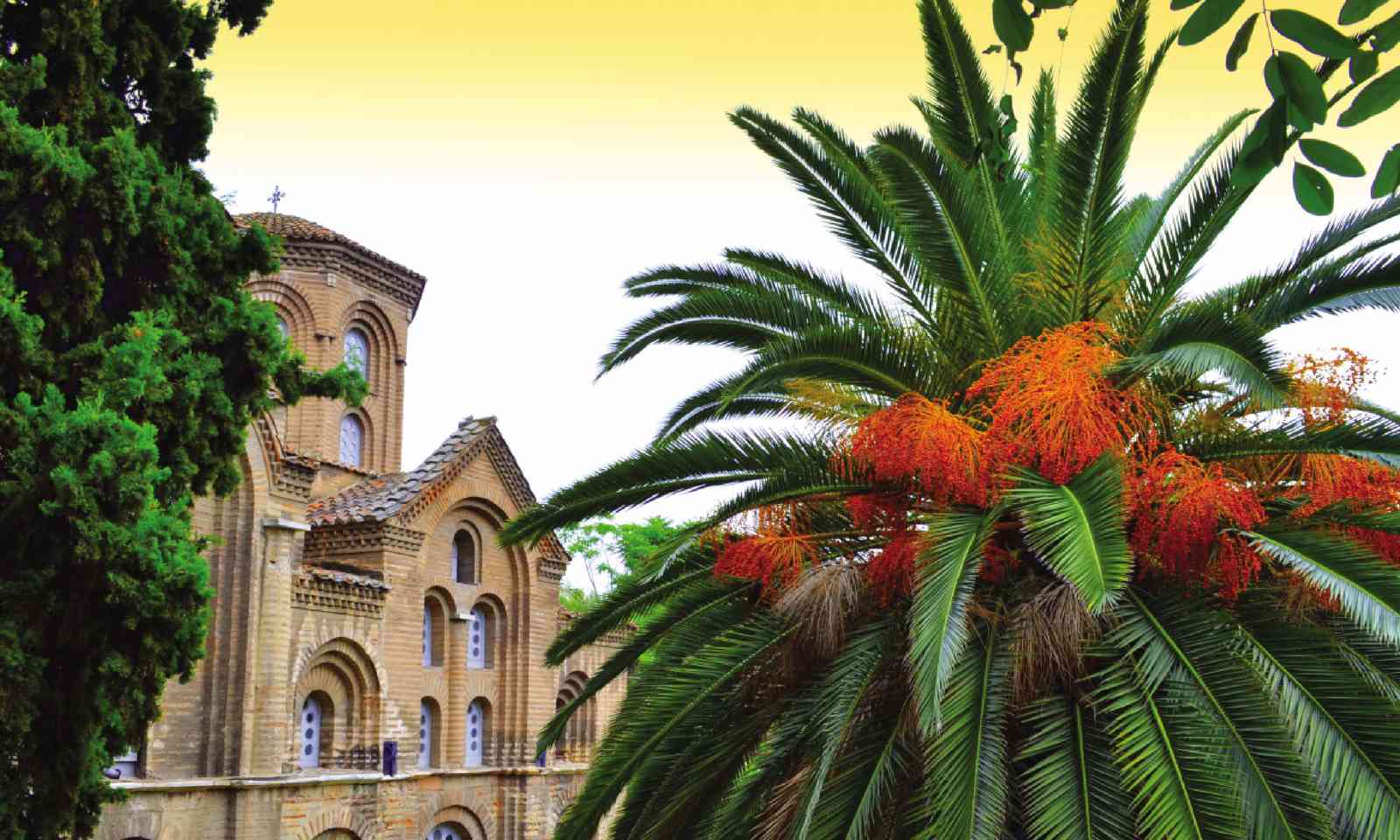 A Byzantine church in Thessaloníki (Dreamstime)


Having rested, turn west towards Édessa. This city is famed for its waterfalls as well as its medieval Varósi quarter (come winter, however, visitors flock to nearby Mount Kaïmaktsalán for its ski slopes). Further west takes you to the two Préspa lakes, shared between Greece, Albania and Macedonia. Spot pelicans and pygmy cormorants at little Préspa, while boat tours to the medieval cave-churches that dot the larger lake’s shoreline can be had at the village of Psarádes.

Kastoriá is in the Greek region of Western Macedonia and drapes itself fetchingly over a peninsula that juts into Lake Orestiáda. It has a fine waterside setting and multiple Byzantine churches; Panagía Koumbelídiki is home to a rare Holy Trinity fresco. Also look for the city’s medieval arhondiká (mansions); the Doltsó quarter conceals the restored 17th-century Aïvazís mansion.

Finish west of Thessaloníki in Véria, home to the part-restored Jewish quarter of Barboúta, the frescoed Khristós church and a lively nightlife. It is also the ideal base for exploring nearby Vergína’s subterranean museum of Macedonian dynasty tombs.

When to go? December–April for birding, but snows and low temperatures can pose problems.