From navigating vineyard-edged rivers to stepping ashore in the heart of culture-packed cities, there’s nothing quite like meandering along Europe’s rivers. Here’s what you can expect on a river cruise...

1. You’ll meander along some of Europe’s main rivers... Historically, the Rhine and the Danube were two of Europe’s most important highways. Now they’re Europe’s most popular rivers for cruises – and rightly so. With ancient cities, historic landmarks, charming towns and scenic vine-clad valleys galore, they’ve got it all. For example, TUI River Cruises' European Icons itinerary will take you on a journey down the mighty Rhine, which flows from Switzerland through Germany and the Netherlands, gliding you between a variety of European cultures and landscapes.

You can be sure of plenty of pretty places as you float with Baroque palaces, fairy-tale castles, medieval villages and rolling vineyards. The mighty Danube flows 1,770 miles southeast from the mountains of Germany’s Black Forest through a staggering ten countries to the Black Sea. It winds through a dazzling array of landscapes such as Austria’s bucolic UNESCO-listed Wachau Valley, just west of Vienna, and many big-hitter city sights.

2. ...as well as their lesser-travelled tributaries Some of Europe’s lesser-travelled waterways are equally enchanting. The tranquil Moselle, a Rhine tributary, meanders past pretty little villages and vertiginous vineyards, while cruises along the Main, which branches off the east of the Rhine, venture through thick forests and past quaint Bavarian villages.

Chartering the myriad waterways around the Netherlands, meanwhile, is a fascinating insight into the country’s unique geography and culture. Take the Dutch Delights itinerary on board TUI Isla to appreciate the history and scale of its great canal-threaded centres such as Amsterdam, Utrecht and the Hague.

3. You can check off big-name cities 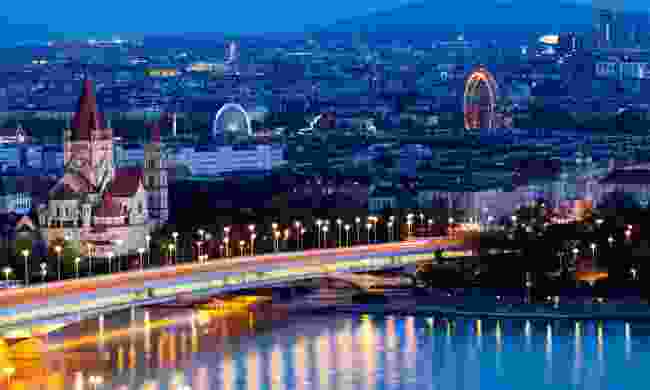 As you travel along these ancient water highways, you’ll moor up right in the heart of some of Europe’s most incredible cities. In fact, on a river cruise you can tick off several of the big-hitters in one holiday. Opt for the Danube and you can bask in the baths and bars of Budapest one day then marvel at the medieval old town of Slovakia's capital Bratislava the next.

An unmissable jewel along the Danube is Vienna, whose grandiose buildings and treasure-packed galleries never fail to captivate. You can visit this glittering city on TUI's East Danube Explorer trip. While on the Rhine, you can seek out Alsatian specialities in Strasbourg’s age-old alleyways, ogle at northern Europe’s largest Gothic church in Cologne and immerse yourself in Amsterdam’s vibrant art scene. On most river cruises, 'sailaways' take place at dusk or night and passengers are treated to magical views of a city’s illuminated skylines. 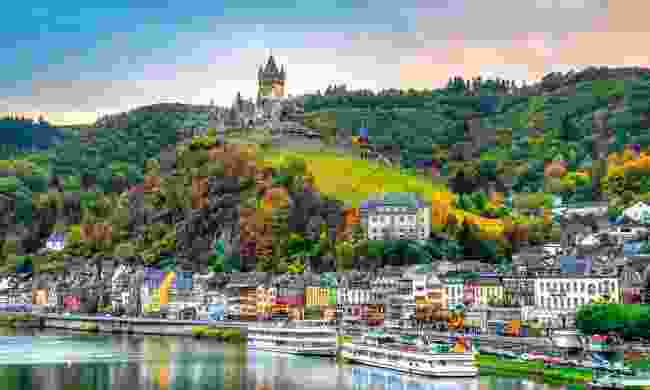 Meandering along a country’s inland waterways gives you a different perspective and whisks you past places you might otherwise not see. There are many handsome riverside towns and tiny wine villages to be discovered around the next bend of the Moselle. Bernkastel-Kues is an absolute beauty and a wonderful place to while away an afternoon with its half-timbered buildings, bustling old square and tempting wine taverns. As is cute Cochem, a chocolate box place stacked over the river and crowned by hill-top Reichsburg Castle. Delightful Dürnstein, on an improbably pretty curve in the Danube, is famous for the ruins of Kuenringer Castle (where Richard the Lionheart was imprisoned). While Bavarian city Wurzburg, which straddles the Main, wows with its lavish architecture including its 18th-century baroque palace.

5. You’ll really get to know the ports you visit 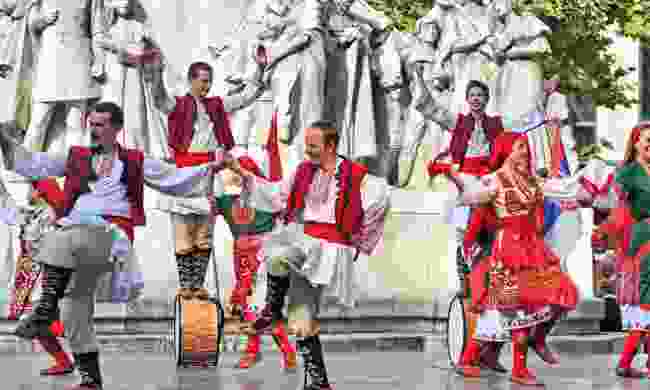 With ample time on shore, you can join excursions or opt to do your own thing. Rather than run-of-the-mill guided tours, many cruises have excursions that allow passengers to dig deeper into the local culture, whether it’s cycling around cool neighbourhoods, getting a taste for goulash and traditional folk dancing in Budapest, visiting Vienna’s heurigen (cosy wine taverns) or beer tasting in Utrecht’s breweries. Some operators, such as TUI, include excursion credits so you can choose the tours that best suit you. River cruising is undergoing a surge in popularity right now. That’s partly because it offers all the convenience of ocean cruising but a far more intimate, relaxed and immersive experience. For one, you travel on smaller, chicer vessels, which might only carry a total of 155 passengers, like TUI’s three ships. Thanks to their size, river cruise ships can navigate inland waterways and tie up right where the action is. As smaller distances are covered on itineraries, the pace is more relaxed. You’ll rarely experience a full day of cruising with most itineraries stopping in at least one new spot each day. And, as there are not huge distances to cover, there’ll be plenty of time to explore ashore. 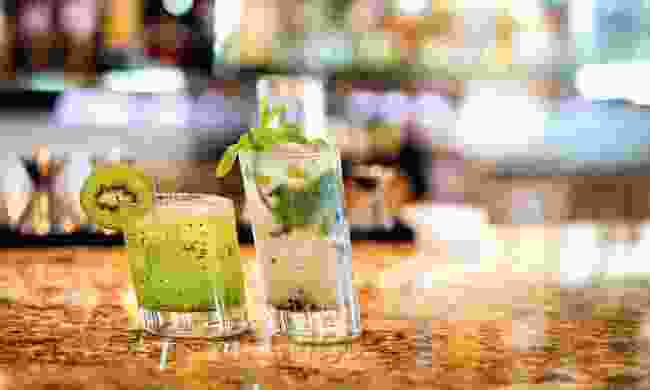 Packages include drinks with meals, so you don't have to worry about your budget (TUI River Cruises)

You might already be on board with some of the no-stress perks of cruising – no faffing about with connections nor the constant packing and unpacking that comes with a multi-centre trip – but did you know many river cruises are adults-only? For example, all three of TUI’s river cruise ships are for over-18s only. What’s more, packages include flights, transfers and drinks with meals, so you can let any concerns about budgets slip away as you drift off along the river. 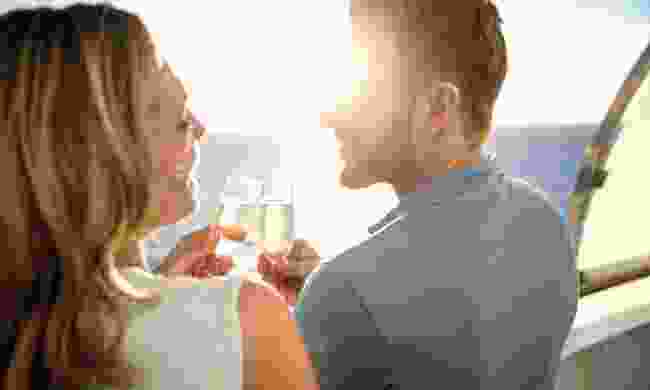 With an ever-changing view from your waterside bedroom, you’ll be more than happy to retire to your cabin on board most river cruise ships. While the vessells are smaller than ocean cruise ships, the cabins are a good size and maximise the views. TUI River Cruises’ ships, for example, have some French balcony suites as well as cabins with floor-to-ceiling windows so you won't miss out on any of the views. And with four staff to every passenger, you can expect a ship-shape service. 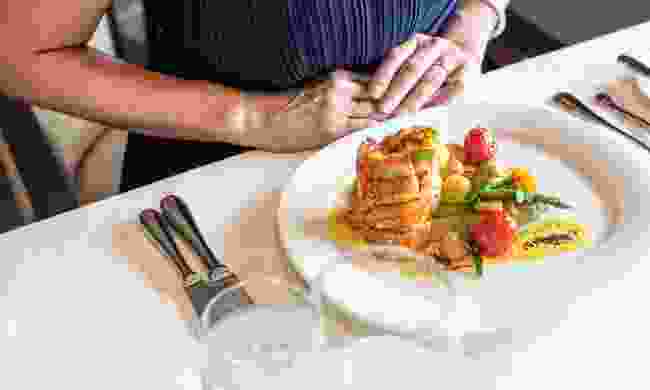 TUI has a choice of two restaurants (TUI River Cruises)

River cruises are all about enjoying the local landscape with no formal dress codes or endless entertainment. But if you want to get involved, there are usually fun activities, from practicing your yoga moves on top deck to sitting down to a gourmet barbecue. On river cruises, top deck is the place to be during those relaxing cruising hours. TUI’s ships, for instance, have different zones including a sunbathing space and sofas for sinking into as you drink in the dreamy views. There’s even a herb garden and active zone where you can unwind with yoga, pilates and stretching sessions. There's also nightly entertainment – it might be live music or a comedian.

From ticking off the Netherlands, Germany and Switzerland while meandering down the mighty Rhine to clambering ashore to discover some of Europe's less-travelled places along smaller estuaries, TUI have river cruises to suit all tastes and all budgets.

When you book with TUI, you can also enjoy £120 of excursion credit per person to use on a range of off-shore travel experiences, such as wine tasting at beautiful vineyards, exploring charming old towns on a guided walking tour, discovering Budapest on a bicycle and much more.

Inspire yourself by looking through their itineraries here