Campervanning isn’t just for summer! 7 ideas for a campervan break in the UK this winter

Although seen by many as just for summer, campervanning can be just as cosy in winter. Plus it's cheaper and easier to ditch the crowds. Here are seven top places for a cosy campervan trip in the UK...

1. See the northern lights in the north west of Scotland 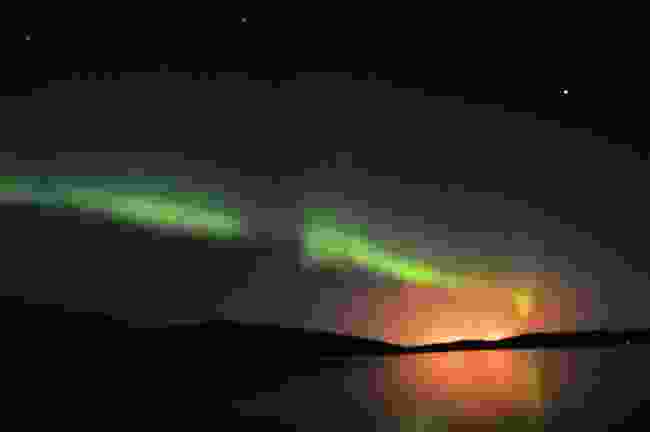 See the northern lights in the north west of Scotland (Shutterstock)

Forget travelling to Lapland to see the northern lights. Strike out into the Scottish wilderness and you could get lucky searching winter’s cold and dark skies. The best places to witness the dancing patterns of green and blue are in the country’s north. The North West Highlands are particularly scenic and remote. With a campervan, there are few limits to where you can experience the aurora and you might not even need to leave your bed. Park somewhere high up, away from light pollution, then look north. Sightings are possible near Applecross, which can be reached by a spectacular drive along one of Britain’s highest roads, and near the fishing village of Lochinver. UNESCO has recognised the North West Highlands as a geopark, due to the special relationship the small communities here have with their mountainous landscape.

Find a campervan in Scotland 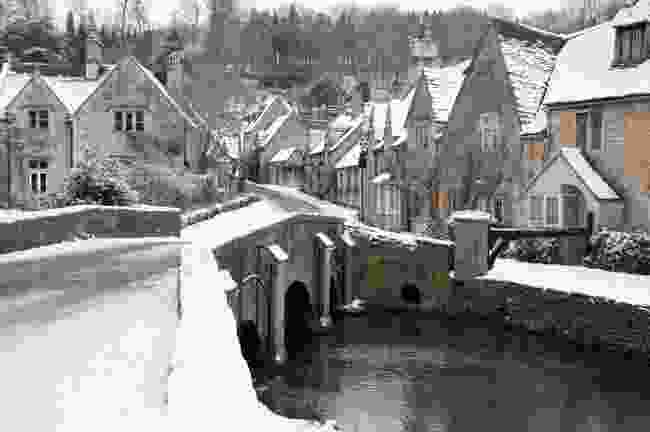 Avoid meeting a bus-load of tourists on the Cotswolds’ tiny high streets by visiting the region during the colder months. The buttery-stone villages here have their own magic in winter, as anyone who has seen the film The Holiday will know. Country walks past fields of sheep, wooded hills and churches dressed for Christmas, are refreshing in the crisp air. Then there is the prospect of warming up afterwards beside a roaring fire in a quaint pub. Town markets will be livelier than ever, with stalls selling handicrafts and Christmas hamper goodies. Bourton-on-the-Water is known for standing its Christmas tree in the river and the Corinium Museum in Cirencester has Roman mosaics for a wet weather day. The highlight, though, is Blenheim Palace, which is lit up from the end of November, with a trail through its gardens and grand, Nutcracker-themed rooms.

Find a campervan in the Cotswolds 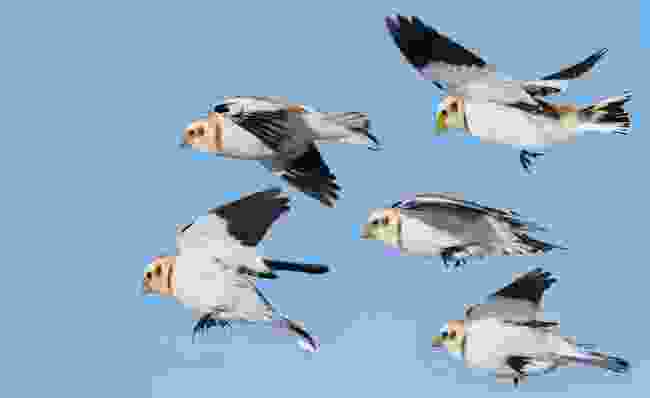 Winter is the optimum time to see some of Norfolk’s greatest wildlife. The county’s coast is one of the best places in the UK to see seal pups, with Grey Seals born in December and January. They are suckled on the beach for three weeks and can be viewed from a distance while their mums fish at sea. Take a boat to Blakeney Point or walk along the dunes to viewing platforms at Horsey Gap to see the spectacle of hundreds of seals dotted across the sand. The birdlife in wintry Norfolk is impressive too, with large numbers of pink-footed geese flying noisily in January and February at nature reserves in Holme Dunes, Cley Marshes, Hickling Broad and Martham Broad. Pretty snow buntings head to Salthouse beach from Iceland in winter, where their white plumage can be picked out against the shingle.

Find a campervan in Norfolk 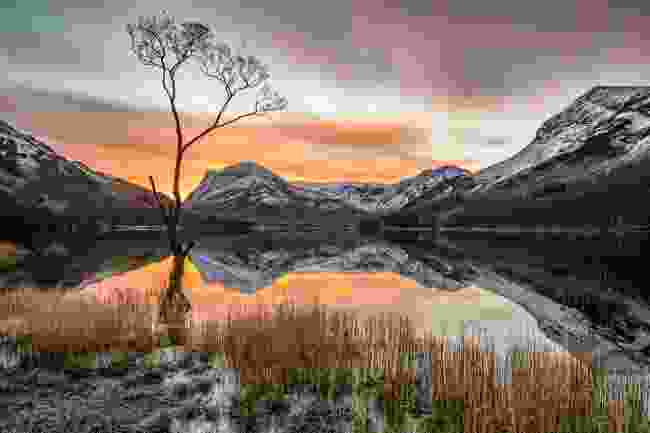 The Lake District possesses a serenity in winter, making it an ideal time to breathe in its beauty. Gone are the crowds that fill the tea shops and file down the more popular fells, instead you can have the views that inspired Wordsworth and Wainwright all to yourself. Expect snow on the mountains and welcoming fires in lakeland pubs. Fell-walking is trickier but the lakes quietly shimmer in the cold light. Try a circular walking route around one, such as Buttermere, which should be ringed by snow-dusted peaks. If snow has fallen, the mountain forest of Whinlatter becomes a winter wonderland, plus there is a cafe to warm up in. Christmas fairs are common in December, while skiing is possible in January from the button-tow lift on Raise, next to Helvellyn.

Find a campervan in the Lake District

5. . Have fun in the snow in the Cairngorms National Park 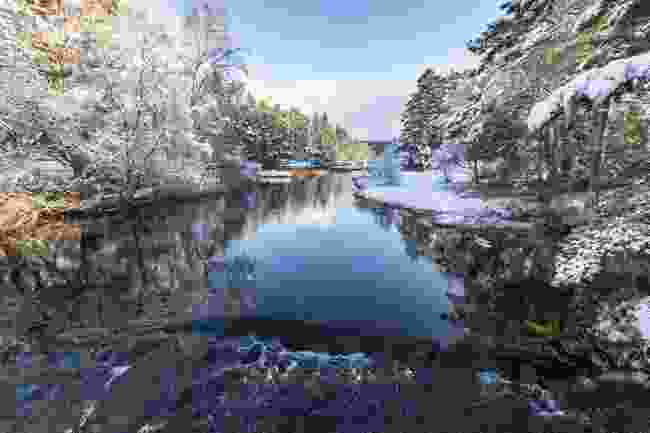 Snow is even more of a likelihood in Scotland’s Cairngorms National Park. To softly pad between snow-laced branches, head to Lily Loch, which has stood in for Narnia on television, while Loch an Eilein, which has a 13th-century island castle, and Uath Lochans, are scenic picks for walking too. Fill a hip-flask to take the edge off the cold after touring one of the park’s whisky distilleries. Along with regular skiing at Cairngorm, Glenshee and the Lecht, ski touring is possible, as is cross-country skiing at Glenmore, which has its own cross country piste-cutting machine. Non-skiers can get their thrills by sledging or by strapping on snowshoes. The Cairngorms has its own reindeer herd too, with visits to paddocks decked in tinsel and walks with the herd available.

Find a campervan near the Cairngorms National Park

6. Browse the Christmas markets in Winchester 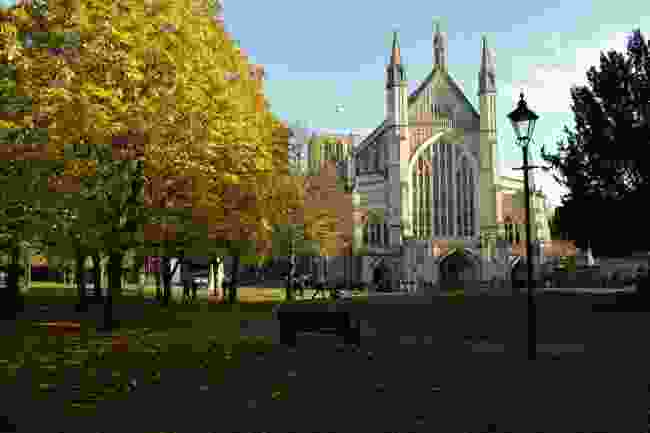 Those in the mood for festive cheer should set their sights on Winchester. The prominent cathedral - which is the longest medieval cathedral in Europe - is the city’s heart and the focal point for Christmas celebrations that include carol services. Winchester’s Christmas market is one of Europe’s best and is inspired by German festive markets. Decorated wooden chalets that house more than 100 stalls are set around an ice rink in the Cathedral’s Inner Close. The smell of cloves and roasting chestnuts hangs in the air while visitors skate beneath the lit-up cathedral walls. Stalls selling food and drink goodies, handmade jewellery, ceramics, art, and knitwear are open every day between November 19th and December 22nd. The market kicks off with a show and the city’s lantern procession, scheduled for November 26, is particularly atmospheric.

Find a campervan in Winchester

7. Christmas lights beside the sea in west Cornwall 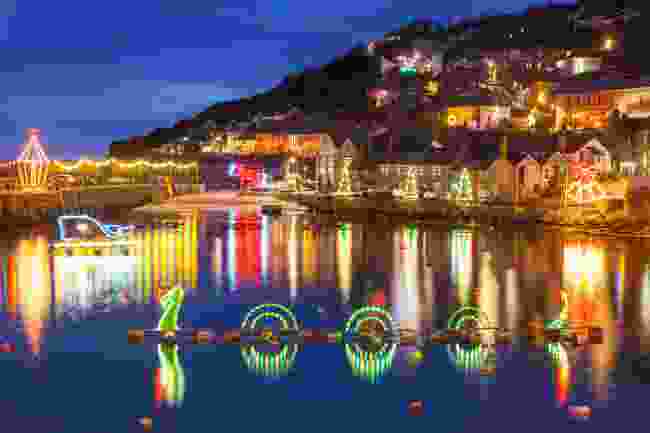 Winter adds drama to the Cornish coast, with waves at their most wind-whipped. Travelling in a campervan presents endless possibilities for bracing walks that enable you to appreciate the full might of the sea, with only local dog walkers for occasional company. The old fishing village of Mousehole offers the opportunity for Christmas fun too. The granite houses on its quayside seemingly huddle together for shelter but in December they have something bright to look out on – a cheerful array of lights. Mousehole’s festive lights adorn houses, climb the hillside and sit out in the harbour. They usually include the outline of a church and a whale and are turned on each evening, lasting until the early days of January. For fans of cold (and not-so-cold) water swimming, Penzance’s art deco lido, nearby, offers a geothermal saltwater pool alongside its cold-water pool, which should be steaming nicely in winter.

Find a campervan in Cornwall

Goboony believes that everyone deserves to feel the freedom of the road that motorhome travel provides without having to worry about the price or logistics. That’s why Goboony was created, a platform that brings together motorhome owners and travellers looking to experience van life for themselves. Their mission? To help one million people enjoy the ultimate freedom that only motorhome travel provides by 2025. Goboony’s prices are 40% lower than traditional rental companies and you can choose from over 5,000 campervans on Goboony spread across the UK and Europe so wherever you want to go, you can find a motorhome somewhere nearby helping you to reach those far-flung corners easier and for less money.