Find the freedom of the road: 9 uncrowded places for a campervan trip in the UK

From rural Herefordshire in England to Wales' unspoilt Ceredigion coast and the rural landscapes of Angus in Scotland, we've teamed up with Goboony to find some lesser-visited campervan spots in the UK...

Many of us are still continuing to adventure closer to home, with the rise in staycation also meaning campervanning has increased in popularity. That's why we have teamed up with the experts at Goboony to find nine uncrowded and exciting places in the UK that are perfect for exploring by campervan...

Where to campervan in England 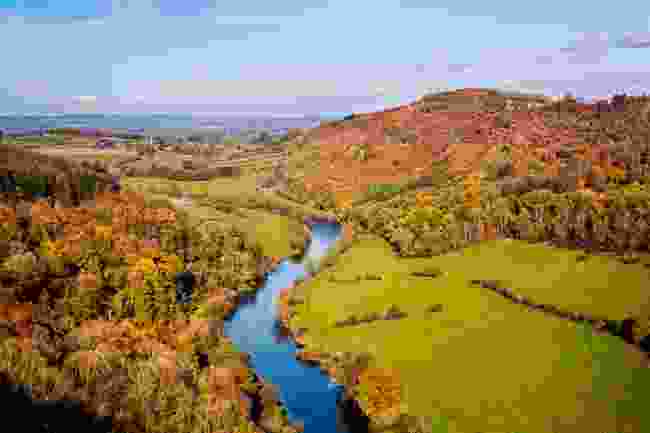 While the nearby Cotswolds and, just over the Welsh border, the Brecon Beacons, draw crowds, Herefordshire is a perennially overlooked county despite its rural appeal. Quaint market towns lie within the folds of velvety hills but not many of them are household names. The most famously pretty area is the lush Wye Valley, which is perfect for walks and splashing about on the river in canoes or on paddleboards. Herefordshire has long made traditional cider, so look out for cycle and walking routes through apple orchards, plus tasting opportunities. Driving around in your campervan, you will be sure to also come across some of the county’s 'black and white villages', such as Pembridge, so called because of their medieval, half-timbered buildings. There are wild ponies to spot on Garway Hill, while the city of Hereford has a cathedral and the Mappa Mundi - the largest surviving medieval map of the world.

Find a campervan in Herefordshire 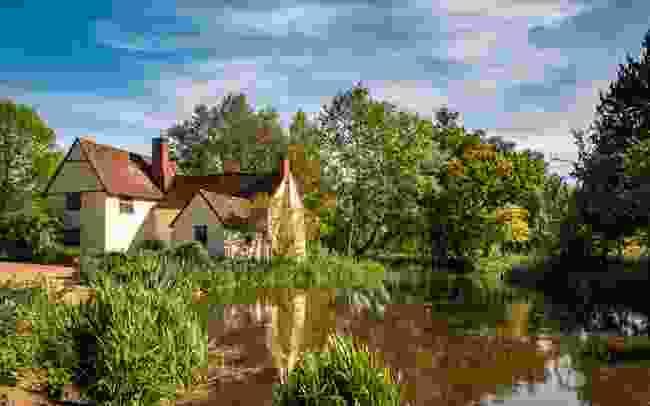 Visitors who tend to rush through Suffolk on their way to Norfolk, or who choose Cambridgeshire instead are missing a trick. There is more to this quiet county than you may first think. The flat terrain gives way to huge skies and the coastline, often backed by heath or wetlands, is home to RSPB reserves and under-the-radar beaches. Southwold, with its literary connections, pier and beach huts is already well known, as is pebbly Aldeburgh. However, a little further away, the tufted dunes at Walberswick are a peaceful place to reconnect with nature, as are the dunes and crumbly cliffs at Kessingland. Castles dominate historic Orford and Framlingham or you could take to the Stour Valley for a pleasant drive and perhaps a swim, stopping off to see the riverside scenes that inspired the paintings of Constable along the way.

Find a campervan in Suffolk 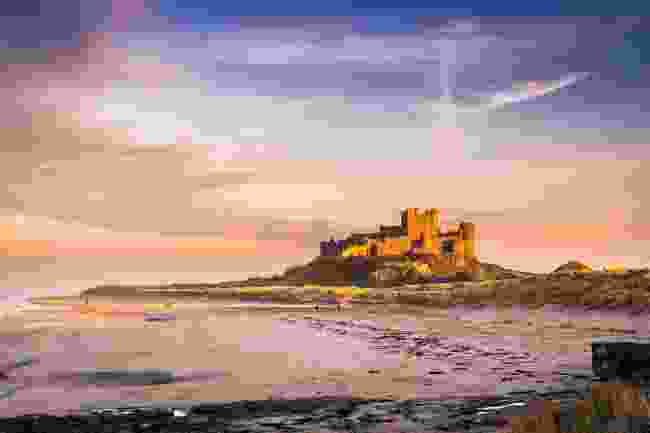 Campervanners from the south who don’t have the time to reach Scotland will be glad they set the sat-nav for Northumberland instead. Of the many, little-known sights, Bamburgh Castle is perhaps the standout image, a Norman castle brooding above a wild beach. Further down the coast, the fishing village of Seahouses is an atmospheric stop, while there are any number of empty, sweeping beaches nearby for a bracing walk. Sea kayaking and diving with grey seals is possible too. Inland, the countryside is a blend of meadows and heathland, where you are unlikely to encounter others. Nights spent beside the van in Northumberland will be memorable for their stargazing opportunities, as the more remote areas, near observatories and even two pubs, form part of the UK’s largest Dark Sky Park.

Find a campervan in Northumberland

Where to campervan in Wales 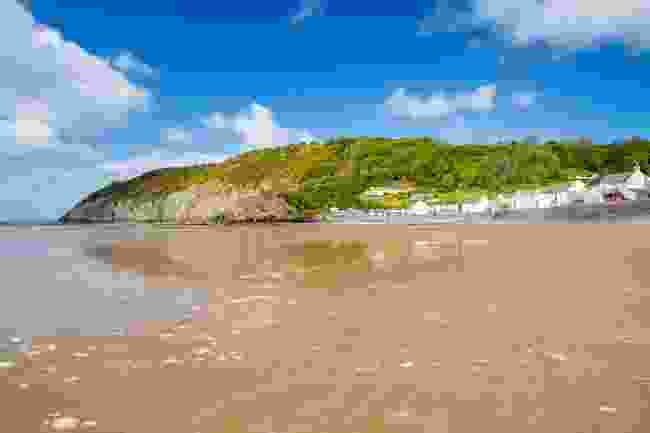 The dramatic Welsh coastline is awash with long sandy bays and rocky coves, many of them wild beaches without facilities. Some do get busy though, and with concerns about over tourism on the Llyn Peninsula and in Pembrokeshire, the beaches of Carmarthenshire are a quieter choice. It is easy to find a peaceful spot on Cefn Sidan beach, which is 12km long and looks towards the, also popular, Gower peninsula. The beach is backed by a smooth path through The Millenium Coastal Park which is suitable for cyclists and continues east along the coast. Pendine Sands beach, further west, is also long and broad and has witnessed the setting of various land speed records. Nearby Morfa Bychan, meanwhile, is a golden cove with a remote location that keeps it tranquil. Three castles dot the landscape around the Taf estuary and the Dylan Thomas Boathouse can be visited at Laugharne.

Find a campervan near Carmarthenshire 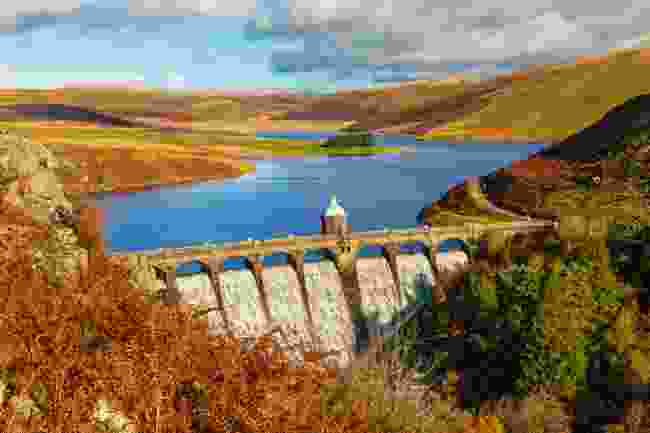 The Cambrian Mountains have been called the last wilderness of Wales and its 'green desert', so are ideal for a campervan adventure. The plateau, with Snowdonia’s popular peaks to the north and the Brecon Beacons to the south, is covered in heather and sedge in season. Home to few settlements and even fewer roads, the waterwheels and abandoned chimneys of former mines are often all that can be seen, scattered about.

The Elan Valley is a highlight and a haven for mountain bikers and walkers, featuring a chain of pretty reservoirs encased by craggy hills and striking stone dams. Be sure to take the scenic drives through moorland to the particularly photogenic Craig Goch and Caban Coch. Red kites and other birdlife can be spotted and there is a kite feeding station and lakeside walk at Bwlch Nant yr Arian Forest Visitor Centre.

Find a campervan near the Cambrian Mountains 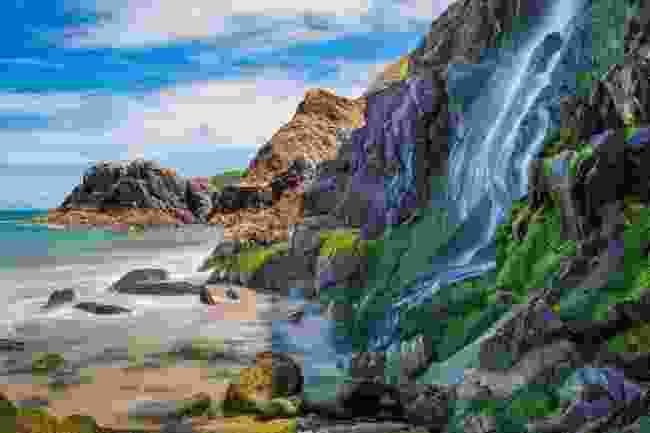 The waterfall at Tresaith (Shutterstock)

Perhaps Wales’s least developed and arguably most serene coastline stretches north from Cardigan Bay, past agricultural yet arty Aberystwyth, to Gwynedd. The countryside is speckled with farms, while rural towns have galleries that support local artists and bountiful farm shops. Beachwise, Llangrannog has intriguing rock formations and a pub that looks out to sea. At low tide it’s possible to walk around to golden Cilborth too. Penbryn Beach is so unspoilt that it is great for stargazing, cradled by wooded slopes. Nature lovers will also want to head for Ynyslas, sitting at the top of Borth’s Blue Flag beach. The nature park has a boardwalk across dunes where birds nest and cars are allowed to park on the firm sand at the top. Mwnt is a hidden, steep-sided cove where there is a chance of spotting dolphins. The region’s real star however is Tresaith, where a tall waterfall tumbles down a cliff onto the beach.

Find a campervan near the Ceredigion coast

Where to campervan in Scotland 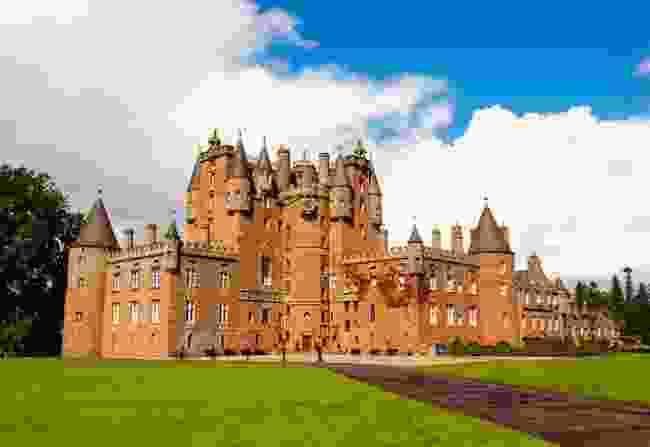 Glamis Castle in Angus is the setting for Macbeth (Shutterstock)

In Angus, a region of rural landscapes north of Dundee, it is fairly easy to escape the crowds. It shouldn’t be hard to find tranquility amid the muscular hills of the Angus Glens which, at verdant Glen Clova, reach into a lesser-visited corner of the Cairngorms National Park. Ten munros are just waiting to be bagged and the miles of narrow and twisting mountain roads are ideal for adventurous touring. The raging Reekie Linn is a double waterfall, so well worth the drive to Glen Isla, where ospreys fly.

Glamis Castle, which was the setting for Macbeth, is in the valley of Strathmoor where you will find Angus cattle grazing. Don’t forget to try the local haddock speciality, an Arbroath Smokie, while visiting the town’s 12th-century abbey. The V&A Museum of Design in Dundee is the only one outside London and also deserves a look.

Find a campervan near Angus 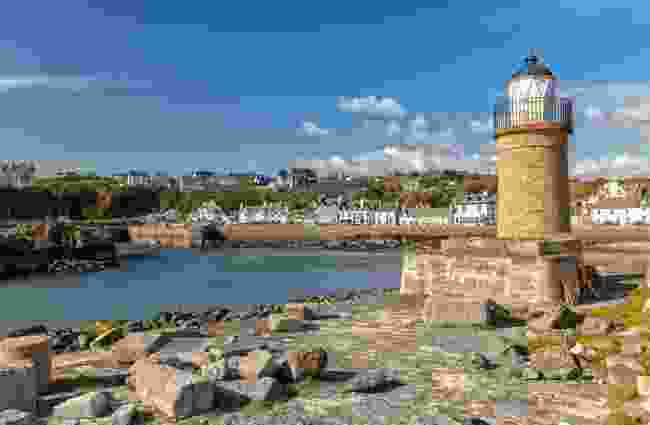 Harbour of Portpatrick in Dumfries and Galloway (Shutterstock)

This region’s landscapes may be softer than in other parts of Scotland but there are still plenty of adventure travel opportunities, as well as charming towns and a varied coastline. Dumfries is one of Scotland's most appealing towns, a market town with old, sandstone bridges, not far from the Anglo-Scottish border. It is where Robert Burns spent his last years and there is a visitor centre dedicated to his poetry. Ruined Caerlaverock Castle, south of here, still has lots to see, with a moat and a gatehouse with two towers. The Moffat Hills has a 60m-high ‘hanging valley’ waterfall, Grey Mare’s Tail, above which you can hike to Loch Skeen. Galloway Forest Park, meanwhile, is  a dark sky park, with guided walks to see red deer. Mountain bikers are well catered for within the park, thanks to the 7stanse trails, which suit beginners and up.

Find a campervan near Dumfries and Galloway 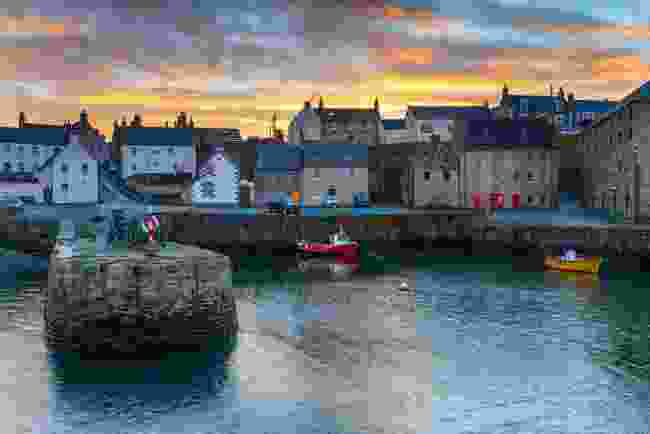 The north east coast of Scotland is ripe for mellow exploration, with 265km of coves and cliff-backed beaches that encompass an intriguing mix of nature and maritime heritage. The St Cyrus National Nature Reserve sees pillowy dunes bookended by cliffs and offers the chance to see peregrine falcons. Further north, Cruden Bay sports a three kilometre crescent of pale pink sand but holds a dark secret: it’s overlooked by Slains Castle, the fortress that is said to have inspired Bram Stoker to write Dracula. Macduff is known as Scotland’s dolphin coast, where you can drive past salty fishing villages, keeping an eye out for dolphins, whales and porpoises along the route. Charming Portsoy, further along, has one of the oldest harbours in Europe. Top the trip off with a visit to the Aberdeen Maritime Museum, tour the cobbled lanes and 12th-century cathedral of Old Aberdeen or pop into the Aberdeen Art Gallery, in one of the grandest buildings in the city.

Find a campervan near the Aberdeenshire Coast

Goboony believes that everyone deserves to feel the freedom of the road that motorhome travel provides without having to worry about the price or logistics. That’s why Goboony was created, a platform that brings together motorhome owners and travellers looking to experience van life for themselves. Their mission? To help one million people enjoy the ultimate freedom that only motorhome travel provides by 2025. Goboony’s prices are 40% lower than traditional rental companies and you can choose from over 2,000 campervans on Goboony spread across the UK and Europe so wherever you want to go, you can find a motorhome somewhere nearby helping you to reach those far-flung corners easier and for less money.