There are few places in the world more synonymous with exploration and adventure than the Northwest Passage. Here are seven experiences that will stay with you for a lifetime...

There are few places in the world more synonymous with exploration and adventure than the Northwest Passage. Travelling on an expedition ship, deep into the Canadian High Arctic, you can follow in the wake of explorers who first sought this legendary route across the top of the world – but your voyage will also lead to encounters with pristine wilderness, fascinating Inuit culture and spectacular wildlife. Here are seven unforgettable experiences to enjoy on a small-ship voyage in the Canadian High Arctic and Northwest Passage… 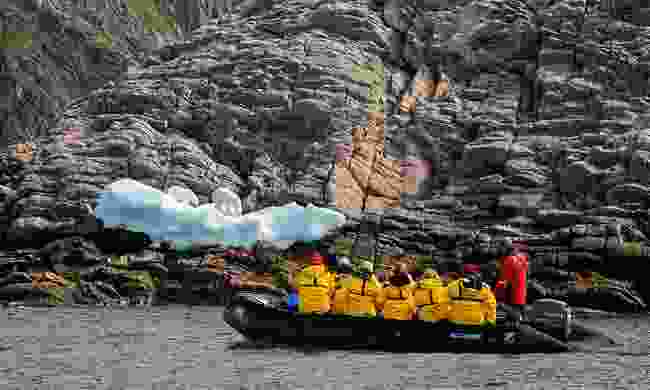 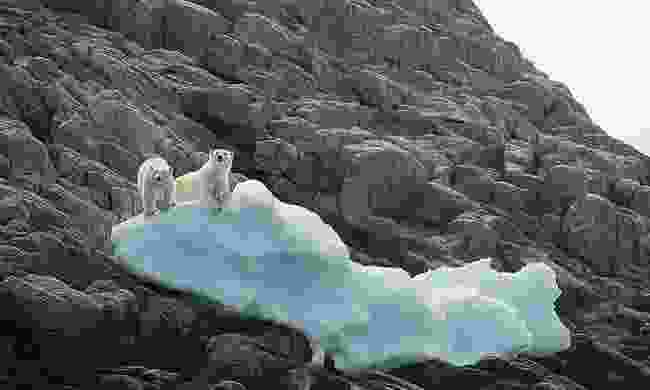 The Canadian High Arctic is prime polar bear territory. Cruising along the north coast of Baffin Island, delving into its myriad fjords, you never know when a sighting might come. It could be a tantalising glimpse from the deck of your expedition ship or, if you’re lucky, a closer view during an excursion in one of the ship’s inflatable Zodiacs.

Either way, to witness Ursus maritimus roaming these wild, frozen shores is a heart-stopping moment that will stay with you forever. If the polar bear is the star of this grand Arctic stage, there’s no shortage of supporting roles. During a summer voyage through this part of the world, wildlife sightings can also include muskoxen, walrus, ringed seal and arctic fox, as well as several species of seabird and cetacean.

2: Following in the wake of polar explorers 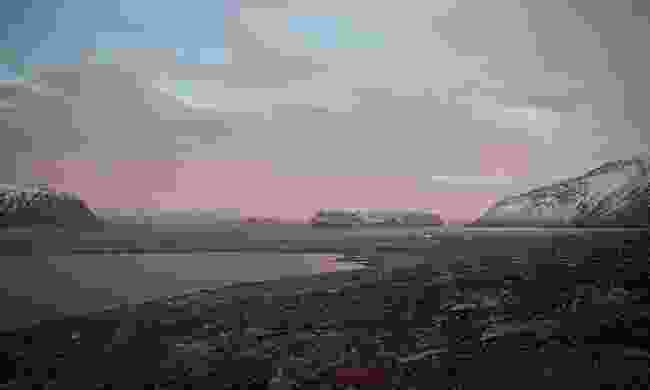 The quest for the Northwest Passage – the elusive route linking Atlantic and Pacific Oceans via the Canadian High Arctic – defeated explorers for centuries. No attempt ended more tragically than the 1845 Franklin expedition. All 129 crew aboard HMS Erebus and HMS Terror perished.

The wrecks of both ships were discovered in recent years, but the most poignant legacy of the ill-fated venture are four simple graves standing eerily on a desolate plain on Beechey Island at the western tip of Devon Island. Three were young men from Sir John Franklin’s expedition, the fourth was one of the men who went looking for them. Going ashore at the Canadian National Historic Site form a Quark Expeditions' voyage, you also follow in the footsteps of Roald Amundsen who landed here in 1903 during the first successful voyage by ship through the Northwest Passage. 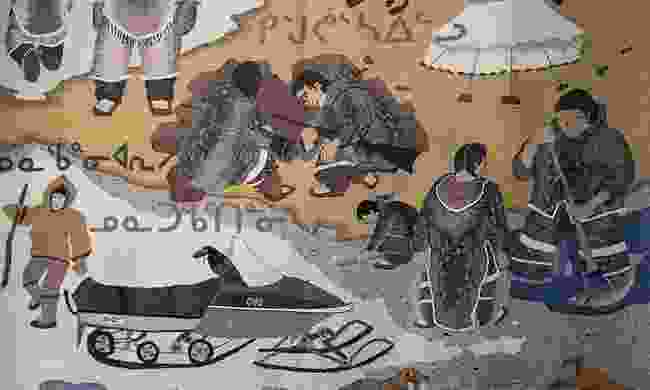 For some 5,000 years, the Inuit have lived in the Arctic, their culture and history entwined in an epic tale of human settlement and endurance. Their story is not only about the traditions they evolved in order to survive in one of the world’s most hostile environments – it’s also about how they have adapted to modern-day change.

Sailing along Baffin Island’s east coast on your voyage through the Northwest Passage, your ship might call at the Inuit settlement of Pangnirtung. Nestled beneath jagged peaks on Baffin Island, ‘Pang’ is renowned for its arts and crafts. As the Inuit gave up their nomadic lifestyle and settled in communities like this, they continued ancient traditions like carving. Soapstone has become their medium of choice and you can watch artists at work, not only chiselling exquisite figures of animals and people, but also creating tapestries, prints and paintings depicting everything from hunting scenes to symbolic Inuit beliefs. A visit to Arctic Bay, also on Baffin Island, is another great opportunity to learn about Inuit traditions, while a shore excursion to Qilaqitsoq on Greenland's west coast takes you to the ruins of an ancient settlement where the remains of eight fully-dressed mummies dating back to 1475 were discovered.

4: Cruising in Zodiacs to remote inlets and deserted coasts 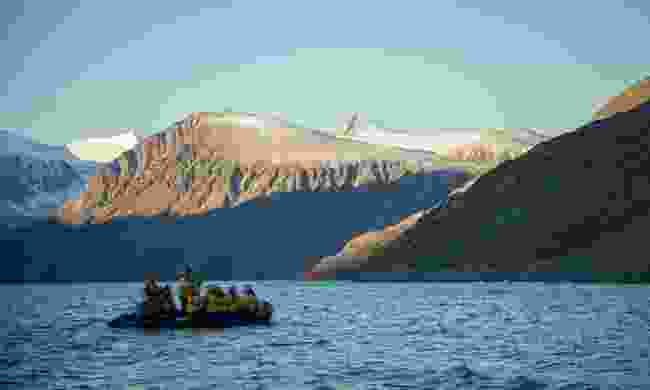 The type of ships operated Quark Expeditions in the arctic are small, nimble and capable of navigating the narrow inlets and fjords, inaccessible to larger vessels. But an expedition ship can only take you so far. To fully experience the rugged wildness of the Canadian High Arctic, you need to hop into one of the ship’s Zodiacs.

Piloted by highly-experienced crew, these stable, rigid-hull-inflatables provide an intimate and exciting brush with the Arctic – whether you’re cruising (at a safe distance) along the face of an actively calving glacier in Croker Bay, or scouting the shoreline of Monumental Island for polar bears and walrus. Zodiacs also provide ship-to-shore transport, ferrying you to deserted beaches, teeming seabird cliffs or remote Inuit settlements.

5: Hiking and paddling in the Arctic Circle It’s one thing to stand at the rail of an expedition ship slowly nudging through the Northwest Passage, spellbound by the mountains and cliffs rearing all around you. But it’s only part of the experience of voyaging in the High Arctic. By stepping ashore at some far-flung fjord hundreds of kilometres north of the Arctic Circle, you get a real sense of the grandeur and silence of the place – not to mention the detail at your feet from splashes of purple saxifrage and yellow arctic poppy.

Hikes range from easy guided walks to more challenging mountain treks. Sea kayaking is equally rewarding. Gliding silently past blue icebergs or through pristine mountain reflections in sheltered inlets, a kayak can provide a unique vantage point for observing seabirds, seals and even polar bears and caribou. Invented by the Inuit, a kayak also gives you a sense of how people have explored this wilderness for millennia. 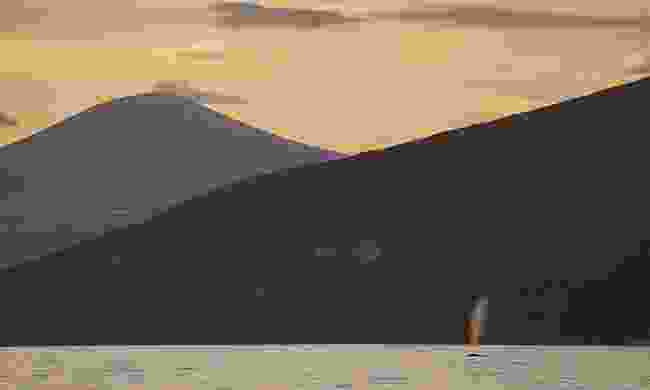 Sometimes called the Iceberg Capital of Nunavut, Qikiqtarjuak (formerly known as Broughton Island) is a natural trap in Davis Strait for these frozen hulks, spawned by the huge tidewater glaciers of Greenland and the Canadian High Arctic. During summer, these icy waters attract several species of seals and cetaceans, including the spiral-tusked narwhal (though extremely rare) and the beluga or ‘sea canary’, renowned for its repertoire of high-pitched calls.

Ring and harp seals can be seen resting on ice floes and, if you’re extremely lucky, you may spot a bowhead whale. Growing to 18m in length and weighing up to 100 tonnes, these stocky Arctic whales were hunted to the brink of extinction, but a large population can now be found each summer in Isabella Bay on Baffin Island.

7: Capturing the beauty of the High Arctic on camera 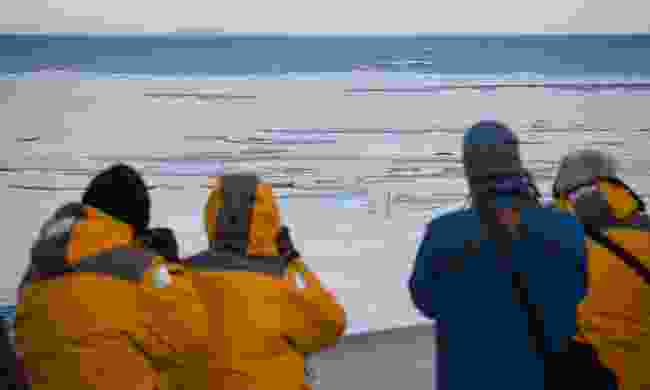 Rising like exclamation marks in a land filled with startling scenery, the granite peaks and cliffs of Sam Ford Fjord are legendary among extreme rock climbers. For those on an expedition voyage, it’s enough to simply photograph the colossal spires and sheer rock faces of this stark, bewitching fjord that cuts 110km into the east coast of Baffin Island.

With the sun shining long into the night during summer, photographers relish the quality of light in the Canadian High Arctic. As well as panoramic landscapes, there are opportunities to zoom in on polar bears, arctic foxes and other wildlife, or kneel down in the tundra to frame a close-up of summer flowers. From sensitive portraits of Inuit culture to abstract compositions of glacial ice, it’s a photographer’s dream – and a privilege – to set sail for the Northwest Passage.

Leading polar adventure operator, Quark Expeditions (quarkexpeditions.com) offers small-ship expedition voyages in the Canadian High Arctic and Northwest Passage, with trips of up to 20 days venturing far above the Arctic Circle, in the land where the sun never sets. 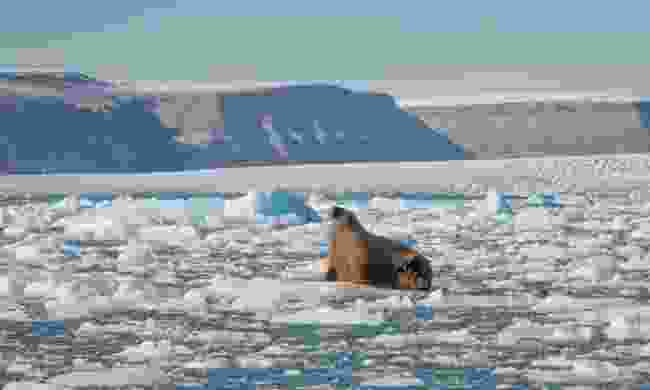 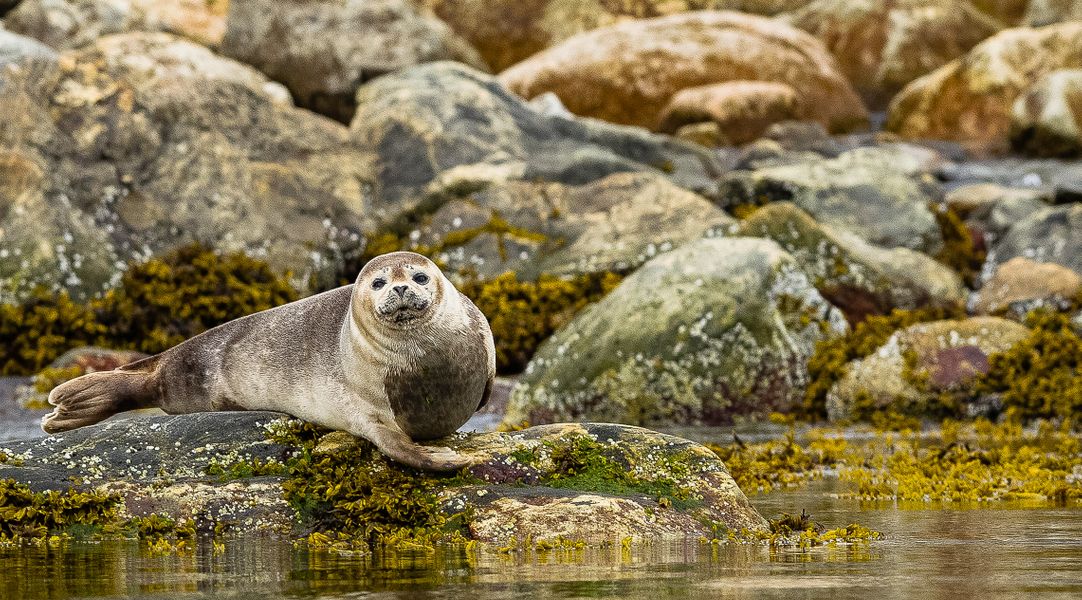 All images shot on a Quark Expeditions voyage (Acacia Johnson)