Spitsbergen is the largest island in the Svalbard archipelago, alive with polar bears, whales, walruses and a rich history of exploration. Discover why you should visit now...

Rearing from the Arctic Ocean, about halfway between Norway and the North Pole, Spitsbergen is the largest island in the Svalbard archipelago. Few places stir your wanderlust more. An expedition voyage in this High Arctic wilderness is not only supercharged with the possibility of polar bear sightings – you’ll also fall under the spell of some of the world’s most breathtaking scenery, feel the warmth of the midnight sun and experience the unique silence and tranquillity of the polar summer. Read on for nine reasons to embark on a small-ship expedition voyage at the top of the world… 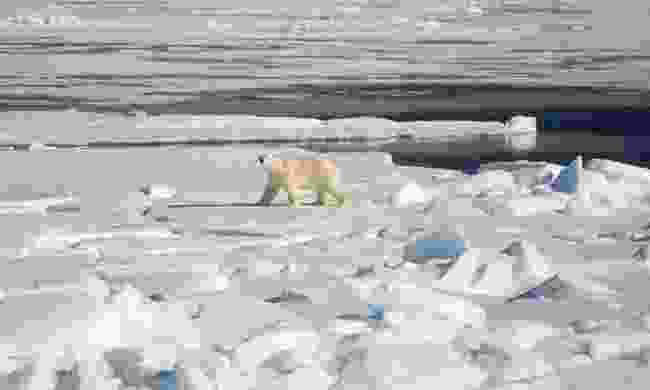 Svalbard is the kingdom of the Ice Bear. In fact, there are more polar bears here than people. Longyearbyen, the mini-Arctic metropolis on Spitsbergen where you board your ship, is home to around 2,100 residents, while a further 450 or so live in the mining community of Barentsburg. Polar bears, meanwhile, number about 3,000 and roam far and wide.

To glimpse one patrolling the pack ice beneath Spitsbergen’s dragon-back peaks, or foraging along rocky tundra at the foot of a blue cliff of glacial ice is a heart-stopping moment. Polar bear sightings can never be guaranteed, but Svalbard is one of the very best places to see the world’s largest land carnivore. An expedition voyage on a ship with an ice-strengthened hull can take you to prime locations, including their preferred hunting grounds at remote spots like Phippsøya and Isbukta. It's important to select the right expedition company — one with a highly skilled navigational team like Quark Expeditions' — to offer these candid encounters with wildlife. 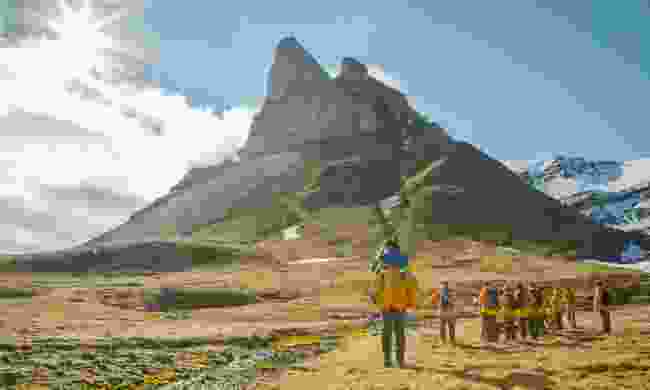 The clarity of the Arctic air has something to do with it. And the vivacity of the midnight sun certainly helps. But whichever way you look at it, Spitsbergen’s scenery will take your breath away: the meringue-whip of mountains, cerulean tongues of glaciers curling beneath them; the sparkling fjords and flower-speckled tundra; icebergs, towering seabird cliffs, deserted rocky shores. It’s a photographer’s paradise, an escapist’s utopia, an adventurer’s dream. You might even recognise it from shows like Blue Planet, Frozen Planet and Planet Earth. 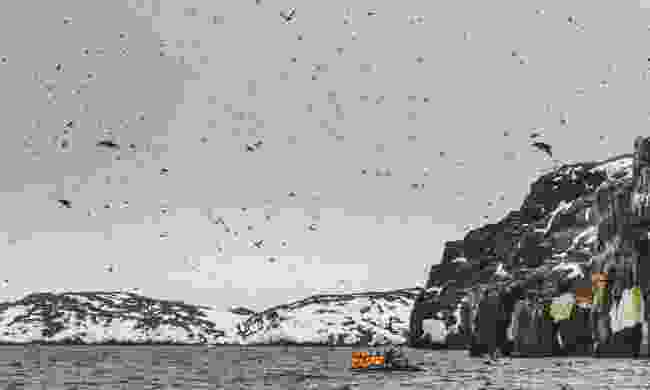 On a Quark Zodiac (David Merron)

Polar bears might be foremost in your mind (and top of your wishlist), but you’ll quickly realise that an expedition voyage to Spitsbergen opens a treasure chest of other wildlife watching treats – including a birding bonanza. Breeding activity reaches its peak around late June when cliff-face seabird citadels (like Alkefjellet) are thronging with millions of guillemots, kittiwakes, fulmars and little auks. Several species of geese, gull and wader also breed in Spitsbergen, along with eider duck, red-throated diver and Arctic tern. As well as birdwatching from deck, Zodiac excursions and coastal hikes led by expert guides provide wonderful opportunities for training your binoculars on this avian spectacle.

4: The whales and walruses… 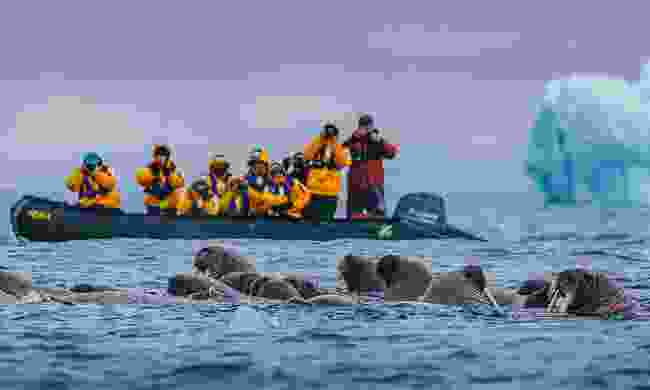 Along with polar bears and prolific birdlife, cetaceans and seals often play a starring role in expedition voyages along Spitsbergen’s shores. Blubber doesn’t get any more grotesquely beautiful than when its wrapped around a 1,000kg walrus. To encounter these wrinkled, moustachioed pinnipeds in large haul-outs, snoring, belching and breaking wind under the midnight sun, is utterly captivating. You may also spot bearded seals resting on pack ice, or ringed seals spy-hopping above the surface. It’s always worth scanning the fjords and straits for telltale blows of other species too, such as the majestic humpback, blue, minke and fin whale.

5: …and not forgetting Arctic foxes and reindeer 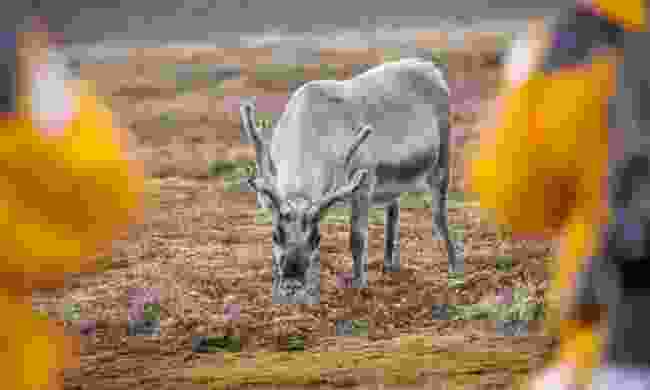 Completing Spitsbergen’s line-up of fur, feathers and flippers are the Arctic fox and Svalbard reindeer – the island’s only other native land mammals apart from polar bears. Numbering about 10,000 in the archipelago, Svalbard reindeer are often seen wandering around the town of Longyearbyen, browsing amongst the snowy tufts of cotton grass at the road’s edge. By contrast, Arctic foxes are more wily and elusive. But don’t worry – expedition ship naturalist-guides have a knack for spotting them. During summer, when these diminutive canids moult from white to brown, they are often lured to seabird nesting cliffs where eggs and chicks make rich pickings.

6: The sense of discovery 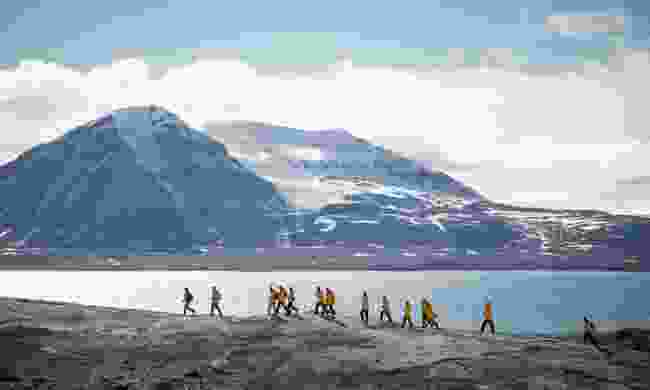 On an expedition cruise to Spitsbergen, you’ll be following in the wake of polar explorers. Dutch navigator Willem Barentsz discovered the Svalbard archipelago in 1596, but it’s perhaps better known as the starting point for Roald Amundsen’s airship journey in 1926 when he became the first person to reach the North Pole. He set out from Ny-Alesund, a former mining settlement in northwest Spitsbergen that is now a polar research station and the world’s northernmost town (complete with post office). These places you'll explore are rarely visited by other travellers so it's an opportunity to truly discover your own inner explorer and go where few have gone before. 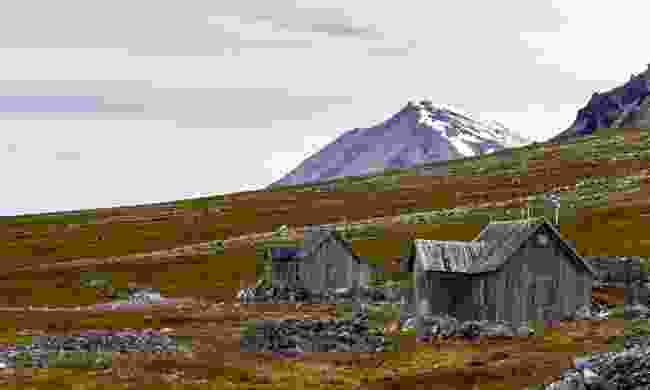 Although Spitsbergen’s scenery and wildlife naturally steal the limelight, you will also learn about the island’s fascinating history. Whaling, trapping and mining have all left their mark here.  A shore excursion to Smeerenburg, for example, reveals old blubber ovens from the 16th century, as well as the graves of the whalers who serviced them. Trappers followed, and you can find their abandoned wooden shacks on lonely rocky shores throughout the archipelago. Mining arrived in Spitsbergen in the early 1900s and continues today near Longyearbyen.

8: The touch of the midnight sun 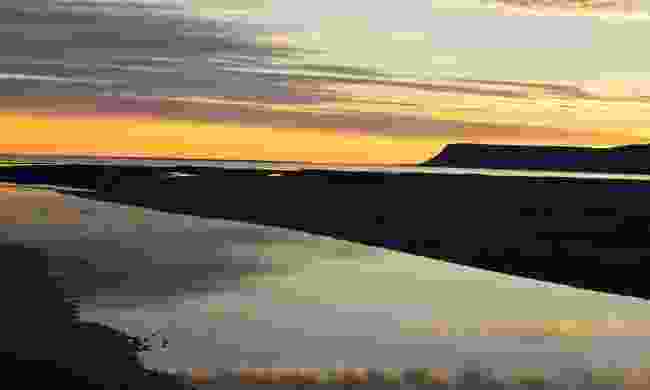 Following four months of darkness during the polar night, the sun returns to Svalbard in April, the days lengthening until June when the sun never sets. It’s quite possible on an expedition voyage here to experience a fortnight of 24hr sunshine. Not only does this add greater flexibility and more opportunities for seeing and photographing wildlife in Spitsbergen, but the longer, warmer days of summer also trigger an explosion of life. Birds arrive to nest, whales feed closer inshore as the pack ice breaks up, and the tundra becomes stippled purple, white and yellow with a delicate tapestry of saxifrage, cloudberry, campion and dozens of other Arctic flowers.

9: The thrill of adventure 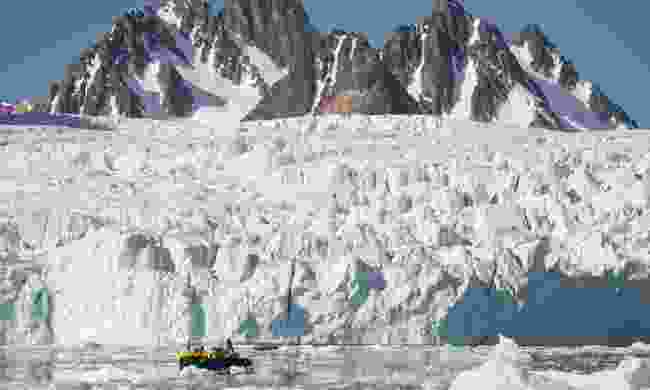 Life onboard an expedition ship sailing along the fjord-notched coast of Spitsbergen gives you a front-row seat on spellbinding scenery, a constant tingle of anticipation for the next big wildlife sighting and a steady stream of insight and information from your naturalist-guides. Depending on weather and ice conditions, you might even get the chance to cross the nautical milestone of 80oN or reach the edge of the permanent pack ice. Shore excursions and activities add to the adventure: one day you might ride the ship’s Zodiacs to the edge of a giant glacier or bird cliff; the next might see you hiking the tundra or sea kayaking across an ice-strewn inlet.

It's also a great opportunity for some escapism. Though Quark Expeditions' ships have full internet and modern comms, trips like these are a chance to cut yourself off from the outside world and embrace the wilderness you're exploring. Switch off your phone, shut down your laptop and head into the great, wild outdoors.

Plan your expedition voyage in summer when the break-up of sea ice allows ships to navigate along the coast of Spitsbergen. The midnight sun shines from around mid-April to late August. Voyages depart from Longyearbyen, with is served by flights from Oslo and Tromso in Norway. Leading polar adventure operator, Quark Expeditions (quarkexpeditions.com) offers small-ship expedition voyages in Spitsbergen ranging from a 9 or 10-day introduction to a fortnight attempting to circumnavigate the island. 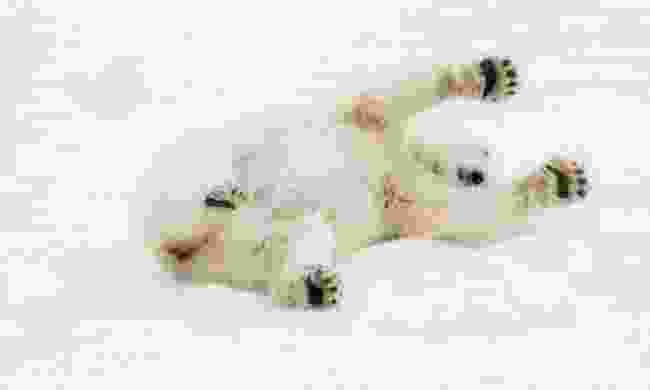 A polar bear in Spitsbergen (Dreamstime) 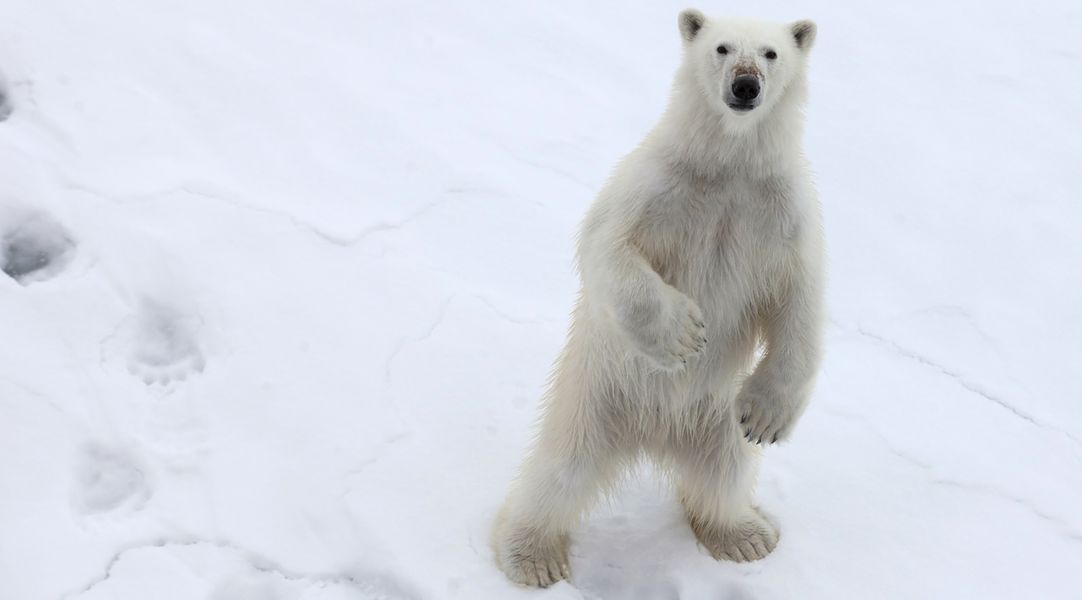 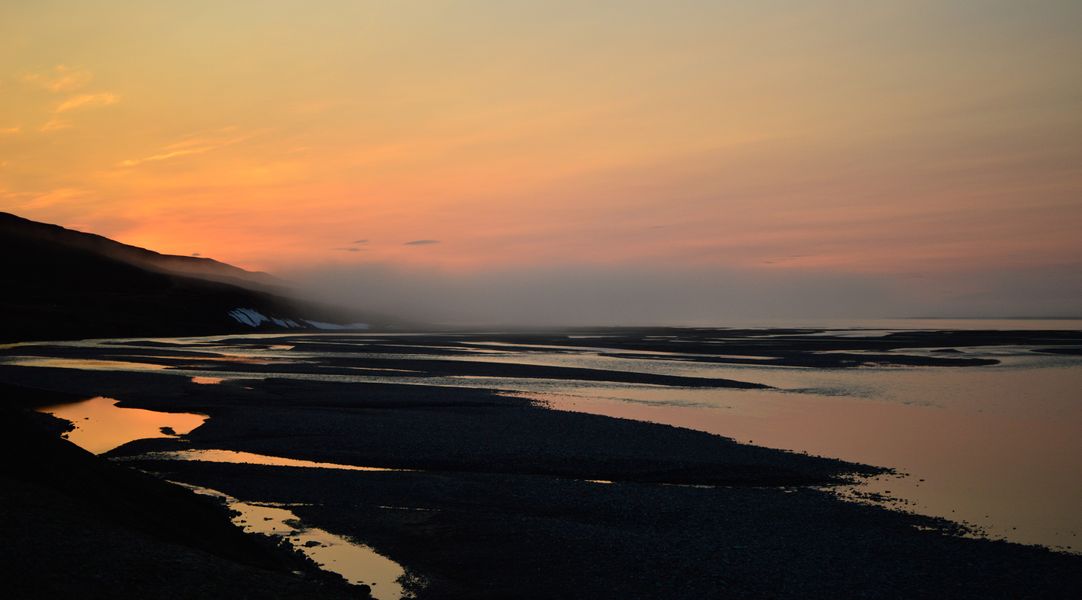 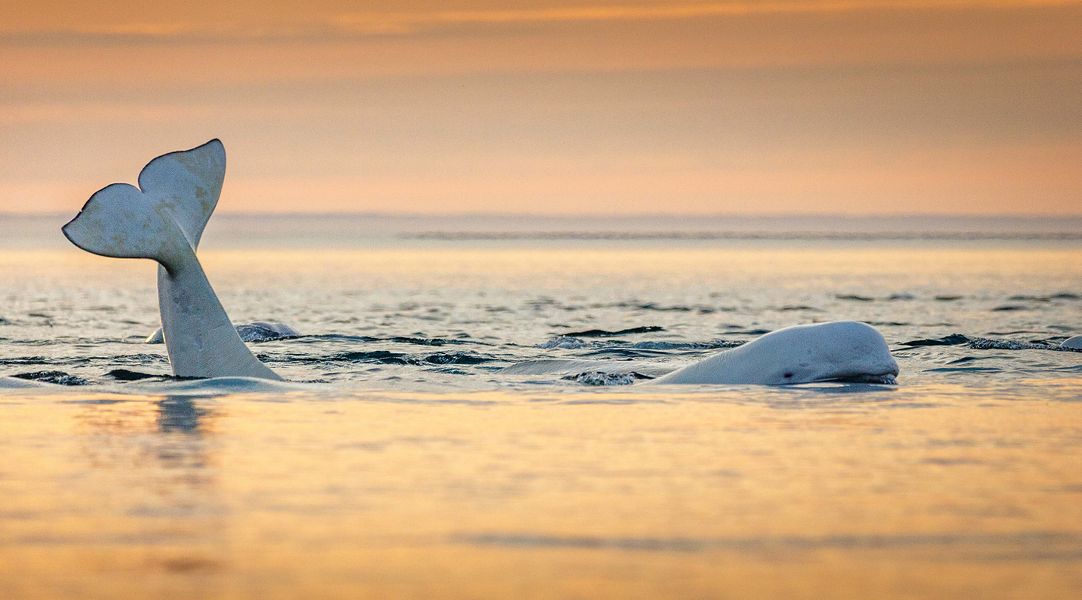